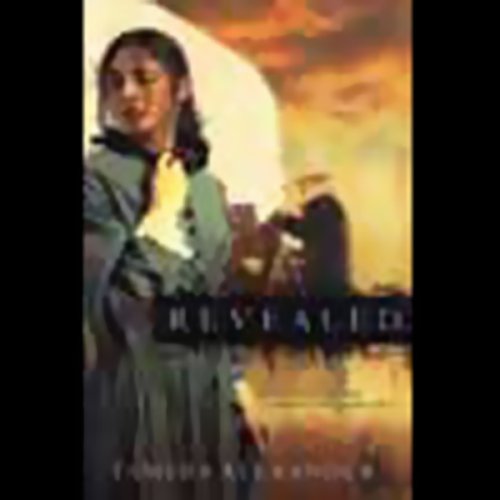 List Price: $38.47
You Save: $20.52 (53%)
By completing your purchase, you agree to Audible’s Conditions Of Use
Sold and delivered by Audible, an Amazon company
Share

4.7 out of 5 stars
4.7 out of 5
299 global ratings
How are ratings calculated?
To calculate the overall star rating and percentage breakdown by star, we don’t use a simple average. Instead, our system considers things like how recent a review is and if the reviewer bought the item on Amazon. It also analyzes reviews to verify trustworthiness.
Top reviews

D bank
5.0 out of 5 stars Another treasure of a story
Reviewed in the United States on September 13, 2020
Verified Purchase
This series is so captivating I think I will buy it in print to keep for years to come and share with others. The lessons I'm taking to heart are invaluable! It's hard to fully let go of the judging attitude I grew up with for other's much "greater" sins. But just because I haven't faced the same temptations or been forced into the same horrible situations resulting in sinful choices doesn't mean I am in any way better or in less need of forgiveness.
This story moved quickly & the characters were very well thought out and presented in a well rounded way. I would highly recommend reading the first book of the series before this one though as it gives more of the backstory and insight into the characters and places. Mrs. Alexander really knows how to put you right back in time and crafts a very realistic journey for the imagination.
Read more
Helpful
Report abuse

Catb
5.0 out of 5 stars Great clean novel
Reviewed in the United States on February 21, 2020
Verified Purchase
I read this immediately following the first book in the series where the author did a great job of introducing these characters. It's a clean book that didnt have any sexual scenes like some romance novels. I've read this author before and sometimes she takes sexual tension too far for me. The main characters had plenty of chemistry, both physically and emotionally, but it was never taken to an uncomfortable level.

My favorite part was how much I disliked Matthew at the beginning of the book! He was such a jerk! But the author didn't great job of shifting him away from that and created a very loveable, real character.

This can be read as a stand alone novel or as part of the series.
Read more
One person found this helpful
Helpful
Report abuse

Justicepirate
4.0 out of 5 stars does not like Annabelle one bit and knows that she worked in ...
Reviewed in the United States on June 9, 2016
Verified Purchase
3.5 stars

Annabelle, who was a minor character in the first book, is now the main character in this book. This book starts out with her becoming a widow. She was not married in the last book, so we learn bits and pieces of her story as we read. Her husband has a ranch in Idaho that she is going to go to in order to get away from Fountain Creek. She puts out an advertisement to get a driver to accompany her along the way, and her husband's brother responds, not knowing she is the widow, nor knowing his brother has even died.

Matthew Taylor, who was also a minor character from the last book, does not like Annabelle one bit and knows that she worked in the local brothel. He is so angry that his brother would marry such a woman. She must have only married him to get out of that brothel but she probably has continued her harlot ways. When he sees Annabelle needs to go to Idaho, he is too desperate for money to refuse.

Another portion of this story involves Annabelle longing to rescue a young girl she knew from the brothel she worked at. She wants to get her out and help her, but has no idea where she has been sent to. Her goal is to have her live with her on her new homestead. She doesn't know how to tell this to Matthew though, because why would he even care?

I enjoyed this story. It was definitely about seeing how people can grow, change, and forgive. It was a historic Christian fiction story that had problems that weren't always so easy to solve. There were times though in reading this that I think the author expect us to figure out what happened, as there are slight gaps here and there.
Read more
4 people found this helpful
Helpful
Report abuse

Nancy
5.0 out of 5 stars Loved it!
Reviewed in the United States on April 21, 2021
Verified Purchase
Annabelle was introduced in the first book of this series and to be honest, I wasn’t interested in reading an entire book focused on her. I was completely wrong. I loved this book from the beginning and didn’t want to put it down. It is a wonderful story of forgiveness of ourselves and others. It encourages us to look beyond our first impressions and see the real person standing in front of us. What we see as a dirty peddler, a gambler, an abusive father, a prostitute, etc is so much more if we just take the time to get to know them. Wonderful story.
Read more
Helpful
Report abuse

Norma Gail
5.0 out of 5 stars Revealed shows a message of God’s love
Reviewed in the United States on March 13, 2021
Verified Purchase
Tamera Alexander has penned a beautiful revelation of God’s love, forgiveness, and redemption—His gift of new life to all who come to Him. Showcased against the backdrop of the frontier West, the hazards of the pioneers, and the heartbreak of man’s inhumanity, the story of Annabelle, Jonathan, Matthew, and Sadie takes hold of the reader’s heart. A must-read tale for lovers of historical fiction!
Read more
Helpful
Report abuse

Kindle Customer
5.0 out of 5 stars Wonderful story.
Reviewed in the United States on March 15, 2015
Verified Purchase
I loved this book and it will be one I read again and again. Annabel is a former prostitute who is bought by a man who loves and marries her. When he dies leaving her pregnant and unable to get from Colorado to their ranch in Idaho by herself, she must hire someone to drive her wagon. Her husband's half brother Matthew, applies for the job. Matthew hates that his brother married someone like her and never misses a chance to tell her. But he needs the job and she knows he won't bother her on the long trip by wagon. The spiritual and emotional growth and the power of forgiveness of one's self and others is revealed throughout the story. The historical setting is a plus and the characters are real and interesting. Love this book.
Read more
4 people found this helpful
Helpful
Report abuse

Wendy
5.0 out of 5 stars Such an inspiring story of hope, grace and redeeming love.
Reviewed in the United States on August 24, 2014
Verified Purchase
I loved this book of redemption and love. What wonderful multi faceted characters Ms. Alexander writes into her stories. I didn't believe it possible that I could love another book as well as I did book #1 of Fountain Creek. However, I was wrong, Annie's story was every bit as good as Kathryn's.

Great storyline that you won't want to put down once you've started, terrifically built characters with human flaws, struggles and misgivings, wonderfully written and highly entertaining...love the added sense of humor. Best of all.. is the writers love of Christ and familiarity with biblical scripture. I am so grateful to have stumbled upon this author, I can't wait to get lost in another one of her novels.
Read more
One person found this helpful
Helpful
Report abuse

Z.D.
4.0 out of 5 stars I Wanted More for Annabelle
Reviewed in the United States on March 7, 2020
Verified Purchase
Annabelle was one of my favorite characters introduced in the first novel of this series. So, I soooo looked forward to this one, thinking of the complete renewal for her. But, it fell a bit short for me. I still enjoyed it, but the first novel remains my favorite.
Read more
Helpful
Report abuse
See all reviews

G. R. Hunt
5.0 out of 5 stars A very good read
Reviewed in the United Kingdom on December 21, 2016
Verified Purchase
A well thought out plot, as was the first book. I highly recommend them both.
Read more
Report abuse

Mrs. Dyvonne Harris
5.0 out of 5 stars Loved it!!!!
Reviewed in the United Kingdom on June 15, 2009
Verified Purchase
This is the 2nd book in the series and i really could'nt leave it down. A worthwhile read and i can't wait to have the time to read the next one in the series.
Read more
Report abuse

Faith
4.0 out of 5 stars I absolutely loved this book!
Reviewed in Canada on November 28, 2016
Verified Purchase
I am such a sucker for a good romance and this is not just a captivating romance but a beautiful story of redemption and grace, not just God's but the grace we have to learn to extend to each other. Well done Tamera Alexander!
Read more
One person found this helpful
Report abuse

Karen Mason
5.0 out of 5 stars Five Stars
Reviewed in Canada on June 13, 2016
Verified Purchase
Heartwarming story!
Read more
One person found this helpful
Report abuse
See all reviews
Back to top
Get to Know Us
Make Money with Us
Amazon Payment Products
Let Us Help You
EnglishChoose a language for shopping. United StatesChoose a country/region for shopping.
© 1996-2021, Amazon.com, Inc. or its affiliates