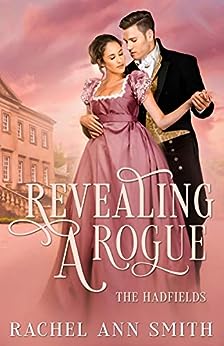 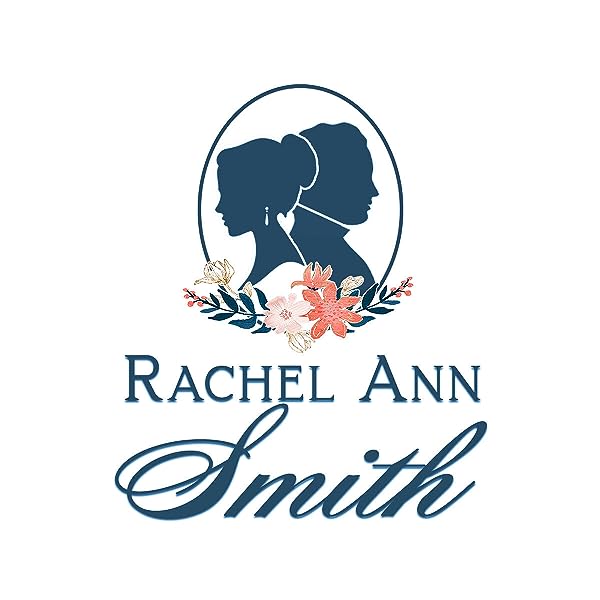 by Rachel Ann Smith (Author) Format: Kindle Edition
Book 1 of 3: The Hadfields
See all formats and editions
Sorry, there was a problem loading this page. Try again.

For years she worked for him…

…and was loyal to a fault.

Why did she let herself yearn for a man, with whom she had no future?

As secretary at Neale & Sons barristers, an unusual occupation for a woman, little surprised Miss Bronwyn Cadby. It was eight years ago that she dared to apply for the position, and Landon Neale made her heart leap.

She was nothing if not…

…grounded in reality and she was no blushing debutante.

Bronwyn was many things, smart witty and skilled with a dagger. Organized and clever, she knew their secrets and was never caught off guard. Then it happened.

He asked her the one question, for which, she was ill-prepared.

As panic set in, unsure how she should respond, she did the one thing that made sense and bought some time.

And thus, their journey began.

You’ll love this friend to lovers Regency Romance, because she’s a woman who’s one insecurity makes getting to the HEA the adventure of a lifetime.

When Rachel isn’t writing, she loves to read and spend time with the family. She is frequently found with her Kindle by the pool during the summer, on the side-lines of the soccer field in the spring and fall, or curled up on the couch during the winter months.

She currently lives in Colorado with her extremely understanding husband and their two very supportive children.

4.0 out of 5 stars
4 out of 5
126 global ratings
How are ratings calculated?
To calculate the overall star rating and percentage breakdown by star, we don’t use a simple average. Instead, our system considers things like how recent a review is and if the reviewer bought the item on Amazon. It also analyzes reviews to verify trustworthiness.
Top reviews

MM-E
4.0 out of 5 stars TO BE AN ACCEPTABLE WIFE
Reviewed in the United States on November 3, 2020
Verified Purchase
A reluctant lady agrees to marry the man she's loved for several years. Working as his secretary in his profession as a barrister changes
when he becomes an Earl and rises to the top of the PORF. Insecurities for their different social positions haunt her, but the man she loves with some help from family and friends are determined to change her mind. The bedroom door, plus the carriage and the library are wide open and leave very little to the imagination.
Reads very quickly with an HEA. Interesting series with interconnecting characters.
Read more
4 people found this helpful
Helpful
Report abuse

Lana Birky
4.0 out of 5 stars A Romantic Journey to Gretna Green
Reviewed in the United States on September 11, 2021
Verified Purchase
I enjoyed this first book in a new series (it is a spin-off of an earlier series) & we met up with some past characters which was fun. Landon Neale, Earl of Hadfield & former barrister, has decided to marry after being on the Continent for a couple of years & has found that his secretary of six years, Bronwyn Cadby, would be the perfect wife & countess for him - she is lovely, intelligent, puts him in his place & he has a tender for her; now he must convince her to marry him. Bronwyn is shocked when the man she has loved for years but does not know her feeling, demands their marriage saying she fits his perfect wife & countess requirements. She has been sworn to safeguard him for all these years & she must keep him from making the biggest mistake of his life in choosing her instead of a society lady. Her ploy to elope to Gretna Green using the time to sway his opinion turns into a wonderful & steamy romance but it is not until they are married that they realize how they both had felt about each other for years! I highly recommend this book for an entertaining read with no drama or angst & just a lovely romance between two people.
Read more
Helpful
Report abuse

The Merry Windchime
3.0 out of 5 stars Continuation of another series
Reviewed in the United States on March 23, 2021
Verified Purchase
Although this book is listed as the first in The Hadfields series, it is actually a continuation of another series, Agents of the Home Office. Many of the characters in this book appeared in the books of the earlier series. There really didn't seem to be a lot of action in this novel but a lot of sex. I would have preferred to have had a more challenging plot to enjoy.
Read more
Helpful
Report abuse

Frank McDermott
5.0 out of 5 stars My Heart and Head Must Agree
Reviewed in the United States on May 3, 2021
Verified Purchase
Brownyn and Landon’s story was a bit different as a Regency novel but most entertaining and informative. I’ve read a lot of them, yet the content was really different while being an amazing love story.
Read more
One person found this helpful
Helpful
Report abuse

Catherine L. Hines
3.0 out of 5 stars PORF?
Reviewed in the United States on March 21, 2021
Verified Purchase
I felt that this story was just an introduction to the series--not a lot of meat to it. There was more concern as to the structure of the agency than what was done to secure the protection of the Royals. Was there a book before this? Plus it was too graphic. I doubt that I will read the next books in the series as it will be more of the same.
Read more
Helpful
Report abuse

KG
5.0 out of 5 stars Spicy and engrossing
Reviewed in the United States on August 30, 2021
Verified Purchase
I absolutely loved this story. All the characters were 3D and realistic, the plot engaging, the bedsport (as she put it!) was SPICY, at least for me. I was completely immersed in the story until life interrupted and I wanted to get back to reading as soon as I was able. You will enjoy this story!
Read more
Helpful
Report abuse

Sheila
5.0 out of 5 stars Wonderful Story
Reviewed in the United States on March 26, 2021
Verified Purchase
Main characters are meant for each other. Lots of sexy moments. Lots of warmth and and repartee. Easy to get into their relationship and enjoy with them.
Read more
One person found this helpful
Helpful
Report abuse

Krystal
2.0 out of 5 stars Couldn't connect to the characters
Reviewed in the United States on October 20, 2020
I had a difficult time connecting to this novel. To begin with, there is a whole secondary plot that revolves around these characters. A "secret society" called the Network and another even more secret society that are known as the Protectors of the Royal Family (or PROFs for short). Time and again, we see this moniker used (as Landon also happens to be the head PROF), but we never actually learn about what they do, or what makes him so important. In fact, there are so many people thrown into this story that are members of one or the other of these societies that it becomes muddled just who is who.

I also struggled a lot with Bronwyn. We are lead to believe that this is a character unlike any other heroine of the time period, with her fiery personality and keen mind (she holds a position that until her had been held only by men for crying out loud). And for awhile she is everything she was promised to be. But then she marries Landon and completely loses herself. Instead of being the woman we have gotten to know up until this point she starts seconds guessing herself, and allowing what she perceives as others opinions of her to be dictate that she isn't good enough to be Landon's wife. First, she hides away during a house party, refusing to be introduced until the last couple arrives, and even then she waits until the last possible moment so that introductions cannot be made until after dinner. A dinner of course, where she decides she can never live up to the other ladies and flees in the night. Also, we are lead to believe that she is somehow meant to protect Landon, but we never see an instances of this either.

Overall, I believe there were a lot of missed opportunities with this one. Chances to show off Bronwyn in her role as protector (which also may have helped with her lack of self-esteem) or even the PROFs or the Network in action). Or heck, even just the two of them settling into their roles as husband and wife OUTSIDE of the bedroom. Because I mean, don't get me wrong, I'm no prude by any stretch of the imagination, but if you read one sex scene in a book, well you've read all the sex scenes in that book. Nothing really changes. We get it, they enjoy bed sport. Nothing wrong with that, but give us more to go on. And a little more explanation as to how Bronwyn's father can refuse to "recognize" the marriage until his daughter gets the PROF tattoo would have been enjoyed as well. For all the talk of Landon being the highest ranking among the group, they sure seemed to be able to ignore what he said with no problem.

Even with these things, I would give this author another shot later on down the road if I happen to come across another of her stories just to see how they might compare to this one.

DISCLAIMER: I received a complimentary copy of this novel in exchange for my honest review. This has not affected my review in any way. All thoughts and opinions expressed in this review are 100% my own.
Read more
6 people found this helpful
Helpful
Report abuse
See all reviews

kk
1.0 out of 5 stars Annoying
Reviewed in Australia on April 21, 2021
Verified Purchase
Just an excuse for the sex scenes really. The plot is pretty much non-existent, with an organisation to protect the royal family that seems to do nothing except be mysterious, and the denouement is obvious. There are many anachronisms and factual errors (a special licence issued when the hero doesn’t know the heroine’s surname, the business about hereditary vs life peers, and calling the east end the east side, for example). Don’t bother with this tosh.
Read more
Report abuse
See all reviews