Due Date: Aug 08, 2022 Rental Details
In Stock. Rented from RentU , Fulfilled by Amazon

Fulfillment by Amazon (FBA) is a service we offer sellers that lets them store their products in Amazon's fulfillment centers, and we directly pack, ship, and provide customer service for these products. Something we hope you'll especially enjoy: FBA items qualify for FREE Shipping and .

If you're a seller, Fulfillment by Amazon can help you grow your business. Learn more about the program.

Sold by Tome Dealers and Fulfilled by Amazon.
Available at a lower price from other sellers that may not offer free Prime shipping.

Available at a lower price from other sellers that may not offer free Prime shipping.
This new edition of George A. Kennedy's highly acclaimed translation and commentary offers the most faithful English version ever published of On Rhetoric. Based on careful study of the Greek text and informed by the best modern scholarship, the second edition has been fully revised and
updated. As in the first edition, Kennedy makes the work readily accessible to modern students by providing an insightful general introduction, helpful section introductions, a detailed outline, extensive explanatory notes, and a glossary of Aristotle's rhetorical terms. Striving to convey a sense
of Aristotle's distinctive way of thinking, Kennedy preserves the meaning and technical language of the original text, explaining it in detail as opposed to simplifying it as other translations do.

Updated and expanded in light of recent scholarship, the second edition features:

* A revised introduction with two new sections: "The Strengths and Limitations of On Rhetoric" and "Aristotle's Original Audience and His Audience Today"
* A more user-friendly format: running heads now include book and chapter numbers
* An updated bibliography
* Revised appendices that provide translations of new supplementary texts--Socrates' Critique of Sophistic Rhetoric; Lysias' Speech Against the Grain Dealers; two selections from Isocrates (from Against the Sophists and from the Antidosis); selections from Rhetoric for Alexander; and Demosthenes'
Third Philippic--and an extensive revision of George A. Kennedy's essay "The Earliest Rhetorical Handbooks"

New: Sarah Selects
Sarah Selects is a new book club hosted by Amazon Editorial Director Sarah Gelman. Whenever Sarah finds a book that sticks with her, she loves to recommend it to her friends and family. These books are the books she's sharing, so members can talk about them after they’re done reading. Join the club to view and reply to posts from Sarah and get email updates when the July book is chosen. Join the club.


Praise for the previous edition:

"[This book] is much more than a translation; it is a guide to the literature, a mini-commentary, and a do-it-yourself manual to understanding Aristotle. . . . [It] deserves to be the standard translation for decades to come."--Quarterly Journal of Speech
"George Kennedy has taken on a difficult job--providing a scholarly edition of the Rhetoric that will also serve as a textbook for students--and has succeeded admirably. His introduction gives an excellent overview of Aristotle's work and is a pleasure to read. The chapter-by-chapter outline is
magnificent."--Erika Lindemann, University of North Carolina at Chapel Hill
"Easy-to-read, trustworthy, and has the added distinction of bringing out more clearly than any other translation the way Aristotle's reasoning works. It will improve the general state of Aristotle studies in the English-speaking world."--Thomas Conley, University of Illinois
"Kennedy's extensive use of footnotes and careful editing allow students access to Aristotle's writings as few other translations are able to do. This book is a must for any contemporary study of classical rhetorical theory."--James J. Tarbox, Oregon State University

George A. Kennedy is at University of North Carolina at Chapel Hill (Emeritus).
Tell the Publisher!
I'd like to read this book on Kindle 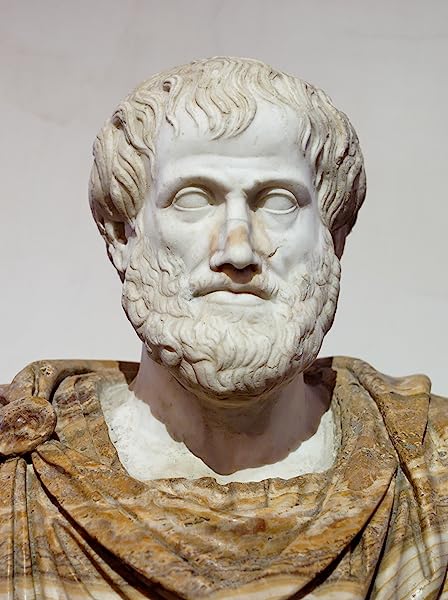 Aristotle (/ˈærɪˌstɒtəl/; Greek: Ἀριστοτέλης [aristotélɛːs], Aristotélēs; 384–322 BC) was a Greek philosopher and scientist born in the city of Stagira, Chalkidice, on the northern periphery of Classical Greece. His father, Nicomachus, died when Aristotle was a child, whereafter Proxenus of Atarneus became his guardian. At eighteen, he joined Plato's Academy in Athens and remained there until the age of thirty-seven (c. 347 BC). His writings cover many subjects – including physics, biology, zoology, metaphysics, logic, ethics, aesthetics, poetry, theater, music, rhetoric, linguistics, politics and government – and constitute the first comprehensive system of Western philosophy. Shortly after Plato died, Aristotle left Athens and, at the request of Philip of Macedon, tutored Alexander the Great starting from 343 BC. According to the Encyclopædia Britannica, "Aristotle was the first genuine scientist in history ... [and] every scientist is in his debt."

Teaching Alexander the Great gave Aristotle many opportunities and an abundance of supplies. He established a library in the Lyceum which aided in the production of many of his hundreds of books. The fact that Aristotle was a pupil of Plato contributed to his former views of Platonism, but, following Plato's death, Aristotle immersed himself in empirical studies and shifted from Platonism to empiricism. He believed all peoples' concepts and all of their knowledge was ultimately based on perception. Aristotle's views on natural sciences represent the groundwork underlying many of his works.

Aristotle's views on physical science profoundly shaped medieval scholarship. Their influence extended into the Renaissance and were not replaced systematically until the Enlightenment and theories such as classical mechanics. Some of Aristotle's zoological observations, such as on the hectocotyl (reproductive) arm of the octopus, were not confirmed or refuted until the 19th century. His works contain the earliest known formal study of logic, which was incorporated in the late 19th century into modern formal logic.

In metaphysics, Aristotelianism profoundly influenced Judeo-Islamic philosophical and theological thought during the Middle Ages and continues to influence Christian theology, especially the scholastic tradition of the Catholic Church. Aristotle was well known among medieval Muslim intellectuals and revered as "The First Teacher" (Arabic: المعلم الأول‎).

His ethics, though always influential, gained renewed interest with the modern advent of virtue ethics. All aspects of Aristotle's philosophy continue to be the object of active academic study today. Though Aristotle wrote many elegant treatises and dialogues – Cicero described his literary style as "a river of gold" – it is thought that only around a third of his original output has survived.

Lara Lee
5.0 out of 5 stars Kennedy Makes Aristotle Easy
Reviewed in the United States on May 31, 2013
Verified Purchase
I received the George Kennedy translation when I ordered the book. I bought this book for a college rhetoric class, and it's one of the few textbooks I've kept! If you've ever read Aristotle, you know that he can be a tedious read. What's more, is that this text was essentially his "lecture notes," so it's not exactly cleaned-up. Fortunately for us students, Kennedy's summaries preceding each chapter and the footnotes following each page proved absolutely invaluable. He highlighted key concepts, revealed ambiguities (e.g. the enthymeme from a syllogism), and did all that in a more familiar, vernacular language where possible. If you're reading Aristotle, get this book!
Read more
8 people found this helpful
Helpful
Report abuse

MadisonH
5.0 out of 5 stars wonderful book for any rhetorical scholar
Reviewed in the United States on June 3, 2013
Verified Purchase
It was definitely definitely worth the price. I knew very little about Aristotle at the beginning of the grad level course I was taking. I bought this book on the chance it would be beneficial to my understanding of the required texts. It worked. Kennedy's analysis provided valuable insight that I wouldn't have gained from our normal textbook. Must buy :-) :-)
Read more
4 people found this helpful
Helpful
Report abuse

Anikah
5.0 out of 5 stars Needed this book for class.
Reviewed in the United States on January 23, 2019
Verified Purchase
I actually really liked this book, and I read even further than I was supposed to for class, haha.
Very interesting read, and I learned much more than I thought I would.
Read more
2 people found this helpful
Helpful
Report abuse

laura157
5.0 out of 5 stars Great footnotes
Reviewed in the United States on October 3, 2008
Verified Purchase
The footnotes on this text are great. A lot of the wording can be heavy for a first read-through of Aristotle, and Kennedy does his best to make Aristotle more accessible to people who are new to Rhetoric.
Read more
6 people found this helpful
Helpful
Report abuse

FRANCESCO FERZINI
5.0 out of 5 stars Logic, human character and emotions
Reviewed in the United States on June 3, 2011
Verified Purchase
"Rhetoric may be defined as the faculty of observing in any given case the available means of persuasion" (pg. 4).
Logic, human character & emotions deep understanding are the key ingredients of Aristotle's receipt and, despite it was written quite some time ago, it will never be out-of-date for all of us who are involved into human interactions.
Read more
One person found this helpful
Helpful
Report abuse
See all reviews