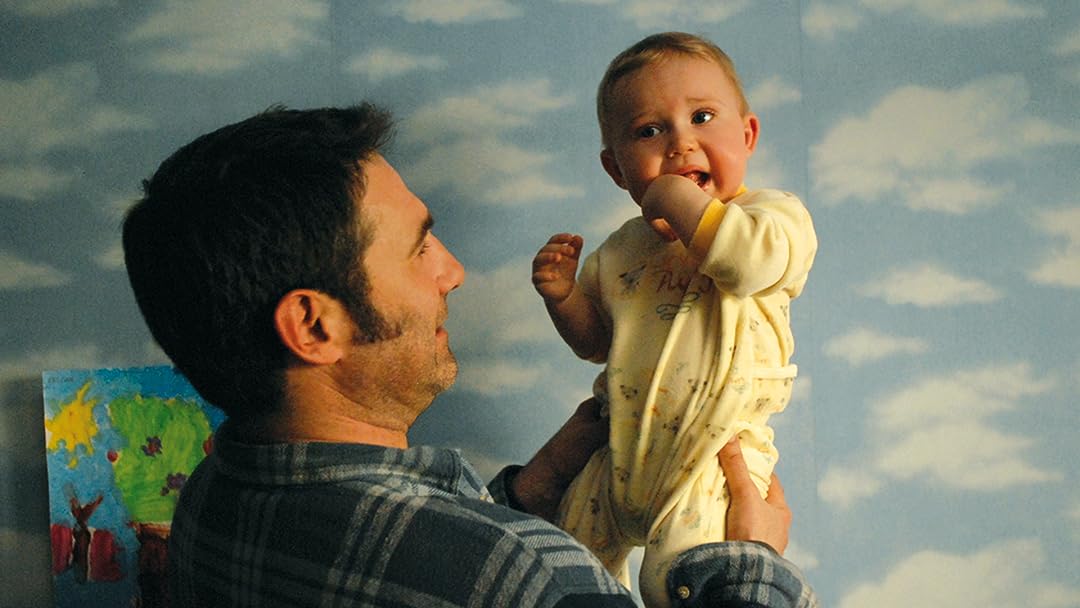 PegCotReviewed in the United States on March 22, 2013
5.0 out of 5 stars
Compelling, beautiful movie.
Verified purchase
Right from the start, this movie grabs you and draws you in. The actors portray their characters so sensitively, and they are believable, even with this crazy premise. When the movie ended, I had so many questions, and that's a good thing. I wanted to watch it again, and when I watched it a second time a few months later, I loved it even more. The ending is very beautiful, very symbolic, and I feel it is up to you to decide if it is symbolism, haluecinations, or truly happened. This movie compelled me to watch every movie I could get my hands on by the director Francois Ozon, and some were really good and some were really weird, but they were all interesting and very compelling.

Will VicenzaReviewed in the United States on November 7, 2021
1.0 out of 5 stars
WTF
Verified purchase
The leap of faith it took to enjoy this movie was beyond me. This, in the end, was the stupidest movie I've ever wasted 90 minutes on. This is not to mention that the patriarchal nature of French culture is on full display here. Good Lord.

Stargazer 14Reviewed in the United States on October 10, 2018
5.0 out of 5 stars
Great movie
Verified purchase
I really like foreign films. This one is one of my favorites.

NightReviewed in the United States on April 19, 2011
5.0 out of 5 stars
I loved this movie!
Verified purchase
I watched this on Netflix streaming. I watch many foreign films so having subtitles is no biggie. This baby is adorable, the storyline is funny, dark, and at times sad.
However I believe this child is truly divine, and no human can have him. He saves his Mother's life eventually, and he is charming, beautiful, delightful, and it seems he's truly having a blast with what he appears to do in the movie. I thought the special effects were fantastic, and beautiful. I am buying this movie to add to my many movie gems.

I hardly ever send in a movie review, this one is worth it. I adored this little guy.
[[ASIN:B004JWWT2C Ricky]]

titleneReviewed in the United States on July 18, 2012
4.0 out of 5 stars
Ricky's review
Verified purchase
I thought that this movie was really beautifully made. The baby was a true miracle. The ending however I felt should have been different.

James N SimpsonReviewed in the United States on May 17, 2017
3.0 out of 5 stars
Ridiculous Final Part of the Movie Makes an Already Far-fetched Story Like a Cartoon
Ricky is a movie that is great in parts, but pretty badly written in others. I've never seen or heard of another movie with this subject matter so it's got that going for it. However Ricky doesn't appear until a fair way into the movie around the 20 minute mark when he's born. We see him conceived in a poisons factory bathroom and other stuff before this which isn't that interesting and really could have been condensed so we could have had more of the Ricky action if this movie had length constraints. It also oddly has a spoiler scene at the start, that makes no sense. The first thing we see is Ricky's mother begging to put Ricky into a foster home, when the government assesor of whoever the woman on the other side of the desk asks why, she say Ricky's dad left us, Ricky won't stop crying. Yet when we watch the rest of the events in the film which are obviously a flashback, this scene makes no sense as at no time does she ever want to give Ricky up for adoption, or temporarily to a foster home.

Giving credit where it's due, as people talking about acting performances often ignore kid characters in film and this one deserves recognition. Mélusine Mayance who plays Lisa, the already existing daughter was brilliant. She was completely believable one at being the daughter of the mother, something a lot of kid actors struggle to make the viewer believe, also initially a young girl growing up in a struggling financial single parent household, then one coping with a strange man being forced into her life who is obviously a bit untrustworthy but at that stage her mother is oblivious or happy to ignore it just to have a man in her life. Then Lisa's a child who copes with having a screaming baby brother, then having to stay in the flat and look after him while the mother is out, then they discover Ricky is a special baby brother and everything that comes with that. Both the mother and father of Ricky actors weren't always believable, but it's the Lisa character that makes everything work.

Ricky is the tale of Katie, a single mother who is living a pretty depressed life working at a poisons from what I can tell (this is a French language movie with English subtitles) factory. One day a new fellow employee catches her eye, later he sits down to bum a cigarette off of her, this of course leads to some baby making action in the toilets where she is reprimanded for being late back to her shift at her station along the conveyor belt. It's not long before she tells her daughter who discovers the two at their flat's table having breakfast, that Paco, this strange large man she's never seen before will be living with them now. Soon the film jumps in time to Katie giving birth where Lisa asks Paco what her brother's name will be (for some reason Paco isn't in the delivery room). He asks what she would call it, she suggests Ricky. So that's what the baby's called. But Paco's a bit of a deadbeat dad, Katie is getting more and more stressed out, and yells at Paco whenever he decides to come home. Paco volunteers to do the right thing and look after Ricky so she can go out, but when she returns she notices a large bruise over one shoulder blade. Paco isn't impressed when she accuses him of dropping Ricky. When a bruise appears on Ricky's other shoulder blade, Katie again accuses Paco, he's had enough and is out the door. But the bruises weren't caused by Paco. Then the uniqueness of the story kicks in.

The movie from that point is pretty good. Any thoughts you'd had of giving up on it are completely gone at that stage. There's some cool visual scenes and the props/special affects in regards to the different parts of Ricky are pretty well done. Unfortunately the final part of the film is completely unbelievable. The already obviously far-fetched film with the premise it has, just became something only a little kid would maybe believe. Spoilers for the ending in the final paragraph with also gives away the surprise factor of what makes Ricky special as well if you choose to read on.

There is no way Ricky would have survived once he flew off. Even though he has wings and somehow knows how to use them to fly, he's still a baby. What did he eat while in the wild? How did he survive the sun and the cold and whatever else the weather threw at him. Let alone birds of prey and other predators. Not to mention human predators who would have been looking for this famous flying baby. Plus how dumb are Paco and Katie, why would you not reveal him to the highest bidder media inside an enclosed area? If you were going to take him outside surely you'd use something stronger than string, and even if you used that surely you'd tie it to your wrist not just hold the end of it. Why did child services never turn up?
2 people found this helpful

M. Del CarpioReviewed in the United States on May 3, 2011
4.0 out of 5 stars
Bravo Ozon!!!!
I give it up to Francois Ozon for making a film that takes a chance. At first I had no idea what the movie was really about. All I was able to gather from trailers and such was that it was about a special baby... a very special baby.

The movie is delightful. I feel the ending was a little unexplained but perhaps that was the point!? Babies come into our lives for different reasons. I would say some save our lives and others help us realize things we'd never thought possible before. Perhaps I'm diving too deep into this but the ending I feel is left open to interpretation.

Francois Ozon is a great filmmaker and we're lucky to have him working on projects that are personal to him but yet universal enough to keep us intrigued.

Personal favorites are Swimming Pool, Time To Leave, Angel-despite being a little too melodramatic and now Ricky.
3 people found this helpful
See all reviews
Back to top
Get to Know Us
Make Money with Us
Amazon Payment Products
Let Us Help You
EnglishChoose a language for shopping. United StatesChoose a country/region for shopping.
© 1996-2021, Amazon.com, Inc. or its affiliates