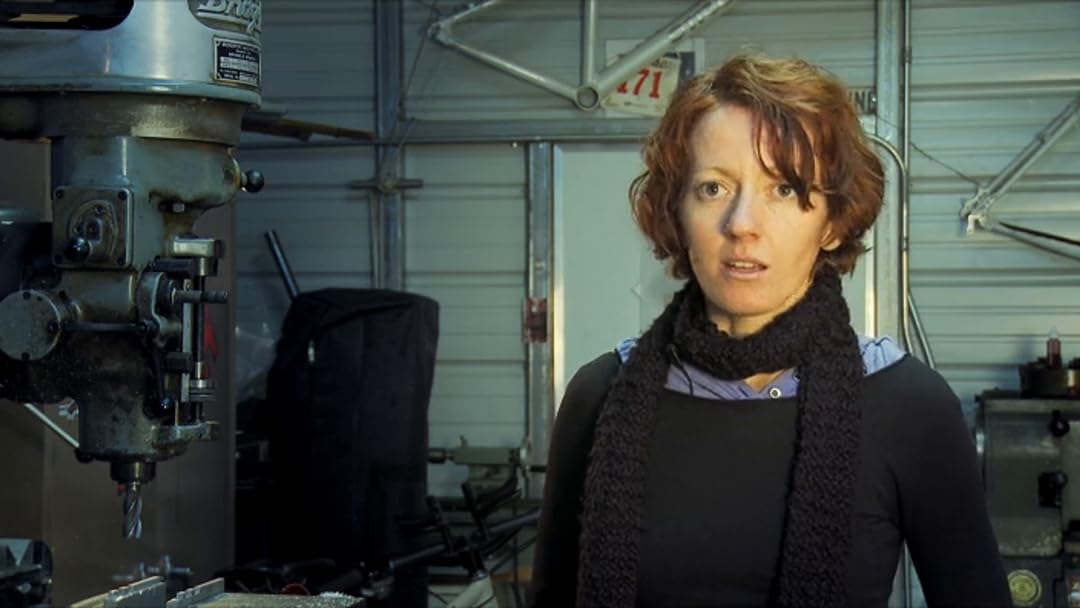 (268)
7.11 h 20 min2010ALL
A small group of adventurous mountain bikers attempt to race the longest mountain bike route in the world, traversing over 2700 miles along the Rocky Mountains from Banff, Canada to the Mexican border.

RubyCReviewed in the United States on March 2, 2017
3.0 out of 5 stars
I LOVE a cycling documentary
Verified purchase
It was okay......... now, having said that, I LOVE a cycling documentary, so I figure I got my 2.99 worth from it. however.... although same director, it just wasn't up to Inspired to Ride which I've watched all the way trough at least three times now. The characters in Ride to Divide either weren't as interesting as in the other documentary, or the director didn't do the character development that was so awesome in the Inspired to Ride. I would recommend this documentary to anyone who loves cycling documentaries, but don't expect it to be at the same level of enjoyment as Inspired to Ride was. What I took away from this film is I would never, never, NEVER want to ride the divide, while I am actually contemplating riding the Trans America cycling trail some day.
3 people found this helpful

John FrascaReviewed in the United States on August 22, 2021
5.0 out of 5 stars
Exciting well written adventure in the mountains
Verified purchase
I felt like I was right there with Nathan. It reminded me of the 3month mountain climbing adventure I had right after 5 years at a university 50 years ago. I also recommend viewing the documentary Ride the Divide. This documentary inspired Jason to take on this challenge.

B. LagmanReviewed in the United States on January 19, 2014
4.0 out of 5 stars
Loved it.
Verified purchase
Perhaps this documentary appeals only to those who mountain bike or bike in general. I think you have to have some frame of reference for this type of ride/race in order to understand the sheer magnitude of the challenge. As for the film... I enjoyed it completely. Filming the GDR had to be a huge challenge as it is a race like no other. There were certainly times when I wished the crew could have captured certain shots and even parts of the race (Banff snow crossing) that we weren't privy to, but that's the nature of this unbelievable event; no race banners and support stations, no fancy sponsorships and some of the most unrelentingly beautiful terrain. I once rode my mountain bike 30 miles in rough conditions without stopping. I whined like a little baby, was completely wiped out for the rest of the day and sore for at least another four. After watching these brave souls ride the Divide, I will never complain again.
4 people found this helpful

SchwarzReviewed in the United States on May 9, 2016
3.0 out of 5 stars
Some beautiful footage in there too
Verified purchase
I got my money's worth. Fascinating subject matter if you are into cycling/bikes/backpacking type things. Some beautiful footage in there too. However, the over all execution of this documentary was rather weak most likely due to a limited budget and/or crew. Too many times someone has to explain an interesting event that has taken place instead of us audience members actually seeing it. The main 'characters' are underdeveloped because of this. Still, there is a great documentary waiting to be made here because the ride itself is just that cool. Overall, not a bad watch if you're into adventure biking.
4 people found this helpful

I've ridden a lot of the northern route at various times since about 2006. Never the full route at one time. None of the NM area. Frankly, as described in the movie, there are some very boring stretches when you wish someone was there with you. That leaves the landscape as your primary entertainment which can be extremely beautiful. And you have to remember in 2009, there weren't many people racing the TD. Last month over 150 were at the grand depart. Bicycle companies now have bikepacking / adventure specific hardware. So the TD and bikepacking in general have become more mainstream in a lot of ways. That affects the movie today.

The movie falls short in three ways:
1. Scenery... didn't seem to capture it very well at all. It's way more beautiful than shown.
2. Personal stories... pretty thin and not well developed. really wanted some more personal stuff.
3. The difficulty of the ride as a whole was glossed over. Just did not address it enough visually or in a quantifiable way.

Looking at the movie 6 years removed, the amateurism of it all really does match what the TD event ethos. Self-supported, kind of off the grid... grass-roots style. What the movie lacks is also why it's endearing to the TD around the release date (2009-2010). I'm sure in another four years, this movie will be a touchstone. But in 2016, the TD different. So different that I think they should either make a new movie, or a sequel.

Use the movie Meru as a guide to capturing the three shortfalls above. Get more rider-produced content in the story.

B MReviewed in the United States on May 15, 2015
5.0 out of 5 stars
Great adventure
Verified purchase
I enjoyed this documentary very much. While I am an avid mountain biker, these riders are from another planet. Very cool that there are people out there willing to take on an epic adventure riding from Canada to Mexico. This ride is on my bucket list but will take a much slower pace than these animals!
4 people found this helpful
See all reviews
Back to top
Get to Know Us
Make Money with Us
Amazon Payment Products
Let Us Help You
EnglishChoose a language for shopping. United StatesChoose a country/region for shopping.
© 1996-2022, Amazon.com, Inc. or its affiliates