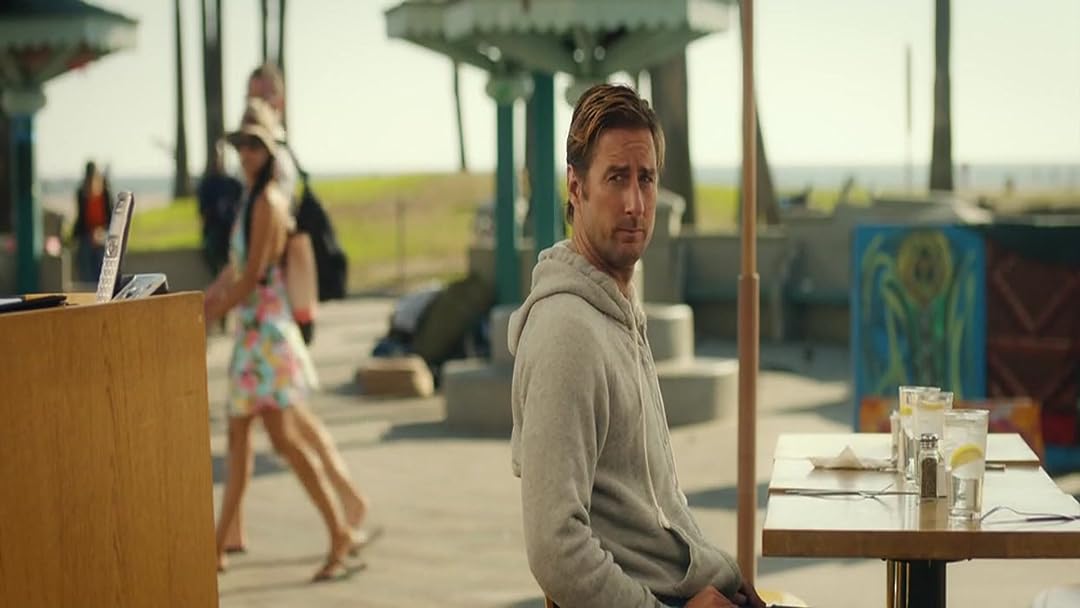 (367)
5.71 h 33 min2015X-RayR
When her son (Brenton Thwaites) drops out of school in New York, a mother (Helen Hunt) drops everything to follow him to California. There, with help from an expert surfer (Luke Wilson), she finds a fresh start of her own in this hilarious and touching film about a mother, her son, and so much more.

KerrieReviewed in the United States on September 10, 2018
5.0 out of 5 stars
A movie for parents definitely
Verified purchase
As my oldest heads toward adulthood and is also a boy, I found myself connecting with this movie and crying! The plot twist just made it all more complicated, but that's how life is. And life does not explain everything to us. To those who review this who were confused or "wanted more" ... that's life. Confusing and incomplete. Healing is not easy work, and we involve those closest to us in our messes until we can hopefully figure it out. Sometimes someone is put in front of us who we least expect to give us wisdom yet there it is, and we have to grab onto it. Check out this movie.
23 people found this helpful

GigiReviewed in the United States on July 12, 2019
4.0 out of 5 stars
sweet little film
Verified purchase
This is a film about an over-indulgent mother that involves herself in her son's life more than he can handle. It's about the pain of letting go. They're both writers, she's clearly more experienced than he is, and she never lets him forget that. He wants her validation but otherwise, pulls away. In her attempts to win him over, she learns how to do the one thing he can do that she can't: Surf. The Ocean should be nominated for an Oscar in this film because it has a large and formative part and it's consistently funny. The parts with The Ocean hit the bulls eye.

IMO, there were several moments filled with dialogue that would have been better served without it. I was tied to the film by its quiet moments. IE: her son tells a girl that his brother died and the camera stays on the girl, which is great, because (unlike most people and actors), she is really listening; the mother floats in the ocean, in peace, with her dead son's ashes; the last scene has her waxing her board and surfing by herself, as if to say she IS okay alone. Well done.

I had no idea that Helen Hunt wrote and directed the story until I saw her name on the screen when it was over. I hope she keeps writing.

E. ThompsonReviewed in the United States on October 14, 2018
1.0 out of 5 stars
Avoid! Terrible.
Verified purchase
I kept thinking it would get better. It didn’t. I don’t exactly know what the point was. The plot sucked. The characters sucked. And the entire time I kept thinking about Helen Hunt’s terrible plastic surgery. She looks terrible. The acting is terrible. This movie is terrible.
19 people found this helpful

Critical MassReviewed in the United States on August 9, 2015
5.0 out of 5 stars
BUCKLE YOUR SURFBOARD IT'S GOING TO BE A BUMPY BUT ENJOYABLE RIDE
Verified purchase
RIDE is what might have once been called a "dramedy". But it's far more than that - a serious drama with hilarious moments. The movie stars the irrepressible, underrated, and always reliable Helen Hunt (who also wrote, produced, and directed). She comes across as the "poor man's" Jodie Foster but with a sense of humor. She plays the part of a highly successful book editor but overprotective mother. The tragic loss of an earlier child evidently caused her to lose her marriage and cast an overbearing watchful eye on her 20 year old (played by upcoming star Brenton Thwaites - Maleficent, Oculus, The Giver, Blue Lagoon: the Awakening, Son of a Gun) who is also an aspiring writer. His mother's smothering attention forces him to suddenly leave college and NYC and stay far away with his father and new family in sunny California where he is free to surf and write. However, Hunt pursues him to CA and with the help of a limo driver (smartly played by David Zayas - Gotham, Dexter, Oz) keeps tabs on her son from a distance. It is now that the film takes a humorous turn as Hunt secretly follows her son around in the rented limo and also experiences a clash of worlds between NYC and CA. To fit in and continue her "spying", she also retains the services of Luke Wilson (Legally Blonde, Charlie's Angels, etc.) to teach her how to surf. Her interaction with the ocean waves and Wilson (who gives a low key but fine performance) is both comedic and symbolically significant. For, in the end, we have a "coming of age" story that casts a wide net as both mother and son adjust to their new worlds, each other, relationships in general, and what is truly worthwhile. Bottled up emotions pour out and, in a kind of general catharsis, free our major characters in such a way that they can begin to enjoy life anew. Even with a stunt double, Hunt gives it her physical all; and her interaction with Thwaites is credible, energetic, and realistic. Kudos to Hunt & Co.!
35 people found this helpful

Rhonda H.Reviewed in the United States on June 4, 2019
1.0 out of 5 stars
Depressing, difficult to watch ... and it doesn't get better as it goes along
Verified purchase
One thinks that it might get better once the filming moves from NYC to California ... but it doesn't. This is a story of broken relationships that are 'glossed over' but never healed. Helen Hunt is barely recognizable; her appearance suggests something is wrong, broken, hopeless. The movie runs along those same lines.

I would NOT recommend this film.

Joseph LaCerraReviewed in the United States on November 29, 2019
2.0 out of 5 stars
Tired
Verified purchase
This is a non-story about an overprotective and manipulative mother and her lackluster son. Hunt plays her character too sharply to be comedic, so she comes off as just creepy and nuts. The son plays his role as a stick. The usually reliable Luke Wilson can add nothing to this show, playing basically a non-entity casual love interest. Hunt, in her early fifties, looks more she's in her seventies. The only character that comes off well fairly is the Hispanic driver, and his part is small. Not an enjoyable watch.
4 people found this helpful

HelgaReviewed in the United States on May 13, 2022
5.0 out of 5 stars
For struggling parents of adult children.
Verified purchase
The reviews are mixed and I can see both sides but as a mother of a daughter who didn't pull away easily to create her own life, this film is excellent. It hits home to a dark side of parenting where no one is perfect and best of intentions become toxic. There are some fun moments that made me chuckle but if your busy being critical of Helen Hunt, you will miss the cathartic moment. The film is about a road to forgiveness not just of each other but more of forgiving ourselves. That may not look all warm and fuzzy but it's real forgiveness all the same. It is possible to be tortured and embrace life at the same time. If you can't relate, then this movie is not for you.

Living in Freedom!Reviewed in the United States on August 11, 2018
4.0 out of 5 stars
Moms of adult kids - yeah, this is for us
Verified purchase
Because we need to let our adult kids go...so we learn to live w/o them ... and to let them learn to live w/o us "always there," this is a movie to watch and be reminded of both of those truths. Grieving the past "stuff" of families, letting go and letting our young adult kids flourish...yep, Hunt reminds us that in all of that, we can flourish too!
12 people found this helpful
See all reviews
Back to top
Get to Know Us
Make Money with Us
Amazon Payment Products
Let Us Help You
EnglishChoose a language for shopping. United StatesChoose a country/region for shopping.
© 1996-2022, Amazon.com, Inc. or its affiliates