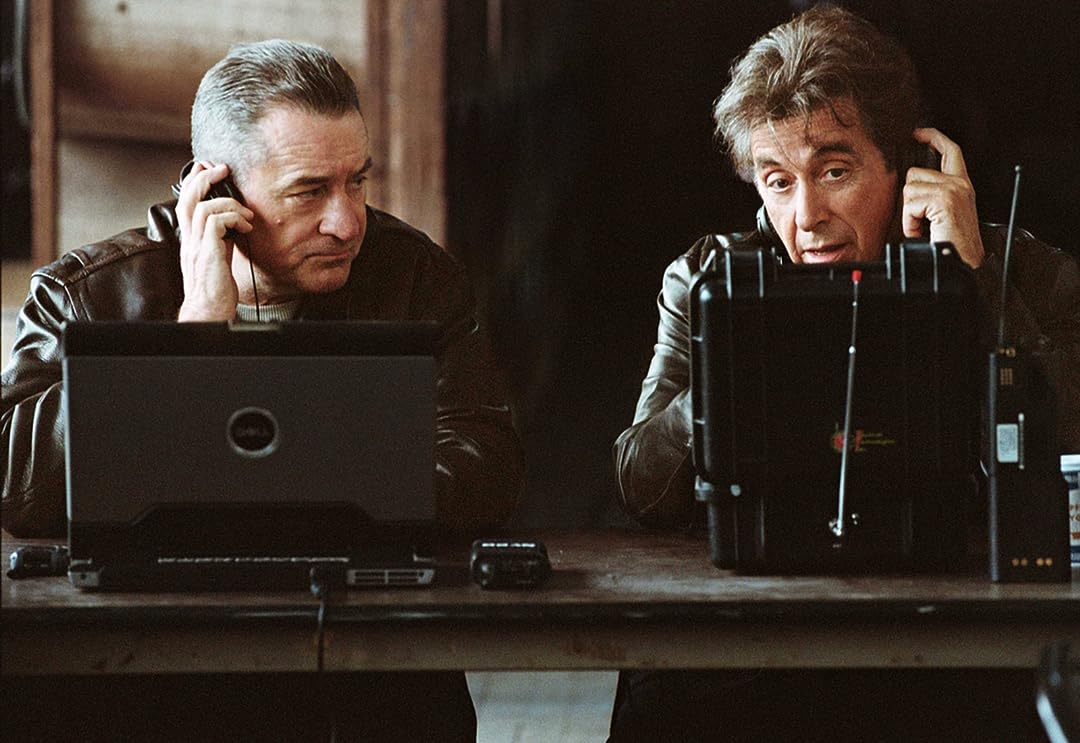 (1,024)
6.01 h 40 min2008X-RayR
A pair of veteran NYPD detectives search for a serial killer who preys on other crooks. But another pair of younger cops come to believe the murderer just might be "one of their own."

Sony_XLReviewed in the United States on February 14, 2020
3.0 out of 5 stars
it wasn't all that bad
Verified purchase
'Righteous Kill' remains a mystery to me. You're asking to yourself the question 'How come with such solid actors, Jon Avnet achieves to ruin the movie?'. You see, that's the problem. He focus so much on the Deniro/Pacino duet that he totally forgets the movie. What may have been a promising idea, is totally ruined by the director.

The movie has an interesting plot, but I don't know why I still feel that there are many flaws in it, many holes that burry the film, due to an ignorant error by the director.

However, it wasn't all that bad. Overall, the acting was good and that tag line 'Most people respect the badge. Everybody respects the gun' really is quite something...but wasted. It's a passable 101 minutes popcorn thriller, that isn't bad but it isn't good also.

MIssOpinionatedReviewed in the United States on August 18, 2020
5.0 out of 5 stars
Bad reviews must be from long time Oscar, Emmy and Tony winners.
Verified purchase
Ok, so I've always been a fan of multiple actors in this movie. DeNiro, Pacino, Wahlberg, Leguizamo, Dennehy etc.

I took the movie at face value for what I'm assuming it was put out for....entertainment. That it was. It was definitely suspenseful. What you see is not what it seems.

I find a lot of reviews on movies lately are super critical and pick apart the movie on a level that a normal movie-goer doesn't even notice until brought up. First of all, it's fiction people. Folks needs to calm the eff down.

If you're looking for a decent suspense type movie...watch it.

If you are at the top of your drama class, work on broadway, & have won many acclaimed awards for all your fine works....don't even bother...write your own stuff and shut the f$&k up.

WhomeverReviewed in the United States on August 3, 2020
1.0 out of 5 stars
I got to where it said "Robert De Niro" and had to turn it off
Verified purchase
Nothing worse than listening to a self-righteous millionaire complain about the west and all that made him what he is, hate on his own freedoms and weapons (the same ones he uses in every film), can't stand this guy. Got 1 min in and had to kill it for nausea.
12 people found this helpful

Amazon CustomerReviewed in the United States on June 30, 2020
1.0 out of 5 stars
not realistic
Verified purchase
if you can past the fact that you two 80 year NYPD detective when the actual max age that you can stay on the Police Force is 63 you will still have a hard time believing that these two are NYPD Detectives....over acting and ridiculous story lines ...Deniro is horrendous, Pacino much better but by far not his better work.....50 Cent is the best actor in this one ….Deniro last good film was Bad Grandpa …...his acting has depreciated since timeless classics like Goodfellas Casino and Heat.... watch something else.
9 people found this helpful

joel wingReviewed in the United States on October 18, 2020
3.0 out of 5 stars
A cop tired of letting the guilty go decides to become judge jury & executioner
Verified purchase
Robert de Niro as Turk and Al Pacino as Rooster are New York City cops that decide to take the law into their own hands. When a man they know is guilty gets off they decide to frame him to make sure he went to prison. That leads to more crimes and even murders by the two as they decide to be judge, jury and executioner.

The film touches on the idea of the cynical and jaded police who face murderers and other criminals every day and are sick of it. It also shows the power that the police have to abuse their jobs if they wanted to.

The movie seems pretty straight forward at first but then there’s a big twist at the end which saves it from being routine.
3 people found this helpful

Amazon CustomerReviewed in the United States on September 1, 2020
2.0 out of 5 stars
De Niro / Pacino What else do you need?......That's the problem!
Verified purchase
These two were good actors at one time. So many reviewers said basically that no matter how bad the movie was that because it had these two actors it was great. These two did some great movies...Taxi Driver, Heat, Insomnia, Scent of a Woman, Ronin, but for a long time they've been resting on their laurels as many actors do. The problem isn't Hollywood, or film in general it's the viewers. They keep watching whatever crap is in front of them.
One person found this helpful

Jackson M. McGuinnissReviewed in the United States on June 22, 2020
1.0 out of 5 stars
The Taxi Driver and Scareface and are bored and irrelevant. Skip this POS.
Verified purchase
So, they kill 50 Cent, a Black man, with lots of guns, bullets, and deceit.
When is "Hollywon't" going to understand that times have changed?

End the guns and violence NOW!

You are the problem!
2 people found this helpful
See all reviews
Back to top
Get to Know Us
Make Money with Us
Amazon Payment Products
Let Us Help You
EnglishChoose a language for shopping. United StatesChoose a country/region for shopping.
© 1996-2021, Amazon.com, Inc. or its affiliates