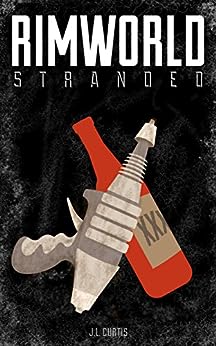 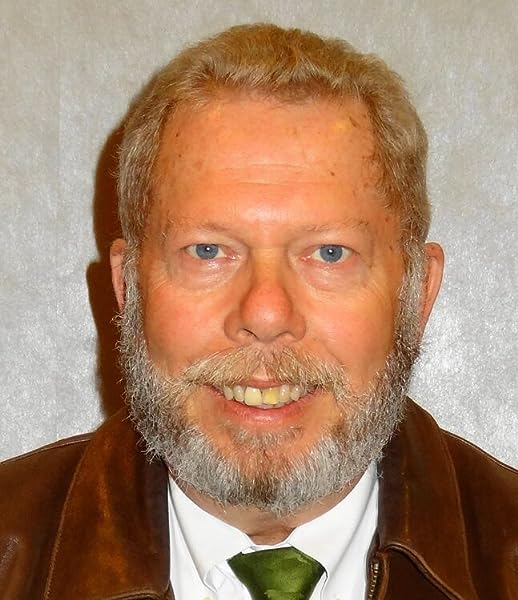 Senior Sergeant McDougal wasn’t a combat troop, he was a maintainer. He was good at it, proud of his status, and on his first planetary detachment as the lead maintenance troop for an outpost.

But, when he got stranded on Regulus Four, a Rimworld and one of the clusters that formed the DMZ between the Patrol and the Dragoons, his status didn’t mean a thing…

Improvising, adapting, and trying like hell not to panic, he did his best to fulfill the Patrol’s prime directive to destroy the portable stargate, and still get himself off the planet in one piece before the Dragoons got to him.

This is the first story in a new series Rimworld, which takes place 800 years in the future.

JL Curtis was born in Louisiana in 1951 and was raised in the Ark-La-Tex area. He began his education with guns at age eight with a SAA and a Grandfather that had carried one for 'work'. He began competitive shooting in the 1970s, an interest he still pursues time permitting. He is a retired Naval Flight Officer, having spent 20+ years serving his country, an NRA instructor, a retired engineer in the defense industry, and now a starving author. He lives in North Texas, He currently has four series out or in work. The Grey Man, a Texas based current fiction series revolving around LEOs vs. the Cartels on the border, and Marines (6 books and two novellas). The Rimworld Series, started with a short story that was an Amazon Best Seller for five days after its release, now with four books published and more in the works. Last but not least, an 1870s western series. He is also in a number of anthologies from various publishers.

L. Paul
5.0 out of 5 stars An Action Packed Foray Into the Genre
Reviewed in the United States on May 30, 2016
Verified Purchase
When the message coming across to you says "Warning Order - immediate evaluation of local HG. Dragoons have landed in force, estimated attack in overwhelming force in 30 minutes" - you are pretty certain it's a bad day in space. When you realize the message was sent 30 minutes ago, when you were using your finely honed abilities as a maintenance tech to distill some hooch in the bowels of a secret tunnel while your datacomp was left behind, you KNOW it's a bad day. Now, with no other humans answering his calls, Court-Martial for the datacomp breech is the LEAST of Senior Sergeant Ian McDougal's worries.

McDougal is not a fighter - he’s a maintenance guy but he has the option now to pull out some of that secret liquor supply and get drunk as he waits to die or use every tool at his disposal, to fight back as he is, literally, the last man standing. He’s got to keep the Dragoons hands (I should say CLAWS) off of the fusion bottle, while somehow staying alive as they blow up the buildings around him. The action is nonstop, the story, riveting and the editing flawless - difficult when the language is that of technology on steroids. A great short story and start of, I hope, a series, by the talented Mr. Curtis.
Read more
4 people found this helpful
Helpful
Report abuse

Kimball O'Hara
5.0 out of 5 stars It's a short story, not a novel, so ...
Reviewed in the United States on June 1, 2016
Verified Purchase
It's a short story, not a novel, so the character development is a work in progress and McDougal is defined more by his actions (maintenance guy getting into and out of trouble) than anything else, but it all works. Rimworld unfolded by McDougal's experiential coping with an emergency in space and ended with his rescue. Between those two points, Curtis does a masterful job creating cause and effect as the problems that McDougal faces are solved - with a little help from a cache of illegal hooch.
Read more
Helpful
Report abuse

Bob
5.0 out of 5 stars Very good short story
Reviewed in the United States on July 26, 2017
Verified Purchase
This is a short story that Jim was messing around when he was exploring another venue to expand his writing and I bought it with low expectations and I was very pleasantly surprised, the story was well written and well paced out, especially for a short story. It was an enjoyable read, and made me look forward to the sequel "Into the green" which is set up in the same universe but different characters and they do overlap.
Read more
Helpful
Report abuse

Rev. Paul
5.0 out of 5 stars A Good Short Read, Will Leave You Wanting More
Reviewed in the United States on June 7, 2016
Verified Purchase
Jim Curtis, author of The Gray Man series, tries his hand at military sci-fi in this collection of short stories. A retired Naval officer, his military background shows to good effect in the mindset of the protagonist, and the reaction from the chain of command.

It's not a lengthy collection, so I won't mention any spoilers. But by all means, buy this one, so we can encourage him to flesh it out into a full-length novel.

John Galt
5.0 out of 5 stars Highly Recommend
Reviewed in the United States on October 5, 2020
Verified Purchase
I've thoroughly enjoyed everything I've read by this author, and I think I've read everything he's published. This one is no exception.
Read more
Helpful
Report abuse

Crawtrapman
5.0 out of 5 stars Good storu
Reviewed in the United States on June 4, 2020
Verified Purchase
I enjoyed the story.

The moral of the story is that a still, bags of flower make for one of heck of a party.
Read more
Helpful
Report abuse

Rich S.
5.0 out of 5 stars Great little military story
Reviewed in the United States on June 4, 2016
Verified Purchase
This is a very tasty short from the author of the Gray Man books. The anti-hero is a pleasure to follow, as he is a personality type rarely given the pages he/she deserves. He's a self destructive screw-up, but he's got it where it counts, and it makes for entertaining reading.
Read more
One person found this helpful
Helpful
Report abuse
See all reviews

FrankC
5.0 out of 5 stars Inspired.
Reviewed in the United Kingdom on October 21, 2019
Verified Purchase
A fine ta;le of how an ingenious slacker becomes a hero.
Read more
Report abuse

Scott Osmond
4.0 out of 5 stars Liked It
Reviewed in Australia on December 7, 2017
Verified Purchase
Not the usual SF story. The lead in this one is a maintenance tech. Using tools and mineing equipment he has to get himself off world and destroy a stargate. Being a short we get little background to the setting, just enough to wet the apatite for future books.
Read more
Report abuse