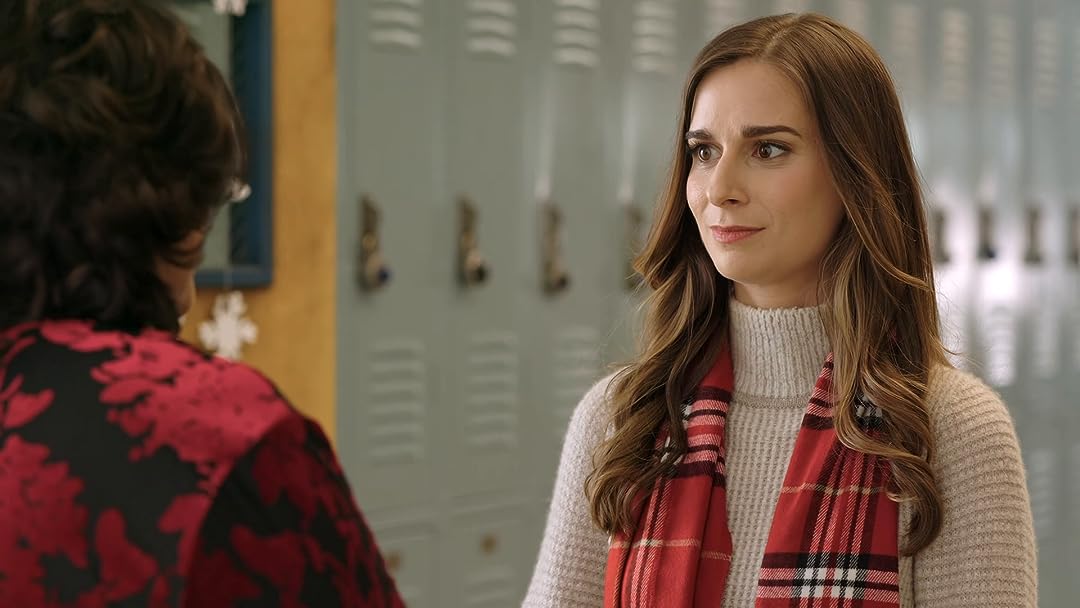 A Ring for Christmas

(3)
1 h 27 minG
Spoiled and cut off 25 days before Christmas, Angie discovers the existence of a sizable trust fund that she will inherit once she gets married, so she looks for a husband - by Christmas. TV-G

JaneySilvaReviewed in the United States on November 25, 2021
5.0 out of 5 stars
Teaches the importance of family and caring for others
Verified purchase
This was an easy 30 minute movie to watch with my 10yo son and it just helped us really remember that while the holidays are important, our everyday life is so very much more. Helping and giving all of the time 'casts our bread on the water'. God has a way of making is come back to us at just the right time!
One person found this helpful

H. BalaReviewed in the United States on November 21, 2021
3.0 out of 5 stars
If you don't like the film, do you blame the actor or screenwriter? What if they're the same person?
I dunno that you can really label Angie Moore a spoiled rich brat. Sure, her bills are crazy. Her mom just called her out for spending $3500 at Saks Fifth Avenue and $1000 for a monthly spin cycle class she barely attends. And I should drop a **plot spoiler** alert now.

Angie wasn't always such a spendthrift. And, before you judge her too harshly, she just dropped a stack of $20s in that street Santa's donation pot. Angie's mom is asking about the sizable transfer of funds to one Suzanna Park, but Angie is keeping mum that it's a donation for a charity.

Anyway, the long and short of is that her mom (Lorraine Bracco) is cutting Angie off. Oh, the pity of it. Angie didn't used to be like this, so willing to mooch off her parent's money. She used to have ambition. She used to be driven. She was her old teacher's pet student, a math whiz who was on the Honors program. Somewhere along the way, her dad died, as did something in Angie.

Her mother cautioned her that the cut-off commences on the 24th of December. And I love Angie for not throwing a tantrum or a pity party. But she's shell-shocked, for sure, and worried.

But then she gets a phone call from her parents' lawyer, a Mr. Kumar of the law firm Johnson, Harold & Kumar, and if you're gonna be that tongue-in-cheek with the name of a law firm, you may as well call it Dewey, Cheatum & Howe.

Seems that the lawyer has mistaken Angie for her sister, Sophia. It's how Angie learns of the marriage trust her parents had set up for Sophia, who got married this past June. It's a generous nest egg to afford the newlyweds, say, a home, a trip, etc.

You and I, we see the wheels turning in Angie's brain. She posits that if she gets married, there'll be a marriage trust for her, as well. She begins to look for a husband. She sets her sights on an old high school crush, ex-football jock Tyler Davis (Charles Hittinger), who still lives in her hometown of Greenwood. There's Angie jumping in her Mini-Cooper, shedding New York City for the less bustling, less metropolitan charm of Greenwood (est: 1812).

A Ring for Christmas - not to be confused with Hallmark's same year offering, The Christmas Ring - premiered on the UP channel. And since UP is regarded as sort of Hallmark's red-headed step-cousin, expect the production values to be not as classy, the antics to be more cornpone, and the lead actors not as polished. It's still a sweet movie - because of the lead actress's performance - but it's got shortcomings.

In Greenwood, Angie (Liliana Tandon) runs into her school crush, Tyler, who doesn't remember her, and she runs into Gabe, who does. Tyler and Gabe are best buds now, but Gabe and Angie were once childhood friends, back when they were nerds doing homework together at his dad's diner.

This being a made-for-tv Christmas movie, certain trappings must be observed. There must need to be a big city girl coming home to rediscover her small-town roots (check), a family business in trouble (the diner, check), and some sort of holiday event (the 50th Anniversary of the Christmas Tree Lighting Ceremony, check).

The movie isn't subtle about who Angie is supposed to end up with, so the plot becomes how she gets to that point where she's over her school crush and she hooks up with her childhood friend. The movie doesn't even make it close deciding between Tyler and Gabe. Tyler looks like Chris Pratt and Andy Richter had a baby and then gave it up for adoption. His acting's amateurish.

Dean Geyer, the guy who plays Gabe Hudson, is more natural in front of the camera. Gabe is, low key, a great chef. Ask about his pancakes. His dad, who is contemplating retiring, had asked Gabe to come and help out at the diner, but even Gabe's cooking isn't enough to keep the diner in the black.

To demonstrate how swell of a guy Gabe is, it's revealed that he teaches a cooking class for the kids after school. Here's the cool thing. It's neat that his inadvertent rival, Tyler, isn't depicted as some selfish jerk. Tyler also volunteers at the school as a coach. Tyler's trying to get funding for an after-school program he wants to pilot. In fact, in a twisted way - and remember, spoilers - it's sweet that part of why Tyler proposes to Angie is so that he could afford his after-school program.

Speaking of volunteering, Angie's old high school teacher just asked her to please come tutor the after-school kids with their math. Thus begins Angie's redemption arc, although, honestly, she wasn't in such dire need of absolution that her mom needed to cut her off. She only needed direction in her aimless life.

Honestly, if you want this movie done better, go check out this other movie titled The Right Girl. Not that this one was utter trash. It's watchable enough even with its blemishes. Michael Gross plays Angie's late dad. Gross pops in for two scenes, one of which was before his character's passing. As for Lorraine Bracco, with her husky voice, she seems more equipped to play a mafia wife than an idle, rich girl's mother AND mayor of Greenwood. But that's probably me typecasting.

It's a predictable, fatuous sort of movie with dopey moments but, also, some sweet moments, again courtesy of a likable lead actress. Note that I didn't say "likable, skilled lead actress." And maybe add "inept screenwriter" to her resumé, as well. Yeah, I was astounded to learn that Liliana Tandon played the lead AND wrote the script because why would a writer write such a flawed screenplay to play the lead in? It's annoying that it takes Angie until almost the end of the movie to realize she can't go thru with her wedding. It also aggravates me that there was no comeuppance for Angie's one skeevy friend who deserved all kinds of awful things to happen to her. Like, maybe, next time, cast her opposite the actor who plays Tyler.

RomComConnoisseurReviewed in the United States on January 14, 2022
2.0 out of 5 stars
Only once, and barely even that.
It was tough to cringe my way through this.

From the first lines uttered, I was astounded how below par this production felt. From the acting of several players, including the lead female, to the script.

It felt like something from an aspiring apprentice with potential, but the skills still need some work.

Yet this can be a fun one time watch for those that just want to unwind for awhile.

Once was enough for me and this movie is not in my collection.
See all reviews
Back to top
Get to Know Us
Make Money with Us
Amazon Payment Products
Let Us Help You
EnglishChoose a language for shopping. United StatesChoose a country/region for shopping.
© 1996-2022, Amazon.com, Inc. or its affiliates