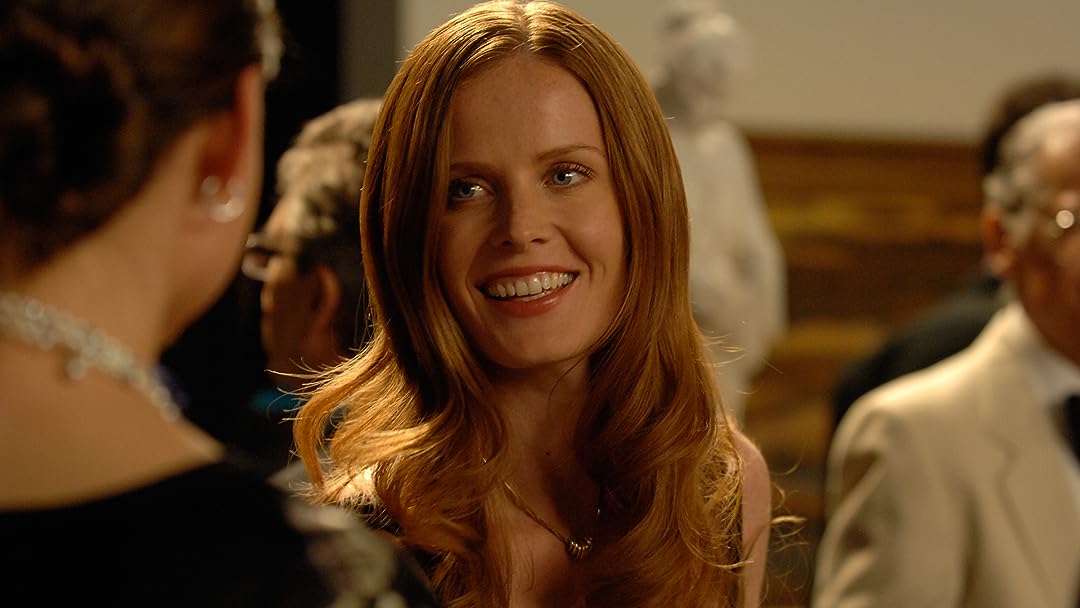 (29)
4.51 h 29 min200918+
Madison Byrne is an art expert who tries to help Jack Singer, a patron of her museum, unlock the mystery of an antique ring. This ring might have belonged to his family before being lost in WWII. As she gets closer to the truth, the danger grows and Madison begins to suspect that Jack may not be as innocent as he appears. Could he be keeping a sinister secret?

Geoffrey F. ArnoldReviewed in the United States on February 4, 2021
3.0 out of 5 stars
Great story...so-so execution.
Verified purchase
Okay, the heroine isn't blonde....but she acts like one a bit too much here.

The premise of the film is actually very good. The story unfolded fairly well, not too slow, but...

Our heroine was an idiot for someone who is supposed to be so smart.

Friend warns her about a bad man. Stay away. So, what does she do...she storms into his office and confronts him about things - twice.

The object of everyone's attention is the Ring of Sophia, some mythical ring once owned by Sophia, a royal in the 1830s. The ring is lost during the war. Is the ring the museum our girl works for the real deal?

Well, that's part of the mystery.

And, as the story unfolds, the real villain is well hidden from us. But clues are there. We missed them until the reveal. But it made sense. And thinking back, the clues were there in front of us, of cleverly disguised.

So, a decent story, but our heroine is pretty stupid for such a smart girl. And it isn't even love that makes her stupid. It's her own foolhardiness. Yep.

Kudos for no bad language. Yep, Canadian film. Love that they can write decent dialogue without all the profanity Hollywood seems to think is required these days.

Wanted to give it four stars, but the foolish girl just wore thin by the last reel. Sigh.

Richard A. ColeReviewed in the United States on April 22, 2021
3.0 out of 5 stars
Standard Lifetime fare
Verified purchase
This is your standard Lifetime movie... A bit tepid, well acted (if not a bit lame and predictable) well shot but hardly exciting.
Not bad over-all, no real twist and turns. Though they do try, but fail to surprise most who watch it.
Though the criticism may be harsh, it is not, actually. With a "Lifetime" movie you know what you get; decent movie, well acted, a bit lame, predictable and SAFE. No cutting edge writing or directing, but a decent production over-all.

DebraReviewed in the United States on June 22, 2018
4.0 out of 5 stars
Good mystery, but lacks romance.
Verified purchase
Is this a big blockbuster hit? No. However, I gave it 3 stars because for a low budget movie it was enoyable. The lead actress was recently in the TV show "Once Upon A Time." I think she's a wonderful actor and I enjoyed seeing her in one of her earlier pieces of work. If you enjoy a movie with mystery and a very small dash of romance, then this movie is fun to watch on a rainy day. The ending was unpredictable. I was actually surprised who the villain was. The only thing that I would have really liked to have seen is more romance. I was disappointed with that part of the plot. Another 15 minutes added to the movie to build the romance between the two main characters would have made the overall plot more believable and make a more rounded storyline.
One person found this helpful

Chuck In SeattleReviewed in the United States on December 19, 2015
4.0 out of 5 stars
A good movie for a relaxing afternoon.
Verified purchase
This was pretty much a 'B' movie .. It has the quality you would expect of a made for T.V. movie.
I liked the story, and the twists and turns. I could not figure out the plot twist till the very end.
Mostly a good movie ... maybe not good enough to watch again, but a great movie to fill in some time on an afternoon, where you want to enjoy yourself. I liked the relationships between the characters and they felt realistically acted to me.
2 people found this helpful

DallasiteReviewed in the United States on March 21, 2021
1.0 out of 5 stars
Unrealistic
Verified purchase
I know it's a movie but this is ridiculously unrealistic and the acting was sub-standard.
One person found this helpful

CherylReviewed in the United States on March 6, 2021
3.0 out of 5 stars
Pleasant way to pass some time
Verified purchase
Movie is not an award winner but it was good. Didn't figure who the bad guy was and for that is unusual.

Lynne ShapiroReviewed in the United States on February 14, 2019
1.0 out of 5 stars
A new low for miserable images of smart women
Verified purchase
Every "dumb broad" cliche in every film come up this film over and over. I just kept watching to count them.
See all reviews
Back to top
Get to Know Us
Make Money with Us
Amazon Payment Products
Let Us Help You
EnglishChoose a language for shopping. United StatesChoose a country/region for shopping.
© 1996-2022, Amazon.com, Inc. or its affiliates