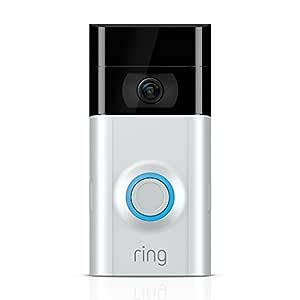 Save when you buy pre-owned devices

A Ring Protect subscription is required to access stored videos. A free 30-day trial of Ring Protect is included - Ring Protect plans start at only $3 a month after trial ends.

Watch over your home and answer the door from your phone, tablet and PC with next-gen security from Ring Video Doorbell 2. Ring sends you alerts when anyone comes to your door, so you can see, hear and speak to visitors from anywhere. 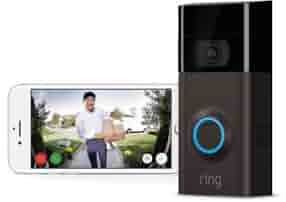 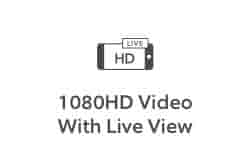 Monitor your property in HD video, and check-in on your home at anytime with Live View on-demand video and audio. 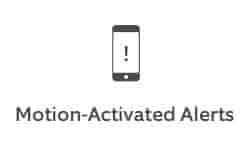 Get alerts on your phone, tablet and PC when anyone presses your Doorbell or triggers the built-in motion sensors. 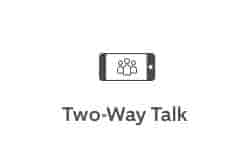 Hear and speak to visitors from your mobile device using the built-in microphone and speakers with noise cancellation. 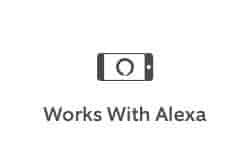 Connect Ring with select Alexa devices to get security at the sound of your voice and to view live activity at your door anytime. 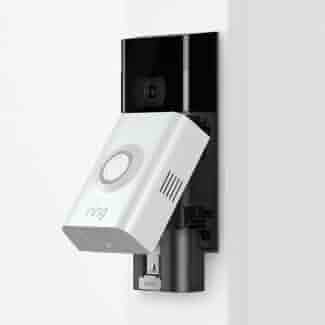 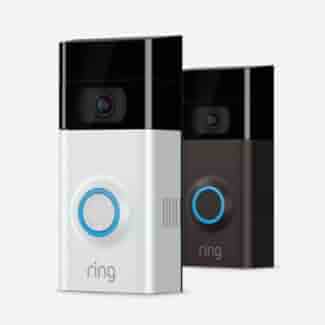 Interchangeable faceplates
Choose one of two complementary faceplates to match your security to your home. 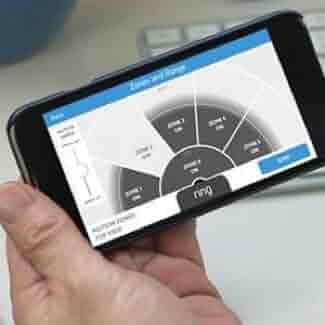 Adjustable motion detection
Adjust the sensitivity of your motion sensors to find the ideal setting for your home. 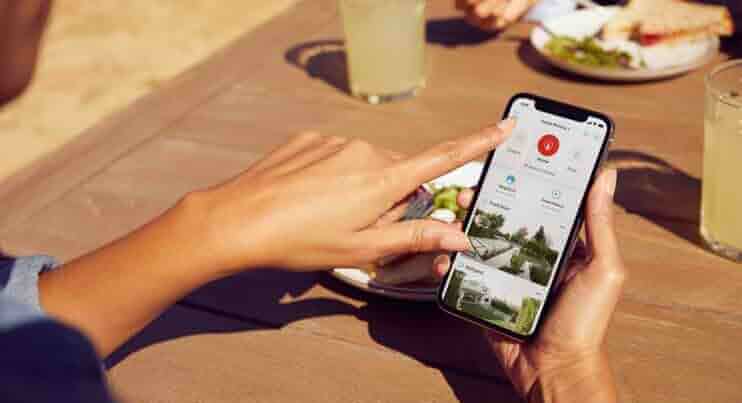 Get even more out of all your Ring devices with Ring Protect, a comprehensive service that lets you review what you missed. See, save, and share videos and photos when you activate Ring Protect for $3/month per device or $10/month per household.

Link your Ring account to Alexa for hands-free home monitoring so you’ll always know when someone’s there. Enable announcements in the Alexa app to hear alerts on compatible Echo devices when anyone presses your doorbell or triggers Ring’s built-in motion sensors. Then talk to visitors through compatible Echo devices, like Echo Dot or Echo Show, by simply saying “Alexa, talk to the front door.” 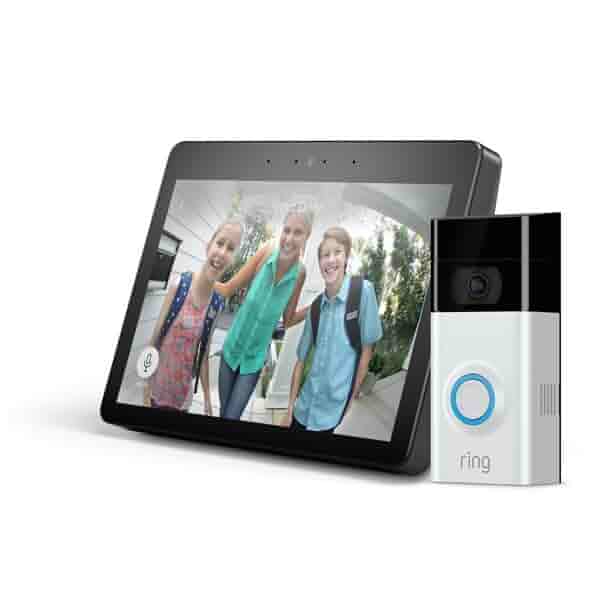 Karen Zinkosky
1.0 out of 5 stars Bait and switch fine print.
Reviewed in the United States on February 17, 2018
Style: Ring Video Doorbell 2Verified Purchase
Typical bait and switch fine print, "free" 30 day subscription worked fine, but now even trying to answer an active ring takes too long an it turns into a "past" event, subscription renewal required. For what this thing costs you should be able to at least answer an active alert within 30 seconds without it drifting off to the cloud and not being able to view it at all ... dont waste your money ... unless you want another monthly bill to pay.
Read more
2,814 people found this helpful
Helpful
Comment Report abuse

DiscerningTaste
1.0 out of 5 stars One of the worst products I’ve ever seen
Reviewed in the United States on March 26, 2018
Style: Ring Video Doorbell 2Verified Purchase
I don’t normally take the time to write product reviews. Amazon is great at taking things back when they don’t work. This however is so enraging that I feel it necessary to inform everyone of the fraud that Ring is perpetuating upon society.

First, let me say that if you’re looking for a video doorbell, I assume it will do the trick, though the slow speed and lag time between ring and video connection makes it useless for anything except someone sitting and waiting at the door.

The real failure of this device is its “motion detection”. To illustrate, I’ve attached photos and video. It goes off about every 5 minutes (leaving battery life that lasts 3 days), even for things across the street, even though it’s supposed to have a 5’ range (also attached). The kicker is that it Doesn’t actually catch people coming up to the door. It only shows me coming in our out about 1 in 10 times. I even thought about making a video to show this, but it’s not worth my time for this Piece of junk. Bottom line:

DO NOT BUY
Read more

Particular person
5.0 out of 5 stars Summary of some useful user questions
Reviewed in the United States on December 5, 2017
Style: Ring Video Doorbell 2Verified Purchase
Here is some of the information I was looking for before I purchased this Ring Video Doorbell 2. So far it has exceeded my expectations.

This doorbell records for about 30 sec and is activated in one of three ways: by pressing the ring button, having motion, or pressing "live view" from your phone. It stores this video to a Ring Cloud using a good WiFi connection to the device. From the Ring app on my iphone I can select any one of these videos to see. My wife's phone was set up as a shared user so she can see the videos also, from anywhere there is WiFi or a good cellular connection. My minipad has the Ring app so it gets all the same information my iphone gets. My iphone or minipad can delete files, but my wife's phone can't (I assume because she is a shared user.) All of these devices can hear and speak to the ring doorbell when activated.
This model uses existing 12 v AC wires from the old doorbell transformer. This keeps the battery charged and pressing the Ring door bell also activates my house door bell just as the old button did.
The motion sensor always activates before anyone can get close enough to push the doorbell. I can set the radius of sensing somewhere between 6 ft to 30 ft. About 15 ft has worked well so far. In addition there are pie-shaped motion sensing zones. My door bell is corner mounted with one vertical wedge to aim the camera more towards the front. Because of this aim direction, one motion zone closest to the corner was set inactive.
It will pick up night images from near total darkness, but images are not as good as in daylight. Camera was mounted 48 inches high as recommended. Try to avoid light sources that might shine directly into the camera if you want highest quality images. I plan to add the Ring Cloud package for $3 per month that lets my images stay stored for a month or so.
If you are away from home and not in a good WiFi zone, I think obtaining a immediate live image would be difficult. However, if a live image was previously stored, you would probably be able to view it with a good cellular connection.
I installed the doorbell one week ago and so far It has worked very well.
Read more

M. Moss
1.0 out of 5 stars Not usable for home security
Reviewed in the United States on May 3, 2018
Style: Ring Video Doorbell 2Verified Purchase
This is practically unusable for home security. I have family that sing Ring's praises, so I was shocked at how bad the Ring 2 was. I had it hardwired with a strong wifi signal, and had the following issues:

1. The doorbell is in a shaded alcove, so anything outside the alcove / in sunlight is completely washed out and unidentifiable
2. While on cell connection, my phone has worse then even odds of being able to connect for live view, and doesn't provide an error message beyond 'we're having trouble reaching the servers'... despite the fact the servers just told me about motion detected.
3. This wouldn't be as big an issue if I could view live motion on a PC. Unfortunately, every PC I have is a windows 7 or linux machine, meaning I only have access to the web app, which can't provide live view, or do many other things.
4. Occasionally I'll attempt a live view from the cell phone, and it won't fail- but it will show nothing but a black screen. Figure, ohh, maybe this is a bad cell connection, let's see what the Ring website has recorded for the live view session.... it's a black screen. :(
5. Recording only starts 1-2 seconds after motion detected, which means for delivery folk you only see their backs, if you see anything at all
6. Motion not reliably detected, despite sensitivity being cranked up to max
7. The white ring LEDs are far too bright, they invite attention, which is the last thing I want; there's no reason that can't be disabled in settings
8. I don't know it for a fact, but I expect if internet is down or Ring servers are down, nothing will be recorded
9. I find the vendor lockin / Apple approach of "Closed hardware used the way we tell you to" annoying. I'd like to have the option of, say, uploading to a local FTP server rather then sending video to the cloud, especially if my own internet isn't great. Though I accept the DIY tech crowd isn't part of the target audience.

I've switched to the Ring Pro, and most of these seem to be either resolved or at least acceptable, but the Ring 2 is unusable for security. And I don't really understand why- it was released more then a year after the Ring Pro, it's hardwired, it should be able to support basic things like a video buffer, and reasonable internet connectivity.

Nice things:
PIR motion sensor (probably), so things like shadows from trees blowing in the wind don't trigger a motion alarm
Did come with all hardware needed, and useful extras (though the hardwire kit didn't come with anything for connecting to existing wires)
It would support battery operation, so if you wanted to just duck tape it to a post in your front yard you could.
Read more
1,125 people found this helpful
Helpful
Comment Report abuse
See all reviews from the United States