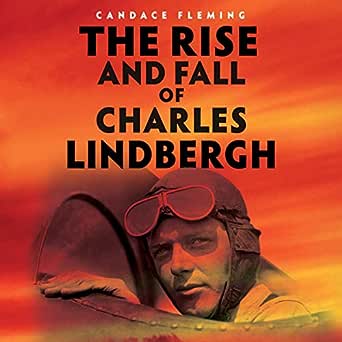 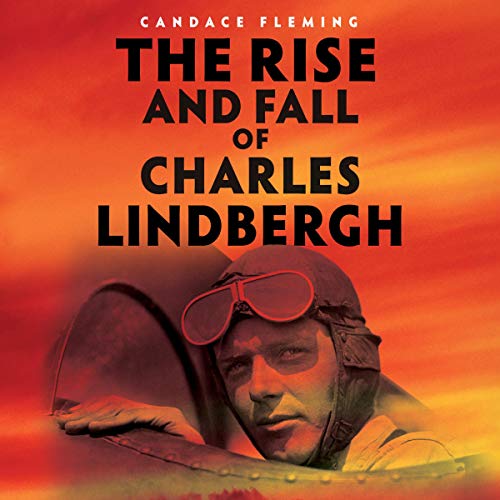 The Rise and Fall of Charles Lindbergh

4.3 out of 5 stars
4.3 out of 5
17 customer ratings
How does Amazon calculate star ratings?
Amazon calculates a product’s star ratings based on a machine learned model instead of a raw data average. The model takes into account factors including the age of a rating, whether the ratings are from verified purchasers, and factors that establish reviewer trustworthiness.
Top Reviews

JB
3.0 out of 5 stars Good Book; Relies Too Heavily On Incorrect Research for Kidnapping
Reviewed in the United States on February 20, 2020
This book is a good read and goes into some of the real unsavory aspects of Charles Lindbergh. Unfortunately the author errors in her discussion of the kidnapping by clearly relying on source material that seems to be from books that relied on whitewashed press reports.

Charlie Jr. had a number of health problems that are downplayed here (rickets, trouble standing, overlapping toes, an open fontanelle, oversized head, etc). Most current-day scholars of the case believe these stemmed from his demand that Anne, 7.5 months pregnant, accompany him on a cross-country flight. Without pressurization and the altitude they were flying, it led to a lack of oxygen. This, combined with the gas fumes in the cabin from older planes, led to her getting severely ill and being met upon landing by paramedics. This all could have led to a hydrocephalus like condition that is somewhat prevalent in birth but gets worse as the child approaches two.

Unfortunately, the child's health issues were downplayed in the press reports and subsequent books, which seems to be what this author relied on. Interestingly, around the child's birth, is when Dr. Carrel enters the picture.

Also problematic is her reliance on press reports to convey Lindbergh's behavior during the kidnapping. The night of the kidnapping he told police he "raced outside with a gun," returning to somehow restrain himself from looking at the ransom note for over two hours to "wait for the fingerprint man," - it was curious to all involved. Many investigators at the time believe the scene to be staged (the nursery was literally wiped clean of fingerprints, the entryway was near impossible, the footprints leaving went out into a field - so as to plant the ladder in the line of sight from the window), yet the author does not go into this. Lindbergh's car was sighted MUCH sooner in the area than he claimed.

Always one to honor his publicity commitments, he had a once-in-a-lifetime slip-up on the night of the kidnapping - never accounting for his whereabouts that day or the reason for the mixup. On the trips to scout for the boy after the infamous "Boad Nelly" note, Lindbergh played pranks, games and showed no attempts at seriously looking for the child. Most disturbingly at the morgue Lindbergh showed no emotion and coldly asked the attending physician for a "meat slicer" which he used to slice open his dead child's lips to inspect his teeth. Nobody could believe it, yet because this never made it into the police reports and subsequent books, the author made Lindbergh seem like the aggrieved father he was not. Yet all of this are in the original police reports in New Jersey.

For all of these reasons, combined with Lindbergh's love of eugenics, there is reasonable suspicion that the kidnapping was somehow was responsible for the child's disappearance, perhaps hiring a gang to stage a kidnapping and transport the child.

For those interested, I'd highly recommend The Case That Never Dies, followed by Michael Melsky's in depth books on the case.

Mark Mellon
4.0 out of 5 stars One Strange Guy
Reviewed in the United States on April 11, 2020
I’ve come across some bizarre characters in biographies, particularly American bios for some reason. We may not be exceptional in other ways, but we sure lead the pack in producing notable head cases. Two salient examples are Howard Hughes and L. Ron Hubbard.

Yet of all the oddballs I’ve encountered, Charles Lindbergh is one of the strangest cats I’ve ever read about. Possibly the best pilot this country ever produced, undoubtedly brave with a brilliant, scientific mind, Lindbergh was a bundle of strange impulses and drives whose repellent qualities, most particularly his obsessive racism and anti-Semitism, made it difficult to sympathize with him, even considering his child’s kidnapping, one of the most notorious incidents of the 1930’s.

Of Swedish descent (this surprised me given his German name and notorious Teutonophilia), Lindbergh was from a second marriage with a large age gap between the parents and Lindbergh their only child. His wealthy father served as a Congressman. Lindbergh basically grew up with his mother, a controlling, distant woman who largely home schooled him. Due to this and being constantly on the move, Lindbergh spent no time with other children, a significant factor in his remote character and serious empathy deficiency. If Lindbergh wasn’t born with Asberger’s syndrome, his mom provided the right environment to make him that way with results good and bad. Lindbergh’s powers of will and concentration were superhuman, with outstanding results as a pilot. On the other hand, Lindbergh was aloof all his life. He also had engineer’s disease: he was always right about absolutely everything.

The bio moves briskly through Lindbergh’s early days as a pilot, the stupendous Atlantic crossing, a feat of courage, endurance, and will never to be matched again, the ensuing fame and adulation that was a curse for the painfully shy Lindbergh, his marriage to writer Anne Morrow that he designed as carefully as a blueprint for a new plane, her life together with this incredibly controlling man, and the awful kidnapping. The author efficiently summarizes the evidence, making it plain Hauptmann was guilty. Despite this awful tragedy, Lindbergh is less than sympathetic even here. Rather than let the police investigate, he took over, wasting time and money listening to obvious con men.

Charles and Anne moved on, having more kids along the way. Always in demand as a leading aviation expert and a huge celebrity, Lindbergh was sought after, nowhere more so than in Nazi Germany where Luftwaffe chief Hermann Goering invited Lindbergh to see the newly revived air industry. Lindbergh accepted and happily swallowed the Nazi doctrine.

This is the worst aspect of Lindbergh’s personality (and he had a lot). He was a hardcore white supremacist, convinced civilization was about to be destroyed by black, brown, and yellow hordes, all insidiously controlled by Jews. Lindbergh became involved in the isolationist America First movement, openly siding with Hitler in the war’s early years before American entry into the conflict. This led to his reputation being seriously tarnished, no longer considered the brave, handsome, young man who embodied American values.

Lindbergh moved past this to some extent, becoming involved in aircraft production during WWII, even finally figuring how to get to the Pacific front where he flew fifty combat missions as a civilian, well into middle age. In postwar years he traveled, working diligently as an environmentalist. He also found time to have children in Germany with three separate women while still married to Anne and micromanaging her life and their kids when he was home. It was bigamy and very big of him too. This alone illustrates what an odd, almost sociopathic personality Lindbergh had.

This is a good biography, fast paced and easy to read. Ms. Fleming’s bibliography shows her previous books were in the young adult and middle grade fields, which may explain her gift for straightforward explanation and a highly readable narrative.

I recommend this book to anyone interested in aviation, 20th Century American history, and those who like a good read about a weird dude.
Read more
Helpful
Comment Report abuse
See all reviews from the United States