Rising Above and millions of other books are available for instant access. view Kindle eBook | view Audible audiobook
Share <Embed>

Add to Cart
$24.99
+ Free Shipping
Sold by: Book Depository US
Have one to sell? Sell on Amazon 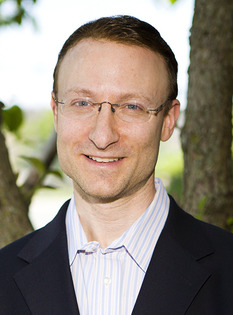 Gregory Zuckerman is a Special Writer at the Wall Street Journal and the bestselling author of The Frackers: The Outrageous Inside Story of the New Billionaire Wildcatters; and The Greatest Trade Ever: The Behind-the-Scenes Story of How John Paulson Defied Wall Street and Made Financial History.

J. D. Jackson is a theater professor, aspiring stage director, and award-winning audiobook narrator. A classically trained actor, his television and film credits include roles on House, ER, and Law & Order. J. D. was named one of AudioFile magazine's Best Voices of the Year for 2012 and 2013.

Read more
Start reading Rising Above on your Kindle in under a minute.

4.7 out of 5 stars
4.7 out of 5
195 customer ratings
How does Amazon calculate star ratings?
Amazon calculates a product’s star ratings based on a machine learned model instead of a raw data average. The model takes into account factors including the age of a rating, whether the ratings are from verified purchasers, and factors that establish reviewer trustworthiness.

Mama Llama
5.0 out of 5 stars Great, enjoyable read for my son.
Reviewed in the United States on February 5, 2017
Format: HardcoverVerified Purchase
My son is really enjoying this book. We got it for him for Christmas - we had been struggling to find things for him to read that interested him...and when I noticed he liked reading his Sports Illustrated magazine more than the library books, I figured we'd try some non-fiction. He knows most of these athletes already, and he loves basketball, soccer, tennis, and baseball, so the stories have some relevance for him. It's been a great new reading book that he's really enjoying, and it's definitely at a level than an 11-year-old can get through and understand.
Read more
8 people found this helpful
Helpful
Comment Report abuse

seniorso42
5.0 out of 5 stars This will work for any sports fan.
Reviewed in the United States on July 13, 2019
Format: PaperbackVerified Purchase
Another book for my great grandson. His mom says he loves this one too.
Read more
4 people found this helpful
Helpful
Comment Report abuse

Delores
5.0 out of 5 stars Good book
Reviewed in the United States on October 21, 2019
Format: PaperbackVerified Purchase
Grandson enjoyed this book. Has read it twice and it is in his library.
Read more
3 people found this helpful
Helpful
Comment Report abuse

BusyBuyer
5.0 out of 5 stars Great for all bigger boy ages.....
Reviewed in the United States on February 24, 2018
Format: PaperbackVerified Purchase
6th grade son is reading this each night before bed. He loves it.
Read more
5 people found this helpful
Helpful
Comment Report abuse

Allyson Synder
5.0 out of 5 stars Poignant life lessons
Reviewed in the United States on June 8, 2017
Format: PaperbackVerified Purchase
My eleven year old learned so much about struggle, grit and determination from this book. He would share the highlights from each chapter with me every night. This is an excellent teaching and communication tool to discuss sports and real life lessons that can be learned from athletes, beyond all the glamour our kids see in the media.
Read more
6 people found this helpful
Helpful
Comment Report abuse
See all reviews from the United States

RedReader
5.0 out of 5 stars Great book
Reviewed in the United Kingdom on January 1, 2018
Format: PaperbackVerified Purchase
Christmas present for my 10.5 year old. He is not a lover of books per se, but has throughly enjoy this book. Many stories of athletes that he is familiar with.
Read more
Helpful
Sending feedback...
Thank you for your feedback.
Sorry, we failed to record your vote. Please try again
Report abuse