Rising Above: Inspiring Women in Sports and millions of other books are available for Amazon Kindle. Learn more
Share <Embed> 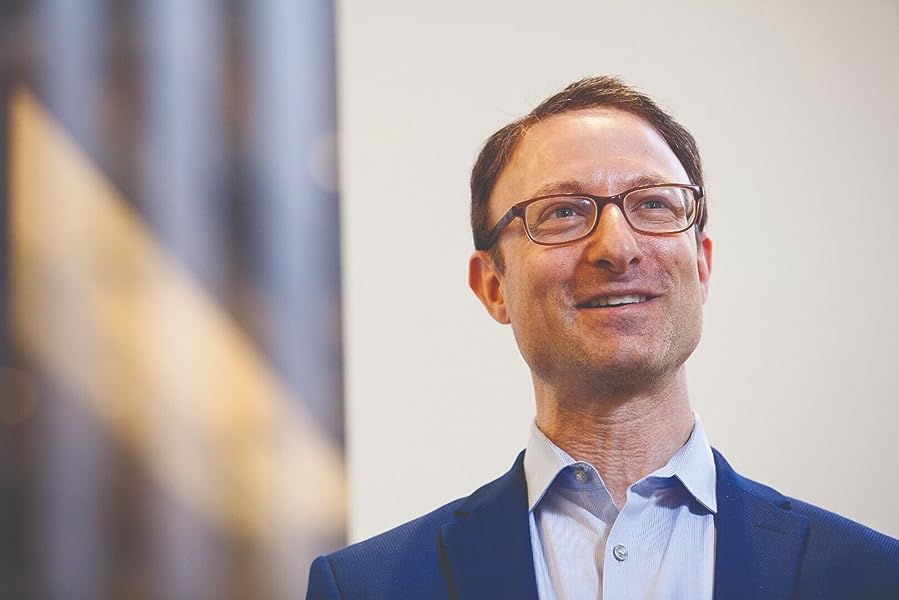 by Gregory Zuckerman (Author)
4.8 out of 5 stars 43 ratings
See all formats and editions
Sorry, there was a problem loading this page. Try again.

Growing up in a crime-plagued, gang-infested neighborhood, Venus and Serena Williams were led to believe their environment was not a place where dreams could come true. It took a relentless determination, a burning desire to be the best, and a willingness to conquer racial barriers for them to emerge as tennis legends. Simone Biles was raised by a single mother with addiction issues, forcing her grandparents to intervene. But Simone soon discovered balance beams and gymnastics mats, setting her on a path toward Olympic greatness. Carli Lloyd, meanwhile, believed her youth soccer career was really starting to take off, only to be cut from her team. Instead of quitting the sport she loved, Carli rebuilt her confidence from the ground up, ultimately becoming one of the leaders on the World Cup Champion U.S. Women's Soccer team.

The athletes featured in this book met earth-shaking challenges head on, and through hard work and perseverance, went on to conquer the sports world. This collection of mini biographies, complete with first-hand content drawn from interviews, is a source of inspiration and self-empowerment for kids and sports fans of all ages.
Read more
Previous page
Next page

"An inspiring, empowering collection of true stories of perseverance and resolve."

Gabra Zackman engagingly narrates this wide-ranging collection of stories about high-achieving women in a variety of sports--Venus and Serena Williams, Simone Biles, Carli Lloyd, and others.-- "AudioFile"

Gregory Zuckerman is the author of The Greatest Trade Ever and The Frackers, among other books, and is a special writer at the Wall Street Journal. He writes about big financial trades, hedge funds, private-equity firms, and other investing and business topics. He is a three-time winner of the Gerald Loeb Award, the highest honor in business journalism. He appears regularly on CNBC, Fox Business, and other networks,and he makes appearances on radio stations around the globe.

Start reading Rising Above: Inspiring Women in Sports on your Kindle in under a minute.

Gregory Zuckerman is a Special Writer at The Wall Street Journal. He is an investigative reporter who writes about various investing and business topics.

Greg is also the author of The Man Who Solved the Market: How Jim Simons Launched a Quant Revolution, a New York Times and Wall Street Journal bestseller. The book, which is being translated into 17 languages, was shortlisted by the Financial Times/McKinsey and the Society for Advancing Business Editing and Writing as one of the best business books of 2019.

Greg also is the author of The Frackers: The Outrageous Inside Story of the New Billionaire Wildcatters, a national bestseller published October 2014 that describes how several unlikely individuals created an American energy renaissance that has brought OPEC to its knees. The Frackers was named among 2014’s best books by The Financial Times and Forbes Magazine. Previously, Greg wrote The Greatest Trade Ever: The Behind-the-Scenes Story of How John Paulson Defied Wall Street and Made Financial History, a New York Times and Wall Street Journal best seller published December 2010.

Greg and his two sons wrote Rising Above: How 11 Athletes Overcame Challenges in their Youth to Become Stars and Rising Above-Inspiring Women in Sports, books that are aimed at inspiring young readers with stories of how stars in various sports overcame imposing setbacks in their youth. The books were chosen by Scholastic Teacher magazine as top picks in 2016 and 2017.

Greg is a three-time winner of the Gerald Loeb award, the highest honor in business journalism. He won the Loeb Award in 2015 for a series of stories revealing discord between Bill Gross, founder of bond powerhouse Pimco, and others at the firm, stories that led to his departure. In 2012, Greg broke news about huge, disastrous trades by the J.P. Morgan trader nicknamed the “London Whale,” trades that resulted in $6.2 billion losses for the bank.

Greg appears regularly on CNBC, Fox Business and other networks and he makes appearances on radio stations around the globe.

Greg joined the Journal in 1996 after writing about media companies for the New York Post. He graduated from Brandeis University in 1988. Greg lives with his wife and two sons in West Orange, N.J., where they enjoy the New York Yankees in the summer, root for the Giants in the fall, and reminisce about Linsanity in the winter.

4.8 out of 5 stars
4.8 out of 5
43 global ratings
How are ratings calculated?
To calculate the overall star rating and percentage breakdown by star, we don’t use a simple average. Instead, our system considers things like how recent a review is and if the reviewer bought the item on Amazon. It also analyzes reviews to verify trustworthiness.
Top reviews

CJ Harris
5.0 out of 5 stars SCHOOL PURCHASE
Reviewed in the United States on May 8, 2019
Verified Purchase
I order Amazon for a public school district. This must be okay to recommend b/c I didn't hear any complaints (and believe me I would have.)
Read more
One person found this helpful
Helpful
Report abuse

mom
5.0 out of 5 stars Great collection of rising up stories.
Reviewed in the United States on April 19, 2018
Verified Purchase
Great book. While some chapters offer more content than others, every chapter is enjoyable and has a great message. Look forward to reading his first book about men athletes.
Read more
One person found this helpful
Helpful
Report abuse

Max Gearman
5.0 out of 5 stars Trow this one on your shelf. It looks great!
Reviewed in the United States on February 13, 2020
Verified Purchase
Bought this for my teenage daughter and she never read it. 5 stars with the rest of 'em. DING!
Read more
Helpful
Report abuse

Avid Reader
5.0 out of 5 stars Easy to read, inspiring and motivating!
Reviewed in the United States on February 21, 2018
Women in sports!! How far we've come in the last 20 years! I've always enjoyed reading about women in athletics and found The Zuckermans' book to be easy to read, very inspiring, and motivating! I really enjoyed reading about how these ladies, who came from humble beginnings, broke through many challenges and endured hardships that lead to ultimate victory in their lives. I'm passing it on to my 10-year old grand daughter who is also aspiring to greatness, and the lessons learned here is, if the "Rising Above" ladies can work hard to achieve their own personal victories, anyone can!
Read more
5 people found this helpful
Helpful
Report abuse

TGR
5.0 out of 5 stars Inspiring & Motivating
Reviewed in the United States on March 26, 2018
The overall theme of this uplifting and motivating book is about overcoming obstacles to achieve success. The personal stories shared from these amazing athletes, who just happen to be women, inspire by revealing how commitment is a must, circumstances don’t have to be permanent, belief in self is imperative and personal empowerment doesn’t happen overnight. As the Director of Marketing and Sponsorship for one of the largest youth soccer organizations in the United States and lifelong supporter of athletics, I believe readers, regardless of gender or age, will find the lessons here encouraging and beneficial.
Read more
3 people found this helpful
Helpful
Report abuse

Maddy2013
4.0 out of 5 stars Inspiring
Reviewed in the United States on April 4, 2018
This book is so inspiring! The variety of stories, lessons, and showing how they rose above their circumstances made this book great. I gave "Rising Above" a 4 out of 5 stars. Even if you're not a kid I recommend this book. It's a pretty quick read with lessons that everyone - child, teen, adult, athlete or not, sport fans or not, female or male - should learn. I love that there's a book about so many women role models. The book was very impacting and written well.
Read more
2 people found this helpful
Helpful
Report abuse
See all reviews
Back to top
Get to Know Us
Make Money with Us
Amazon Payment Products
Let Us Help You
EnglishChoose a language for shopping. United StatesChoose a country/region for shopping.
© 1996-2021, Amazon.com, Inc. or its affiliates