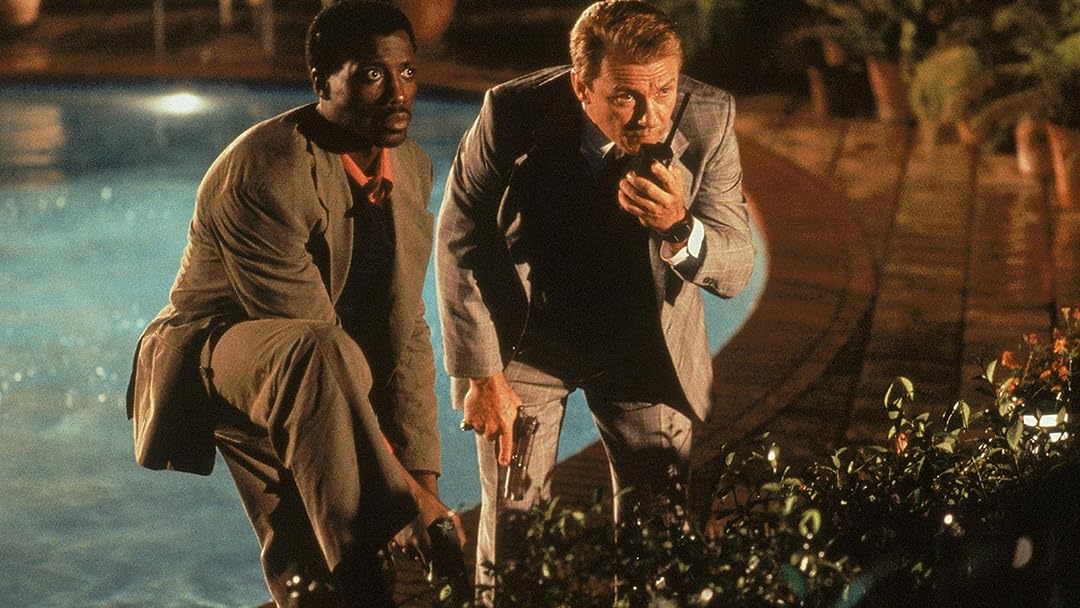 (1,375)
6.22 h 9 min1993X-RayR
A young woman is found dead in the L.A. headquarters of a Japanese corporation - a volatile team of investigators and cops find far more than they bargained for as they dig into the crime.

Y. MamanReviewed in the United States on October 31, 2021
5.0 out of 5 stars
Neo-Noir done right
Verified purchase
Irreverent, brainy, stylish and filled undercurrents of clashes from police, cultural, corporate, political, technology. This movie, like Crichton's book is a great suspense story that lets us into a world of cut-throat corporations jockeying for control of tech and narrative. I enjoyed the detective cat and mouse game, along with the variations from the book.

I don't get folks who claim there were "stereotypes" here. The movie, like it's book source material, offers a spectrum of filled in Japanese characters of various, assimilated to insoluble, honorable to gray to less reputable types that parallel their American counterparts, who also equally come with their skeletons in the closet. Like Crichton's book, the crime and it's investigation are almost just the background to these high stakes business clashes that suck in all who come near them to pick sides.

Snipes does well as a detective/liason trying to assist in a murder investigation, while frustrated with restricting ettiquette imposed on him and having the tables turned on him as he learns more. Connery is great as a wise well schooled in the world, somewhat bitter and hypocritical at times "Senior Man" guiding his junior police partner. But for me, it was Cary-Hiroyuki Tagawa who stole the movie as the irreverent, epicurean, Americanized, politically savvy Eddie Sakamura. He's first presented as a partying, fast cars, fast women loving scion at the start, but that's just a facade. As the maneuvering by players continues, there's more to him and his playing hardball against a rival Japanese corporation for his fathers's interest. I found myself rooting for the guy, even with some of his morally questionable decisions.

This is a rich, re-watchable movie. I was swept up by it's brisk pace the first time. There's always something going on, some person or group trying to play an angle. On re-watch, I was able to enjoy piecing together all the different players maneuvering against one another. Very enjoyable.

joel wingReviewed in the United States on February 4, 2021
3.0 out of 5 stars
If you can get through the Japanese stereotypes the crime investigation is good
Verified purchase
Rising Sun is a crime drama featuring Wesley Snipes as a LA police detective and Sean Connery as a former cop and Japanese expert. A Japanese company is in negotiations to buy a high-tech American firm called Microcon when an American woman is killed at the Japanese company’s headquarters. The movie is a good mystery but it’s full of stereotypes about the Japanese.

The story does a good job building up the story. The woman killed hung out with a Japanese gangster played by Cary-Hiroyuki Tagawa who is the obvious suspect but that’s deception. The problem is this comes wrapped in a bunch of cliches about the Japanese. Connery for example goes into all kinds of protocol you have to go through to interact with Japanese. He says nothing is at it appears implying that the Japanese are deceptive. “Business is war” is said by the Tagawa like the Japanese look at companies different than Americans. On top of that Connery’s Japanese accent is HORRIBLE. If you can cut through all that garbage the police procedural part of the movie is good.

Snipes is actually a better character than Connery’s. Snipes gets to cop an attitude plus he’s smart but everyone ignores that because he’s black.
2 people found this helpful

Kindle CustomerReviewed in the United States on August 27, 2013
4.0 out of 5 stars
Sir Sean Connery and Wesley Snipes Entertain
Verified purchase
Sir Sean and Mr. Wesley do a good job as contrasting types of police officer in a good crime puzzler involving Japanese businessmen negotiating for purchase of an American company. At a party for leaders of the Los Angeles community a young woman is murdered while having sex involving choking to increase the sexual pleasure. In this case, the choking went too far. Sir Sean's police officer character (in semi-retirement) is called into the case to help out police officer Snipes; his character is the expert on Japanese culture. There are many illusions created by one party or another as the investigation is vigorously pursued, pursued, however, with official reluctance to anger the business people. Connery gives a polished, controlling performance, Snipes a rather less effective one, natural given the experience differential that existed at that point in each's career. The supporting cast does quite a good job in providing examples of the contrasting cultural ways. While not first rate, the picture should provide a gratifying couple of hours for most general viewers.
It is over 20 years since I read the book so that it is not possible for me to comment on the relationship of movie to the original source. Since I don't believe movies should try to duplicate a book on film (an impossible task since the media involve so fundamentally different forms of communication) that made no difference to me.
7 people found this helpful

John A Lee IIIReviewed in the United States on March 22, 2007
3.0 out of 5 stars
Culture Clash
Verified purchase
There are several things clashing in this film.

It is a clash of wills between Sean Connery and Wesley Snipes. Both have an idea of how to investigate a murder and both are convinced theirs is the best way.

It is a clash between American and Japanese culture. A murder takes place in the offices of a Japanese corporation located in California. Values differ and so do approaches to solving the crime.

It is a clash between the corporate and the criminal world. And it is also the story of collusion between the two.

It is a clash between the political and business worlds...except that I mentioned that in the previous paragraph.

Wesley Snipes is the lead investigator of the murder. He has been told he needs to work with Sean Connery. Connery is not longer on the force but works as a consultant for Japanese corporations. He is thoroughly taken with their culture and ideals. Communicating this to the rasher Snipes is not always easy.

This film has a large technology component. It should have some appeal for technophiles. As a murder mystery, it is fine but nothing to get excited about.
2 people found this helpful

PubtymReviewed in the United States on May 24, 2022
1.0 out of 5 stars
Terrible
Verified purchase
Culture clashes and plentiful Japanese stereotyping. Sean Connery's worst film. Pass this one up. Waste of time and money.

JDDDReviewed in the United States on March 22, 2021
4.0 out of 5 stars
Good movie
Verified purchase
Read the books years ago and was excited when movie came out. Was good then. All these years later getting the movie on DVD. Good as I recall. To be honest a bit more raunchy that I remember. Hard R to be sure.

Diane L. McKennyReviewed in the United States on September 4, 2021
5.0 out of 5 stars
Read the book, enjoyed the movie too.
Verified purchase
I enjoyed reading the book years ago, but the part that Wesley Snipes plays was not portrayed as an African American in the book. During that period Japanese & African Americans did not get along at all.

FRANCISCO D.Reviewed in the United States on March 8, 2020
1.0 out of 5 stars
Didn’t work
Verified purchase
I know that some Blu-rays don’t work and some Blu-ray players. But I have two different Blu-ray players and I try to put it in both of them and it didn’t work in either of them. Little upset about that. But the good thing is that the return was very simple and very easy.
See all reviews
Back to top
Get to Know Us
Make Money with Us
Amazon Payment Products
Let Us Help You
EnglishChoose a language for shopping. United StatesChoose a country/region for shopping.
© 1996-2022, Amazon.com, Inc. or its affiliates