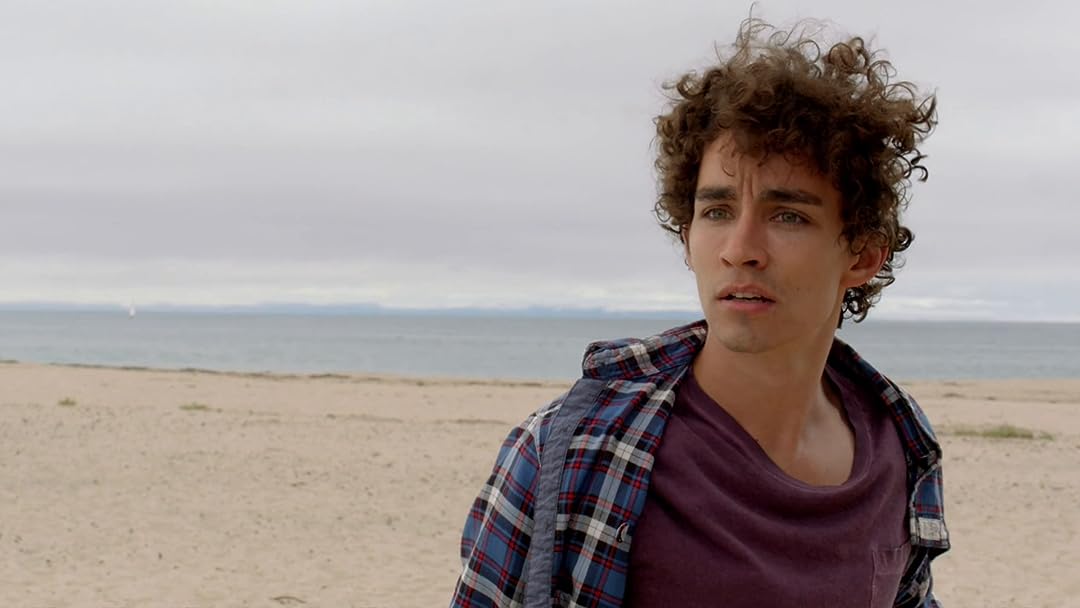 (261)7.11 h 41 min2015R
After his mother's death, a young man afflicted with Tourette's syndrome is packed off to a treatment clinic, where he cooks up an impetuous scheme to transport his mom's ashes to the California coast.

P. G. McFinniganReviewed in the United States on April 3, 2015
5.0 out of 5 starsThe Road WITHOUT!
Verified purchase
This is a good movie. I won't go into the plot details much, there's nothing astounding or mind blowing.

The movie is a quasi-hipster movie about people finding themselves by addressing long-overdue personal and inter-personal issues.

The thing that sets it apart is that the main cast of characters have some form of mental issue. The secondary characters, who also play a large role in the film, have their own issues. It's interesting because not many films address how mental illness affects family and other relationships. Anymore information, I feel, would be spoiling parts of the movie that are better for people to see for themselves. The trailer gives enough info about the movie.

I think the people who won't like this movie are people who don't like depictions of mental illness that aren't 100% accurate. I thought they did a good job with the characters (for a movie depiction anyway), but people don't all act the same way if they have a particular mental illness. So if you're looking for 100% realism (or more accurately, your idea of 100% realism), you probably won't like the movie. Basically, anyone trying to "relate" to the movie in any sense beyond the basic human experience won't like it. It's not for professionals looking for perfectly accurate depictions, is what I'm saying. Because there are none. People are different. But it's still a good movie.

And people who hate a certain level of realism may not like the movie. Some of the characters are treated or thought of negatively because of their disability. The movie doesn't get into that too much, but that was one of the elements of the movie that made it interesting to me (because of character interaction), but finger-waggers may say "That's not how you treat people with a disability! That's not how (person) should have handled it! This whole movie is bad now!" So if you're a moral superiorist, you may not like the movie.

If those things don't apply to you, and you want a good drama, I recommend the movie.

Also, I bet you're wondering why the title of the review is The Road WITHOUT, eh? Sounded catchy, amirite? Yeah, I got nothin'. I'M SORRY!

Crazy cat ladyReviewed in the United States on April 22, 2019
5.0 out of 5 starsMost excellent!
Verified purchase
This was very well done. The acting, the story, the whole thing was surprisingly good. Although not at all realistic, because it is a medical malpractice nightmare, which to make it at all believable meant it had to be cash upfront and thus the "experimental treatment center" nod. I will give it a pass for that because it is a movie and not reality. Unfortunately because of provider malpractice insurance and the way healthcare is done in this country there is no way even with cash up front and no health insurance involved, that a place like this would exist or would be safe for the clients or the staff. That aside, it was nice to see compassion, personal and parental/therapist growth and less stigma in a Hollywood movie about mental health issues than is usual. The symptoms of the main 3 characters were on target and the actors did great with their portrayals. I love Robert Sheehan in anything! That being said, society still needs to grow, including Hollywood taking more responsibility when making movies about this subject. This was one of their better ones.
One person found this helpful
Report abuse

JillyReviewed in the United States on December 14, 2019
5.0 out of 5 starsThe Road Within - a Journey of Love
Verified purchase
At an hour and 40 minutes (which literally flew by) this movie is but a small slice of a bigger picure - a glimpse into just into the lives of 5 human beings brought together, even if for such a brief period of time. Some are afflicted with neurological disorders and some with the simple frailties of human existence. But when it comes down to it, this is a movie with Heart. The acting was brilliant, captured impeccably by the Director. The Editor must have had a fabulous canvas from which to choose the continuity of the film seamlessly. The cinematography was gorgeous. This film really touched my Heart. Will it touch yours? That depends on your Heart ♥
2 people found this helpful
Report abuse

Stanley C. SargentReviewed in the United States on January 11, 2017
5.0 out of 5 starsbut I like Dev Patel
Verified purchase
I wasn't sure what to think of this film, but I like Dev Patel, so decided to give it a shot. He isn't the star, Robert Sheehan is, but Patel is excellent as the germophobic co-star. The premise is 3 young people, each with a different mental problem they can't help (Turret's, inability to eat or love, and the germophobia) meet in a clinic and end up running away together to escape themselves really. They soon bond on (not always easily) on many levels, including one very unexpected one. I really felt the acting by these three and the 2 other lesser characters (Sheehan's father and the woman who runs the clinic) to be excellent and the story very compelling. I found it funny, quirky, sad, touching and, well, really well done and underappreciated. I'd gotten the DVD from Netflix and ordered it on Amazon (to own) the next day. I love the story, and I'm usually a fan of sci-fi, horror, special effects, and thrillers. This film isn't like any of those types of films, but it left me feeling really good inside.
3 people found this helpful
Report abuse

thornReviewed in the United States on April 19, 2015
5.0 out of 5 starsReally enjoyed this movie...
Verified purchase
Excellent movie! I agree with Amanda below, Robert Sheehan is the star of this movie and not a supporting actor. All of the actors and actresses did a terrific job portraying characters with mental illness or those who interact with them. I'm glad I bought this rather than rented as I will certainly watch it again. The language, of course, is characteristic as one of the possible symptoms of Tourette's syndrome, so if that bothers a viewer, better not watch. I highly recommend this movie. I saw it as a touching and hopeful portrayal of 3 young people trying to free themselves from the perceived boundaries of their mental illnesses.
9 people found this helpful
Report abuse

harriet ann blyReviewed in the United States on February 25, 2018
5.0 out of 5 starsI absolutely LOVE this movie
Verified purchase
I absolutely LOVE this movie, it is the sweetest, funniest, feel good movie, it is now my most favorite movie, I still tear up every time I watch it. I absolutely love Dev Patell, he is one of the best actors, Robert Sheehan is also a great actor, playing a person with turrets cannot be easy.
4 people found this helpful
Report abuse

RARA AVISReviewed in the United States on April 3, 2020
1.0 out of 5 starsIrresponsible Trash
Verified purchase
Did the people in this movie need to have mental health issues? NO. So why did they choose to make a farce of mental illness? Dig deep into the filmmakers and you will find their issues. Irresponsible nonsense.
One person found this helpful
Report abuse

Ro-Ro-BinReviewed in the United States on September 25, 2017
5.0 out of 5 starsSomething different
Verified purchase
I've battled chronic, untreatable depression for five years, so this film interested me.I would have liked it even if I was "normal". It shows how uncomfortable mental illness can be, but it also shows that sufferers are still human beings who should not be minimized.
3 people found this helpful
Report abuse
See all reviews
Back to top
Get to Know Us
Make Money with Us
Amazon Payment Products
Let Us Help You
EnglishChoose a language for shopping. United StatesChoose a country/region for shopping.
© 1996-2021, Amazon.com, Inc. or its affiliates