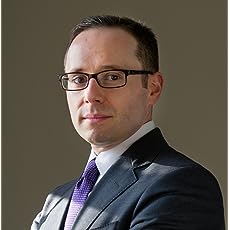 An expert in wills, trusts, estates, and fiduciary administration, Robert H. Sitkoff is the John L. Gray Professor of Law at Harvard Law School, where he was the youngest professor with tenure to receive a chair in the history of the school. Sitkoff previously taught at New York University School of Law and at Northwestern University School of Law. He has won three distinguished teaching awards.

Sitkoff's research focuses on economic and empirical analysis of trusts, estates, and fiduciary administration. His work has been published in leading scholarly journals such as the Yale Law Journal, the Stanford Law Review, the Columbia Law Review, and the Journal of Law and Economics. Sitkoff is the surviving co-author of Wills, Trusts, and Estates (Aspen 9th ed. 2013), the leading American coursebook on trusts and estates. Sitkoff's research has been featured in the New York Times, Wall Street Journal, Business Week, and Financial Times, among other media. In 2007, Lawyer's Weekly USA named Sitkoff as an up-and-coming lawyer.

Sitkoff is an active participant in trusts and estates law reform. He serves under Massachusetts gubernatorial appointment on the Uniform Law Commission (ULC). Within the ULC, he is Chair of the Drafting Committee for an Act on Divided Trusteeship and is a liaison member of the Joint Editorial Board for Uniform Trusts and Estates Acts. He previously served as a member of several other drafting committees for uniform trusts and estates acts and as the Reporter for the Uniform Statutory Trust Entity Act (Last Revised 2013). Within the American Law Institute (ALI), Sitkoff is a member of the Council, the ALI's Board of Directors, and he is a member of the Council's Projects Committee. He is currently an Adviser for the Restatement of Charitable Nonprofits and the Restatement (Third) of Conflict of Laws. He previously served on the consultative groups for the Restatement (Third) of Trusts and the Restatement (Third) of Property: Wills and Other Donative Transfers.

Sitkoff serves as an advisory consultant and expert witness in litigation and regulatory matters involving wills, trusts, estates, and fiduciary administration. He has also led training workshops for trust officers and other professional fiduciaries. Sitkoff edits the Wills, Trusts, and Estates abstracting journal in the Social Science Research Network, is a past chair of the Section on Trusts and Estates of the Association of American Law Schools, and is an academic fellow of the American College of Trust and Estate Counsel.

Prior to joining the legal academy, Sitkoff was a law clerk to then Chief Judge Richard A. Posner of the United States Court of Appeals for the Seventh Circuit. At the University of Chicago Law School, from which he graduated with High Honors, Sitkoff was the Managing Editor of the Law Review, was selected for the Order of the Coif, and was awarded the Olin Prize as the outstanding graduate of his class in law and economics.
Read more 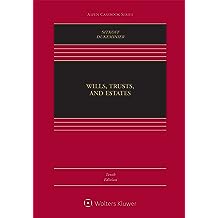 Hailed as one of the best casebooks in legal education, the text combines interesting cases, thoughtful analysis, notes, images, and a clear organization for an excellent teaching tool.

Retaining the late Jesse Dukeminier’s blend of wit, erudition, and playfulness, the Tenth Edition uses cartoons, illustrations, case documents, and photographs to provide visual commentary that augments the wide-ranging cases and other readings. Sidebars on relevant but unique persons, places, and events provide thought-provoking and fascinating context. This casebook is not only fun to read, but fun for professors to teach.

New to the Tenth Edition:

The purchase of this Kindle edition does not entitle you to receive access to the online e-book, practice questions from your favorite study aids, and outline tool available through CasebookConnect. 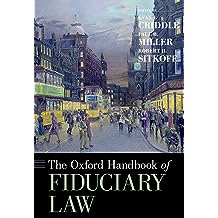 Chapters in the Handbook explore the defining features of fiduciary relationships, clarify the distinctive fiduciary duties that arise in these relationships, and identify the remedies available for breach of fiduciary duties. The volume also provides numerous comparative perspectives on fiduciary law from eminent legal historians and from scholars with deep expertise in a diverse array of the world's legal systems. Finally, the Handbook lays the groundwork for future research on fiduciary law and theory by highlighting cross-cutting themes, identifying persistent theoretical and practical challenges, and exploring how the field could be enriched through empirical analysis and interdisciplinary insights from economics, philosophy, and psychology.

Unparalleled in its breadth and depth of coverage, The Oxford Handbook of Fiduciary Law represents an invaluable resource for practitioners, policymakers, scholars, and students in this essential field of law.
Read more
Other Formats: Hardcover