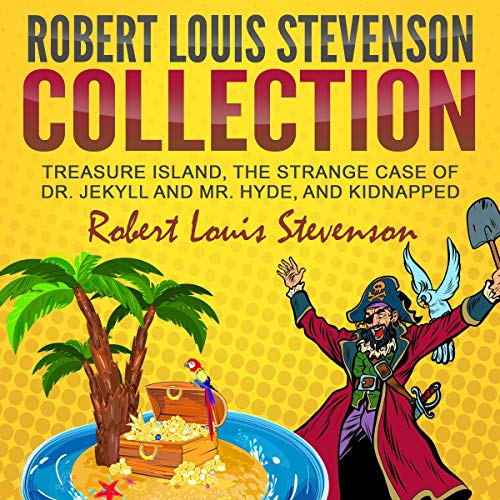 The Robert Louis Stevenson Collection is a must-have addition for anyone’s library of classic literature. Robert Louis Stevenson has been a pillar of classical literature since the late 1800s and has brought us tales that have exhilarated and scintillated readers for more than a century since their publishing. This collection brings you three classic tales that are suitable for a range of tastes and ages.

Treasure Island: This exhilarating tale of buccaneers, buried gold, and the mutiny of the Hispaniola. This coming-of-age story has been a staple of classic literature since the late 1800s. In this tale, a young boy by the name of Jim Hawkins lives a modest life, minding the inn owned by his mother and his gravely ill father. One evening, a mysterious guest comes to call, bringing tales and songs of the sea, piracy, and other daring things that have other guests clutching their pearls. Before long, however, Bill is taken ill and succumbs to the sickness just as pirates who are after blood come crashing into Jim’s inn. Find out what happens in the siege and the adventures that follow!

The Strange Case of Dr. Jekyll and Mr. Hyde: This original novella by Robert Louis Stevenson has been the basis for countless retellings, new shows, stories, movies, and more. This tale tells a terrifying story about what happens when a man is truly not himself for hours at a time. Could a man really change personalities at will? What would happen in such cases?

Kidnapped: This historical fiction adventure novel penned by Stevenson in 1886 was eloquently written to captivate and enthrall listeners fascinated by the real events that inspired the tale in 18th century Scotland. David Balfour, a 17-year-old boy recently orphaned in 18th century Scotland, discovers that his father was the eldest of his siblings. This would leave David the heir to his grandfather’s vast estate. However, when one of his uncles pieces this fact together...everything becomes more interesting!