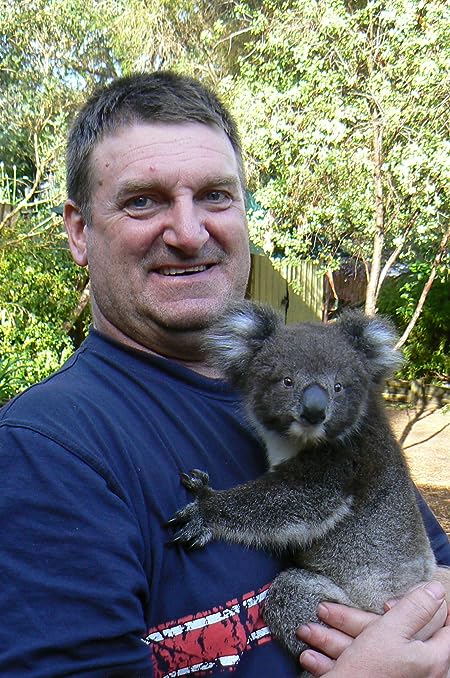 Robert N Stephenson is an author, publisher, editor, anthologist and one-time literary agent. His works have appeared from Australia to China, Poland to the USA.

His novel Vanishing Light from ReAnimus Press is set in a future Australia while his novel Do You Want to Live Forever is set in a contemporary Santa Monica.

Do You Want to Live Forever was once said by a pre-release reader, this book is not so much dark paranormal urban fantasy, but more like someone painted a page black and gave it a little shake until some white showed.

The Imperfections series are a set of books focussed on early works that formed the backbone of Mr Stephenson's career. They are imperfect representations of the developing writer. The ideas are far fetched, the writing at times is awkward and the delivery far from perfect - hence the series title.

The World of Science Fiction, Fantasy and Horror anthologies are stories collected from writers all over the world who give us a vision of creative thinking across cultures. It is here you will read work of Gustavo Bondoni, Eric De Carlo, Jonathan Shipley and Brad Mc Naughton. 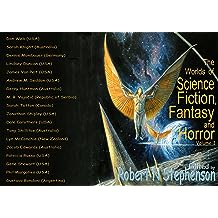 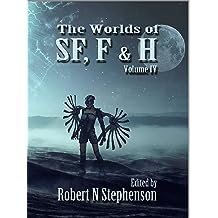 The Worlds of Science Fiction, Fantasy and Horror Volume IV (Worlds of series Book 4) Jan 11, 2019
by Robert N Stephenson
$0.99
An anthology of stories in varying genres from around the world. From the wonders created by Bo Balder to the mystery by Marcie Franks a vision of a world not like our own can be had. From Egypt to Germany these stories have come and in their union, they hope to deliver a wider world view than stories just from one nationality and nation. The editor, Robert N Stephenson, is an award-winning author who believes the world can be better served by bringing our creative expressions together and an opportunity for different voices was created.You will find stories about pirates on the high seas, aliens who just don't get along, a vampire with social issues and a town lost to the promises of a technology no one understands. Only here will you see the stories from Argentina and Romania together, where Italy shares the stage with Russia and where the dominant voices are not those of the USA, but The Netherlands. It is a small world after all.Altair Australia Pty Ltd is endeavouring to spread these different voices across the globe and to show readers there is more out there if you just know the author's names, and have experienced some of their writing. Without the critical feature of needing to make money, this anthology is kept as close to cost price as possible in all formats so readers can easily access the material. Share your books, point readers this way and in turn become part of this project's endeavours - to unite the world with words.
Read more 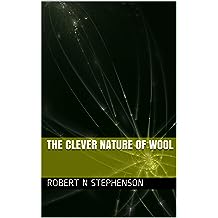 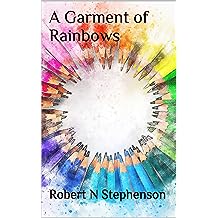 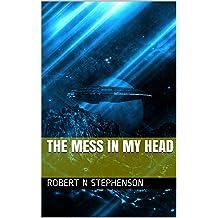 The Mess In My Head (Imperfections Book 2) Jun 1, 2019
by Robert N Stephenson
$5.95
A collection of previously published and first time published stories from one of the dark horses in Australian literature. Robert has been a literary agent, representing Christy Jordan Fenton and Tony Shillitoe, he is still a publisher having published books by Jack McDevitt, David Brin, Sean Williams, Sophia Mason, Kate Forsyth and Lyn McConchie. As a writer, he has won awards and been recocognised for his work with new writers through online college courses. The Mess in My Head is book 2 of Imperfections and coveres a period of time that had mixed reviews.
Read more
Other Formats: Hardcover , Paperback 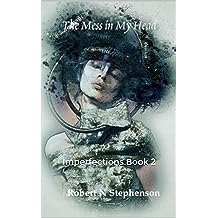 The Mess in My Head and other stories: Imperfections Book 2 Feb 20, 2019
by Robert N Stephenson
$4.99
A collection of very early stories from Robert N Stephenson. These come from his early developmental days where he experimented with aspects of science and sociology. Some of these eventually found publications is small press journals, but many are here for the first time.
Read more 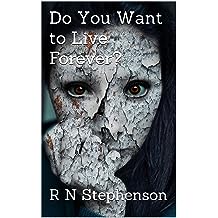 Do You Want to Live Forever? Feb 7, 2019
by R N Stephenson
$4.99
Supernatural horror-esque journey through a writers madness, addictions and her encounter with the forces that drive evil in the world. She has to survive while others around her die.
Read more 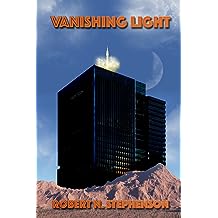 Vanishing Light Mar 2, 2018
by Robert N. Stephenson
$3.99
"One of the hottest new talents to come out of Australia"
—Robert J Sawyer, author of Flash Forward

From award winning science fiction author Robert N Stephenson, Vanishing Light takes you into a world where DigiCorp is all you need.

With the world on the brink of collapse, DigiCorp's genius founder fought the odds and naysayers and saved the world. There are more rules, but people are content and accept there had to be a price to avoid calamity.

One man, Mikolev, seems to think things may not be as perfect as they seem. Or is he crazy? His assigned therapist is concerned and vigilant.

Are the rumors true that people vanish from the system while teleporting? Or that people's organs are moving around?

Mikolev thinks he's stumbled onto a secret. Is it nothing, or has he just opened Pandora's box and put all of utopia at risk?
Read more
Other Formats: Paperback 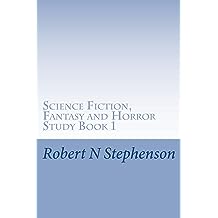 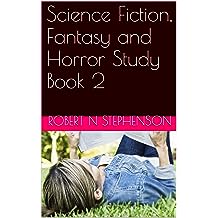 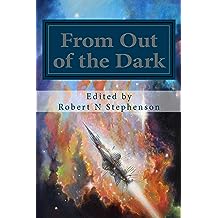 From Out of the Dark Apr 15, 2015
by Robert Stephenson
( 1 )
$4.95
A collection of short stories by various authors on the subject of Science Fiction Horror in Space. This collection contains 10 stories by 10 individual authors from Australia, Canada and the USA
Read more
Other Formats: Paperback 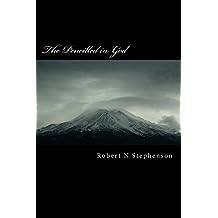 The Pencilled in God Feb 18, 2015
by Robert Stephenson
$2.99
The creative observation of what made God and the development of religions around the one true God idea. The scientific and historical position when it comes to the relative nature of God, why is it important and where it has lost its way as an actual entity. For those holding to a faith based belief system the contents of this book may offend.
Read more
Other Formats: Paperback