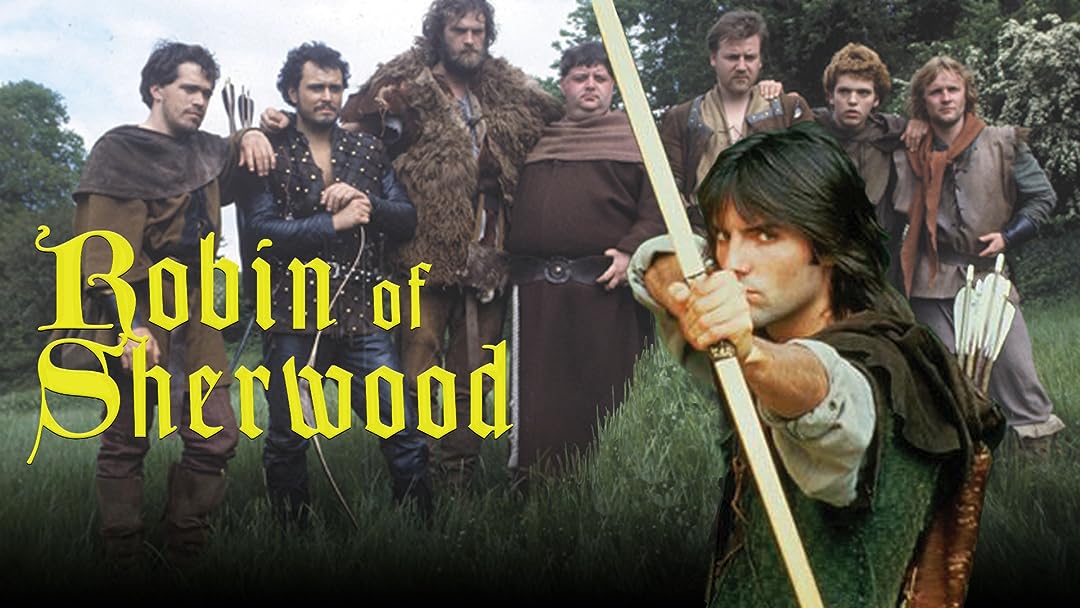 Amazon CustomerReviewed in the United States on January 20, 2004
5.0 out of 5 stars
Looking for more episodes of this show
Verified purchase
I used to watch this show when I was a child and it is one of the best stories I have seen.. :) I hope I will be able to find more episodes. I think there were at least eight parts to it.
Does anybody know where I can find the rest of it?
12 people found this helpful

K. LambertReviewed in the United States on June 2, 2003
5.0 out of 5 stars
More Episodes and on DVD!!!!
Verified purchase
I grew up in the eighties watching this show on PBS, and have been searching for it on DVD. It was such a beautifully crafted show, and such a perfect encapsulation of that period in history. For a history buff, it is dream, and for anyone interested in alternative religions, like Wicca, it paints a true and unbiased picture of Paganism.
Also, Michael Praed is extremely attractive, and that helps. This show needs to be available on DVD! I would buy every episode.
30 people found this helpful

Otto P.Reviewed in the United States on March 16, 2018
5.0 out of 5 stars
My all time favorite telling of Robin Hood
This is not just my favorite version of Robin Hood, it's probably my favorite TV show of all time. I have them all on DVD, but it's cool to see them here on Prime to expose a new generation to this telling of the Robin Hood story.

This is a version of Robin Hood steeped in the historical world of Anglo-Norman England, and it speaks to the ethnic mix of Normans, Saxons, native Celts, and the influence of the crusade era Middle East without resorting to the ridiculously ahistorical "diversity" tropes that would be required of a British television production today.

Throw in a wonderful element of sword and sorcery, and it's the recipe for a winner.
20 people found this helpful

oriflammeReviewed in the United States on July 15, 2020
5.0 out of 5 stars
Best Robin Hood version and best mullets in history of TV
There's no such thing as an "historically accurate" Robin Hood--no such person ever existed, and the stories are made up from numerous isolated popular ballads. He's a legend. But he is a legend with a meaning--primarily class warfare, in this case also cultural between conquered Saxons and Norman overlords--and it needs accurate historical grounding. This one has just the right amount of grounding--no silly Men in Tights costumes a la Errol Flynn; they all look like they have fleas--but interprets the legend, and the class warfare, with unique flair. It's great to see King Richard not as the Walter Scott savior and uniter of the country but as a manipulative arrogant upper-class bastard who tries, like a modern political demagogue, to coopt the Merry Men, unsuccessfully. It's also great to see an imaginative (if wholly unhistorical) fantasy dimension thrown in for effect. Nicholas Grace is the best Sherriff ever, the smartest and in some ways most sympathetic while still being a total bastard. And, of course, there's the eye candy (Michael Praed and Judy Trott, take your pick). In the 80s this was a relaxing escapist evening in the woods with good company and great Clannad music. Still is.
7 people found this helpful

Maeve's MoggyReviewed in the United States on March 25, 2020
5.0 out of 5 stars
Pagan PreRaphaelite Version of Robin-in-the-Hood
I ran across this several years ago and have watched it every year since. I loved the Pre-Raphaelite versions of Robin and Marion - so ethereally beautiful and fine. But mostly I loved the pagan references to Cernunnos, or Hern the Hunter. It is a perfect context for men living in the wood - just enough magic to make it epic. My favorite character is Mark Ryan's Nasir - the original Robin Hood was a product of the Crusades and Nasir brought that element of the story to life. And who doesn't love a dark, mysterious stranger (who's really good with swords)? I recently bought a pack of Wildwood Oracle Cards and found to my delight that they were devised by Mark Ryan! I give Mr. Connery credit for stepping into an impossible role, but the first season is the one that will live in my heart.
4 people found this helpful

Chris CoyneReviewed in the United States on March 2, 2018
5.0 out of 5 stars
Love the show. I hope I get to see the entire series
I love this series. But when are you going to release series 2 and 3? It has to be complete series. I hope you won’t do the same mistake as HULU and don’t release all the episodes. They left out the most important episode in series two and hafe of series 3 is missing. You can’t enjoy the show if can’t see all the episodes. Don’t make the same mistake.
13 people found this helpful

KreiganReviewed in the United States on April 24, 2019
5.0 out of 5 stars
True Television Classic
Growing up as a young child in the 80s.... this show has a special place in my heart.

This may sound strange now, but many people would rent VHS players along with the cassettes in those days. This show would get constant rentals from us. I just thought the story and sound track were truly ahead of it's time back then.

The series has aged, but not as bad as you would expect. Enjoy it for the snapshot in time that it represents for quality television.
6 people found this helpful

BourbeauReviewed in the United States on September 30, 2004
5.0 out of 5 stars
The Greatest Film/Video Adaptation Of Robin Hood Ever!
Most Robin Hood enthusiasts agree that this Goldcrest series from the 1980s (originally aired in the U.S. on Showtime) is the best film/video version of the Robin Hood legend ever conceived. The 26 episode British mini-series begins with this episode ("Robin Hood And The Sorceror"), following Robin of Locksley's transformation from a humble yeoman to outlaw Robin Hood. The casting is AWESOME. Michael Praed is PERFECT as Robin. In fact, EVERYONE is perfect in this cast. Writer Richard Carpenter expanded on the legend as we know it by adding an element of occultism and sorcery. Some may find the result to be a bit too 1980s and a little too Dungeons & Dragons, but the magic never really departs from the many existing myths of Europe (I thought the addition of the Herne the Hunter character was SO cool). The addition of a Sarecen character was a particularly clever move (so clever that Kevin Costner STOLE the idea for his own production several years later!). BTW - this entire series IS available in a limited edition region 1 DVD set from Network Video (I ordered my copy direct from England), so Robin Hood fans, don't despair! The dvd extras are GREAT! Interviews with the cast and crew are fantastic! Even my girlfriend fell in love with this series, and she HATES swords & sorcery fantasy flicks (she's watched the series several times now!). I must confess, however, that I really only like the first 13 episodes. The last half of the series experienced some changes in casting, directors, and screenwriters. Carpenter was very clever to insert the Robert of Huntington character (most scholars try to narrow down the identity of Robin Hood to Robin of Locksley and Robert of Huntington), but the style and content of the Huntington episodes are not of the same quality as the first 13 episodes (which is really quite sad). Still, this is one of the best DVD purchases I've made so far. That 13th episode ("The Greatest Enemy") alone was worth the price of the whole set! That's one of the most powerful things I've ever seen on television! Kevin Costner, eat your heart out!
30 people found this helpful
See all reviews
Back to top
Get to Know Us
Make Money with Us
Amazon Payment Products
Let Us Help You
EnglishChoose a language for shopping. United StatesChoose a country/region for shopping.
© 1996-2022, Amazon.com, Inc. or its affiliates