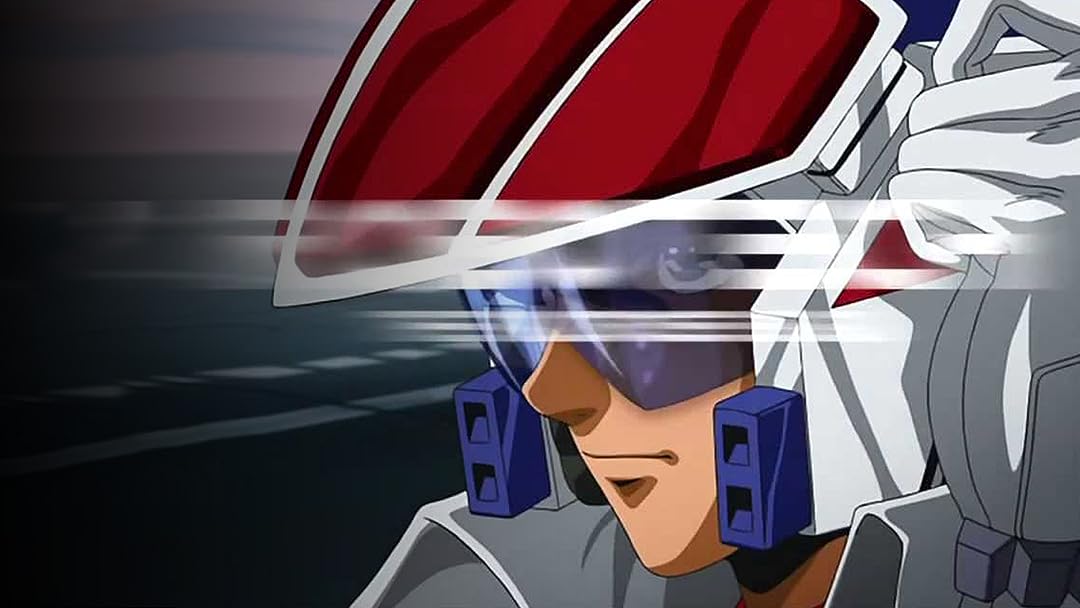 (31)
8.51985TV-Y7
A gigantic spaceship crash lands on Earth, foreshadowing the arrival of an alien armada bent on war and destruction. The world unites to unlock the secrets of its miraculous alien technology, known as Robotech, to defend the world against impending invasion. The challenges they will face will be greater than anyone could have imagined...

Otaku SenpaiReviewed in the United States on July 29, 2020
1.0 out of 5 stars
Meh......
Verified purchase
Unfortunately Robotech is a mish mash of SDF Macross and 2 other unrelated stories shoe horned in 1 series. This movie, which was previously stated by another buyer, is the first 3 episode of a series which was never completed due to running out of money, which does nothing to answer all the questions about the fate of the crew.

I would recommend you watch all of complete Macross series instead of the poorly contrived Robotech series. It may not answer all the questions, but is a much better story.

I made the mistake of buying this hoping it would answer questions about the fate of the SDF-3 but I was wrong. I will not buy any new Robotech movie or series after this train wreck.

Chris YoungReviewed in the United States on December 29, 2007
5.0 out of 5 stars
Great For Any Fan.
Verified purchase
Robotech II The Sentinles is a great movie to fill us in on what has happened since the first Robotech war.Sure it has it's good and bad moments but in the end I give it a 10/10.Nobody can say that the marriage scene wasn't truly one of the most beautiful parts of the Robotech series.
The marriage scene has an AWESOME SONG sung by the duet of Minmei and Janyce. This is a must see for any and all Robotech fans.
4 people found this helpful

Frank DirscherlReviewed in the United States on February 6, 2017
5.0 out of 5 stars
Awesome video!
Verified purchase
VHS tape was in perfect condition. Very much appreciated.
One person found this helpful

W MReviewed in the United States on July 4, 2016
5.0 out of 5 stars
Exciting Throrwback to Earlier Anime - It is A War Story though!
Verified purchase
Pretty sure this isn't the original broadcast version, but the first edits. There are a couple cut scenes from particular episodes that are always missing in the redistributed versions since I remember watching them when I grew up. Nonetheless these still bring up all the good memories of the fist Anime series that got me hooked to such sagas. I am so happy to see them as part of Amazon Prime.and highly recommend with the only reservation being this is early anime series dubbed to English so its not as seamless or smooth as more contemporary series. Still one can get great joy with the mature topic of war and civilizations. I'd love to see Amazon cover the Sentinel series as an original production if they keep this franchise..
12 people found this helpful

GageReviewed in the United States on January 4, 2017
5.0 out of 5 stars
Robotech is he cool series
Verified purchase
I've always enjoyed Robotech
9 people found this helpful

steven l rodriguezReviewed in the United States on January 23, 2017
5.0 out of 5 stars
Five Stars
Verified purchase
Can't get enough of it
4 people found this helpful

ProvidentialReviewed in the United States on July 21, 2016
2.0 out of 5 stars
Just watch Macross Instead
Verified purchase
Before you freak out about the two stars, give this a read. There's good and bad to Robotech. The series has a complex history. In short, at the time American television series required many more episodes per season than Japanese series. American shows were broadcast every weekday (as in, so kids could watch cartoons before school) while Japanese series only had one episode per week. To "fix" this, three different anime series were all combined into one, and the individual series were recut to suit American viewing audiences. The result is a very mixed bag.

-Provides a primer to three Japanese anime. Season 1 is mostly a recut of The Super Dimension Fortress Macross, while later seasons are cribbed from Super Dimension Century Orguss and Fang of the Sun Dougram. You may already be wondering how three entirely unrelated shows could be cut into one cohesive storyline. The short version is not very well. Most people agree Season 1 is pretty good because it's a fairly direct translation of Macross, the but the problems combine in the later series which have never been as popular in their own right to begin with.

-Nostalgia. For a lot of people this was their first taste of Japanese animation, so despite all its flaws, they put on rose colored glasses and put this series up on a pedestal. Nostalgia is big in the culture right now, so I can hardly blame them.

-Where to begin? First off, obviously, three unrelated anime have their stories mangled to try and fit them together. Each anime is better in the original, unedited version. If you can get your hands on them, watch the originals.

-Censorship. Japanese animation at the time didn't have the same stigma as American cartoons used to, where America thought cartoons were "for kids". Because of this, many adult themes such as nudity and death are edited out. Many scenes will be of visibly poor quality in affected episodes, either extending episodes with terrible trickery (like taking a still frame of a character and making it look like their mouth is moving for longer as though they're talking more), or cutting around violence or drinking in ways that are truly awful (some fight scenes are almost impossible to follow, you'll see a lot of this when Veritech fighters fight unarmored Zentradi, as they were trying to cut out blood and violence against people).

-Americanization, in really weird ways. Combined with censorship, some of the content was edited in rather weird ways to supposedly make it more palatable for America. The best example is that the entire point of the Japanese Macross is that the way we "win" against the aliens is through our culture. The Zentradi are such a warlike species that they are totally overpowered by cultural items we take for granted, such as music. The Zentradi will throw down their arms and surrender just to get to hear the new pop single. In the Japense this was called "protoculture", as in the culture the Zentradi had before they became such a warlike species. In Robotech, "protoculture" is translated as a secret energy source left behind by aliens. Really baffling.

Overall, if you've never seen classic Japanese anime and this is the only way you can get your hands on it, you'll still enjoy it. The themes and ideas of the original shows are still relevant today, even if they've been mangled in the Robotech makeover. The animation, where it wasn't damaged by the translation, is still amazing. The mechanical designs in all the series are great. But honestly, if you can just get your hands on the Japanese version of Macross, just watch that. It's much better than the Robotech version.
49 people found this helpful
See all reviews
Back to top
Get to Know Us
Make Money with Us
Amazon Payment Products
Let Us Help You
EnglishChoose a language for shopping. United StatesChoose a country/region for shopping.
© 1996-2022, Amazon.com, Inc. or its affiliates