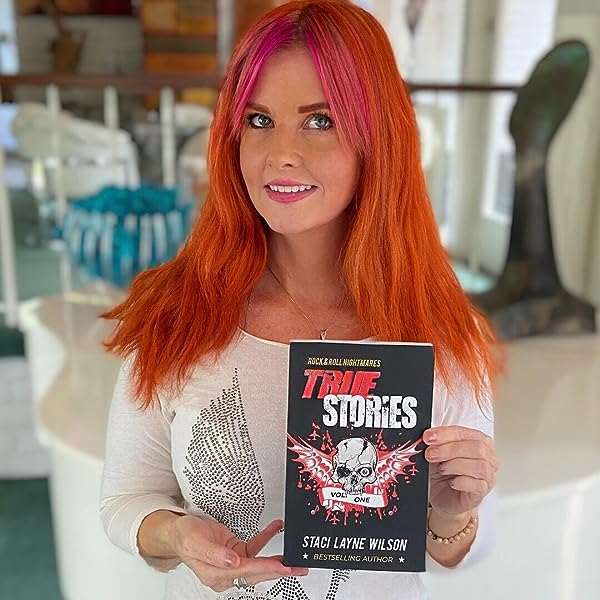 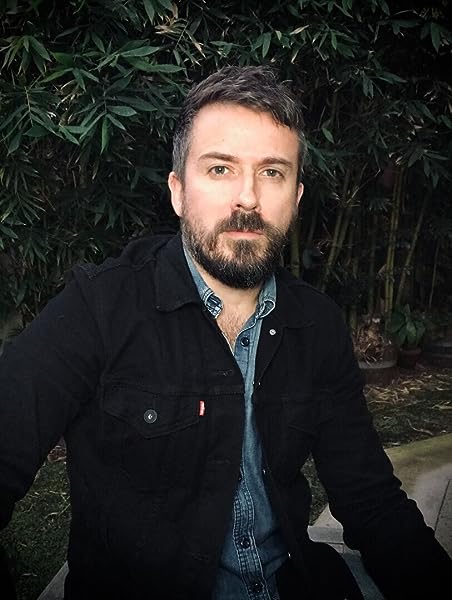 Tune in, turn on, and drop in to the rock & roll rabbit hole! Along Comes Scary is set in an alternate spooky ’60s where vampires play screaming guitars, hellbound hotrodders start a new trend on AM radio, and there are groupies who will do anything for a piece of their favorite band. Stories include Papa’s Got a Brand-New Body Bag, Hell-A Woman, and She’s Got a Ticket to Die.

Rock & Roll Nightmares has all the sex, drugs, and broken dreams you can handle without going to rehab, plus musical fun facts interwoven throughout stories that are written by folks who know their music—and clearly love it. (Killer Queens Podcast)

Whether you’re a Metallica devotee or a Monkees disciple, you’re bound to be shocked by something in these books… but if you can’t laugh at the idea of pitting Phil Specter against Richard Ramirez in a fight to the death at the Cecil Hotel, then you’re not invited to the afterparty! (Classic Rock Memories)

Perfect for fans of Rock Stars Do the Dumbest Things and The Dirt—you will be laughing, grossed out, and scared to death all at once. (On Deck Book Review)

The anti-Summer of Love! The bands are still crazy after all these years, thanks to the twisted minds behind Rock & Roll Nightmares. Find out how the ‘27 Club’ really got started, discover why writing lyrics on a Ouija board is a bad idea, and if you think disco is dead you ain’t seen nothing yet. (Sucking in the ’70s Radio, Detroit, MI)
Read more
Previous page
Next page

"Beautiful Graves" by L.J. Shen for $8.99
From USA Today bestselling author L.J. Shen comes a passion- and angst-charged story about a woman caught between a secure relationship and a once-in-a-lifetime spark with her muse. | Learn more

Mal went to the bank of drawers. He touched the handle of the one in the middle. “Welcome to the Gratefully Dead Funeral Home,” he said dramatically. “We leave no rock star uninterred.” He gave the drawer a pull, revealing the occupant.

Barry Birdsong did look pretty good, considering what he’d been through in the last 12 hours. First, he’d slammed into a giant oak tree going an estimated 80 mph, which crushed his ribcage and burst his heart open. Then, even though he was clearly dead, he’d been hauled to the local hospital for the official pronouncement. After that, he was bagged, tagged, and taken to the funeral home for embalming. All in all, not a great day for the would-be teen idol.

Barry’s career was just starting to take off. He’d released two moderately successful albums, made the cover of Tiger Beat (in the small square upper-right corner picture, but still), and his latest single, Why Me? was slowly but surely climbing the charts. The Confederate-flag-waving crooner, whose lyrics all had a conservationist message, had been on his way to a gig on his “Good Old Boy” tour of small Southern towns when tragedy (and the tree) struck.

“So sad,” sighed Millicent. “He was handsome.”

Mal was about to cover the corpse back up when a flash of white light momentarily blinded him. “What the—?”

Get Along Comes Scary in Three Formats

"MTV's Headbangers Ball" meets "Tales from the Crypt"; meaning it's perfect entertainment for anyone who's ever played "Stairway to Heaven" backwards to hear the mumbled phrase "Here's to my sweet Satan." —Matthew Chernov,
Variety

Staci Layne Wilson is a savvy curator of selections that prove both smart and entertaining. The plays on words may draw you in, but it's the creativity level on display that is certain to make you stay. —Rebecca Rowland, Ginger Nuts of Horror

Lee Allen Howard
5.0 out of 5 stars Rip-rollicking fun!
Reviewed in the United States 🇺🇸 on August 26, 2021
Verified Purchase
I love my 60s, 70s, and 80s rock. I figured I'd start with the music of my childhood, and I'm glad I did. The stories are a whole lot of fun. Not only the music, but the characters and settings are nostalgic. And a lot of the stories are not just ghastly but hilarious. If you like your horror mixed with humor with a rocking 60s soundtrack, get "Along Comes Scary."
Read more
2 people found this helpful
Helpful
Report abuse

Anuci
5.0 out of 5 stars Great Fun!
Reviewed in the United States 🇺🇸 on August 29, 2021
Verified Purchase
This one was even better than the 80s edition! These rock & roll horror anthologies are great fun. I cannot wait to read the 70s edition 😊
Read more
One person found this helpful
Helpful
Report abuse
See all reviews

Customer
5.0 out of 5 stars Tour de force
Reviewed in the United Kingdom 🇬🇧 on September 3, 2021
Verified Purchase
Another veritable tour de force from not only one of my favourite wordsmiths (and co.), but a true inspiration to me. Normally I would read any work from start to finish, but with this masterpiece, I found myself nipping back to read one of the treasures within again before moving along to the next gem. Astounding work of art and highly recommended.
Read more
Report abuse
See all reviews