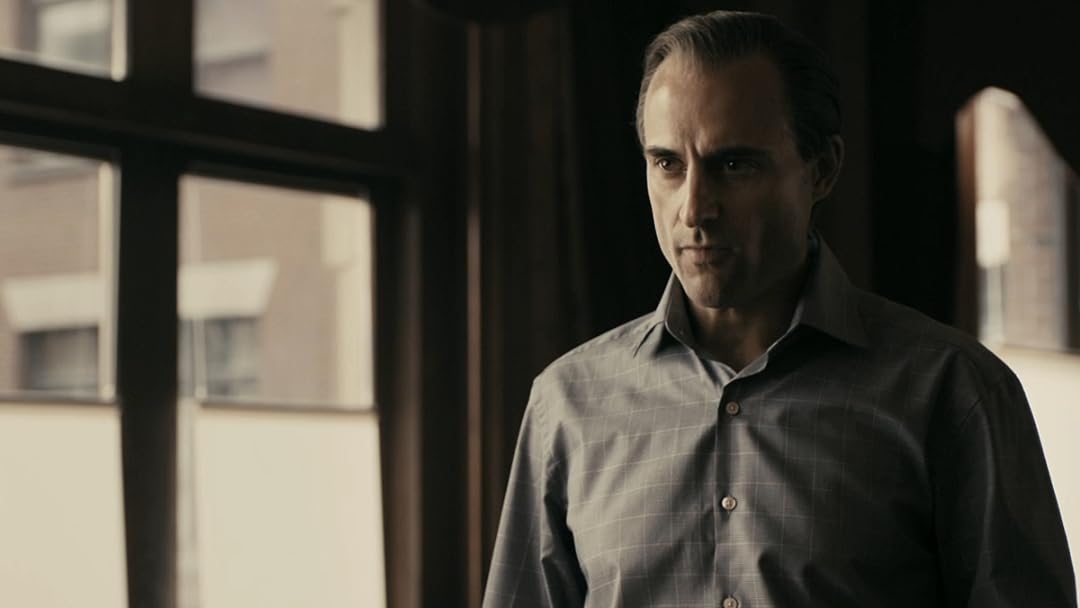 (4,217)
7.31 h 54 min2008X-RayR
London is ground zero for the changing times with big-time mobsters from the East, criminals from the streets, all vying to change the rules of commerce and crime.

NicodemusReviewed in the United States on June 27, 2017
3.0 out of 5 stars
Solidly good! Toby Kebbell stands out in what may be the best Guy Ritchie movie.
Verified purchase
"Rocknrolla" was a solidly good movie and quietly could be Guy Ritchie's best movie. It had a nice subtle sophistication to it, and it lacked the shocking, stomach-turning violence of "Lock Stock & Two Smoking Barrels" and "Snatch." It allowed you to concentrate on the plot developments, acting, and characters, all of which were good.

What was missing from this movie that the first two movies in his gangster-tough guy trilogy had was that brawling confidence. It was sort of missing that creativity and freshness of the first two movies in the realm of graphics and editing. There was something exciting, creative, and adrenaline-pumping about the first two movies, but somehow, this movie slowed down, hit its stride, and was probably better in the fundamentals. Again, it helped a lot that it didn't have any sickening and sociopathic violence in it. That allowed you to kick back and enjoy the show without it making you feel too uneasy. The music was fun and spot-on in many places, although it was a little too prosaic in other places. In an odd way, this movie feels a little bit over the hill and nursing-homey in places, but that doesn't stop this from being an excellent movie. It has the familiar stew of Russian gangsters who are indestructible, Rasputin-style, along with other Guy Ritchie trademarks. I can't decide if I'm tired of these elements, or if it's totally fine and cool to see them again, and perhaps I'm just over analyzing things. In any event, the acting by Tom Hardy and Jeremy Piven is very good, while the standout of the movie must be Toby Kebbell playing Johnny Quid. He gives an awesomely troubled and sensitive performance as the wayward step-son of the lead gangster played by Tom Wilkinson.

All around, this movie was very good, although somewhat lacking the verve of "Lock Stock....." and "Snatch," but far better in other ways. I definitely recommend it, but I'd watch it with the subtitles on if you're American. I give it three to three and a half stars.

Amazon CustomerReviewed in the United States on July 9, 2016
5.0 out of 5 stars
funny. It has Gerard Butler being vulnerable and adorable
Verified purchase
Guy Richie is a genius really and truly. Fast, funny. It has Gerard Butler being vulnerable and adorable. It has the very best sex scene ever in any movie. Thandie Newton is a a goddess. If you liked any other Guy Ritchie movie - except Revolver I have no idea what on earth happened there and I blame Madonna - this is a cool, clever adventure that is worth every minute of your time. Endless cast of fabulous actors. Watched it for the second time with this viewing and it still holds up just like very other Guy Ritchie movie. Did I mention it has Mark Strong? Nuff said.
19 people found this helpful

haggisReviewed in the United States on November 14, 2020
4.0 out of 5 stars
Decent, nearly great (no spoilers)
Verified purchase
No spoilers. Pretty typical Guy Ritchie movie, if you like Guy Ritchie movies then you will like this. Overall a fun and enjoyable movie. I don't expect plots in these types of movies to be airtight, however there is one point in the movie that the entire plot depends on, in which something very unlikely happens, and it is not explained well or justified at all. The worst part is it could have been adequately explained with literally 10-20 seconds of dialogue and it would have made the plot much more cohesive. It is such a glaring omission that I half think it was done on purpose and is meant to imply something? Also I did not love Gerard Butler in this, he did alright but just didn't fit the role as well as someone else might have. Everyone else was spot on. Overall decent movie, worth a watch.

joel wingReviewed in the United States on August 1, 2021
4.0 out of 5 stars
Guy Ritchie does it again
Verified purchase
Guy Ritchie liked large ensemble casts with interrelated stories. He really tried to pull that off with Rocknrolla that included struggling small time crooks Gerard Butler and Idris Elba who owe money to big time criminal Tom Wilkinson who is trying to get in bed with a Russian Karel Roden and has problems with his accountant Thandiew Newton who is involved with Butler and Elba. Each is trying to do their own grift which gets involved with the others. There’s plenty of fun along the way like Russians who won’t die, a psychotic, junkie Rock star, thefts and double crosses, and more. It’s not as ground breaking as Lock, Stock and Two Smoking Barrels or Snatch but it’s better than many of Ritchie’s recent releases which have been very inconsistent.

JoeReviewed in the United States on May 26, 2019
5.0 out of 5 stars
Hidden Gem if you Enjoy Circular Storytelling
Verified purchase
Some very fine performances from Gerard Butler from 300, Tom Wilkinson from Michael Clayton but what really surprised me was outstanding performance by Toby Kebbell. His subtle dialogue and crazy laughter really spells horror and magic at the same time. The story takes you through the world of mafia and spins all dramatic sequences with blood, deceit and loads of humor. The scene where Gerard and his gang escape from the two Russian militants... that scene made me laugh like crazy.
4 people found this helpful

Peter LombardoReviewed in the United States on March 22, 2013
5.0 out of 5 stars
You need to watch this a few times to get all that is going on here
Verified purchase
Right up front I have to tell you I am a British humor fan....Monty Python, Fawlty Towers, Little Britain, League of Gentleman and Absolutely Fabulous DVD's, just to name a few, are constantly playing in my workroom most evenings, so I am always on the look out for more of the same. While "RocknRolla" is not cut from the same tartan clothe as the previously mentioned works, much of the humor in this movie has its roots in that same sometimes dry and and always thought provoking British wit.

This movie is littered with a wild cast of characters who all have their own little story going on within the confinds of the movie.....and the wonderful thing about this movie is seeing how Guy Richie weaves and intertwines the individual stories into a complete story that has all of the parts coming together in the end. This movie has so many levels to the story that the rich texture makes you want to watch over and over because no matter how many times you see it, you always find bits and pieces you missed before.

It, I must tell you, helps if you are familiar with British slang and style to get all of the "inside" jokes, but the real pleasure of this movie are the characters. From the no nonsense connected crime boss Lenny, the suave enforcer Archie, the Wild Bunch......Handsome Bob, Mumbles and One Two, to the beautifully smooth and devious accountant, Stella. and the wiser than his years, drugged up real RocknRolla, Johnny Quid, the story takes you on a ruckus and sometimes disturbing ride through London's underbelly.

This movie is not for everyone..........if you don't enjoy the British style humor and you don't want to view this a few times to see all that is going on stay away, but in my opinion, the music, witty dialog and great cast of characters make this a fun ride through the dark side of England, and more directly, London's mob scene. Just keep an open mind.

Autumn WitchReviewed in the United States on January 19, 2012
5.0 out of 5 stars
What a great film!
Verified purchase
I am not someone who likes to glorify violence or criminals but this film was so much fun. From the beginning to the end this film goes in full throttle with fun and excitement and even laughs. Basically this is a typical British comedy of errors but instead of stuffy old ladies and pish-posh gentlemen it is criminal gangs, mobsters and international terrorists!

To give a bit of a plot description would actually be too cumbersome here but basically the theme and plots revolves around which bad guy is fooling whom. It is multi-layered and complicated at times and you need to pay attention or you will get lost quickly. The ensemble cast is terrific and even the "ugly" people are full of charisma. I also have to say even though they don't get top billing Mark Strong and especially Thandie Newton nearly steal the show. There is a scene where Thandie is dancing and lets just say she has got some "good" moves. It is also one of the most fun scenes in the film.

This film is not going to be on any critics lists of best films BUT it is definitely in my top twenty favourite films of all time.

I wanted to give a quick update on this film. I have recently ordered the Blu-ray version and I was very surprised to see the difference between the two. The DVD had a beautiful picture but this was even better. It was so clear it was almost uncomfortable seeing the detail in people's faces like skin pours and facial hair. Anyway, worth the extra few bob for sure BUT the DVD is just fine. I don't think you lose anything with the DVD you just gain a wee bit with the Blu-ray.
5 people found this helpful

ScottReviewed in the United States on June 25, 2016
5.0 out of 5 stars
CRAZY RUSSIANS. >>> just watch it.
Verified purchase
guy ritchie films seem to follow a certain flow, ROCKNROLLA definitely follows that flow. a fun, witty and gritty movie with plot twists and characters that just blow you away. Johnny Quid is such the antihero, but you root for him in a kinda weird cracked out drug induced hazy way. does that make sense? if you like action, comedy, british wit and fun plot twists, watch it. oh and Thandie Newton is super hot too. oh yeah a full cast of super stars. tom hardy, idris elba, gerard butler, jeremy piven, don cheadle, tom wilkinson just to name a few. OH AND THE CRAZY RUSSIANS. >>> just watch it.
6 people found this helpful
See all reviews
Back to top
Get to Know Us
Make Money with Us
Amazon Payment Products
Let Us Help You
EnglishChoose a language for shopping. United StatesChoose a country/region for shopping.
© 1996-2022, Amazon.com, Inc. or its affiliates