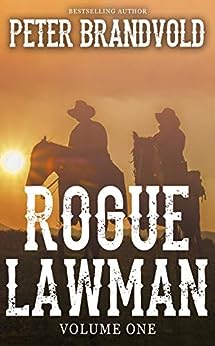 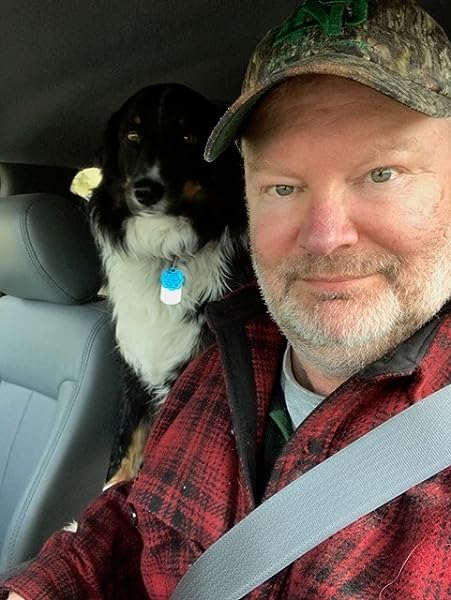 4.4 out of 5 stars
4.4 out of 5
647 global ratings
How are ratings calculated?
To calculate the overall star rating and percentage breakdown by star, we don’t use a simple average. Instead, our system considers things like how recent a review is and if the reviewer bought the item on Amazon. It also analyzes reviews to verify trustworthiness.

Kindle Customer
5.0 out of 5 stars Mr. Brandvold goes above and beyond in this outstanding suspenseful western series of old American folklore adventures. He pulls no punches as the Rogue Lawman begins his retaliation for the death of his wife and son!
Reviewed in the United States on February 28, 2020
Verified Purchase
Hawk uses whatever is available or necessary to bring justice to the western frontier and doesn't have any compassion for those who put themselves above the law. Never a dull moment throughout this compelling series of unending excitement, as the Rogue Lawman begins his retaliation for real, as he uses whatever force is necessary, or equipment is available to accomplish his mission.
I bought this book, not realizing that it was a series of unending excitement, and believe me, when I say it was money well spent! Not only that, I bought the second set of stories also! This outstanding descriptive rendition of how our old American West was probably tamed is one of the most compelling series of western adventures I have had the opportunity to follow! Plenty of gunplay, and a little bit of romancing involved throughout the entire book! Outstanding storylines from beginning to end, and the character selections could not have been any better portrayed, as they continuously fulfilled their assignments with outstanding results.
Definitely recommend this outstanding western masterpiece to everyone, but especially to all you western addicted fanatics especially if you love ongoing gunfighting action. Never a slow down of realistic old western folklore adventures throughout the entire book. Don't miss the exceptionally descriptive rendition of realistic old American western folklore stories!😄
Read more
5 people found this helpful
Helpful
Report abuse

Andy L.
4.0 out of 5 stars Blood, sex, guns, horses, and duster jackets.
Reviewed in the United States on July 1, 2020
Verified Purchase
I am a big fan of the gritty western in any form of media: Red Dead Redemption games, neo-Westerns such as Bone Tomahawk, True Grit (2010), 3:10 to Yuma (2007), HBO's Deadwood, the "man with no name" spaghettis, etc. If it's about the old west, I'm interested. That said, I've never particularly taken to Louis L'Amour's western tales or similar stories that are more romantic and wistful than action-driven and brutal. I had no clue about the Rogue Lawman series or Peter Brandvold until it was suggested to me at quite a discount - $2 for both volumes.

The first story explains the motivations that create and continually haunt Gideon Hawk throughout the entire series, and while it can be difficult to cultivate a lot of sympathy for Hawk as he essentially murders hundreds of people, the author periodically has asides for our anti-hero to delve into his grief, giving the reader at least some semblance of understanding that Gideon Hawk is a murky combination of deranged and uncompromisingly vengeful.

But the reason a reader like myself reads these books isn't so much for searching the soul of Gideon Hawk as it is attending him on his blood vendettas across the wonderfully-described western vistas, issuing frontier justice upon the rapists, murderers, and often wildly vile antagonists that pepper each story. By the time you finish the first volume, you may feel as I do, that Hawk has a more established and interesting relationship with his grulla, Russian revolver, and Henry repeater than with the deceased persons for whom the entire foundation of his cruelty is built upon.

Hawk, who is essentially the literary equivalent of Kurt Russell's portrayal of Wyatt Earp in 1993's Tombstone, is guaranteed to do 3 things in every book:

1. Drop a dry turn of phrase prior to or in the act of blowing someone away (not quite to the extent of John Matrix's one-liners in Commando, but not far, either)

2. Have sex with either one recurring character in particular (who is eerily inspired by the author's sister, per the foreword) or with any number of one-off characters who are blatantly introduced as inevitable bedfellows of our hero

...not that I'm complaining. I enjoyed the Rogue Lawman series, and intend to re-read them again at some point. It's like the gritty, bloody, sexy western equivalent of a Cozy Mystery. Is it as poignant as Arthur Morgan's journey in Red Dead Redemption 2? No. Does the book equate to the cinematic glory of The Good, The Bad, & The Ugly? Not quite. Is Gideon Hawk as fascinating a protagonist as Al Swearengen or Seth Bullock? Nah.

But is the Rogue Outlaw series an entertaining, well-written, colorful saga that brings the reader into the untamed west, riding across the creosote, mormon tea, and cholla-peppered deserts, enjoying a vengeance ride with a bloodthirsty hero? Damn right it is.

So make yourself a cup of coffee and pretend Gid handed it to you from near his campfire, pull up a chair outside, and let your imagination dredge your senses in the Rogue Lawman adventures. If you don't, chances are excellent Gideon Hawk will hunt you down.
Read more
3 people found this helpful
Helpful
Report abuse

Sam B. Wagner
5.0 out of 5 stars Raw, earthy, brutal frontier action with the men and women of the times
Reviewed in the United States on April 8, 2020
Verified Purchase
Nothing sugar coated as this deputy US Marshall dispenses his own form of justice to cutthroats, killers, and evil outlaws on both sides of the border. Seeing his young son hanged and his wife’s subsequent suicide drives him to serve his own brand of justice on those too smart to be caught or too dangerous for other lawmen to tackle. Great characters, tense action, sudden twists with a caveat that some actions go into too much detail. Well worth the time.
Read more
2 people found this helpful
Helpful
Report abuse

Waddie
5.0 out of 5 stars If you like action......
Reviewed in the United States on February 18, 2021
Verified Purchase
This author doesn't mess around with describing scenery or character development. Just the basics, then he gets right to the action. The plots are all similar, though the characters change and the locations vary, but it's action from start to finish. I love this approach. I want lots of action. He's good at describing gunfights and is accurate in how guns work. There's also usually plenty of sex involved with comely young women. No matter how beat up, no matter how wounded and shot up he may be, our hero is always ready for hot sex. This probably isn't a true picture of the old West, but it sure makes for good reading. As pure escapism, I highly recommend this author.
Read more
Helpful
Report abuse

bill
2.0 out of 5 stars Did not finish the series
Reviewed in the United States on November 16, 2020
Verified Purchase
This book had a pretty good story line and many unexpected turns which kept me occupied. Halfway through though, I came to the realization that the language and the sexual aspects were not worth it. A “good” western does not need this. If you want a good western, find another author. There are many of them out there. I will not read anything else by this author( if you choose to use this in reference to Brandvold)
Read more
2 people found this helpful
Helpful
Report abuse

Don Customer
4.0 out of 5 stars Not Bad (but somewhat unbelievable)
Reviewed in the United States on July 5, 2020
Verified Purchase
I chose the 4 rating because the dialogue, characters and locations were well done. I didn't give the books a 5 because of poor proofing and unbelievable situations/action scenes. One example: Spoiler? Hawk is captured, guns taken, grulla run off and he's beaten within an inch of his life, then staked out, naked to die. Three days later he's rescued, healed over several months, and miraculously rides away on his grulla with his personal guns (Henry rifle, silver Russian break-top and Colt) back in his possession.
Read more
Helpful
Report abuse

ET
5.0 out of 5 stars Rogue Lawman, definitely a man to be reckoned with.
Reviewed in the United States on August 31, 2020
Verified Purchase
WOW!!! Talk about action packed, this Volume 1 is jam packed with it. Gideon Hawk is one tough man trying to rid the west of mean criminals from harming innocent people. He will stop at nothing to protect those who can't defend themselves even if it's against the law that he once upheld until one outlaw hanged his son which in turn caused his beautiful wife to hang herself.
Hawk is on the prowl and he is one mean SOB.
Read more
Helpful
Report abuse

JOHN O
5.0 out of 5 stars Gripping stuff
Reviewed in the United Kingdom on May 2, 2020
Verified Purchase
Read all of volume 1 really enjoyed every word looking
Forward too the next lot just the job for this lock down episode even ignored the television and of course my lady wife she has threatened to toss my dinner in the bin quite a few times when I never answered the call your dinner is on the table (2/3 times) good on you sir great book.
Read more
Report abuse

tonedef
3.0 out of 5 stars Rogue Lawman Volume 1
Reviewed in the United Kingdom on June 2, 2020
Verified Purchase
He’s not really a lawman, rogue or otherwise. He’s a bounty hunter. Each confrontation is a repeat of a previous one: he seems to be the only one who can shoot straight. It reminded me of Saturday morning pictures where the hero faces impossible odds only to survive next week.
Read more
Report abuse

Kindle Customer
5.0 out of 5 stars Good
Reviewed in the United Kingdom on February 25, 2020
Verified Purchase
A very good book well worth reading and well written by a good author has plenty of action in it look forward to the next one
Read more
Report abuse

Robert
3.0 out of 5 stars A reasonable read
Reviewed in Australia on June 28, 2020
Verified Purchase
The Rogue Lawman goes on killing. The violence continues.
Read more
Report abuse
See all reviews

Tags that will help you discover similar books. 5 tags
kindle unlimited eligiblegenre fictionprime eligibleunited statesliterature & fiction
Results for:
Page 1 of 1Start overPage 1 of 1
Previous page
Next page
Where do clickable book tags come from?
Book tags are created from a variety of sources, some of which are customer-generated. Amazon is not legally responsible for the accuracy of the tags represented. If you are an author or publisher and would like to remove a tag associated with your title, please contact your vendor manager or publisher support team.
Back to top
Get to Know Us
Make Money with Us
Amazon Payment Products
Let Us Help You
EnglishChoose a language for shopping. United StatesChoose a country/region for shopping.
© 1996-2021, Amazon.com, Inc. or its affiliates