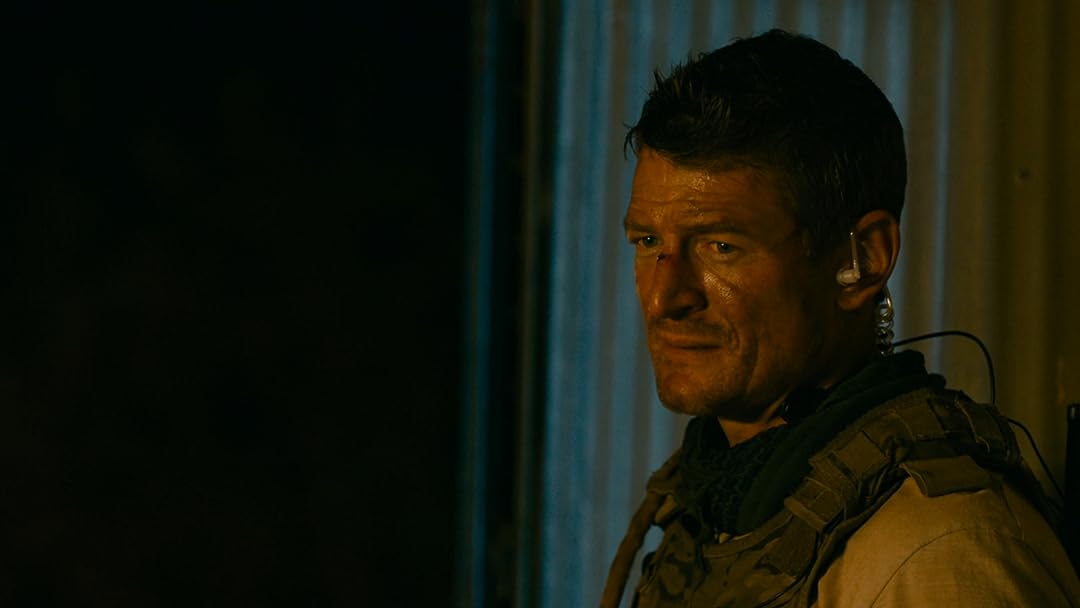 (10,485)
4.11 h 45 min2020X-RayUHDR
Megan Fox (TRANSFORMERS) plays a battle-hardened mercenary in the wilds of Africa whose team must not only survive against a gang of murderous rebels they rescued hostages from, but a pack of bloodthirsty lions they encounter.

Asa B.Reviewed in the United States on August 29, 2020
1.0 out of 5 stars
WASTE OF TIME
Verified purchase
This is the worst movie I’ve seen in a long time. EXTREMELY unrealistic and cringe worthy. This movie was a complete waste of time and money. If I could give it zero stars, I would. It’s so bad that I googled how to leave a review so I could tell others to save their money. They couldn’t even get the CGI to look real. I could have made a better movie with an iPhone and some pocket change. TERRIBLE acting. TERRIBLE editing. TERRIBLE script. TERRIBLE production.
69 people found this helpful

ArdieReviewed in the United States on August 31, 2020
1.0 out of 5 stars
Solid Pass.. Dont waste your time.
Verified purchase
I thought having Megan Fox in the movie, it'd be okay. I was terrible... its about a vengeful lion and African smuggler. The CGI in the movie looks like something from 10 years ago with bad after-effects lighting.
47 people found this helpful

Amazon CustomerReviewed in the United States on August 29, 2020
1.0 out of 5 stars
Just bad
Verified purchase
Worst movie I've seen all year. Acting was poor, one liners were cringe worthy. Not sure why the kidnapped girls had so many unnecessary lines in this movie, all they did was ask stupid questions and complain and let's not talk about how ridiculously fake the lions looked. It can't get worse than this, wish i hadn't wasted my 6 dollars.
36 people found this helpful

M. T.Reviewed in the United States on August 29, 2020
3.0 out of 5 stars
Over the top action with comedy bits
Verified purchase
It's non-stop action with little room for character development. Some of the action is funny, but I couldn't tell if it's on purpose or not. The best parts of the film: Hearing military guys sing Backstreet Boys was pretty funny, and it was satisfying to see a bunch of poachers get blown away. I also enjoyed the scenic African landscapes and the attempted message of the film.

With less action and more dialog and backstory/buildup this could have been a better story. It could have been a Jurassic Park type of film, but it was very violent. It was hard to clearly hear the dialog and follow the characters' personal journeys, and the shaky camera work was distracting.

Megan Fox was great in her role, but she didn't have much to work with. Her character was just 'unemotional military leader.' The script didn't give her character much distinction. Overall, this movie was entertaining because it was so ridiculous, but I probably wouldn't watch it a second time.

Lynn JayReviewed in the United States on September 13, 2020
1.0 out of 5 stars
Not worth watching, ever.
Verified purchase
I wanted to give this movie a chance- I like Megan Fox, but it was awful. Between the fake animated animals (lions and crocodile) and all the forced drama (the girls constantly complaining and screaming and doing the wrong thing) I almost thought this was a spoof movie. I thought about turning it off multiple times, but my curiosity on how it ended got the best of me. Still not worth the watch. It’s like they took a brainstorm of 3-4 different movies and just said “screw it, let’s put it all together and make one movie- see what happens... I’m sure people will like it!”. No, people don’t like it. I wish I didn’t spend my money on renting it.
18 people found this helpful

DENNIS ROYReviewed in the United States on September 1, 2020
1.0 out of 5 stars
Lame, Lame,Lame
Verified purchase
Can I get a refund ?
19 people found this helpful

Mark MyersReviewed in the United States on August 29, 2020
1.0 out of 5 stars
Too Dark
Verified purchase
Most of this movie was filmed in the dark. Could not see what was going on most of the time.
23 people found this helpful

Brent GravelleReviewed in the United States on August 29, 2020
4.0 out of 5 stars
Not bad Entertainment for the afternoon ...
Verified purchase
For a basic action movie to entertain you it was worth the rental... I didn't like her character at first for its ridiculous coldness but once you get past that scene the story is alright. There is the usual stupidity in most action movies where they never grab the weapons and ammo off downed enemies.. And lots of stupid conversation before acting or why soldiers without guns in the wild can't seem to find their knives until the third time they need them or why a lion wouldn't just go under a jeep and get her... But hey it's a fictional movie. Megan Fox needed to go thru some real military trying to appear more real and her character just didn't come across as an experienced operator... With very little character development...better than her previous movies...
13 people found this helpful
See all reviews
Back to top
Get to Know Us
Make Money with Us
Amazon Payment Products
Let Us Help You
EnglishChoose a language for shopping. United StatesChoose a country/region for shopping.
© 1996-2022, Amazon.com, Inc. or its affiliates