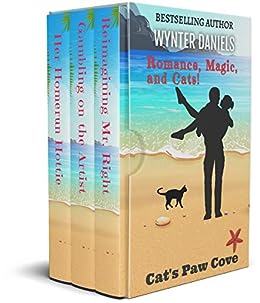 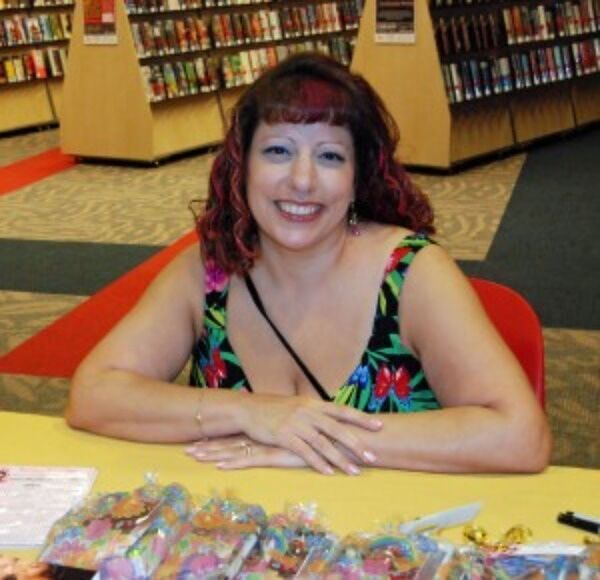 by Wynter Daniels (Author), Catherine Kean (Foreword) Format: Kindle Edition
Book 15 of 24: Cat's Paw Cove
See all formats and editions
Sorry, there was a problem loading this page. Try again.
Three book set! Includes:
HER HOMERUN HOTTIE
Will love throw them a curveball?
Event Planner and earthly Cupid Tori Sutherland enjoys nothing more than playing matchmaker for lonely hearts. Too bad Tori will never find her own happy-ever-after because the only guy she ever loved moved on years ago.
Heath Castillo managed to escape his dysfunctional family for a career in major-league baseball. His only regret was not acting upon his desire for his best friend. When an injury threatens his livelihood, Heath has no choice but to face the ghosts of his past.
When long-buried passions ignite, Heath and Tori consider taking a chance on love. But will the forces that kept them apart in high school destroy their budding romance before it even begins?

GAMBLING ON THE ARTIST
Odds are he’ll break her heart.
Artist Samantha Cartwright arrives in Cat’s Paw Cove for a visit with her great Aunt Emma, hoping to get clarity about Emma’s cryptic prediction. Instead, Sam finds out she must mind her aunt’s metaphysical shop while Emma is away on vacation. The temporary job proves impossible for Sam because unlike Emma, Sam possesses no magical powers. Lucky for her, tall, dark, and handsome help enters the shop just in the nick of time.
Eli Kincaid managed to get on the bad side of a ruthless loan shark. Now his life depends upon his ability to con an innocent woman out of the only thing of value she owns—a precious jewel she inherited. If he can get close to Sam, maybe he can figure out where she’s keeping the gem. What he hadn’t counted on was falling for his mark. Can he escape the web of deception and protect Sam as sinister forces close in on both of them?

REIMAGINING MR. RIGHT
What if Mr. Right was really Mr. Wrong?
Former ugly duckling Sydney McCoy yearns to break into television. And the hottest guy she works with—TV sports personality, Chip Haggerty—could be her ticket to the airwaves. Too bad that she has no clue how to speak Chip’s sports-oriented language.
Up-and-coming real estate agent Levi Barnett is desperate to convince the owner of a hot downtown property to sell so the company Levi works for can redevelop the site. When he literally crashes into a woman he knew in high school who could champion his cause, he’ll do anything to get Sydney’s help. All she wants from him in return is his assistance in communicating with her office crush. No problem! But when Levi starts to fall for the beautiful Sydney, he wonders if he’s making the worst mistake of his life by being her would-be Cyrano de Bergerac.
***All three stories were previously published***

#3 - GAMBLING ON THE ARTIST by Wynter Daniels - ASIN: B07VGKMHN4

Audible Holiday Deal
Join Audible Premium Plus for 60% off. Only $5.95 a month for the first 3 months. Get this deal
Books In This Series (24 Books)
Complete Series
Cat's Paw Cove
Kindle Edition
Page 1 of 1Start OverPage 1 of 1
Previous page
Next page

Bestselling author Wynter Daniels pens paranormal romance in the Cat's Paw Cove series, as well as Kristen Painter's Nocturne Falls Universe. She also writes spicy contemporary romance for Entangled Publishing, and romantic suspense for Carina Press. You can also find many of her titles published independently. She lives in sunny Florida with her family and two very spoiled rescue cats. Find her on the web at www.WynterDaniels.com or on Facebook at https://www.facebook.com/pages/Wynter-Daniels-Romance-Author/112308715446045 and on Twitter as Wynter Daniels

Tammy Payne
5.0 out of 5 stars Three amazing stories in one set ! !
Reviewed in the United States on April 9, 2020
This set includes Her Home Run Hottie, Gambling on The Artist and Reimagining Mr. Right. I have read all of these stories and I am leaving an honest review.

Her Home Run Hottie -
This is a very well written sweet romance story.
Heath and Tori have known each other all their lives, and although he moved away she stayed in their same small town and started her own business.
Best friends are what they have always been. What happens when one wants more, and well they have no idea the other has the same thoughts.
With everything going wrong for Tori can Heath make things right?
I highly suggest this story if you enjoy sweet, honest romance with a touch of mystery.

Gambling on The Artist -
What do you do when your aunt leaves you to watch her store?
Samantha has come back at the request of her aunt to help her out. She has to figure out what to do with an item her father left her in his will. So what happens? Well, what doesn't happen?
Samantha has her work cut out for her when someone wants what she has.
Eli isn't prepared for the female who holds what he needs to keep his sister safe.
Now, what is he going to do?
Another fantastic story in the Cat's Paw Cove world.

Reimagining Mr. Right -
What if who you thought you wanted wasn't really who you wanted at all you just didn't know at the time?
Sydney wants to be on television and she knows how to get there she just needs a bit of help. So when Levi asks for her help with a real estate deal he has to make she jumps at the chance to barter with him.
This story is filled with laughter, love and a bit of crazy as these two find what they never knew they wanted...

Betty Olsen
5.0 out of 5 stars Amazing, funny & romantic 3 book set.
Reviewed in the United States on January 10, 2021
I just love these books in the Cat's Paw Cove series and there are three of them in this set.

HER HOMERUN HOTTIE
Welcome to the Cat's Paw Cove where unuaual humans & cats live. One special human is Tori Sutherland who happens to be an event planner and has special matchmaking skills (a human Cupid). Unfortunately for Tori, her special someone, Heath Castillo, moved away a long time ago and there will never be anyone else for her.
Heath Castillo is a major league baseball player and he's scheduled to come home and be a Guest of Honor at the Cat's Paw Tricentennial Gala which Tori is planning. Well things are looking up for Tori, or are they? Strange things happen in Cat's Paw Cove. Read for yourselves the outcome you'll love it.
I loved this romantic, sexy, hilarious and suspenseful story. Adored Tori & Heath and all the other characters and cats, in this story.

GAMBLING ON THE ARTIST
Samantha Cartwright is an aspiring artist and is returning home to Cat's Paw Cove to mind her Aunt Emma's store - Eye of Newt Metaphysical Shop and her cat Ginger. Aunt Emma had to go away for 10 days and leaves a cryptic note to Samantha - not to sell the special amulet her father left to her, it's the key to her future! She'll explain all when she gets back.
Eli Kincaid is usually a very lucky card player, but not this time. He owes a lot of money to Rodrigo Diaz who makes a deal with Eli. If he gets this special amulet from a Samantha Cartwright who happens to have the amulet, the debt will be repaid. Also Rodrigo holds Eli's wheelchair bound sister as a hostage to get what he wants. Eli thinks this will be easy, but he finds out things don't go easily as planned. A suspenseful and romantic story.

REIMAGINING MR. RIGHT
Sydney McCoy has come home to Cat's Paw Cove to help her Dad with her sick Mom. She's gotten a job at the Cat's Paw Cove Courier where she works with the famous ex-baseball player Chip Haggerty, who is the Sports Reporter and writer. She's infatuated with him but he hardly knows she exists except to rewrite his column for him. If she could only learn how to talk to him, he speaks in a sports lingo, she'd have chance with him.
Levi Barnett has become quite a real estate deal maker for Coastal Properties. He's sent to Cat's Paw Cove to convince two property owners to sell their property to the company for redevelopment, but he's having a hard time convincing them. He runs into Sydney who says she used to tutor him in high school. (She secretly had quite a crush on him but he left for college) He remembers her and had always liked her. She's turned into a gorgeous woman. He tells her why he's in Cat's Paw Cove and finds out she works for the Courier. Maybe she could do an article on his company so the two owners will sell. She asks if he speaks sports lingo since he was a football player (had to leave due to an injury). He does. They make a deal-he teaches her the lingo and she'll write the article.
Now the fun begins and sometimes the things you really want are not what you are asking for. Loved this story which has laughter, drama and joy.
Read more
Helpful
Report abuse

Staci Simmons
5.0 out of 5 stars Amazing box set!!
Reviewed in the United States on January 10, 2021
Three great stories in one box set! I love Cat's Paw Cove, you never know what's going to happen next. You won't be sorry grabbing this set and giving it a read. It's full of romance and more. It will keep you turning pages to see what happens next. I highly recommend all three books. Grab yours today!
Read more
Helpful
Report abuse
See all reviews