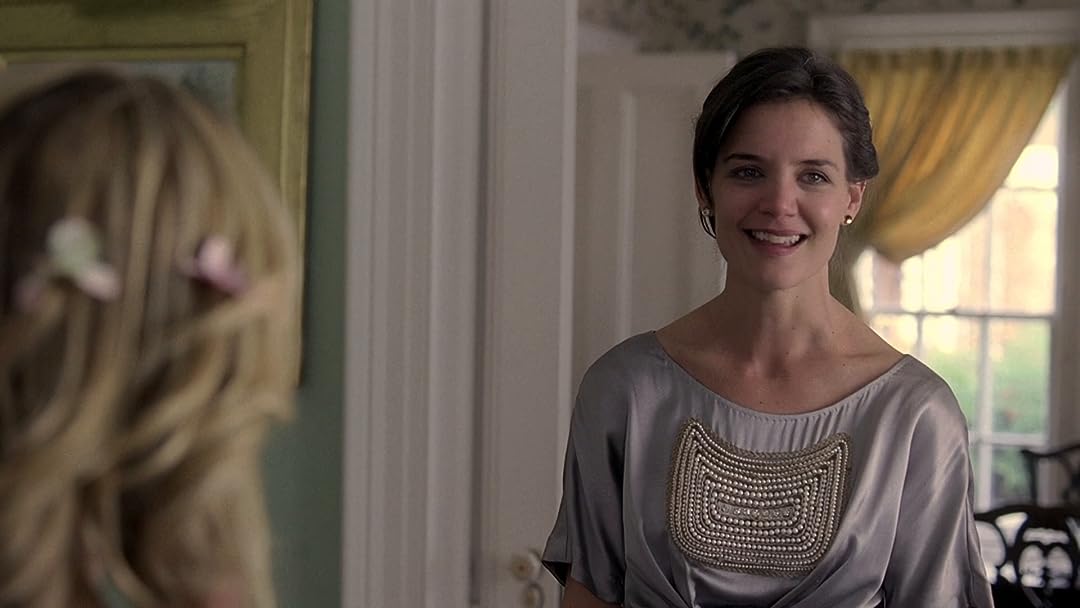 come on fhqwhgadsReviewed in the United States on June 1, 2019
1.0 out of 5 stars
Not Romantic. Not a Comedy. Not Good
Verified purchase
Wow. This was described as a 'Romedy' - which I thought meant 'Romantic Comedy'. But really it means: LAME.
Not funny. Not romantic. It was like watching 8 or so millenial trainwrecks get drunk and/or high while they either mess up thier relationship or try to figure out why they are in thier relationship or try to 'discover' who they are. Man - it was painful to watch. Then it just ends! What? So you are left with 3-4 plot lines just out there with no finish.
Drivel.

MKReviewed in the United States on June 20, 2019
2.0 out of 5 stars
This is some White Nonesense
Verified purchase
yeah.... These are those WASP problems I will never ever understand. This movie was meh at best. The thing that got me was the fact that the production at the end of the movie was terrible. Like... did they get lazy the last 5 minutes and the production team said eff it? These characters were trying to be more intelligent than what they really are. There is nothing worse than a pretentious druggie... oh yeah there is... when it's a group of them. The only reason I'm giving it a two is because Elijah Woods stole the scene every time he was on.
29 people found this helpful

MReviewed in the United States on June 19, 2019
1.0 out of 5 stars
just plain awfully boring and depressing
Verified purchase
keep the time it takes and speed through the end if you must know how it ends for the last few minutes otherwise you did not miss a thing cheating and more cheating not impressed in the least with this one and then they laugh in the end like its a joke I feel sad for the bride and the entire movie cast.
21 people found this helpful

BessReviewed in the United States on October 4, 2020
3.0 out of 5 stars
Had potential. Lost me at the end.
Verified purchase
I initially thought the 3 star average was a little harsh. Then I got to the end and I realized why. Every story needs a resolution. This didn't give us one. Katie Holmes gave a strong performance, and the concept was interesting. Most of the cast was entertaining. One question though: Why did they make Diana Agron behave as though she were 12? Was it supposed to be a role for a 12-year-old? She looks like a full grown woman. Adult women just don't do those things or act that way so that was a weird casting decision. Ultimately, the male lead character is a creep, not a romantic, but as a story of female friendship/competitiveness, this really could have been something intriguing.
5 people found this helpful

JJ WilliamsReviewed in the United States on July 14, 2019
4.0 out of 5 stars
I liked it
Verified purchase
Saw the rating on this and almost didn't watch it. But I did and I was surprised. I liked it. What I liked was the angst between Tom and Laura. They are soul mates but the thought of losing that excitement sends Tom into a relationship with composed, mundane and surprisingly a mean Lila. To the point of marriage. I would have given it 5 stars except it ended abrupt although it left you to think Tom & Laura got back together. And also the other friends story was trying to be The Big Chill and was kinda weak & unresolved. But I did love Tom & Laura's talk that night & what followed. If you love angst, this is a good one. It did leave me guessing til the end.
11 people found this helpful

WildGalReviewed in the United States on May 17, 2020
3.0 out of 5 stars
Movie about clueless people that says nothing
Verified purchase
I don't normally wish to leave reviews but had to for this oddity.
I wouldn't agree with the one star reviews, nor with the five star. Hence the half way house. Here's why:
The film is about people who have absolutely no sense of self, and thus cannot have this thing called self-integrity. There is not an ounce of integrity in the words or actions. It isn't romantic, it's ridiculous. However real life can be like this, people can be this lost and pointless. So its true to life for those whose lives are without any awareness, integrity, honesty, maturity or authenticity. So is it creatively inspired for the film's script, conversational exchanges, emotional displays, infidelity and relationships to be as pointless and without awareness as the characters themselves? Maybe. If the director and author of the tome the film is based on, intended it. If they didn't it's comical that it's all pointless and not even the director or author or scriptwriters had enough awareness to intend the lack of intention the characters evoke. Soooo here's a question. Do you want to spend some time that is unintended and creates the same premise as a cat or dog chasing it's own tail, not knowing the tail is attached to it's own body? Then this film is for you. Or if you know clueless people, point them to it, maybe starring at their own lack of direction in an hour and a half length film will set them straight. Hence three stars, just as undecided and unclear as the film. Lol neither bad, nor good, neither here nor there. What now?

YellowbirdReviewed in the United States on September 30, 2020
1.0 out of 5 stars
Pretty bad
Verified purchase
So how many times is this movie going to be done? We've all seen it, college friends, reunite for an event. All their troubles of the past come out and so on and so on. None of them have really changed, they continue to be who they always were and that is it. Nothing really happens. This wasn't funny, it was romantic and it wasn't good!
6 people found this helpful

seaheatherReviewed in the United States on September 27, 2020
2.0 out of 5 stars
FRUSTRATING; AMBIVALENT
Verified purchase
As other reviewers have commented the ending of this movie fails to resolve the dilemma set forth in the plot: who does Tom end up with? Also -- like other commentators -- I went and found a copy of the book upon which the film is based to find out what happened. The other qualm I had was that Lila, a primary character, is altered from the book to the movie in such a way that the tension between Lila and Laura -- the central character -- alters accordingly. In the book she is vain and self-centered; it is easy not to like her. In my opinion the book version of this story is more satisfying than the film as it clarifies the backstories of the characters overall with more thoroughness and clarity. Acting is good in the film, and the natural beauty of the setting on an island in Maine helps to keep our attention. That and the storm that arises unexpectedly at a crucial moment works well to add drama and suspense. The problem is, the ending doesn't fill in the question of who ends up with who. Or why...
See all reviews
Back to top
Get to Know Us
Make Money with Us
Amazon Payment Products
Let Us Help You
EnglishChoose a language for shopping. United StatesChoose a country/region for shopping.
© 1996-2022, Amazon.com, Inc. or its affiliates