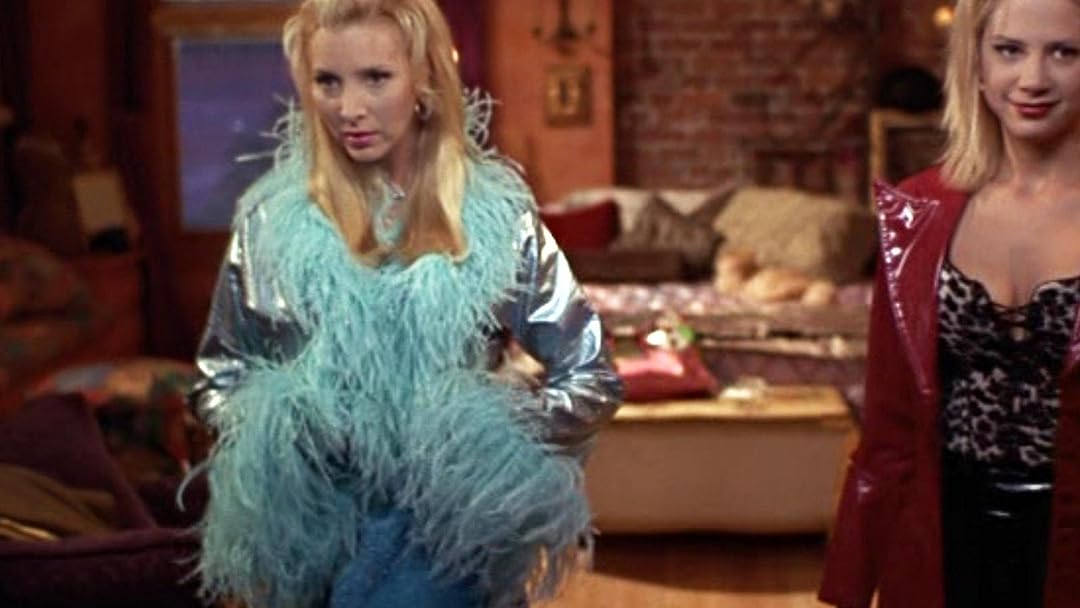 Robert SchafferReviewed in the United States on December 16, 2018
4.0 out of 5 stars
Still funny after all these years!
Verified purchase
I remembered liking this movie years ago when it first came out, but hadn't seen again in all the years since. This Blu-ray release gave me a good excuse to watch it again and I'm very glad that I did.
Romy and Michelle was still a very fun film to watch, even after all these years. Mira Sorvino was just incredible, absolutely inspired, as half of this pair of ditsy airheads with a flair for fashion--and Lisa Kudro and she both had fantastic chemistry together. They were the perfect two actresses to play these very funny, utterly clueless yet thoroughly endearing characters.

The story is simple: Romy and Michelle are two underachieving girls having loads of fun, utterly clueless that their unsuccessful lives are anything but great until, in preparation for their 10 year high school reunion, they fill out a questionnaire about their lives since high school and realize that on paper they look like a pair of losers. It is the first time that they've ever looked at themselves objectively and the first time thoughts of being anything but great has ever so much as crossed their minds.
Embarrassed to have others think of them as losers, the two of them hatch a plot to masquerade at their reunion as successful businesswomen (claiming to have invented Post-its) in order to impress the clique of girls who made fun of them back in their high school days.
Need it be said that once they're at the reunion things don't come off exactly as planned--and that's where some of the fun comes in. I won't say more in deference to those who haven't seen the movie yet.
I have to admit that I really enjoyed watching these two actresses performing together once more after all this time and that I laughed as hard as I do with most comedies made today.
The filmmakers said they had a second Romy and Michelle film ready to go, but the studio said no to a sequel--even though the first film made money at the box office. Touchstone's complete lack of interest, with no explanation offered, came as a shock and was an utter mystery to them.
It's really too bad we weren't treated to more of these two crazily funny and entertaining character's stories--they might have become a very successful franchise. I certainly would have loved to see more of them myself.

Even though I enjoyed the movie and highly recommend it, I must report, though, that the Blu-ray appeared a little soft looking. Although it looks better than the DVD, this disc was not at the sharpness and clarity level I'm used to from Blu-ray. The color was really very good and the audio was an improvement over the DVD, but the lack of crisp sharpness on my 65 inch TV is a real head scratcher. Maybe they overdid it with the grain reduction/noise reduction. Who knows? It's certainly a little below par for a Blu-ray from Disney home video.
But slightly soft picture aside, I'm extremely glad I bought it and if you get a chance to see this fun and funny movie, do take advantage of the opportunity. It certainly has it's share of hilarious moments.
I'm so glad that this Blu-ray gave me a good reason to spend some time with these two very funny and highly enjoyable characters once more. I won't let so many years pass without a visit with Romy and Michelle again.

ClarityOfMindReviewed in the United States on July 19, 2019
5.0 out of 5 stars
Two sexy beautiful blonde women go to their 10th graduation reunion…
Verified purchase
Mira Sorvino and Lisa Kudlow are two totally sexy and beautiful blonde chicks who enjoy living together in Venice Beach California… Get the picture? LOL They are totally happy with their lives and their teen girl worldview inside their beautiful bubble.

THEN, they are notified by a former classmate that there is a 10th anniversary high school reunion for Sagebrush High back in their hometown in Arizona. Basically, the two of them try to enhance themselves with their natural talents... without satisfaction. There are some interesting and strangely funny dream sequences that are totally wild and hysterical!

TOTALLY FUN with GREAT ORIGINAL 1980s TUNES to keep a an upbeat real cheerful mood. I don’t know why most movies have crappy fake music in them except maybe the cost of copyrighted material.

Avishai MicaiahReviewed in the United States on December 4, 2017
5.0 out of 5 stars
Blu-Ray Review
Verified purchase
Obviously, the film itself is as near-perfect as they get, or you wouldn't be here. If you're curious about the Blu-ray release, I'd say it's pretty good. There are a few moments where the sound drops slightly, but there's no glaring artifacting and the visuals are crisper and more detailed than ever before—sometimes in unintentionally hilarious ways. (For example, Janeane Garofalo's wig in the flashback sequences is even more noticeable and outrageous.) The Eighties pop standards sound great and clear, and that iconic dance scene at the end has never looked better. I'd say spring for this, I can't imagine a better transfer is going to happen until Criterion oversees one. ;)
13 people found this helpful

Abby McIlroyReviewed in the United States on September 1, 2020
5.0 out of 5 stars
Light, fun, movie
Verified purchase
I really like this movie. Had not seen it in ages, and it has aged very well. The mean girls, the chance to show your old high school classmates that you've moved on and are successful. Lots of fun dialogue, snappy come-backs, and the ultimate revenge.
4 people found this helpful

Skip TribbyReviewed in the United States on June 22, 2020
1.0 out of 5 stars
Having Women in a Movie Doesn't Make it a Chick Flick
Verified purchase
My wife and I were in the mood for a movie. So, I Googled, "Chick Flicks" as I had no movies in my, "To Watch " list in that category. This was one of the highest rated hits. I did a scan of the reviews and saw nothing that made me question the content nor did I remember anyone I know saying that they had seen it.
Well, I wasn't very long before we realized that renting it was a mistake.
I guess what I think of when I think of chick flicks isn't what today's culture thinks. I hit the stop play within 5 minutes of the start. Chock one up towards not trusting Google for information on movies.
One person found this helpful

ZenGeekDadReviewed in the United States on January 31, 2015
5.0 out of 5 stars
Fun, sweet, and pretty.
Verified purchase
Got a real kick out this when it first came out. Great soundtrack of pop music from the decade that the story spans (80s to 90s). The script is deftly crafted, despite the lightness of the theme, like a great short story, having no wasted elements: everything is central to the story -- which feels mostly like a fun romp, but then turns out to be, very warmly, about about learning to be cool with yourself. I also recall thinking the two leads were easy on the eyes, and the supporting cast is great.

For parents: While there are a few suggestive elements, and a gruff-language character (a fabulous Garofalo), I think it's pretty good family stuff, so long as the kids are at least 13, and the parents are no more than averagely conservative about suggestive themes & language.

UPDATE: It holds up well; I just watched in Blu Ray, enjoying it almost as much in review (15 years later). It has a certain John Hughes feel to it, in a good way.
12 people found this helpful

Bread HeadReviewed in the United States on February 2, 2022
3.0 out of 5 stars
Didn't hold up over time
Verified purchase
I remember watching this decades ago--it was funny, quirky, and heart-warming.
Sadly, these charms have worn thin over time. The pace is sluggish by today's standards. The set-ups and deliveries seem prosaic. The story is still unbelievable but now it feels sad. Years ago it was it's simple implausibility that made it a standout. Today, that implausibility makes it seem dated and stale.

errin spellingReviewed in the United States on March 3, 2022
5.0 out of 5 stars
A bit like dumb and dumber and funny
Verified purchase
it's time for their tenth high school reunion.they walk on a treadmill in high heels and sequins to get ready.there is a lot of good music. there is always an evil girl and they really could have gotten her back. there are so many things they could have done. a lot funnier than i remember when it came out, in the theatre. the best part is the dancing.
See all reviews
Back to top
Get to Know Us
Make Money with Us
Amazon Payment Products
Let Us Help You
EnglishChoose a language for shopping. United StatesChoose a country/region for shopping.
© 1996-2022, Amazon.com, Inc. or its affiliates