You've subscribed to Silver Springs Ranch! We will preorder your items within 24 hours of when they become available. When new books are released, we'll charge your default payment method for the lowest price available during the pre-order period.
Update your device or payment method, cancel individual pre-orders or your subscription at
Your Memberships & Subscriptions
There was an error. We were unable to process your subscription due to an error. Please refresh and try again. 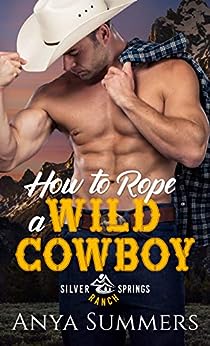 New releases
Explore popular titles in every genre and find something you love. See more
Books In This Series (4 Books)
Complete Series 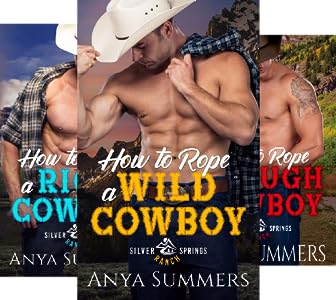 4.5 out of 5 stars
4.5 out of 5
233 global ratings
How are ratings calculated?
To calculate the overall star rating and percentage breakdown by star, we don’t use a simple average. Instead, our system considers things like how recent a review is and if the reviewer bought the item on Amazon. It also analyzes reviews to verify trustworthiness.
Top reviews

Redrabbitt
TOP 1000 REVIEWER
4.0 out of 5 stars YOU ARE MY HOME
Reviewed in the United States on April 15, 2021
Verified Purchase
A wonderful story to this new series and can read well as a stand-alone. The story takes place in the small town of Winter Park, Colorado, which is also the location for Silver Springs Ranch—a working dude ranch for tourists. What starts with men carrying in an injured man to Dr. O’Neal’s practice will come with the revelation that Dr. Joseph O’Neal has passed away and his granddaughter, Dr. Grace O’Neal, has taken over his practice.

Emmett Benson has been trampled by a horse, causing a dislocated shoulder and bruised ribs. Grace, a former ER physician from Denver, is used to all kinds of trauma, relocates the shoulder, bandages the ribs, and starts him on medicine for his long recovery. She will agree to come to check him out at the ranch.

The story will have Emmett and Colt making a silly bet about who can have their way with the good doctor first. Most cowboys at Silver Springs are Doms, and sharing females have just been part of the territory. But, Emmett is taken with Grace and determined that this time, things are different.

The story includes Emmett and Grace becoming intimate almost immediately—and even what could be considered unprofessionally, with him being her patient—and what they do in the office. (I will be honest, I struggled with this part of the story—but I did feel that they redeemed their relationship by the end.)

“This was not the way to begin life in a new town—by having sex with one of her first patients—no matter how much she might enjoy it. Because after that one taste, she already knew without a doubt that he walked on the sensual dark side, and sex with Emmett would be wild, decadently naughty, and passionately dirty.”

“They might be compatible in the bedroom, with a combustible chemistry that was off the charts, but outside it, his overbearing attitude drover her crazy. And therein lay the problem. She wanted him more than she had ever wanted another man. Grace relied on logic, reason, and science. Her attraction to Emmett was none of those things, it defied all logic and reason.”

The story includes a strong, independent female doctor, who has made her way in the world, has an excellent reputation among her collages, and had her life and career planned out. But, she has been hurt by men, has very little time for anything social, and doesn’t even have friends. She is so busy, she can’t even get away to visit her only relative, her grandfather, and now, he is even gone. She must decide what to do—take over the practice, as he wanted, or sell and stay in Denver. The one thing she never expected was Emmett and the feelings she develops for him. Where he has introduced her to dominance and submission and showed her the passion within a D/s relationship. As quickly as she consents to him, that scares her too, yet her body, mind, and soul crave him and his domination.

“Pleasure unlike anything Grace had ever known infused her being. It was the most instinctive thing in the world, like a key had finally been fitted in a lock and the lock opened. Now that the proverbial Pandora’s box was open, she wanted to sample the entire cornucopia.”

Emmett is a man who has held himself back from getting too close to any woman. He has trust issues. He enjoys the power exchange and control within a dominant-submissive relationship, but it has always been playing, never serious. The feelings with Grace are unlike anything he has ever felt for another woman, and it scares him—the way he craves and needs her.

“It was like she was the woman, the submissive, he had been waiting for his entire life, and the moment they met, it was as if his soul recognized her as his and declared her mine.”

Like in all good stories, something will happen, and feelings will be hurt. Grace will feel cheap and used and start questioning her life, her plans, and her future. When a call comes from Denver with an offer for a lucrative position, it may be just what she needs. Maybe staying in Winter Park isn’t her future—but will the townsfolk change her mind at the Life Celebration of Dr. Joseph O’Neal?

“Sometimes, it’s not the family we’re given but the one we create that matters.”

Wolfe4ever
3.0 out of 5 stars Yes and no
Reviewed in the United States on May 5, 2021
Verified Purchase
Why is the author putting this all back on the female lead, like the male lead should just get to say I'm sorry and it should be forgotten when he violated the most sacred tenant supposedly in this lifestyle - honesty. Just because he caught deeper feelings does not make it all right to treat relations with anyone so flippantly as to make them an OBJECT, less than a person of feelings with their own insecurities.

If they lie about the little things they will lie about the big things too. I don't like that bad behavior is excused simply because he's a dom and didn't intend to hurt her, when it's clear sex was just a game and he didn't take her feelings or her worth into account at all -- he was only thinking about himself. This insinuates someone less dominant shouldn't make a "big deal" about being lied to in the sort of relationship in which trust is crucial -- submissives are punished for the slightest dishonesty or prevarication but he's supposed to just get away with something on this scale is ridiculous.
Read more
Helpful
Report abuse

RatherBeReading
3.0 out of 5 stars A quick alpha sexy read.
Reviewed in the United States on April 28, 2021
Verified Purchase
Dr. Grace O'Neal is back in Silver Springs to take over her grandpa's medical practice, with her own emotional baggage, guilt, and unfulfilled sexual fantasies. Enter Emmett Benson. He's your typical alpha, cantankerous- at the best of times- Dominant cowboy, and has his own emotional baggage he never dealt with. They meet when he's badly hurt and in need of medical attention. Even though you get the hot, kinky, insta-lust rush, I feel she stepped over the ethical line in this story. Also I don't believe that they could do all the sexual gymnastics described with his injury. Just sayin'.......
Read more
Helpful
Report abuse

Auburn1234
5.0 out of 5 stars New Series, Great Book!!!
Reviewed in the United States on August 27, 2020
Verified Purchase
Ms. Summers has f one it again with this Hot story about the new doctor in town and a cowboy Dom. Absolutely loved ghis story and can hardly wait for another!
Read more
2 people found this helpful
Helpful
Report abuse

J Cross
5.0 out of 5 stars Great read
Reviewed in the United States on November 3, 2020
Verified Purchase
You cant beat the beginning and the end of this book. You dont think the outcome will happen. It's a great read from beginning to end.
Read more
2 people found this helpful
Helpful
Report abuse

annemarie
3.0 out of 5 stars Just ok
Reviewed in the United States on January 21, 2021
Verified Purchase
I have read a lot of her books and liked them but this book was just ok. There were no surprises here. I didn't like that Emmett kind of forced Grace into agreeing with him. When she said no, he kept pushing her until she agreed.That's not what a real Dom would do.
Read more
Helpful
Report abuse

Alyssa Church
1.0 out of 5 stars Best part about this book is the cover.
Reviewed in the United States on May 14, 2021
Verified Purchase
I was in the mood for a sexy, smutty, racy read… the writing in this book was awful and I couldn’t enjoy even the fun bits. It felt like the author was just trying to fit the sex screams in wherever she could without thinking about how it would flow into the story.
I would not recommend.
Read more
Helpful
Report abuse

Kindle Customer
5.0 out of 5 stars Emmett & Grace
Reviewed in the United States on June 10, 2021
Verified Purchase
Was a great story, I loved it. Had everything, a cowboy, Dr should have and more. Could have had a little more romance but Emmett made up for it. Hope the next book in this series is just as or better
Read more
Helpful
Report abuse
See all reviews