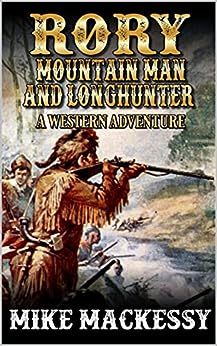 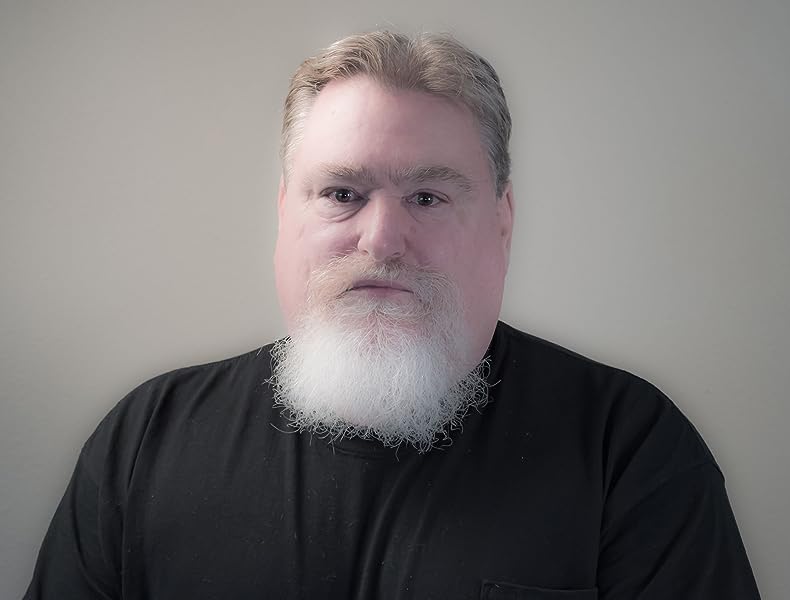 by Mike Mackessy (Author) Format: Kindle Edition
Book 1 of 5: The First Of The Mountain Men Western Series
See all formats and editions
Sorry, there was a problem loading this page. Try again.

In 1780s Ireland, sixteen-year-old Rory is the second son to a stable owner.  Rory breaks an unforgivable law; he kills an English officer.  The officer rides one of the family horses to death.  In a rage, Rory beats the officer to death.  Rory is rushed from Ireland across the sea to France, where he joins the Irish Brigade of the French Army.

Rory, after fifteen years of fighting for France, is judged unfit for duty.  Having earned the nickname the Lead Mine, a doctor reckons Rory has reached his pinnacle in the French Army.  Rory sails for the New World.  In a twist of events, he meets John Colter.

Rory avoids the local Indians.  During a fall during a buffalo hunt, he is attacked by the buffalo wolves.  Hearing the shots and fearing trouble, a family of River Crow rescue Rory.  Nature runs her course; Rory falls in love with the oldest daughter.  Not understanding Crow traditions, Rory gifts her father and older brother horses.  In the Crow tradition, he’s paid the bride price for her sister as well.  A gift of horses earns Rory a second wife.  It’s time to learn Crow customs and language.

With two Crow wives. Rory twice comes to the aid of lost American women.  They join the family as wife three and four.  Follow this extended family as they carve a home in the wilds of the Great Stoney Mountains.  Along the way, Rory fights Blackfoot, grizzly bears, cougars, outlaw trappers, and of course hunts his share of buffalo.

This is a story of a flawed man trying to find peace in turbulent times.  Along the way he finds love, four times.  With an expanding brood, Rory strives to learn life’s lesson.  He is helped along the way by both friends and enemies.

He lives by hunting and trapping in the Rocky Mountains, a Longhunter and one of the first of the Mountain Men. Grab your copy today!

Audible Holiday Deal
Join Audible Premium Plus for 60% off. Only $5.95 a month for the first 3 months. Get this deal
Books In This Series (5 Books)
Complete Series
The First Of The Mountain Men Western Series
Kindle Edition
Page 1 of 1Start OverPage 1 of 1
Previous page
Next page

I live in rural Oregon with my wife, Gwen. I began working in the construction field as a hod- carrier in 1975, then a bricklayer in 1977. I retired as a Master Special Inspector in 2013. At the University of Idaho, I studied construction, architecture, and creative writing. My hobbies include hand-forging knives in a coal forge and archery. Favorite themes to write about are Western History, the Mountain Man to Cowboy Days, and Military History.

My new publisher is "Dusty Saddle". All of my books are being re-released with new covers but the stories are the same.

My newest book is a new story about Mountain Men. The time is 1806 directly after the return of Lewis and Clark. The Hero, Rory is a Longhunter, The title used before the term Mountain Man becomes popular. He lands in the middle of every situation the Great Stonies can launch at him, fighting animals, nature, and sometimes himself. After a simple mistake with a Indian family he finds himself the head of an ever increasing family. I know you will enjoy a new take on the Mountain Man adventure.

If you missed any of my books the first time around, well you can get them now and let me know how you liked the stories.

"Eternal" is my first attempt at a military-adventure/history-Time Travel novel has just been released by Dusty Saddles. It's not a Western but give it a try and let me know how you like it.

All the books will be available as paperback and ebooks. Thanks for your continued interest.

4.4 out of 5 stars
4.4 out of 5
590 global ratings
How are ratings calculated?
To calculate the overall star rating and percentage breakdown by star, we don’t use a simple average. Instead, our system considers things like how recent a review is and if the reviewer bought the item on Amazon. It also analyzes reviews to verify trustworthiness.
Top reviews

Kindle Customer
5.0 out of 5 stars Rory is definitely a man worthy to ride the River with, as he seeks justice with whatever force is necessary to bring peace to those in need! He does well above and beyond whatever force is necessary to quell the unjust responsible for their wrongful misdeeds!
Reviewed in the United States on September 19, 2021
Verified Purchase
Certainly five stars worthy, as Mr. Mackessy goes above and beyond in his successful descriptiveness of each and every exciting new threatening encounters Rory, and his crew, meet in their continuing journeys! These outstanding events are realistically renditions of how I often perceived our old American western folklore adventurers finally overcame those responsible for their wrongful misdeeds! No slow downs throughout the entire series of unending gunfighting excursions and the compassionate camaraderie of those trying to right the wrongs of those who have plagued their area with their ongoing wrongful misdeeds!
This heartwarming Author's outstanding descriptive storylines successfully portrays how the survival of the fittest overwhelmingly defies the bad guys devilment! Too, the character selections were effectively selected for their chosen roles, whether it was the good guys or the bad guys being represented! No slow downs throughout this compelling western extravaganza, and the excitement only intensifies with each new encounter!
Most definitely recommend this compassionately motivated western storytelling masterpiece to all readers, but especially to you western folklore addicted fanatics! Believe me, you will enjoy Rory his wives, children and his associates, as they pull no punches in their quest to protect what is rightfully theirs! Yes! Even you non-western enthusiasts will also be completely entertained immediately and will find yourselves unable to put this outstanding descriptive rendition of old American western folklore extravaganza aside until the final paragraph has been read!!!😃
Read more
One person found this helpful
Helpful
Report abuse

Leroy A. Peters
5.0 out of 5 stars Just Finished reading it!!
Reviewed in the United States on June 7, 2021
Verified Purchase
This book was different from other fur trade novels that I have read, but it was definitely worth the read. It was definitely worth a 5-star review. What I like most about it, was that the good guys always won and the bad guys got their comeuppance!!
Read more
2 people found this helpful
Helpful
Report abuse

M
5.0 out of 5 stars An Irish man's legacy
Reviewed in the United States on October 30, 2021
Verified Purchase
This is the first book by Mr. Mackessy. I enjoyed his story telling style. It made you feel you were right there with each adventure, gun fight, rescue of kidnapped women or bear fight. This would make a good "made for TV movie.I can 't wait to read more and finish the series!
Read more
Helpful
Report abuse

John E Davidson
4.0 out of 5 stars Rory,mountain man and long hunter book 1
Reviewed in the United States on October 2, 2021
Verified Purchase
The author has did an outstanding job in the book I recommend this book and series to come to all advid readers the book is jam packed with action and adventure read it, you will want to read the next book, in the series, outstanding book.
Read more
Helpful
Report abuse

Stanley D. Harris
5.0 out of 5 stars Very good
Reviewed in the United States on November 20, 2021
Verified Purchase
I enjoyed the book it was very well written no foul words It's a great story from start to finish I don't think it's finished yet though I would Highly recommend it to anyone Interested in the time.
Read more
Helpful
Report abuse

Mike Bradford
5.0 out of 5 stars Great Book
Reviewed in the United States on June 28, 2021
Verified Purchase
Love the story and the trials that the man and family go through
The writer leaves you hurting to turn the page to see what happens next. Hope that there will be more in the series
Read more
Helpful
Report abuse

CWplus
5.0 out of 5 stars Surprisingly fascinating
Reviewed in the United States on August 7, 2021
Verified Purchase
When I started this book I thought it read like the journal of a poorly educated man. Even though that opinion never changed, I found myself enthralled and very pleased!
Read more
Helpful
Report abuse

Kindle Customer
5.0 out of 5 stars Good luck
Reviewed in the United States on October 27, 2021
Verified Purchase
Read all of the books in order to really enjoy. Storyline continues to grow and develop. Characters are realistic and get better and better.
Read more
Helpful
Report abuse
See all reviews

John Glen
5.0 out of 5 stars Mountain Man & Longhunter.
Reviewed in Australia on September 3, 2021
Verified Purchase
Mike tells the story of an Irish who got into trouble and had to leave home and joined the French troops. He left there and went out west into the Mountains where he learn to hunt & trade with the Indians . He found his first Indian wife and had to give the Chief horses so he could marry but he thought that he would give the brothers a horse too he found out that they gave him permission to wed their younger sister. They lived together and found two other women who he married. It is a very good yarn and a second book is following.Mike done his homework on this one.
Read more
Report abuse

The Window Guy
4.0 out of 5 stars Proof reading is non existent.
Reviewed in Canada on October 31, 2021
Verified Purchase
Seems like the story jumps to other topics every now and again. Bunch of people in last chapter just came from where ? East or west of fort?
Read more
Report abuse
See all reviews