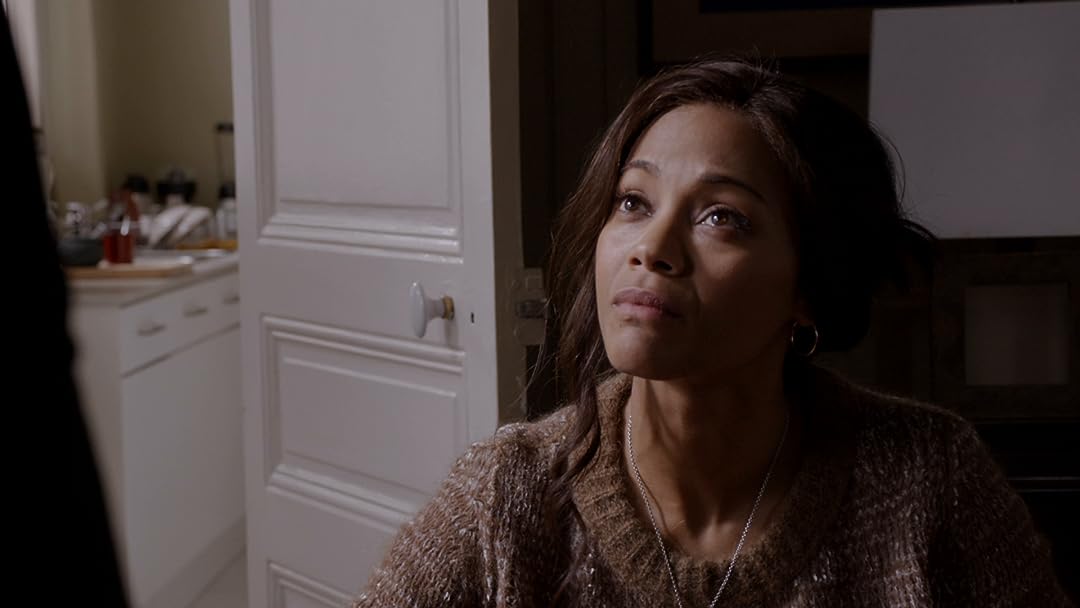 Season 1
(13)
2014TV-14
Based on the best-selling novel by Ira Levin, "Rosemary's Baby" centers on a young married couple who move to Paris in hopes of leaving their past behind. After a series of unfortunate events, Rosemary and Guy Woodhouse are presented with an offer they can't refuse - an apartment at the most prestigious address in the city. They soon realize it comes with a haunted past and an immeasurable price.

JayReviewed in the United States on October 13, 2021
1.0 out of 5 stars
The ONLY similarity is the TITLE - a completely unsophisticated & laughable Slasher Lifetime Movie
Honestly, the nerve ... this movie was SO "Dummied Down" it stripped any sense of mystery, intrigue and creepy right out of it. It was like a Lifetime Slasher Flick with Victoria Secret Models floating around dotted with Slasher moments of gore completely unnecessary and many, made me laugh!

They added SO many absurd elements it blurred the storyline and also made it totally Unbelievable compared to the Original. It really should be more aptly titled The Seduction of Rosemary but that would be a stretch for there were no subtle moments here. They even added a Black Cat (but a few times I thought I had tuned into "Charm" or a Witch Flick). I waited for the Kitty to do something weird but he apparently was just a Prop.

Clearly there is NO substitute for the brilliant Ruth Gordon Character who played the Original Kooky and super Nosey Neighbor Minnie always whipping up her famous "Mouse" (with the chalky aftertaste from Tannis Root). Such a pivotal character to the overall Plot and I guess they thought giving THIS version of Minnie supernatural Powers with a touch of "seductress" would make up for Ruth's absence? NOT.

The other character clearly missing was The Dakota building itself - a perfect location backdrop that added EVERYTHING to the Original Film. A well known New York City landmark Building, it had its own creepy History known to Locals. At the time of filming, The Dakota was NOT a "celebrity" Bldg but actually in a very run down part of NYC. It was not until the 80's did that Neighborhood start to clean up (I know because I lived there). Due to its age and history, having an aged couple like the Castevets living there gave those Characters a believability that the slick Apartment "Celeb" Chimere in Paris lacked. They seemed as old and creepy as the Building itself, inseparable with the negative history, and this was an important element to the storyline this version missed.

Yet another miss was with the former young, homeless Tenant the Castevets "took in". She committed Suicide but this version added in a Husband full of Revenge and also compelled Rosemary to become Nancy Drew from an Instagram Photo.
This is where INFERENCE is a powerful aspect and form of Story Telling. Not everything HAS to be "spelled out" or should be. In the Original, the young Woman's presence was more of a "clue". In fact, where they completely LEFT OUT many of the Clues and over added or "filled in" other story elements was why the entire Film lacked any Suspense or lead up. Flat and over decorated.

BTW* That revengeful Husband has his own absurd moment later in the Film with what HAS to be THE most ridiculous & laughable Scene in the Movie (almost)! It turned into a Triple Whammy Super Fast Stabbing/Shooting/Mugging Wait! What Just Happened Moment that cut right into a gory, Surgery gone wrong moment - that was a big WHY did they even shoot that Scene let alone add it in? The laughable part was the Dialogue that arrived with the Chief of Police with all sorts of information and conclusions or resolves of the Revenge Filled Husband Storyline. They just didn't seem to know what to do with his Storyline but should have realized THEN that he could and SHOULD have been left out altogether. Hilariously Annoying.

I could go on & on outlining the more laughable moments of dialogue but the real Topper is how poorly they handled the Rape Scene - they weren't even close on that one or perhaps the Writers didn't really understand the Book or Original Version?
Talk about FLAT. ugh. BUT the worst part of that very important Scene was they started you off with some super Laughs! When Rosemary begins to "dream" or hallucinate from the spoonfuls of liquid "Fertility Syrup" (that read like a Cough Syrup Ad) instead of something creepy, what appears are these little "Fairies" with goofy Hats floating about in the mist or clouds?. But I swear you could see the strings of the Little People Actors hanging off and honestly, its HILARIOUS. They truly looked like Garden Gnomes my Grandmother had all over her gardens in the 1950's. Not to be missed.

So the remainder of the Film continued along in the similar vein. What was to be the Fruition of that Rape Scene was so far from the Original it is absurd to even be called Rosemary's Baby. Instead of "horror" and the release of our own Tension that should have been building, we find a pretty, blue eyed Baby in Bonnet cooing in a Pratesi Layette surrounded by your every day Aunties and Uncles. Nothing too weird there. And they end it all with Rosemary happily strolling along the River Seine with the usual money shot of the Notre Dame Cathedral in the background. The End.

If you've gotten this far reading my Opinion, please read a bit more? Please FORGET what you have just wasted your time watching and if you haven't seen it yet, watch the REAL ROSEMARY'S BABY. The CLASSIC. The ORIGINAL. I trust you won't be disappointed and see why this "version" missed the Mark.
One person found this helpful

lawrence chanReviewed in the United States on January 13, 2022
5.0 out of 5 stars
Superb, updated remake of the 1968 classic
This is one of the rare cinematic "makeovers" that really succeeds and delightfully surprises the viewer.

While the script of the 1968 (Mia Farrow - Ruth Gordon) version holds fast to the details outlined in the Ira Levin novel, this version is absolutely faithful in retaining the essence of the original storyline presented from a remarkably original and fresh perspective that is both believable and elegantly articulated.

The entire cast is a delight, and the direction is well paced.
There are certain elements from the original "Omen" series incorporated into the script, but these sporadic visual and plot devices work seamlessly without being gratuitous or annoying.

Amazon CustomerReviewed in the United States on September 26, 2021
1.0 out of 5 stars
The Worst
That was the most unimpressive remake of a pretty scary movie (for the time). It took out all the really creepy bits and turned it into a fallen souffle of nonsense.
2 people found this helpful

MelissaReviewed in the United States on December 7, 2021
4.0 out of 5 stars
ENGAGING, but no chills
. . . not haunting like a story about witches, demons etc., should be. It felt more like a political thriller feat. conspiracies, rather than enchanted lives. Since the acting, graphics and storyline had an engaging pace, it was still a good watch, just w/o the chills expected from the genre.

gwm0722Reviewed in the United States on September 6, 2021
3.0 out of 5 stars
it was just ok
i still like the original - it followed the book better and really was scarier especially at the end - mia farrow shows horror like no other
2 people found this helpful

BeloReviewed in the United States on August 28, 2021
5.0 out of 5 stars
Excellent
This was an excellent remake. Zoe Saldana and the rest of the cast are amazing in this movie!
One person found this helpful

NettaReviewed in the United States on January 16, 2022
4.0 out of 5 stars
Enjoyed this version
I am a huge fan of the original...this version was decent. I found it a little scarier and there was more context behind some of the events that happened. Guy also seemed like he felt some remorse...unlike the original where he seemed to be a total coward with no feelings at all about sacrificing his wife. The haircut in this one seemed unnecessary, it did not make sense for the book to be found where it was, and I didn't get the weird man crawling around...but I enjoyed the story overall.
See all reviews
Back to top
Get to Know Us
Make Money with Us
Amazon Payment Products
Let Us Help You
EnglishChoose a language for shopping. United StatesChoose a country/region for shopping.
© 1996-2022, Amazon.com, Inc. or its affiliates