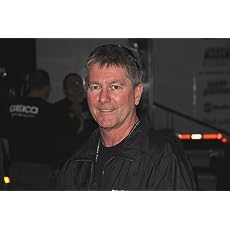 I love to write! Well, duh. I guess after eleven books, that's a bit obvious. Throw in my own weekly e-newsletter that's going on 6-years-old, contributing to a variety of other publications, and most recently, writing for Road & Track magazine, it's a good thing I enjoy writing every day.

I could tell you all about how, at the age of five, I declared that I would be a professional race driver when I grew up, but that would mean that I grew up - and I don't feel like I have! See, I've spent my life doing what I love: driving race cars, coaching drivers, talking about driving, writing about performance in sports and business, coaching executives and business owners, learning, and writing about them all.

Behind the wheel, after years of racing sprints cars, Formula Ford, Formula Atlantic, and Trans-Am, I finally realized my dream of racing Indy cars. And then, after a few years of struggling with underfunded and "under-competitive" Indy cars, I got the opportunity to drive prototype and GT sports cars in IMSA, Grand-Am and ALMS - winning the 1998 U.S. Road Racing Championship and the 2003 Daytona 24-Hour race.

When I was ten years old, my best friend's older brother gave me a stack of Road & Track magazines, dating from about 1963-67. They changed my life. I really learned to read with these magazines, and the stories about Grand Prix racing, Le Mans, the Ford GT-40, Lotus, Jim Clark and the latest exotic cars kept me awake late at night. But the writers, like Rob Walker, Henry Manney, Dennis Simanaitis, Peter Egan...and more recently, Jack Baruth and Sam Smith, inspired me to learn to write. Imagine how I now feel contributing on a regular basis to R&T, and sharing the pages with Smith and Egan!

I'm a "learning junkie." I've focused my addiction on sports psychology, educational kinesiology, neuroscience, human learning strategies and coaching for performance. As a coach, my drivers have won at practically every level and in every form of motorsport: road racing, oval racing, motorcycles, drifting, and even drag racing, in North America and around the world. I also do a lot of speaking engagements and seminars at car club events, working with both individuals and entire groups, drivers and instructors. Check out http://speedsecrets.com.

Performance is performance. It doesn't matter if it's on the race track or in the boardroom. I've had a blast successfully applying the same performance-based approaches to the business world (coaching executives, managers, sales people, teams, etc.) that I do with drivers. Interestingly, some of my business coaching clients don't know a thing about my motorsport background - and it doesn't matter since my focus is on helping them improve performance in the workplace.

Oh, I've recently begun learning to fly helicopters. Having co-authored a book on flying (Performance Pilot), flown serious flight simulators, and "played around" with airplanes, it's time to put my learning addiction to the test.

While I live in the Pacific Northwest, my coaching and speaking engagements ensures that I travel a lot - something that I have a love-hate relationship with. Hmmm...maybe some day I'll share my travel stories...

That's it. I gotta go do some writing.
Read more 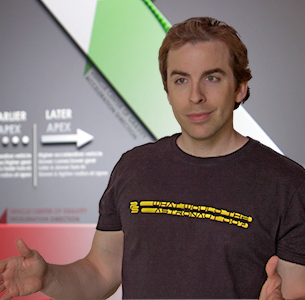 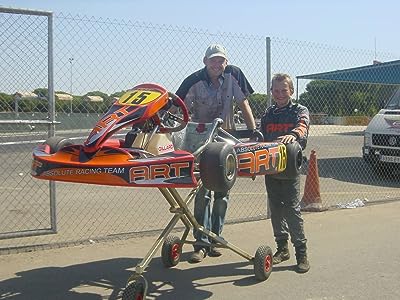 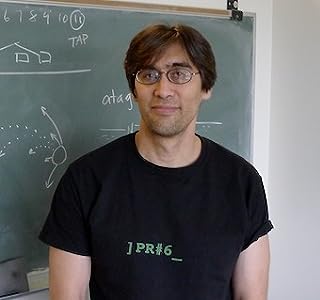 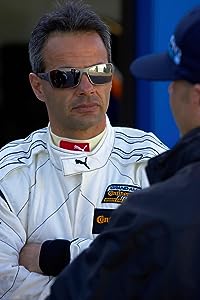 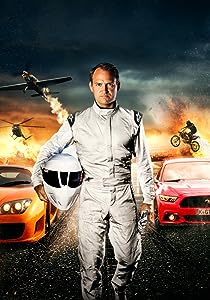 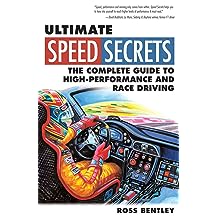 Ultimate Speed Secrets Aug 28, 2011
by Ross Bentley
( 263 )
$12.99
Ultimate Speed Secrets is the drivers’ guide to going faster! Professional race instructor Ross Bentley has raced everything from Indy cars to world sports cars and has the experience to make any racer a more complete driver. With detailed drills and comprehensive instructions, Bentley covers everything you need to know: choosing lines; adapting to different cars, tracks, and racing conditions; setting up controls; and understanding car adjustments and mental preparation. Whether you are racing an Indy car or simply interested in becoming a more complete driver on the street, Ultimate Speed Secrets will give you the information you need to succeed!
Read more
Other Formats: Hardcover , Paperback , Flexibound 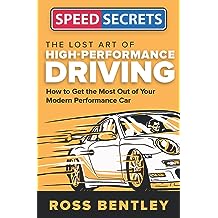 In Speed Secrets: The Lost Art of High-Performance Driving, Ross Bentley explains in plain language how you can train yourself to become a true performance driver.

With the promise of autonomous vehicles in our near future, and current cars equipped with "driver aides," it's not hard to feel like the art (and science) of performance driving has been all but lost. Don't lose hope! For every device designed to take the act of driving out of your hands, the desire to actively participate in driving a car becomes even stronger for driving enthusiasts.

In Speed Secrets: The Lost Art of High-Performance Driving, you will learn exactly how to become an even better performance-oriented driver; whether it's to enjoy a twisty mountain highway, to take that secret back-road route to work, or even participate in a track day on a racing circuit.

From how to best use your car's controls, to cornering, to dealing with adverse driving conditions, The Lost Art of High-Performance Driving will make you a better performance driver. Along the way, you'll learn what ABS, traction and stability control, self-braking systems, and semi-automatic transmissions do, and how best to incorporate them into your driving.

This is the true guide to speed, and it will help you understand your car more intimately than ever. Most importantly, it will fuel your passion for driving! 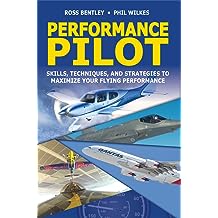 How will Performance Pilot help me?

Performance Pilot will help you...

What are pilots saying about Performance Pilot?

Gives pilots the best and most efficient techniques on improving their aircraft handling.
Anthony Crichton-Browne
A320 Captain & aerobatic pilot

I used the ideas in Performance Pilot to great effect. There is no doubting that there was definitely an improvement in my performance.
Ben Jobson
B787 First Officer

As a current instructor of F18 fighter pilots, this is certainly a book I will recommend to all my students.
Marq Saunders
Fighter Combat Instructor

This is a book that should be part of every pilot's bookcase.
Australian PILOT magazine

A must read.
People of the Sky 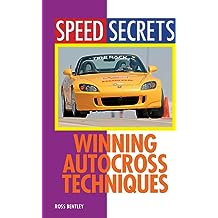 Winning Autocross Techniques (Speed Secrets) Jan 10, 2009
by Ross Bentley , Per Schroeder
( 50 )
$9.99
With its solo set-up, more subdued speeds, and endlessly varying events and courses, autocross is the easiest, safest, and least expensive way to get into motorsports. Anyone with a helmet and a car can do it.Of course, it doesn’t hurt to have some driving skills, which is where this book comes in. As a veteran racer and professional driving coach, Ross Bentley knows what it takes to compete and to win, and he gives readers the benefit of that knowledge in Speed Secrets 7: Autocross Driving Fundamentals. The first in the Speed Secrets series to address a specific form of racing, this volume focuses on the skills critical to autocross success: car handling and driver skill at high speeds on unique courses. Though slower than other motorsports in absolute terms, autocross, with its high number of turns per minute, can challenge even the most expert driver. Adapting his time-proven method of teaching drivers how to go fast, Bentley clearly details the steps and techniques that help autocross drivers maintain control and dominate a course at speed. Though specific to autocross, and essential to mastering its particular challenges, his advice and instruction in this book will prove invaluable to drivers who go on to road racing as well.
Read more
Other Formats: Paperback 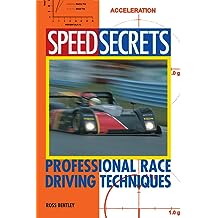 Speed Secrets Aug 13, 1998
by Ross Bentley
( 129 )
$9.99
Shave lap times or find a faster line through your favorite set of S-curves with professional race driver Ross Bentley as he shows you the quickest line from apex to apex! With tips and commentary from current race drivers, Bentley covers the vital techniques of speed, from visualizing lines to interpreting tire temps to put you in front of the pack. Includes discussion of practice techniques, chassis set-up, and working with your pit chief.
Read more
Other Formats: Paperback 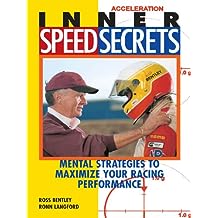 Inner Speed Secrets Sep 22, 2000
by Ross Bentley , Ronn Langford
( 36 )
$9.99
Maximize your driving ability with tips from the experts! Based on performance seminars conducted by the authors for race car drivers, this informative guide helps you consistently perform at your highest level. Chapters discuss: The Driver - The Ultimate Management System; Inner Race Driving; Skills and Techniques; and Strategies.
Read more
Other Formats: Paperback 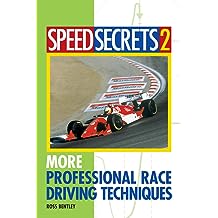 Speed Secrets II Apr 28, 2003
by Ross Bentley
( 33 )
$9.99
Discover the secrets that will make you a faster and more successful racecar driver with this up-to-date insight into the latest techniques in racing. Professional driver and driving coach Ross Bentley, reveals what it takes to be fast and win races at the highest levels. Chock full of diagrams and concise "speed secrets," Bentley has created an all-new approach to learning and perfecting the ideal line around the racetrack. He teaches you how to turn errors into more speed, left-foot braking techniques, as well as three sure-fire ways to lower your best lap time. Ross Bentley, who is the author of Speed Secrets, Inner Speed Secrets, and Bob Bondurant on Race Kart Driving, was a driver for the winning SRPII team at the Rolex 24 Hour race at Daytona. Ross is a member of Team Seattle, which also took home second place in SRPII. The two Team Seattle cars finished 7th and 8th overall in a field of 44 cars.
Read more
Other Formats: Paperback 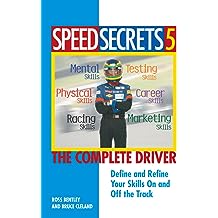 Speed Secrets 5 Jan 5, 2006
by Ross Bentley
( 4 )
$9.99
To succeed in any form of racing, a driver must be more than fast. In today’s ultra-competitive motorsports scene, where there’s competition for financial support as well as for checkered flags, a racer must have a full complement of on-and off-track skills. To become a champion, a driver must augment his or her racing, testing, and physical skills with traits and skills such as mental toughness, marketing savvy, and career-building abilities. Speed Secrets 5: The Complete Driver is the first handbook for the aspiring professional or ambitious amateur racer. It provides insights that will help aspiring racers reach their full potential in their quest to become well-rounded racers.
Read more
Other Formats: Paperback 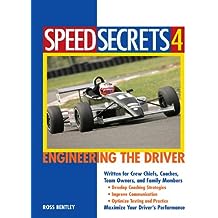 Speed Secrets 4 Feb 18, 2005
by Ross Bentley
( 5 )
$9.99
Ross Bentley. Race teams have discovered great benefits can be derived from "tuning" their driver to perform at his/her full potential. Thus, this book is for everyone who works with a driver: engineers, crew chiefs, team owners, mechanics, and the driver's parents. This unique book instructs the driver's support team how to prepare and communicate with the driver so the driver delivers the best performance in races, practice sessions, and off-track team functions. Written by veteran racer and driving coach Ross Bentley, this book helps the driver's support team devise effective approaches to "tuning" their driver. It will help them identify techniques that do and don't work with their specific driver. The result should be better communication and a driver who is "tuned" for success.
Read more
Other Formats: Paperback 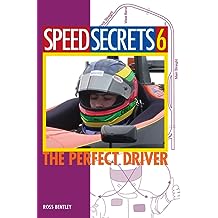 Speed Secrets 6: The Perfect Driver Jan 15, 2007
by Ross Bentley
( 5 )
$9.99
With racing, as with almost any pursuit, being the best entails having a clear idea of what the best is--having a mental model that instructs and motivates and inspires. That's where Speed Secrets 6 comes in. Drawing on his extensive experience as a competitive driver and coach, author Ross Bentley helps the aspiring professional and the ambitious amateur develop the mental model that is essential for successful racing. His book reviews the techniques needed to drive fast, win races, and build a career as a professional race driver--and then, more importantly, schools readers in the process of turning this clear mental picture into racing perfection.
Read more
Other Formats: Paperback