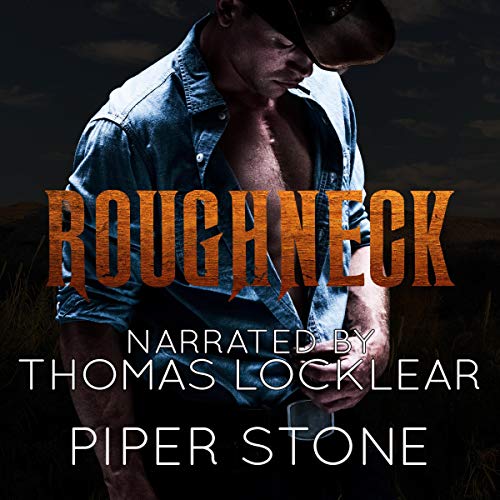 4.3 out of 5 stars
4.3 out of 5
129 global ratings
How are ratings calculated?
To calculate the overall star rating and percentage breakdown by star, we don’t use a simple average. Instead, our system considers things like how recent a review is and if the reviewer bought the item on Amazon. It also analyzes reviews to verify trustworthiness.
Top reviews

Richard and Diana Chicago
5.0 out of 5 stars What not having a father will do to girl
Reviewed in the United States on February 12, 2020
Verified Purchase
This story of a girl not having a loving father in her childhood perfectly illustrates what can happen to the girl and how it affects her choices in life. Summer was a survivor and rose above the circumstances she was raised in. She met Jack, an alpha marine who filled the void left in her soul from her childhood. Father, protector, and lover, he was perfect for her. She could have had a bad ending, prostitution, drugs, or worse. Although I don't personally like spankings or men who dominate instead of being partners, this was a great story and made me grateful for the great men in my life.
Read more
2 people found this helpful
Helpful
Report abuse

Lisa Esposito
5.0 out of 5 stars Excellent read
Reviewed in the United States on August 17, 2021
Verified Purchase
Thrilling and engaging. Steam comes right off the pages from the first chapter and I couldn't get enough. Main characters are flawed but fit together. Summer needs a tad more maturity for Jack but otherwise, interesting story.
Read more
Helpful
Report abuse

Kindle Customer
5.0 out of 5 stars Hottttttt!
Reviewed in the United States on February 28, 2020
Verified Purchase
I had to buy this even with the weekly updates through Stormy Night - just too hot! Couldn't wait and felt the author should be recompensed for their work. Nice!
Read more
Helpful
Report abuse

Book Addicted
4.0 out of 5 stars Well Written Erotic DD/lg Story; DNF Due to Heroine I Loathed
Reviewed in the United States on May 13, 2019
This is yet another well written (technically at least) novel I was not able to finish due to a heroine (Summer) I absolutely LOATHED.
I understand this is a fantasy romance but it strained credulity that of ALL places for a person who is prone to childish temper tantrums, out of control emotions, to yelling profanities at fellow workers (for no other reason then to -sound- tough), an oil platform in the ocean seems FRAUGHT with DEADLY potential consequences. SERIOUSLY! And this is where the reader finds (& hears) Summer off the bat. Screaming/yelling profanities at her fellow welders is beyond unprofessional & ludicrist. And again, I understand she's got 'issues' & she's a 'little' & 'bratting', but to reiterate: on an oil platform? REALLY?!
I applaud the author for taking erotic romance readers to a new environment but I truly believe all Summer's proclivities, actions & mouthing off could have been handled differently. For me, Summer most definitely DID NOT come across as tough or can do: she came across as an incredibly out of control & unnecessarily aggressive heroine who was causing dangerous & UNNECESSARY distractions, frustration & anger among people doing a hard & dangerous job far from any type of support or assistance. Not to mention she lied & fudged about her experience: I am still not sure if she took -some- classes in welding or got all her welding info from UTube videos (hmmmm . . . . ).
So all this behavior (or lack thereof), forces Jack Stone (H) to 'handle' Little Miss Trouble in his quarters & over his knee, where she'll end up numerous times the reader suspects. He's Alpha, ex-military, hard, tough & no nonsense (the type of Hero I love) & he's drawn to Summer physically & her need to be disciplined & controlled.
And then, after an intense punishment & erotic session with Jack, she immediately does something in the Mess that just exacerbates division, distraction & unrest among the crew. That's where I stopped.
So, maybe Summer grows up, or calms down with Jack's guidance & discipline, but I'll never know.
Again the author's writing was excellent technically (hence the 4 stars) but the actions of Summer on a oil platform as well as her truly reprehensible, out of control & LOATHESOME (again, to ME) character shot this one down for me. However, I suspect most readers will love this one.

I received a free copy of this book via Booksprout and am voluntarily leaving a review.
Read more
6 people found this helpful
Helpful
Report abuse

Doug Williamson
3.0 out of 5 stars Caught in the middle
Reviewed in the United States on July 16, 2019
Our heroine is hiding out from her evil step-father on an oil rig. Unfortunately, the term "low key" isn't in her vocabulary and she is soon drawing lots of attention from the other workers.

That is not, however, a set up for a menage. One man takes her under his control with D/S, spankings and some daddy dom action in an attempt to keep her from causing dissent among the workers. He is at least partially successful.

I am not sure what to make of this story. The writing is good and the setting is unusual, with lots of men that could support this kind of story in a number of different ways. There is a nefarious plot by the step-father, but it is too nebulous. We don't get enough details soon enough to give us any sense of danger. Instead, we get an unlikable heroine who is acting like a spoiled brat and disrupting the work at the facility with her antics. There are lots of steamy scenes, but they are not enough to make up for the overall frustration with narrative.

The result is a story that I had to struggle to read. If your interest is strictly on the daddy dom theme in an unusual setting, this story will be good for you. But if you want even a little realism and a likable heroine, you might want to find a different read.

I received a free copy of this book via Booksprout for review purposes.
Read more
3 people found this helpful
Helpful
Report abuse
See all reviews
Back to top
Get to Know Us
Make Money with Us
Amazon Payment Products
Let Us Help You
EnglishChoose a language for shopping. United StatesChoose a country/region for shopping.
© 1996-2021, Amazon.com, Inc. or its affiliates