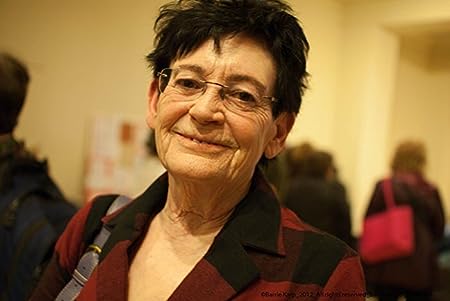 Roxanne Dunbar-Ortiz grew up in rural Oklahoma. She has been active in the international Indigenous movement for more than four decades and is known for her lifelong commitment to national and international social justice issues. After receiving her PhD in history at the University of California at Los Angeles, she taught in the newly established Native American Studies Program at California State University, Hayward, and helped found the Departments of Ethnic Studies and Women's Studies. Her 1977 book The Great Sioux Nation was the fundamental document at the first international conference on Indigenous peoples of the Americas, held at the United Nations' headquarters in Geneva. Dunbar-Ortiz is the author or editor of several books, including An Indigenous Peoples' History of the United States. She lives in San Francisco. 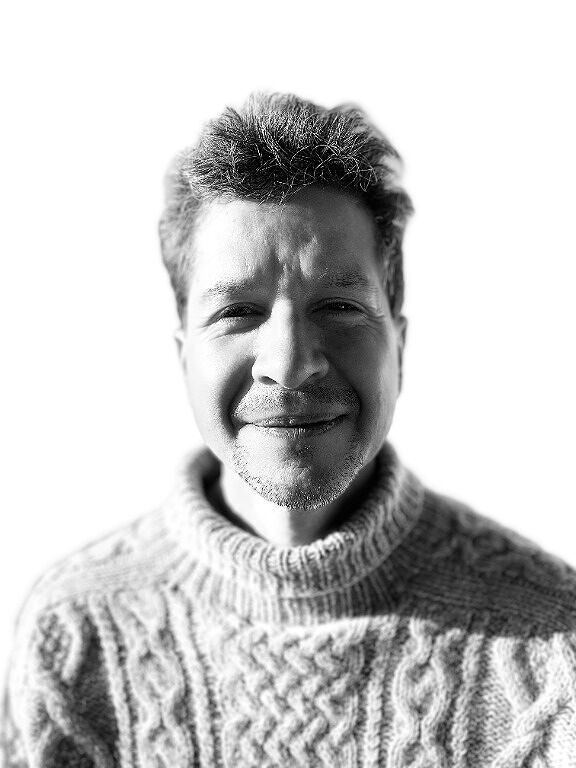 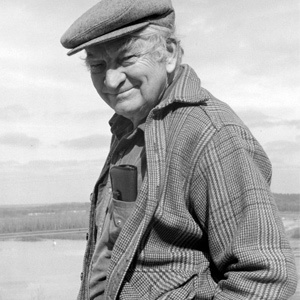 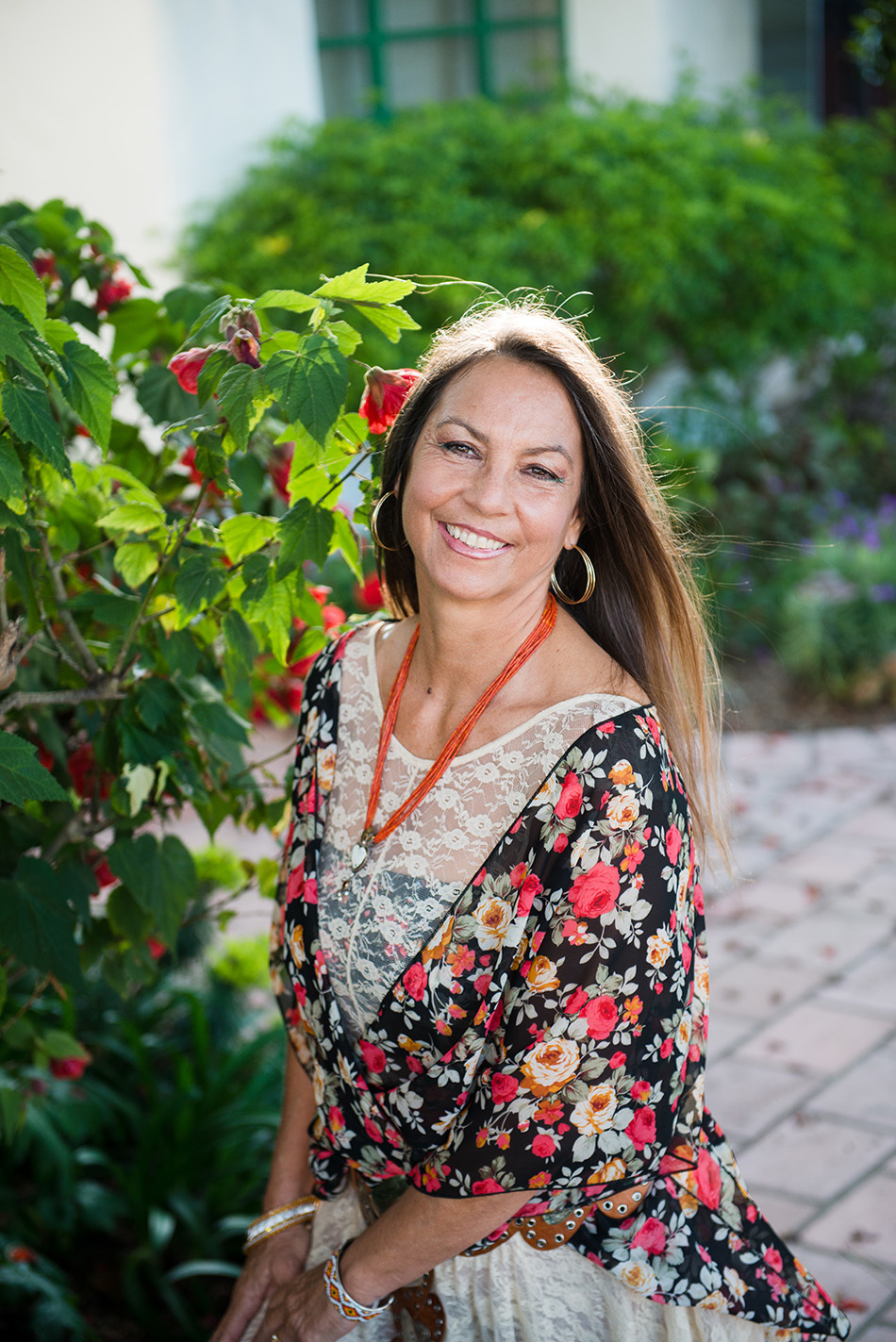 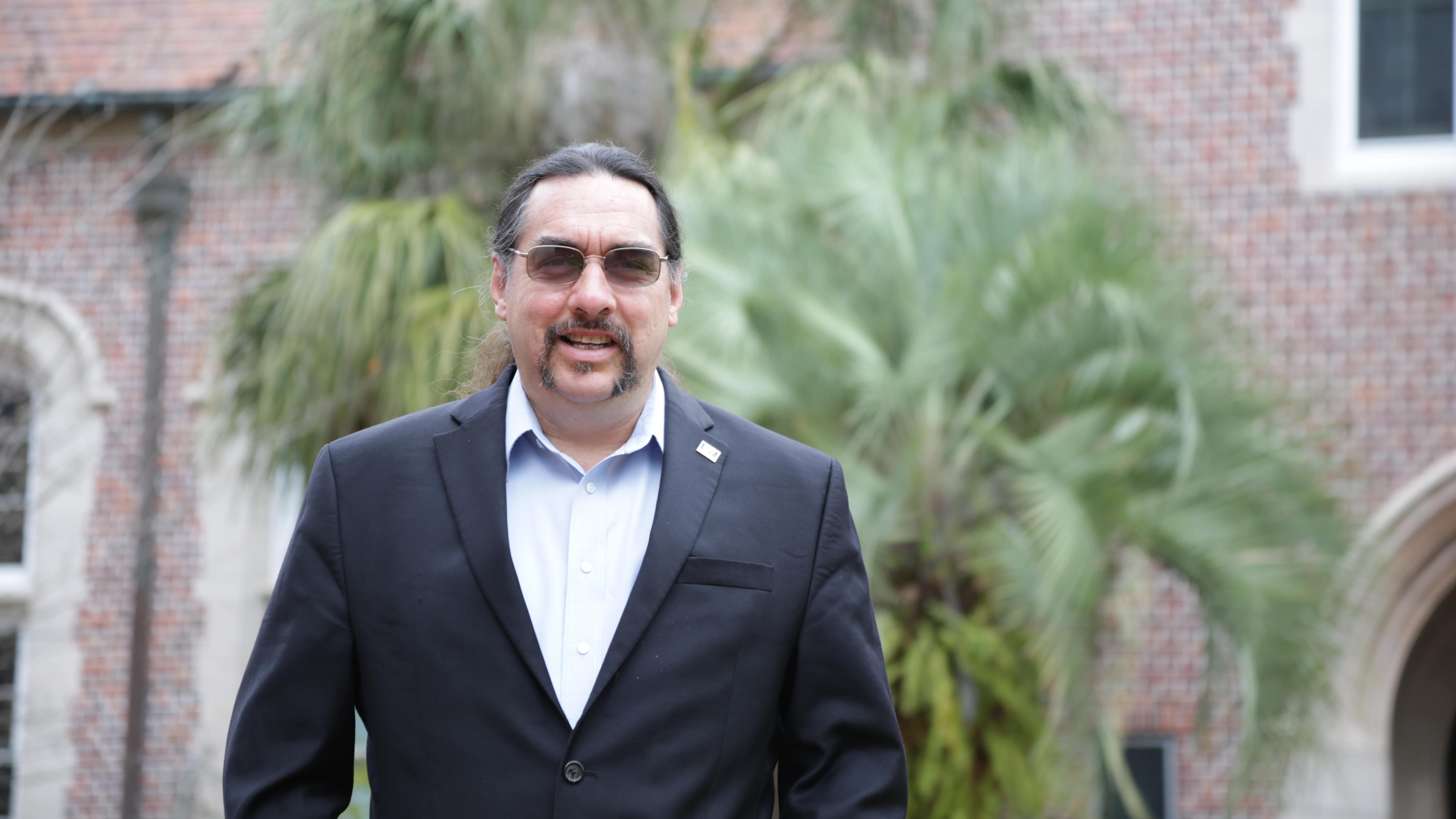 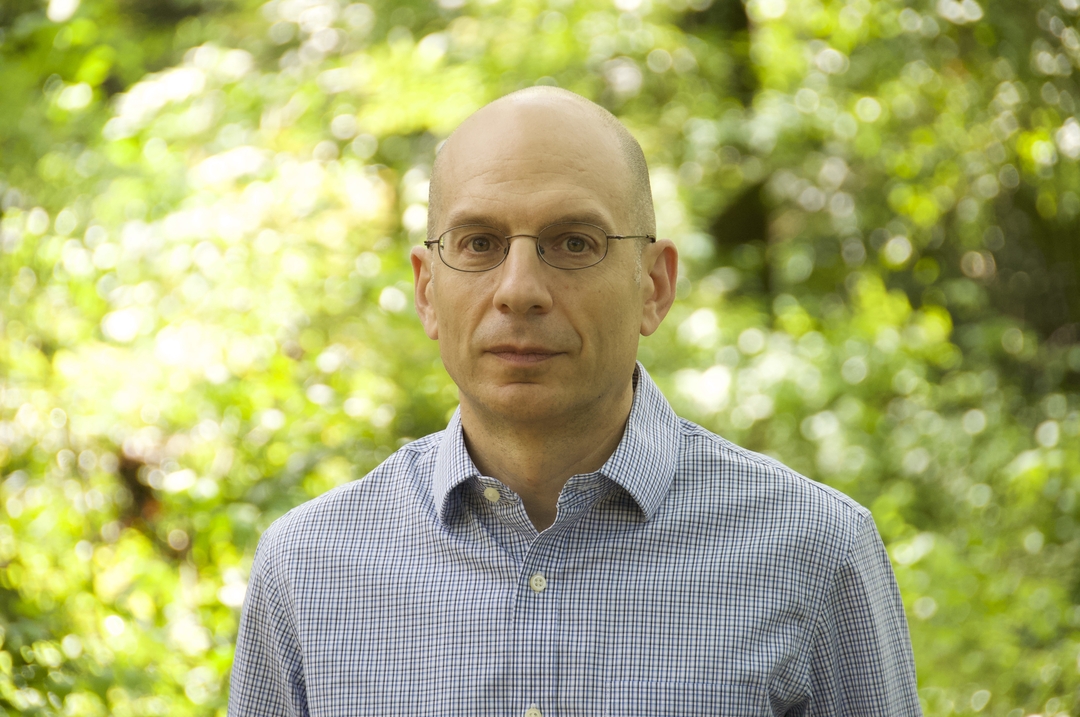 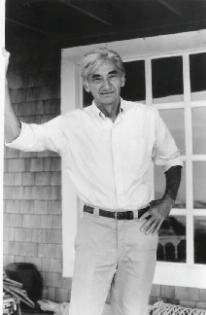 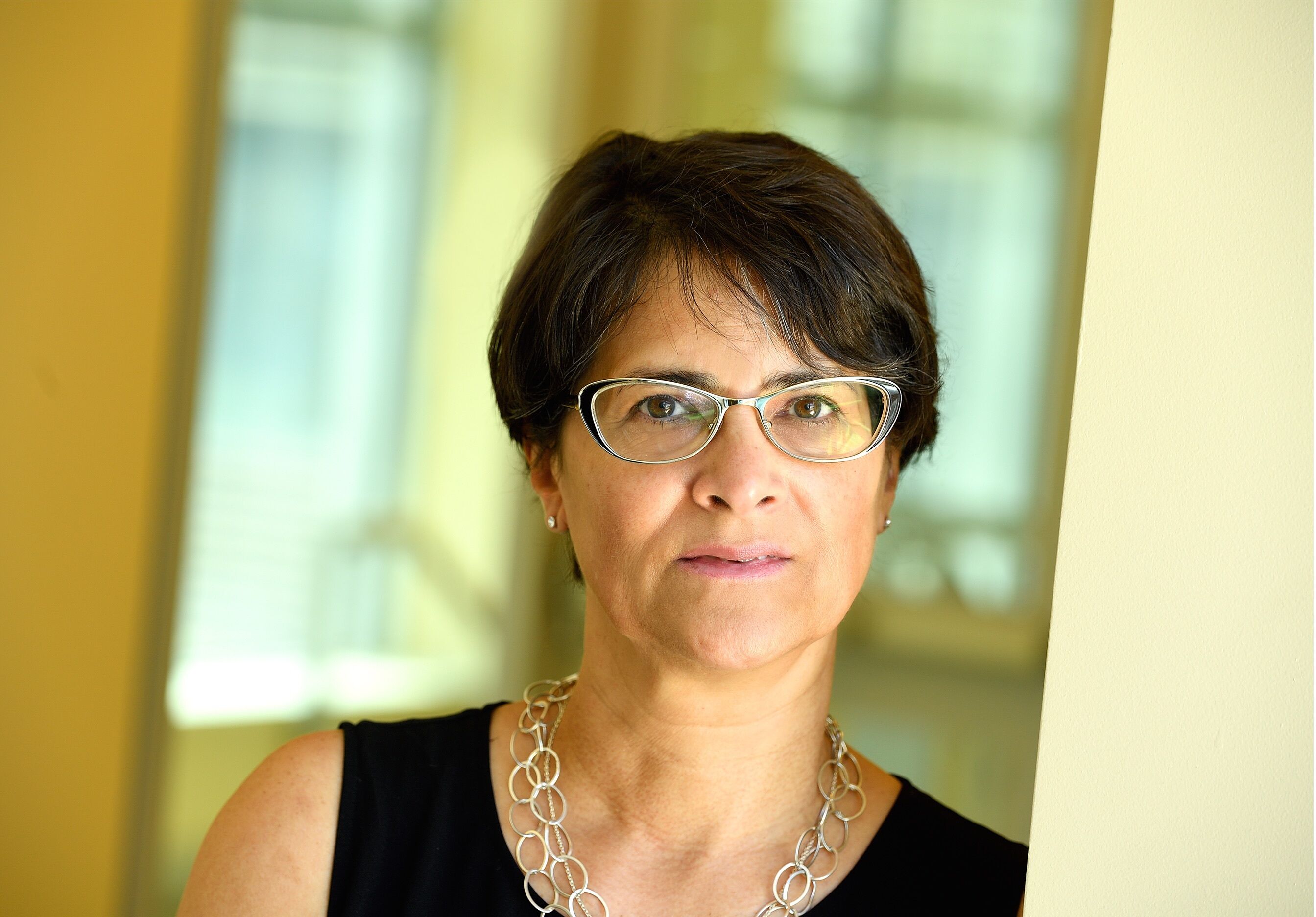 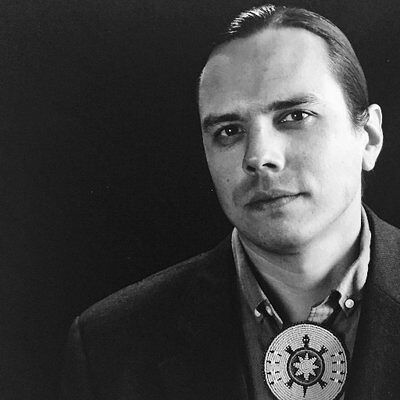 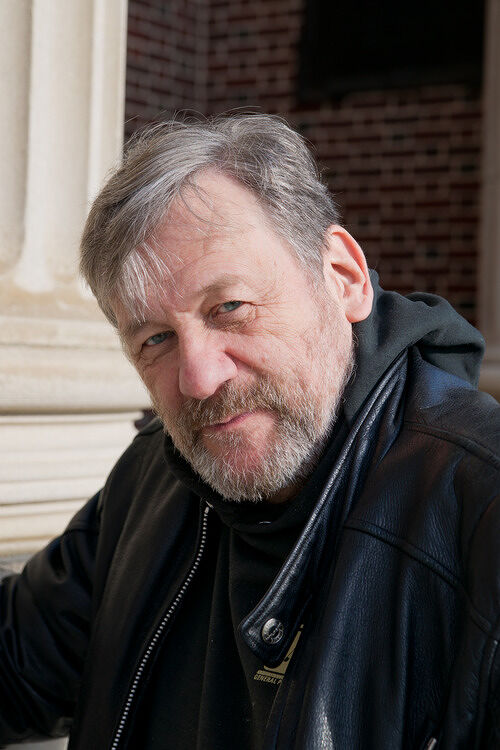 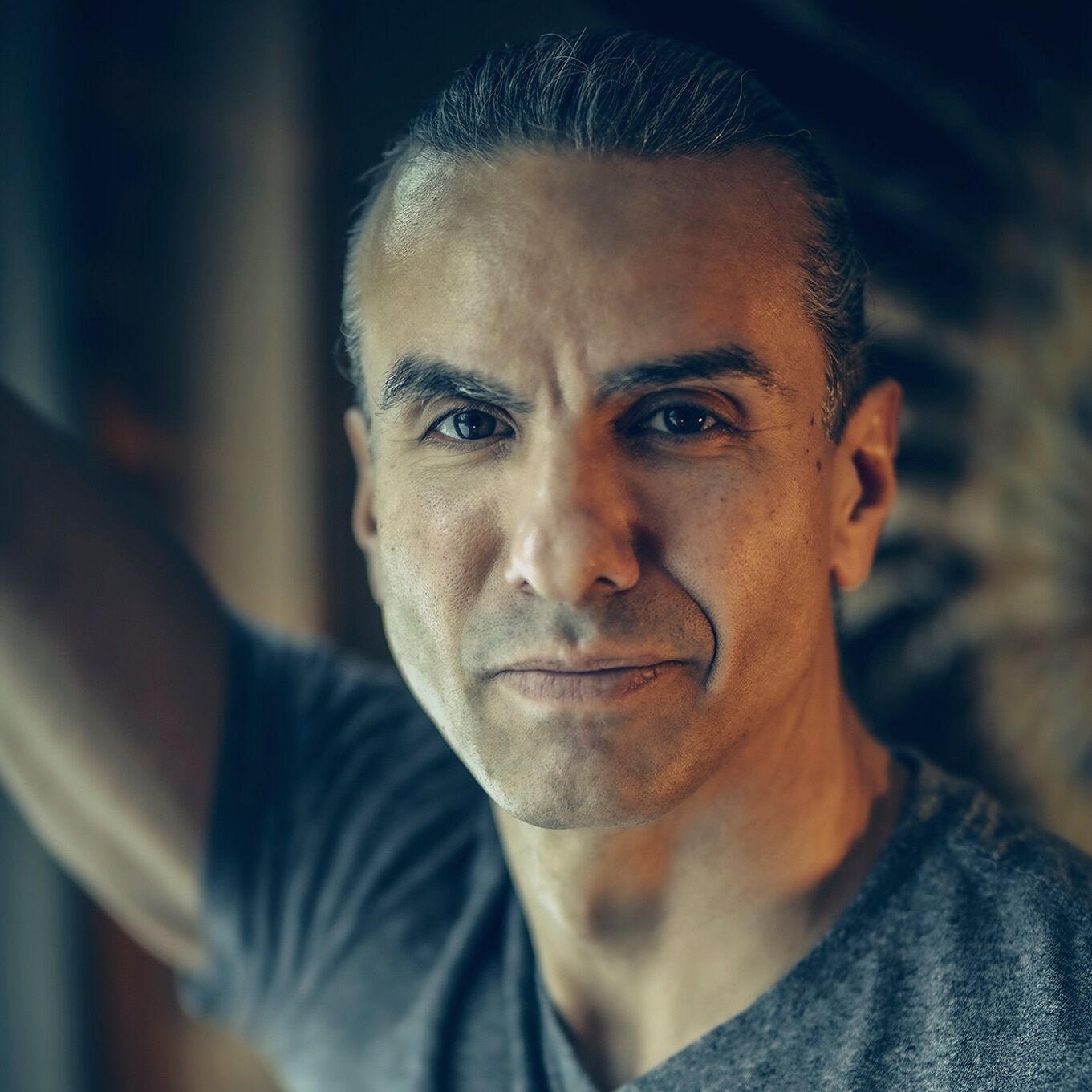 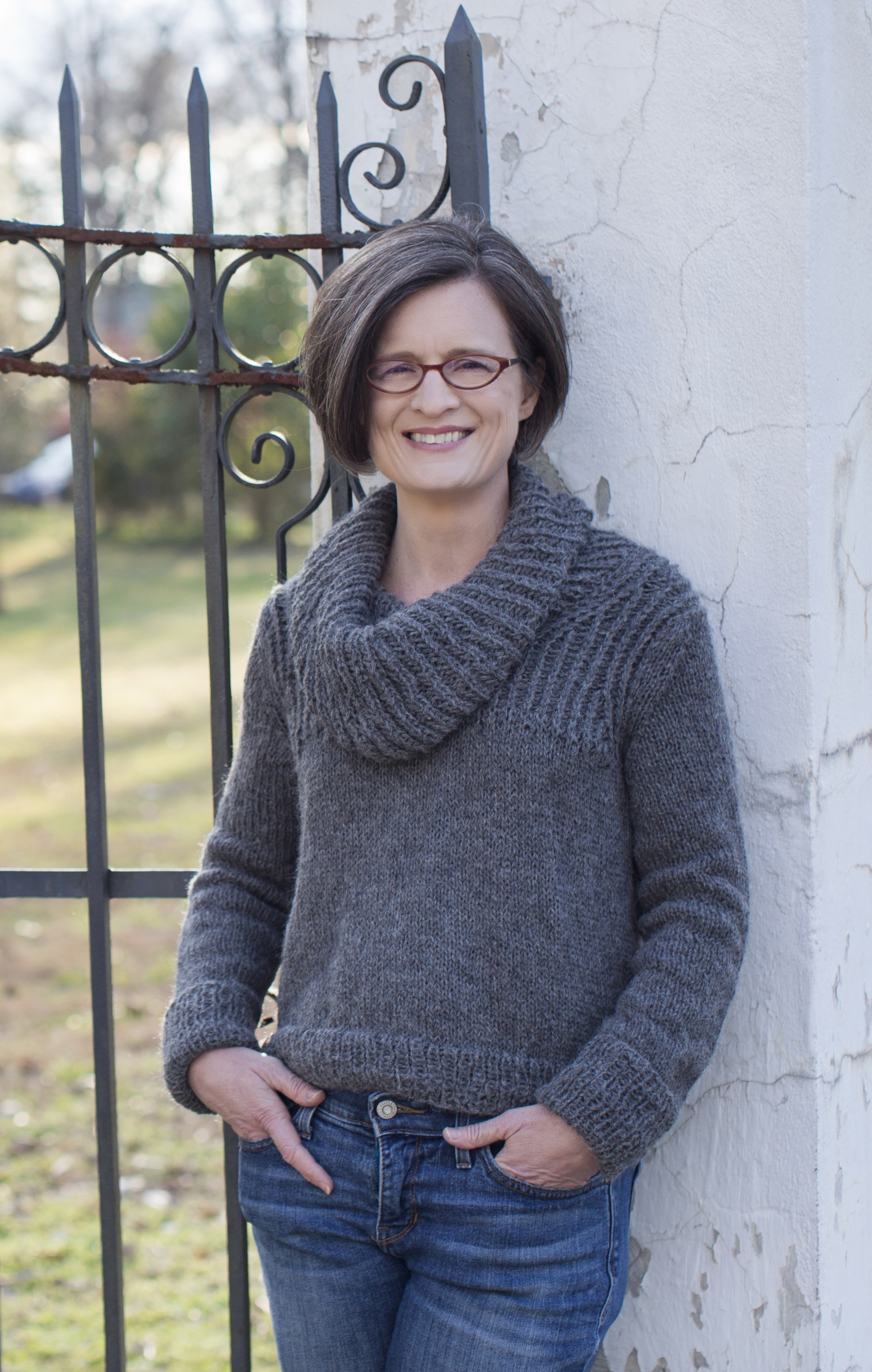 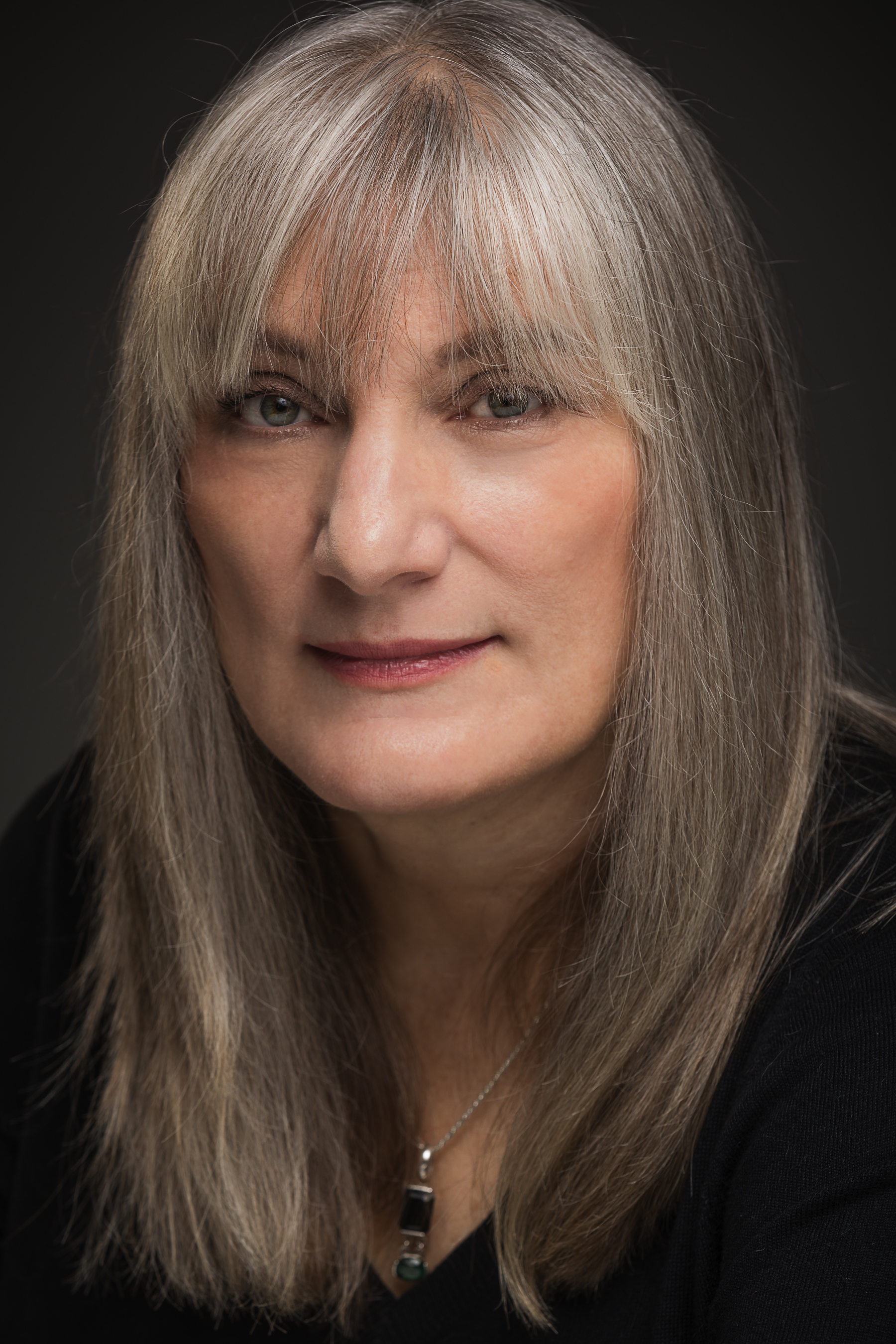 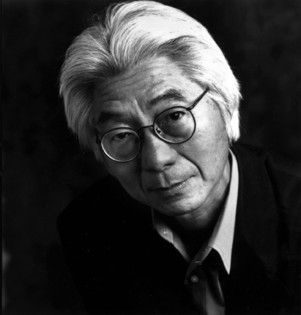 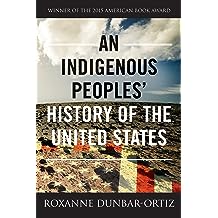 Now part of the HBO docuseries "Exterminate All the Brutes," written and directed by Raoul Peck

Recipient of the American Book Award

Today in the United States, there are more than five hundred federally recognized Indigenous nations comprising nearly three million people, descendants of the fifteen million Native people who once inhabited this land. The centuries-long genocidal program of the US settler-colonial regimen has largely been omitted from history. Now, for the first time, acclaimed historian and activist Roxanne Dunbar-Ortiz offers a history of the United States told from the perspective of Indigenous peoples and reveals how Native Americans, for centuries, actively resisted expansion of the US empire.

With growing support for movements such as the campaign to abolish Columbus Day and replace it with Indigenous Peoples’ Day and the Dakota Access Pipeline protest led by the Standing Rock Sioux Tribe, An Indigenous Peoples’ History of the United States is an essential resource providing historical threads that are crucial for understanding the present. In An Indigenous Peoples’ History of the United States, Dunbar-Ortiz adroitly challenges the founding myth of the United States and shows how policy against the Indigenous peoples was colonialist and designed to seize the territories of the original inhabitants, displacing or eliminating them. And as Dunbar-Ortiz reveals, this policy was praised in popular culture, through writers like James Fenimore Cooper and Walt Whitman, and in the highest offices of government and the military. Shockingly, as the genocidal policy reached its zenith under President Andrew Jackson, its ruthlessness was best articulated by US Army general Thomas S. Jesup, who, in 1836, wrote of the Seminoles: “The country can be rid of them only by exterminating them.”

Spanning more than four hundred years, this classic bottom-up peoples’ history radically reframes US history and explodes the silences that have haunted our national narrative. 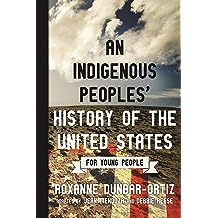 Going beyond the story of America as a country “discovered” by a few brave men in the “New World,” Indigenous human rights advocate Roxanne Dunbar-Ortiz reveals the roles that settler colonialism and policies of American Indian genocide played in forming our national identity.

The original academic text is fully adapted by renowned curriculum experts Debbie Reese and Jean Mendoza, for middle-grade and young adult readers to include discussion topics, archival images, original maps, recommendations for further reading, and other materials to encourage students, teachers, and general readers to think critically about their own place in history.
Read more
Other Formats: Paperback 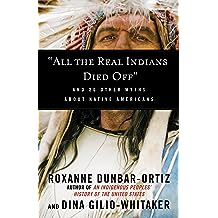 "All the Real Indians Died Off": And 20 Other Myths About Native Americans (Myths Made in America) Oct 4, 2016
by Roxanne Dunbar-Ortiz, Dina Gilio-Whitaker
( 276 )
$12.99
Unpacks the twenty-one most common myths and misconceptions about Native Americans

In this enlightening book, scholars and activists Roxanne Dunbar-Ortiz and Dina Gilio-Whitaker tackle a wide range of myths about Native American culture and history that have misinformed generations. Tracing how these ideas evolved, and drawing from history, the authors disrupt long-held and enduring myths such as:

Each chapter deftly shows how these myths are rooted in the fears and prejudice of European settlers and in the larger political agendas of a settler state aimed at acquiring Indigenous land and tied to narratives of erasure and disappearance. Accessibly written and revelatory, “All the Real Indians Died Off” challenges readers to rethink what they have been taught about Native Americans and history.
Read more
Other Formats: Audible Audiobook , Paperback , Audio CD 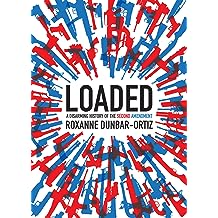 "Roxanne Dunbar-Ortiz's Loaded is like a blast of fresh air. She is no fan of guns or of our absurdly permissive laws surrounding them. But she does not merely take the liberal side of the familiar debate."--Adam Hochschild, The New York Review of Books

"If . . . anyone at all really wants to 'get to the root causes of gun violence in America,' they will need to start by coming to terms with even a fraction of what Loaded proposes."—Los Angeles Review of Books

"Her analysis, erudite and unrelenting, exposes blind spots not just among conservatives, but, crucially, among liberals as well. . . . As a portrait of the deepest structures of American violence, Loaded is an indispensable book."—The New Republic

With President Trump suggesting that teachers arm themselves, with the NRA portrayed as a group of "patriots" helping to Make America Great Again, with high school students across the country demanding a solution to the crisis, everyone in America needs to engage in the discussion about our future with an informed, historical perspective on the role of guns in our society. America is at a critical turning point. What is the future for our children?

Loaded: A Disarming History of the Second Amendment, is a deeply researched—and deeply disturbing—history of guns and gun laws in the United States, from the original colonization of the country to the present. As historian and educator Dunbar-Ortiz explains, in order to understand the current obstacles to gun control, we must understand the history of U.S. guns, from their role in the "settling of America" and the early formation of the new nation, and continuing up to the present.

"Dunbar-Ortiz's argument will be disturbing and unfamiliar to most readers, but her evidence is significant and should not be ignored."—Publishers Weekly

" . . . gun love is as American as apple pie—and that those guns have often been in the hands of a powerful white majority to subjugate minority natives, slaves, or others who might stand in the way of the broadest definition of Manifest Destiny."—Kirkus Reviews

"Trigger warning! This is a superb and subtle book, not an intellectual safe space for confirming your preconceptions—whatever those might be—but rather a deeply necessary provocation."—Christian Parenti, author of Lockdown America: Police and Prisons in the Age of Crisis 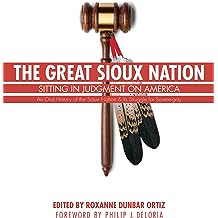 “If the moral issues raised by the Sioux people in the federal courtroom that cold month of December 1974 spark a recognition among the readers of a common destiny of humanity over and above the rules and regulations, the codes and statutes, and the power of the establishment to enforce its will, then the sacrifice of the Sioux people will not have been in vain.”—Vine Deloria Jr.

The Great Sioux Nation: Sitting in Judgment on America is the story of the Sioux Nation’s fight to regain its land and sovereignty, highlighting the events of 1973–74, including the protest at Wounded Knee. It features pieces by some of the most prominent scholars and Indian activists of the twentieth century, including Vine Deloria Jr., Simon Ortiz, Dennis Banks, Father Peter J. Powell, Russell Means, Raymond DeMallie, and Henry Crow Dog. It also features primary documents and firsthand accounts of the activists’ work and of the trial.

New to this Bison Books edition is a foreword by Philip J. Deloria and an introduction by Roxanne Dunbar Ortiz. 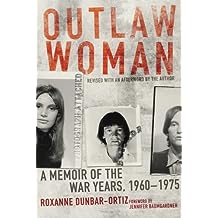 Outlaw Woman: A Memoir of the War Years, 1960–1975, Revised Edition Mar 20, 2014
by Roxanne Dunbar-Ortiz, Jennifer Baumgardner
( 7 )
$16.43
In 1968, Roxanne Dunbar-Ortiz helped found the Women’s Liberation Movement, part of what has been called the second wave of feminism in the United States. Along with a small group of dedicated women in Boston, she produced the first women’s liberation journal, No More Fun and Games.

Dunbar-Ortiz was also an antiwar and anti-racist activist and organizer throughout the 1960s and early 1970s and a fiery, tireless public speaker on issues of patriarchy, capitalism, imperialism, and racism. She worked in Cuba with the Venceremos Brigade and formed associations with other revolutionaries across the spectrum of radical politics, including the Civil Rights Movement, Students for a Democratic Society, the Revolutionary Union, the African National Congress, and the American Indian Movement. Unlike most of those involved in the New Left, Dunbar-Ortiz grew up poor, female, and part–Native American in rural Oklahoma, and she often found herself at odds not only with the ruling class but also with the Left and with the women’s movement.

Dunbar-Ortiz’s odyssey from Oklahoma poverty to the urban New Left gives a working-class, feminist perspective on a time and a movement that forever changed American society. In a new afterword, the author reflects on her fast-paced life fifty years ago, in particular as a movement activist and in relationships with men.
Read more
Other Formats: Paperback 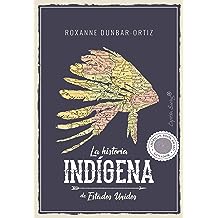 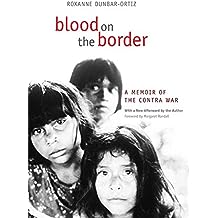 Human rights activist and historian Roxanne Dunbar-Ortiz has been described as “a force of nature on the page and off.” That force is fully present in Blood on the Border, the third in her acclaimed series of memoirs. Seamlessly blending the personal and the political, Blood on the Border is Dunbar-Ortiz’s firsthand account of the decade-long dirty war pursued by the Contras and the United States against the people of Nicaragua.

With the 1981 bombing of a Nicaraguan plane in Mexico City—a plane Dunbar-Ortiz herself would have been on if not for a delay—the US-backed Contras (short for los contrarrevolucionarios) launched a major offensive against Nicaragua’s Sandinista regime, which the Reagan administration labeled as communist. While her rich political analysis of the US-Nicaraguan relationship bears the mark of a trained historian, Dunbar-Ortiz also writes from her perspective as an intrepid activist who spent months at a time throughout the 1980s in the war-torn country, especially in the remote northeastern region, where the Indigenous Miskitu people were relentlessly assailed and nearly wiped out by CIA-trained Contra mercenaries. She makes painfully clear the connections between what many US Americans today remember only vaguely as the Iran-Contra “affair” and ongoing US aggression in the Americas, the Middle East, and around the world—connections made even more explicit in a new afterword written for this edition.

A compelling, important, and sobering story on its own, Blood on the Border offers a deeply informed, closely observed, and heartfelt view of history in the making.
Read more
Other Formats: Paperback , Mass Market Paperback