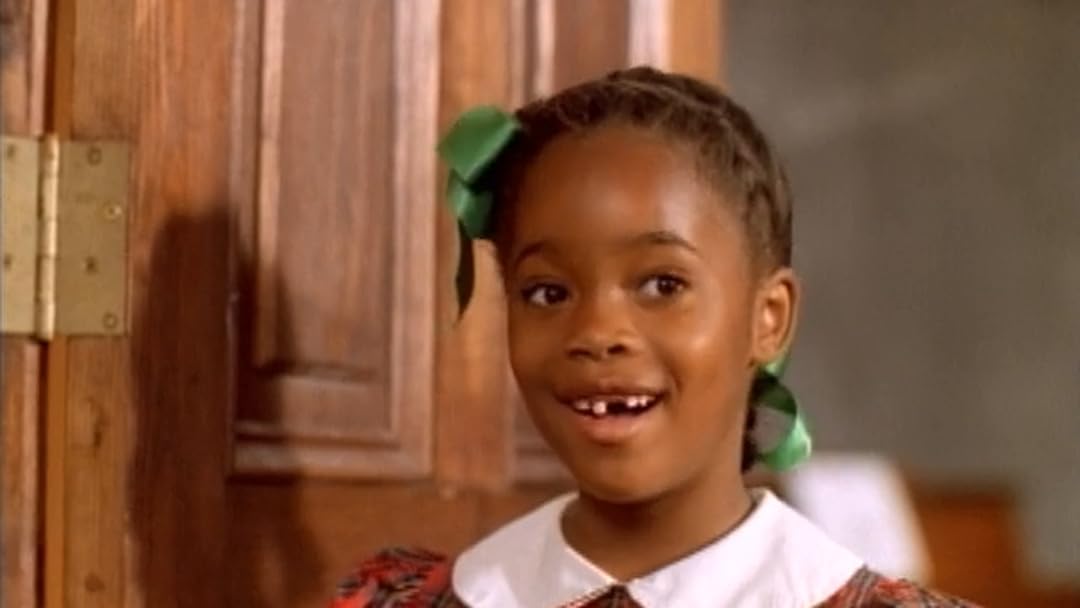 ReenskiReviewed in the United States on January 22, 2016
5.0 out of 5 stars
WELL DONE MOVIE - STILL RELEVANT TODAY!
Verified purchase
Disney's Ruby Bridges is a great movie and I show it every year when teaching about the Civil Rights movement to third graders. It requires preparation prior to showing, so I read biographies about Martin Luther King, Jr., Rosa Parks, and Ruby Bridges first so that students understand what was happening at the time, and then show the movie. The movie does a great job of conveying Ruby's experience as a 1st grader integrating an all white school in New Orleans in 1960. I had the GREAT FORTUNE of having Ruby Bridges visit our suburban NJ school in 2010 - the 50 Anniversary of this historic event. It was a valuable experience for our entire student body (2nd - 5th grades attended) and I continue to share her personal thoughts with current students. It was a day that I will remember forever!
53 people found this helpful
Report abuse

SheilaReviewed in the United States on August 22, 2018
5.0 out of 5 stars
Family-friendly and profound
Verified purchase
Ruby Bridges is a less-well-known civil rights figure, but one that really speaks to young people. I had never heard of her, but my daughter read a book about her in her 2nd grade classroom. When we were scrolling through looking for a Family Movie Night film, she asked to see this one. We watched it, and all really enjoyed it. It spoke to the hard decisions her parents had to make, and the way the other adults around her had to adjust to the idea of a black child attending school with white children, it showed enough about the threats she received to make it real, but not so much that it's inappropriate for young audiences. It gave me a lot to think about, and my children, 12 and 7, too.
15 people found this helpful
Report abuse

GaPhotoProReviewed in the United States on February 26, 2020
5.0 out of 5 stars
Triumph over Adversity.
Verified purchase
It never stops to amaze me that the human spirit can endure so much. This movie details integration in the South. It will have you shed tears, and lead you to that most wonderful feeling of all, Triumph. I'm sure it was as sugar coated as we see in this terrific movie. But it will make you feel even more empowered to know that one little girl was able to conquer such a world of ignorant hatred. Do prepare your children before watching this. There are moments during which this movie will rip out your heart. But don't let them miss out on this emotional roller coaster of history, that will teach them to not be afraid.
4 people found this helpful
Report abuse

J. GarretteReviewed in the United States on June 12, 2017
5.0 out of 5 stars
Teacher Movie Review!
Verified purchase
This movie is amazing. It is a goid lesson for those kids that hate school. It shows them how hard peiple had to fight for equality in school. I would definitely say 4th grade and up. Their are parts that are very vivid, and I believe would get younger children upset. Very good for Black History Month.
15 people found this helpful
Report abuse

Christina ReynoldsReviewed in the United States on January 22, 2021
4.0 out of 5 stars
Great for adults and children!
Verified purchase
On November 14, 1960, four federal marshals escorted six-year-old Ruby Bridges to her first day of first grade as the first Black student to attend previously all-white William Frantz Elementary School in New Orleans, Louisiana.
Ruby Bridges (1998) is a 1998 television film, written by Toni Ann Johnson, directed by Euzhan Palcy and based on the true story of this significant point in the history of the United States.

Admittingly, I know the absolute bare minimum about ‘Ruby Bridges’, and I can only imagine this is the case for a majority of citizens in the United States; With that said, ‘Ruby Bridges’ is recognized as being extremely accurate in its depiction of the figures involved, and I am happy to report that I have actually learned something new about people I'd never previously heard about; without going into too much detail there are two (white) individuals in particular that provide Ruby a substantial amount of emotional support - both a teacher and a psychiatrist - and their separate contributions are substantiated without suffering from what is recognized as a trope in films called “white savior syndrome.” I do wish some minor details about Ruby’s first year in this integrated school received more attention - like, fun fact, she had perfect attendance - but that is just me speaking from experience after being encouraged to do some research about what is now clear to me as a commonly neglected subject in the realm of film and cinema.

Made - for - television movies are easy to scoff at; they are far from cinematic masterpieces and can amount to what is nothing more than a mind-numbing experience. Despite this and other constraints, 'Ruby Bridges’ leans on performances that are authentically sound and screen-writing that is reflective of a large amount of research regarding the source material and its overarching context; the tension, anxiety, losses, and sacrifices made by Bridges and her family are palpable without being dramatized and are ultimately emotionally compelling (if given a fair chance to be!).

A Disney movie at heart - it’s fair to assume that ‘Ruby Bridges’ was made with children being their target audience; because of this there are aspects that are easy to nitpick, but they are also comfortably forgiven. Many of the conversations had about heavy topics - racism, therapeutic interventions (amongst other things) - are extremely on the nose and can seem a little juvenile. In practice, however, these moments are opportune moments for parents (and educators) to segway into conversations with their own children that may be difficult to initiate otherwise. In addition to this there are moments (especially towards the end) that are considerably C H E E S Y, but these are included without undermining the seriousness (and the message) of the overall story.

As an advisory: There are moments included meant to depict real life death threats (and expletives) that were experienced by Bridges in real life. They are brief but are also markedly disturbing - as they should be.

I know from personal experience - as a Caucasian viewer - that a smoke screen of privilege may make some question the relatively (and importance) of films such as this, so I will just leave with a couple of points:

A) Ruby Bridges is still very much alive, and she is only 66 years old; that alone speaks for itself, but assertions that the Civil Rights movement happened long enough ago that it is no longer affecting generations of people that are still alive are just. . .incorrect.

B) Historical biopsies are made with the intention of capturing points in time (and personalities) that are inspirational, culturally significant, and potentially educational. Watching this movie didn’t make me feel incredibly moved or engaged, but it was strong enough to make me feel 𝓽𝓱𝓪𝓷𝓴𝓯𝓾𝓵 for Bridges and her bravery during what had to have been an unimaginably difficult time.

‘Ruby Bridges’ is made with a passion - albeit, a rather silent one.
A fantastic supplement for difficult discussions for educators and care-givers that is academically sound!
I would recommend!

PatriciaReviewed in the United States on April 21, 2019
5.0 out of 5 stars
A must see!
Verified purchase
I read ruby Bridges autobigraphy "Through My Eyes" with my middle school students and then we watched this movie. For students ages 11-14 to clap and cheer for Ruby at the end of the movie, you KNOW it is worth watching. And the lessons learned throughout the book and movie are ones they will remember.
4 people found this helpful
Report abuse

SputnikReviewed in the United States on July 24, 2020
5.0 out of 5 stars
Sad but eye-opening movie
Verified purchase
This is the true story of a young elementary-aged African American child who is the only black child in an all-white school and the challenges of racism that she faces. Her white teacher, who teaches Ruby as her only student, is supportive and encouraging to Ruby. It shows the transformation of the other school children moving from racism to acceptance, which is heartwarming—the positive end result of a very hate-filled and dehumanizing journey. I bought this for a 7-year-old biracial child but found It too provocative and emotional for a young child and have not shared it with the child. Use with caution. I could recommend it for older children/teens with adult supervision and opportunity for sensitive and informed dialog. Racism is painful but hopefully through gaining an understanding of its atrocities, we will learn to treat every person with their God-given dignity. That’s my prayer.
Report abuse

PJReviewed in the United States on December 20, 2016
4.0 out of 5 stars
Required viewing for elementary school children in the US
Verified purchase
Quality of the picture is the only drawback. The move was great, acting was outstanding, portrayal of the historical events as one would expect. This heroic family should be remembered for their sacrifices. This is a must for 'all' children in public schools today. It was recommended to us by a kindergarten teacher.
9 people found this helpful
Report abuse
See all reviews
Back to top
Get to Know Us
Make Money with Us
Amazon Payment Products
Let Us Help You
EnglishChoose a language for shopping. United StatesChoose a country/region for shopping.
© 1996-2021, Amazon.com, Inc. or its affiliates