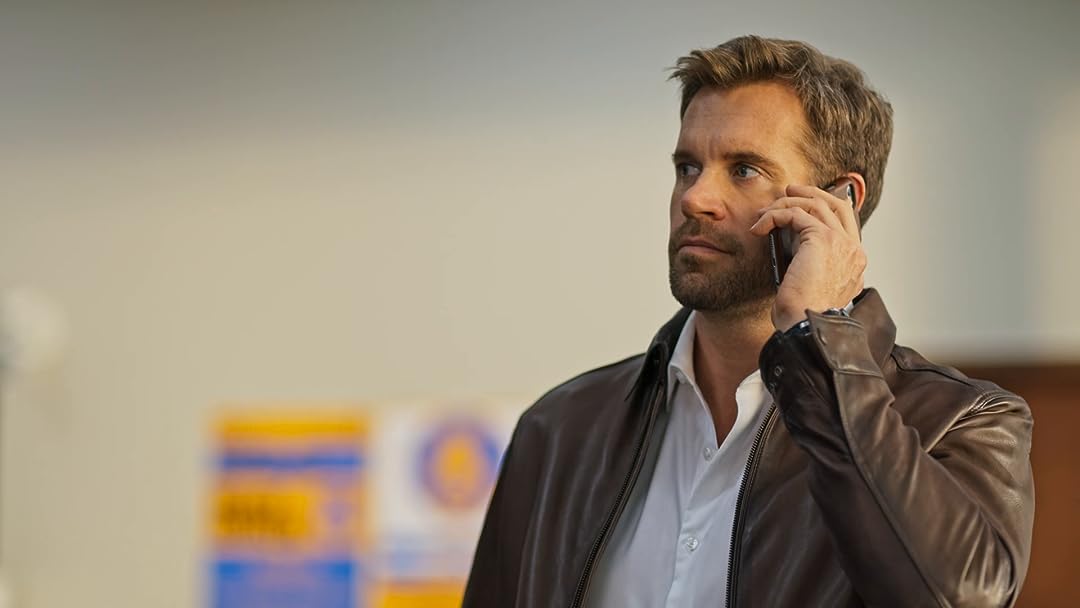 H. BalaReviewed in the United States on July 31, 2021
4.0 out of 5 stars
"Psychic versus psychic. Prediction: murder."
That above is what Ruby Herring said in rather melodramatic fashion when informed that one standout suspect in the cold case murder of a local psychic was another psychic. But let's backtrack some. See, the Seattle police is reopening a batch of cold cases. One such involves the fatal shooting five years ago of Rose Vitello, also known as "the Pawn Reader" on account of she conducted her tarot readings in her North Seattle pawn shop. The murder weapon never was found.

Ruby's built a modest reputation as something of an amateur crime detective, what with her having helped Seattle PD collar two killers. But not everyone on 57 News' crime beat is impressed with having Ruby on board. Where others may admiringly refer to Ruby as "Sherlock," salty crime beat reporter Todd Powers prefers to call it "Sheer-Luck." Whatever. Guy's barely in the movie.

I guess it makes sense that some anonymous person would send Ruby clues to the psychic murder cold case. Ruby's on tv a lot, so she's high profile. First clue left on her doorstep comes in a note with rhymes on it and coordinates. What bugs me is that maybe the clue-dropper wouldn't be anonymous if only Ruby made use of the security camera on her doorbell. If you remember, Detective Killian gave the tricked-out doorbell to Ruby as a present in the previous movie. But I'm nitpicking.

In true cozy whodunit fashion, ain't no lack of suspects. Ruby all along thought that the murder felt personal. So maybe it was the violent boat captain. Or the twitchy golf instructor? Or maybe the psychic rival, Travis Tru the Truth Teller, who once threatened the victim? They - and other people, besides - all nurse deep-seated grudges against the Pawn Reader who happened to be not that nice a person.

Ruby gets invaluable help from her dad, John (John Wesley Shipp), who was a top-notch investigative journalist in his heyday. In fact, the Pawn Reader shooting was her dad's last story covered before he retired. So, he's got a dusty case file for Ruby. Anyway, I've got a soft spot for John Wesley Shipp whose short-lived tv show, THE FLASH, was one of my favorite things in the '90s.

The focus, though, is on Ruby and Detective Killian's investigation, or, to be more exact, their interplay during their investigation. Taylor Cole and Stephen Huszar are nice together. The slow burn romance keeps on and is even given a kick in the pants by the introduction of Ruby's ex, Luke (Clayton James), now a cardiologist from California. Luke's back in town for the "Class of 2005" high school reunion, but methinks he's got an ulterior motive. He's sure giving Ruby those attentive looks. Who would've thunk it that his chances of rekindling things with her would rest on his knowing her preferred ice cream flavor? Anyway, my allegiance was utterly with our baker with a badge. Er, that's Detective Killian, for those who hadn't seen the other Ruby Herring mysteries.

Other less sleuthy things transpire. Ruby and longtime bud Derek (Mig Micario) are volunteering for the school reunion, with Derek craving a dance-off rematch with some guy that beat him the last go-around. Meanwhile, we bump into Dakota (Teagan Vincze), the new ballistics expert at Seattle PD with whom Tommy the coroner is smitten. Tommy (James Kot) is another one of Ruby's old school mates.

In the end, Ruby's "dash of persistence and a pinch of luck," plus some keen observational skills, allow her to crack the case. I didn't like that she's such a confident person that she pooh-poohs danger to some extent, such as when she visited the violent boat captain without backup. Then, again, when she went to confront the killer, she did make sure Jake was on his way... by asking him to show up as her date, lol. At least, Ruby isn't as annoyingly reckless and full of hubris as, say, Aurora Teagarden or Hannah Swensen. That librarian and that baker (without a badge) have crazy egos.

G. TeslovichReviewed in the United States on August 21, 2021
1.0 out of 5 stars
Cheap Hallmark
Hallmark mass produces (like fast food) the same formula scripts. The usual model looking actors to sell the look.
Females with expensive, never get wrinkled or dirty clothing, and always with heavy makeup to add to the perfection.
Males also have the model look (pointless to describe it as we all know it) & usually with a weeks' beard growth for that extra (compensatory) manly look.
Neither gender would pass high school drama acting.
Forensics really poor if not nearly non-existent. See "Traces" series for intelligent forensics.
See all reviews
Back to top
Get to Know Us
Make Money with Us
Amazon Payment Products
Let Us Help You
EnglishChoose a language for shopping. United StatesChoose a country/region for shopping.
© 1996-2021, Amazon.com, Inc. or its affiliates