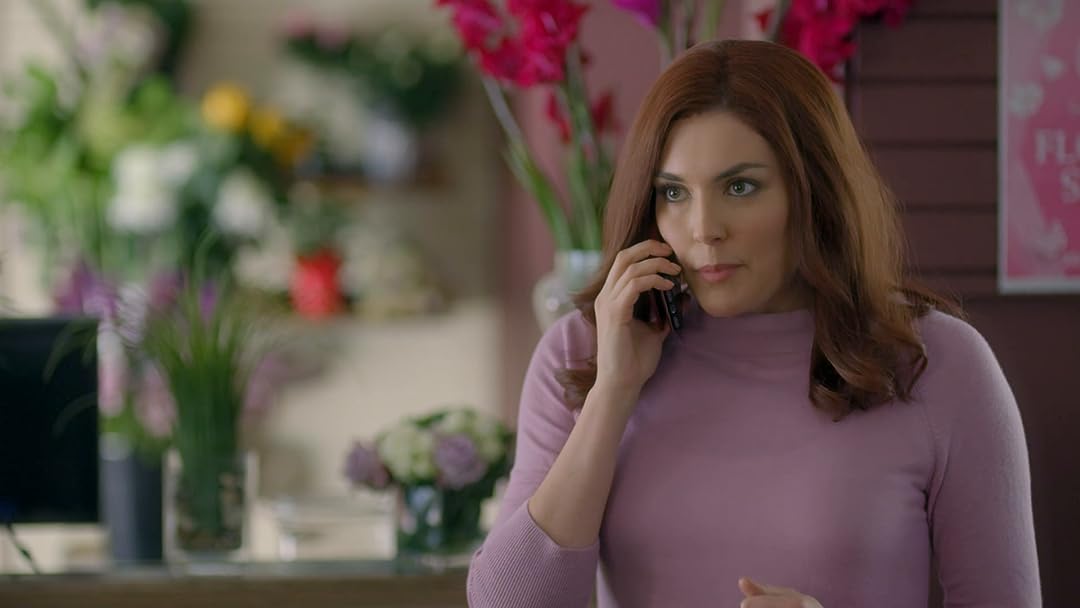 Amazon CustomerReviewed in the United States on October 10, 2021
4.0 out of 5 stars
Some of these reviews are for a different movie!
Verified purchase
Ruby Herring Mysteries: Silent Witness is not the best Hallmark Mystery, but it's a good watch.
One person found this helpful

KristenReviewed in the United States on June 12, 2022
4.0 out of 5 stars
Cheesy but Cute
Verified purchase
This one goes off the rails a bit at the end but it's good. It's likable and clean.

SaraReviewed in the United States on October 8, 2021
5.0 out of 5 stars
Very Cute!
Verified purchase
Very Cute!
One person found this helpful

AmandaReviewed in the United States on January 28, 2022
1.0 out of 5 stars
This is not the latest movie. Has the wrong date
Verified purchase
I purchased this movie thinking it was the next in series based off the date. It is not.

H. BalaReviewed in the United States on July 31, 2021
4.0 out of 5 stars
Taylor Cole's debut as a tv consumer reporter who goes to a wedding and solves a murder
Any platform that allows me to see more of Taylor Cole is utterly copacetic. But what is it with Hallmark's giving practically each lead actress in its stable her own mystery franchise? I shouldn't complain. Here's Taylor Cole guaranteed to be on our airwaves even more often, courtesy of her recurring role of Ruby Herring, news reporter turned sudden amateur sleuth.

In Seattle, on Channel 57 News, Ruby has a popular segment called "News We Can Use" in which she exhibits her skills as an investigative consumer reporter on the daily. Note that what she does is a stretch from what someone does on the crime beat.

Ruby's off now to the Swaneset Bay Resort & Country Club, fancy digs that's half an hour's drive from Seattle. She's there for five days of fun and frolic that culminates with her sister Charlotte's wedding. The hotel they're staying in happens to be hosting a bakers conference featuring celebrated baker Sugar Albert (her real name is Verna). Sugar being a family friend, she's promised to make the wedding cake.

Now comes the skullduggery at the nearby Sunrise Point, a popular mountain spot for hikers. When the Herring sisters go hiking there, their exercise is interrupted by screams from a woman desperately trying to help another woman trapped under a log in the creek below. Except that woman's past help. A shocked Ruby and Charlotte recognize the dead woman as Sugar Albert.

The local constabulary seem willing to call it death by misadventure, an accident. And maybe Ruby would've been swayed along. But what was it that set off her b.s. alarm? Certainly, Sugar's husband Sam's surprisingly detached reaction to his wife's demise didn't calm her suspicion.

And when Ruby's boss hears of the shenanigans developing thirty minutes' drive away, what else to do but to appoint Ruby as lead snooper with an eye out for a scandalous scoop, never mind that Ruby isn't that kind of investigative reporter. Except, it turns out, Ruby just may have a knack for amateur sleuthing.

Yeah, yeah, I get it. The name's a bit too much on the nose, as is my now explaining it. Ruby Herring. Ruby = red; ergo, red herring. But I choose to overlook it as, to reiterate, it means seeing more of Taylor Cole onscreen. I get the sense Hallmark Movies & Mysteries is doubling down on its women detective series, what with the likes of Jill Wagner (MURDER 101), Lacey Chabert (CROSSWORD MYSTERIES), Danica McKellar (MATCHMAKER MYSTERIES), and Alexa PenaVega (PICTURE PERFECT MYSTERIES) having also snagged their own ongoing mystery franchise.

Can Ruby fulfill her maid of honor obligations while chasing leads? Taylor Cole makes it look effortless. As Ruby, she's charming and confident and it doesn't hurt that she has high school connections in place - the hotel manager, the medical examiner - to assist in her case. The only soul to get her flustered is Seattle homicide detective Jake Killian (Stephen Huszar). But perhaps she's put off by the perpetual five o'clock shadow. Obviously, the movie is paving the way for some future romantic entanglement between the two. Me, I wasn't feeling it. Their constant bicker doesn't come off provocative but, rather, tired and old hat and regurgitated from other shows that done the old "will they or won't they" sexual tension better, like MOONLIGHTING, REMINGTON STEELE, and even the GOURMET DETECTIVE series. But it's early days yet in the franchise. Time enough to work in the sizzle. Maybe.

3.5 - maybe 4 - out of 5 stars for RUBY HERRING MYSTERIES: SILENT WITNESS. I dig Taylor Cole, but the mystery falls flat, and I wasn't quite sold on her supporting cast. Stephen Huszar seems just another scruffy pretty face and doesn't do diddly in solving the case. I think I liked Ruby's sister. Ruby's co-workers at the tv station don't leave much of an impression, not even Karen Holness who is in a lot of Hallmark movies. I did like how Ruby was able to tie in a consumer product that she'd covered earlier in her "News We Can Use" segment to resolve the case.

I've heard folks grumbling that the actor who plays Ruby's father looks too young for the role. However, that actor is DAYS OF OUR LIVES alum, Shawn Christian, who is nineteen years Taylor Cole's senior and, oh, also her ex-step-dad in real life, having once been married to Cole's mother, Deborah Quinn. So, quit your grumbling.

G. TeslovichReviewed in the United States on August 21, 2021
1.0 out of 5 stars
Cheap Hallmark
Hallmark mass produces (like fast food) the same formula scripts. The usual model looking actors to sell the look.
Females with expensive, never get wrinkled or dirty clothing, and always with heavy makeup to add to the perfection.
Males also have the model look (pointless to describe it as we all know it) & usually with a weeks' beard growth for that extra (compensatory) manly look.
Neither gender would pass high school drama acting.
Forensics really poor if not nearly non-existent. See "Traces" series for intelligent forensics.
See all reviews
Back to top
Get to Know Us
Make Money with Us
Amazon Payment Products
Let Us Help You
EnglishChoose a language for shopping. United StatesChoose a country/region for shopping.
© 1996-2022, Amazon.com, Inc. or its affiliates