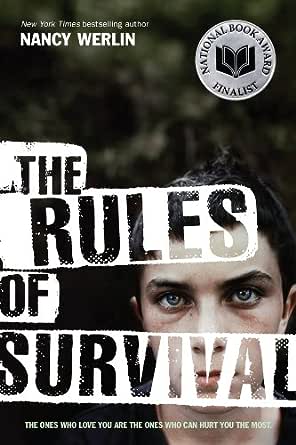 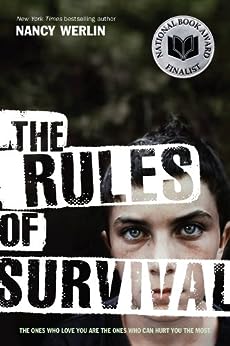 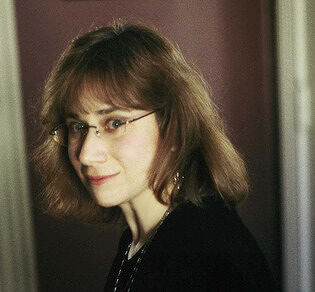 The Rules of Survival Kindle Edition

Daniel Passers voice is gentle as he tells a horrific story. Fifteen-year-old Matthew and 13-year-old Callie try to protect their 7-year-old sister, Emmy, from the unpredictable rages and cruelties of their mother. They reach out to their aunt, their estranged father, and Murdoch, a stranger turned friend who seems to be a man of courage, in an attempt to get help. This is a story of survival, and as the subtle but brutal abuse mounts, Passers soft voice expresses a mix of the hush of secrecy and a prayer for an impossible rescue. The courage of Matt and Callie and their eventual release from their mother will make listeners want to cheer. S.W. © AudioFile 2007, Portland, Maine-- Copyright © AudioFile, Portland, Maine --This text refers to an out of print or unavailable edition of this title.

Starred Review. Grade 9 Up–Werlin tackles the topic of child abuse with grace and insight. Narrated by 17-year-old Matt as a letter to his youngest sister, Emmy, The Rules of Survival is his effort to come to terms with the vicious treatment he and his two sisters suffered at the hands of Nikki, their beautiful and unpredictable mother. One of Matts early memories involves getting up during the night to sneak a cookie back to bed and being caught by his mother. Giggling and yelling Cookie thief, she holds a knife to his throat, cutting him just a little bit to teach him not to steal. As much as he fears her manic highs and lows, his greater concern as he grows older is for the safety of his sisters. He and Callie shield Emmy as much as possible from Nikkis volatile moods. Compounding the problem are the adults in their lives–their father and their aunt–who recognize Nikkis instability but find it easier to look the other way. When Nikkis ex-boyfriend Murdoch befriends the children, they want to believe that a more normal future is possible, but are afraid of being disappointed by an adult yet again. The characters captivate readers from the beginning, and short, terse chapters move the plot along with an intensity that will appeal to seasoned Werlin fans and reluctant readers alike. Teens will empathize with these siblings and the secrets they keep in this psychological horror story.–Kim Dare, Fairfax County Public Schools, VA
Copyright © Reed Business Information, a division of Reed Elsevier Inc. All rights reserved. --This text refers to an out of print or unavailable edition of this title.

Gr. 7-10. Living with an unpredictable, psychotic mother has taught Matthew how to survive. Constantly on alert, he and his sister, Callie, devotedly shelter their younger stepsister, Emmy, from their mother's abuse and worry about staying safe. Matt insists that "fear isn't actually a bad thing . . . . It warns you to pay attention, because you're in danger. It tells you to do something, to act, to save yourself," but his terror is palpable in this haunting, powerful portrayal of domestic dysfunction, which is written in retrospect as a letter from Matt to Emmy. Unfortunately, the adults in the children's life, a distant father and an apathetic aunt, don't help, though Matt sees a spark of hope in Murdoch, who dates his mother, Nikki, and then leaves when he becomes another target for her escalating rage. It is Murdoch, with a violent past of his own, who is willing to risk getting involved and eventually becomes the change agent that the children so desperately need. The author of Double Helix (2003),Werlin reinforces her reputation as a master of the YA thriller, pulling off a brilliant departure in this dark but hopeful tale, with pacing and suspense guaranteed to leave readers breathlessly turning the pages. Cindy Dobrez
Copyright © American Library Association. All rights reserved --This text refers to an out of print or unavailable edition of this title.

Nancy Werlin was born and raised in Peabody, Massachusetts, USA and now lives near Boston. She received her bachelor's degree in English from Yale.

Since then, she has worked as a technical writer and editor for several computer software and Internet companies, while also writing fiction.She is a National Book Award finalist.

Nalini Vallampati
4.0 out of 5 stars Great Book!!
Reviewed in the United States on October 12, 2020
Verified Purchase
I read this book for a school self-select. This book was an incredibly interesting way to get to know more about child abuse. A lot of the time, we think about abuse as physically harming the children. However, emotional abuse can leave scars that are just as hard to erase.
Nikki is an unstable human whose unpredictable behavior leads to physical and emotional pain for her three kids. This book details the journey of the kids as they use all the help they can get to get away from Nikki and live somewhere else. Murdoch, a man they met at a grocery store who plays a huge part in their life, their dad, and Nikki's much more level-headed sister all take the necessary steps to gain freedom from their mother.
The book is a realistic way of looking at a foreign topic, which is much more common than you may think. It shows the many layers of abuse, and the manipulation used by Nikki to get what she wants. It teaches you that things are not always how they seem on the outside.
The book ends in a surprising way, revealing something about one of the characters that we never would have thought. This is a great read and I would highly recommend it to anyone looking for their next book!

DL
5.0 out of 5 stars A haunting story about coping and survival after trauma
Reviewed in the United States on April 9, 2018
Verified Purchase
This book was recommended to me by a work colleague as a YA novel to read/discuss with my teenage daughter. I ended up devouring it within a day.

The book is a page-turner and has all of the tense undercurrents you'd expect from a story about three children in an abusive home. The beauty of this book however is how you get to know the characters by their behavior -- their coping mechanisms, their self-sacrifice, and their individual limits for fear and pain. Deeper still, the author details the children's longing for a normal life in such a way that you feel the pain acutely, without it ever being directly described. They go from knowing their lives are in danger one moment to convincing themselves things are okay the next -- with you as the helpless observer, heartbroken for them, turning the pages until you know how (and if) they survived.

What will someone do to feel safe enough to dream again? Highly recommended.
Read more
One person found this helpful
Helpful
Report abuse

J.B.
5.0 out of 5 stars Not to be missed!
Reviewed in the United States on June 19, 2015
Verified Purchase
The Rules of Survival is an amazing book. It is very well written, and leaves the reader craving more. It's sad, but not quite tear-jerker sad for me. It's sad in the sense that it is realistic. This kind of treatment towards kids by their parent(s) who never wanted to be ones in the first place. I wish all kids in that type of situation, or worse, had someone like Murdoch in their lives. I'd like to believe people such as his character truly exist. I highly recommend this book to everyone. It confirms that people really are as bad as you'd think, but it also restores what little faith in humanity that remains. It shows that sometimes, people do come through, and do step up to the plate, doing the right thing, even when it's not their responsibility to do so. Murdoch truly loved those kids, even though they weren't his, and after only a short period of time, too. Nikki was their mother, and I doubt she ever showed them as much love or care as Murdoch did. And that's truly sad. I would highly recommend this book to everyone. It's remarkable storytelling, and it is truly moving.
Read more
One person found this helpful
Helpful
Report abuse

Mercedes
5.0 out of 5 stars Great book with sad story and happy ending
Reviewed in the United States on January 6, 2010
Verified Purchase
This is an excellent book about 3 siblings, Matt, Callie, and Emmy. Matt and Callie spend their entire childhoods taking care of Emmy and deflecting their mother's abuse to themselves instead of Emmy. One day while they sneaked out to score a popsicle, Matt and Callie witness a father enraged at his son and a stranger who intervenes. For Matt this is life changing, he makes it his secret mission to find this man called Murdoch. Due to bad luck, Nikki their mother gets her hands on the address of Murdoch. Instead of bad luck this turns to good luck. Soon they are dating and the lives of the kids are pretty good. However, Nikki will soon tire of Murdoch; he's just not "fun". The siblings will soon endure Nikki's rages again, life is back to normal. Matt is determined to get them away from Nikki, in desperation he goes to he and Callie's father and pleads for him to take them away. He's reluctant due to Emmy not being his child and Nikki's power. As things progress and the abuse never gets better, it's actually getting worse, Nikki's sister and Murdoch allied with Ben (Matt and Callie's father) to get the kids away from Nikki.

This is a fast page turning read. I could not put it down. Matt and Callie are old for their age; the things they endure to protect their sister and care for her are amazing. Murdoch has a secret that won't be revealed until the final pages, however, after reading the book I was pretty certain I knew what Murdoch's secret was and I was right. Aunt Bobbie will finally step up, it was disturbing to know she lived in the same house and knew what the children endured and did nothing. Same with Ben, he came across as not wanting to get involved. The author does an excellent job of making the reader feel like they are part of this book. You have no trouble loving the good characters and hating the bad characters.

The unfortunate thing is, although this book is fiction, it's also true. It made my heart bleed for every child with an abusive guardian. Read the book, you'll enjoy it, it's fast, and it'll stay with you.
Read more
Helpful
Report abuse
See all reviews
Back to top
Get to Know Us
Make Money with Us
Amazon Payment Products
Let Us Help You
EnglishChoose a language for shopping. United StatesChoose a country/region for shopping.
© 1996-2021, Amazon.com, Inc. or its affiliates