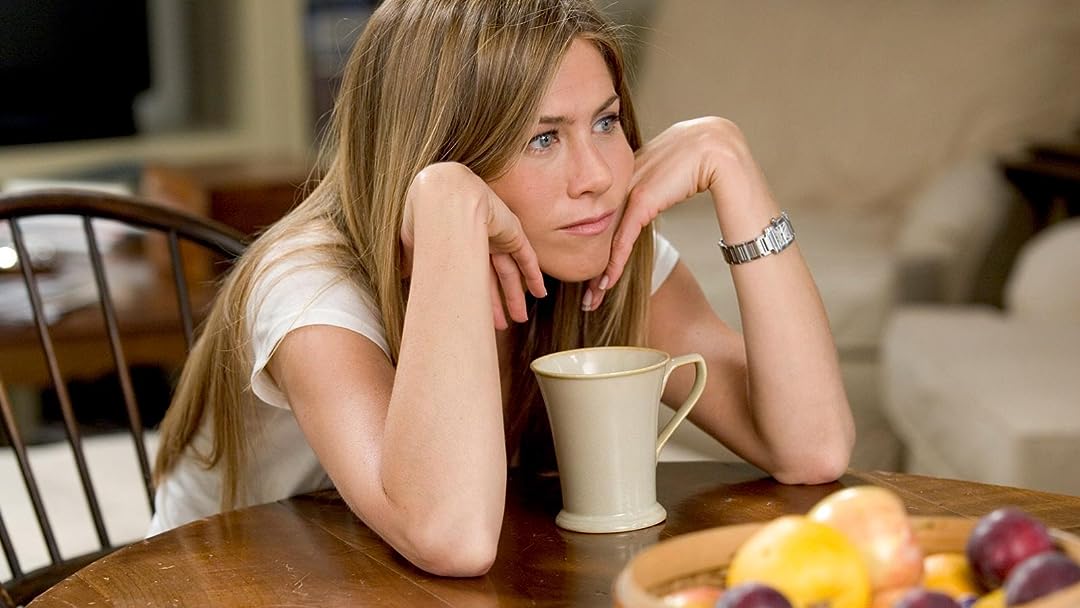 (1,675)
5.51 h 36 min2005X-RayPG-13
Sarah Huttinger, whose return home with her fiance convinces her that the country-club lifestyle of her family isn't for her, and that maybe the Huttinger family isn't even hers.

B. CardwellReviewed in the United States on May 14, 2022
1.0 out of 5 stars
DVD Hangs at Minute 40
Verified purchase
This Review is NOT about the Service which was fine, but about the MEDIA itself.

This is my second attempt to buy RUMOR HAS IT on DVD. In both cases, the DVD hangs at minute 40.
Nor will the LANDING PAGE jump to Scenes beyond the 40 minute mark.

As this has happened to me on the purchase of two different occasions, it would seem to me, there is a defective BATCH of these videos that have been released in the past, so it is likely other DVD may hang in this same manner.

I tossed the DVD into the Trash. The movie itself, is not worth more than $5 at best. Since I have already tried two separate attempts that go beyond that cost; it is not longer worth the cost to attempt to buy another (or ship it back for replacement). This is just a friendly service announcement. Thanks.

John A Lee IIIReviewed in the United States on November 8, 2006
3.0 out of 5 stars
Going for the Triple Crown
Verified purchase
Jennifer Aniston plays a neurotic and insecure woman engaged to be married. She is heading home to Pasadena with her boyfriend to attend her sister's wedding. She feels like she has never fit in with her family but she doesn't really go over the deep end until she hears a rumor. She hears that her family served as the inspiration for THE GRADUATE, starring Dustin Hoffman.

She does the math and realizes that her father may not really be her father. Her mother is unable to answer any questions, having died many years before and her grandmother, played brilliantly by Shirley McLean will not talk about the matter. She decides to try and track down the mystery man.

Her search leads her to a wealthy and successful entrepreneur played by Kevin Costner. He confirms the rumors about the book and the movie but maintains that he cannot be her father. He also sees Aniston and decides to try for the Triple Crown. This attempt leads to even more familial confusion and damages more relationships.

This film has a few light moments but it is not great as either entertainment or as a work of art. It is one of those things I am glad to have seen but have no need ever to see again. The most likeable character in the whole piece is the dad, the real one who raised the girl. He is matter of fact, truthful and manages to get keep everything in perspective.

If you do watch this film, it definitely helps to have seen the original GRADUATE. I suppose one could follow the story line without having seen it but it will make much more sense with that frame of reference.
2 people found this helpful

Samanda b JeudeReviewed in the United States on January 8, 2006
4.0 out of 5 stars
Clever [SPOILERS]
Verified purchase
Jennifer Anniston, Kevin Costner, & Shirley McLaine are 3 of the jewels in this smart, slight bracelet about a girl who * knows* [correctly] that her family are 'the Robinsons' from the movie & book of -The Graduate- ... but that's just the tip of the iceberg in the tale.

The crux of the story is Sarah Hutchinson, stuck in a boring job w/an agreeable youth who may - then again, may not - be the love of her life. Going home for her sister's wedding, Sarah is *so* neurotic that i was afraid she'd explode [she doesn't], but she makes it clear she's *not* like her family. When she 'discovers' the secret her grandmother is hiding from her, Sarah goes to meet Beau Burroughs, who she thinks is her father. He's not - thus saving her a bundle in therapy bills - but he *is* interested in this girl who resembles her now-dead mother...

Mark Ruffalo in particular is superb as the long-suffering fiancé, who endures a lot ... but not *too* much. & Richard Jenkins as the girls' father is drop-dead impressive as the man who has a secret or 2 of his own. McLaine has gotten a *lot* of praise, but Kathy Bates as a friend who knew & *didn't* tell is terrific. & Mena Suvari as the 'bouncy' sister who collapses on her honeymoon is truly great in a dreadful role.

All in all, not a truly great movie, but by no means worth a pan. & i **LOVE!** the use of music in this film; it was worth several laughs by itself!
4 people found this helpful

Texas GrandmomReviewed in the United States on May 8, 2021
4.0 out of 5 stars
Light Hearted... A Fun Friday Night In..
Verified purchase
Fun movie, great cast. A bit unbelievable of course but still a good movie, it keeps moving along. The good cast and acting saves it from being too silly.
One person found this helpful

J. L. WiseReviewed in the United States on December 3, 2012
3.0 out of 5 stars
Rumor Has It
Verified purchase
Without a doubt, the cast is great and I absolutely love Rob Reiner and George Clooney as directors. The story line was very good, and I don't think you could've asked for a better cast. Unfortunately, with such a stellar group, I guess I expected a Ruth's Chris filet and felt like this talented group of artists had cooked up a chop house burger. While I like burgers, it just wasn't what I was expecting. It wasn't anything reflected on the actors or actresses themselves, but the way the script was written made it difficult to care about the characters aside from Ruffalo and Jenkins towards the end. I also think that the confused, flaky character Aniston is typically cast as has been done to death by her. It's a sad thing to watch anyone's talent and potential be limited. Aniston was great as Stiller's flaky girlfriend in 'Along Came Polly'. She was great (and not a flaky character) with Wilson in 'Marley & Me'. Someone should try casting her in a role somewhat like Byrne's 'In Treatment' character, as I think she could bring depth to the role like Byrne did (good show..unfortunate that it was cancelled).
3 people found this helpful

Donegal DanReviewed in the United States on May 23, 2006
4.0 out of 5 stars
Underrated Comedy
Verified purchase
Boy, what a bunch of soreheads have reviewed this film. I almost didn't watch it because of all the carping reviews. However,I did watch it and I'm glad I did. Since the plot, such as it is (and I agree it is pretty skewed and featherweight) has been reviewed ad nauseum before me, I will address only the overall quality of the movie. I found it very entertaining but I wasn't looking for great depth or originality in what was obviously a bit of fluff. The performances of the cast lift it above the norm--Shirley MacLaine is very funny, Anniston is good in a very Rachel-type role, Ruffalo's part is well done if not real demanding and he continues to be a likeable presence in these romantic comedies; Costner is in his laid-back and genial mode and only Mena Suvari seemed a bit overdone or irritating. It's not world-shaking comedy but it's funny; it's not world-shaking anything but it doesn't pretend to be; and I found it several cuts above recent comedies that were more highly touted ("The Family Stone"--with a bunch of mean-spirited, snotty and unattractive relatives ; "Failure to Launch"--a bit funnier but featuring a boneheaded overgrown juvenile; "How To Lose A Guy in 10 Days"--one of the most irritating and least funny movies in a long time).If you can lighten up and just go with a slightly wacky and insubstantial comedy with funny characters played by pros, you will probably enjoy this film more than you expect to.
4 people found this helpful

Thomas SeilerReviewed in the United States on December 21, 2007
5.0 out of 5 stars
Not a sequel, but a great movie
Verified purchase
Some people say this is a sequel to The Graduate since it uses some of the same charactors. But it is not really a sequel since it was necessary to change the backstory so this film would work.

In The Gradute Ben (Dustin Hoffman), gets seduced by Mrs Robinson (Anne Bancroft) and then marries Elaine Robinson (Katherine Ross). In Rumor Has it the backstory has been changed so that the daughter didn't marry Ben's charactor, but marries the other guy instead. By changing the backstory like this it allows Mrs. Robinson's granddaugher Sarah (Jennifer Anniston) to sleep with Ben's charactor (Kevin Costner).

If you are confused then don't worry, I still am. It is not easy to wrap your brain around two movies made almost 40 years apart using some of the charactors in a story that takes place some 25 years after the original.

Overall, I thought it was a wonderful movie, very funny and very well done overall.
One person found this helpful
See all reviews
Back to top
Get to Know Us
Make Money with Us
Amazon Payment Products
Let Us Help You
EnglishChoose a language for shopping. United StatesChoose a country/region for shopping.
© 1996-2022, Amazon.com, Inc. or its affiliates