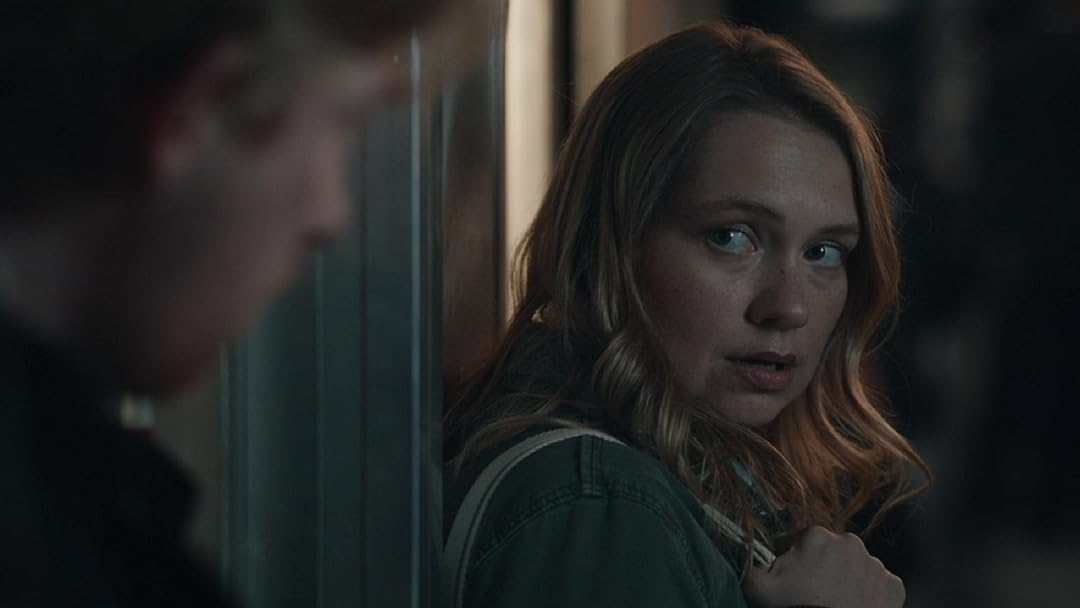 Season 1
(94)
6.22020X-RayTV-MA
A woman living a humdrum existence one day gets a text inviting her to fulfill a youthful pact, promising true love and self-reinvention, by stepping out of her life to take a journey with her oldest flame.

J&JReviewed in the United States on April 6, 2021
5.0 out of 5 stars
Plea for Season 2
Verified purchase
I have an HBO Subscription & can watch 'Run' for Free.
Still made the choice to buy The One & Only Season.
It's Too Good to risk a chance with licensing down the road.

In case you don't know, There is No Season 2.
To quote Annie Lenox, "Tell me Whyyyyyy"
All the characters, like alot of us, still trying to figure out how to be adults.

Ruby & Billy are 30 somethings & former College Sweethearts.
They made a Pact if one texts 'RUN' & the other responds 'RUN',
they meet up at Grand Central to see if their love still stands the test of time.

A modern day 'An Affair to Remember' that appeals to our own personal "What Ifs"
They are comedically flawed. So flawed & make so many questionable decisions.
It's Black Comedy Gold.

The end up on a train ride across country chased by Billy's obsessed former manager,
who is trying to steal his money bc he quit & left her in the lurch (and in love).
Ruby's not so innocent either but I'll let you figure that for yourself. Great jaw drop moments.

The series ends in a way you are convinced there is more.
But can also be not so neatly, only like Ruby & Billy, tied up.

It's not too late HBO or some other platform (Amazon) looking for Original Content.
Please don't let the simple, flawed joy of 'RUN' fall by the wayside.

Lilly RoseReviewed in the United States on July 7, 2020
5.0 out of 5 stars
Run and watch this.
Verified purchase
I love the main characters of Merritt Weaver and Domhnall Gleason as they have great chemistry and you really root for them. Secrets, escapes, and twists abound. The only problem was the series was too short.
2 people found this helpful

ToutdouXReviewed in the United States on April 19, 2020
5.0 out of 5 stars
Romantic Escapism + artful dialogue & What's with the REALLY weird dude reviews on this show?
This show has a pace and a premise to which you have to give yourself over, or else you won't enjoy it. And I love it.
The casting is on point and the romance is OTC (that means 'off the charts' for you old weird dudes who previously reviewed this show). **Side note, are the first three reviewers bot versions of 'old crotchety men' ?** I'm looking at you "Orbis", "Hector" and "Algonquin"! Go away, this show isn't for you.
16 people found this helpful

Hector HolguinReviewed in the United States on April 16, 2020
1.0 out of 5 stars
Boring
The two main characters had no real chemistry. The actress chosen to play Ruby was so boring. I couldn't see why Bill would have any interest in her.
14 people found this helpful

Orbis TertiusReviewed in the United States on April 18, 2020
1.0 out of 5 stars
Could not buy the ridiculous premise
Another series based on some quirky plot that makes no sense, but written to draw in the viewer and, of course, money. Quirkiness and cartoon people are the currency of entertainment and most art these days. There are less than ten possible story lines and you have probably seen many iterations of them, so in order keep us engaged, we get this from the series writer(s) who probably don't know where the series is going, anyway. The premise was too ridiculous for me to buy, but you might.
9 people found this helpful

though she be but little she is fierceReviewed in the United States on May 14, 2020
1.0 out of 5 stars
"Run," away from this series: unlikable, idiotic characters and morally bankrupt premise
If this show and these characters are a reflection of the level of intelligence and judgment of the average person in our society today, we are in a sorry state of affairs. Their personalities and choices are repugnant; their "chemistry" and connectedness as friends are utterly implausible. The audience wants to root for at least one character in a show (even a "bad guy" character. This has been successfully done time and time again). But I'm not rooting for anyone in "Run." They get what they deserve, and I get what I deserve for using my time to watch all 5 episodes of this drivel, naively hoping it would end up surprising me with some element of complexity. How about producing something inspiring, thought-provoking, and artistic with compelling characters and writing? Try that next time
7 people found this helpful

Michelle VeselyReviewed in the United States on April 27, 2020
1.0 out of 5 stars
I thought it would get better, but it's only gotten worse.
This show is absolute garbage. Vicky Jones is piggybacking off of Phoebe Waller-Bridge's fame and success, and she obviously knows she doesn't really have to work for it bc of how poor the show is. The casting is terrible. The acting is terrible. The script/writing is terrible. The cinematography is terrible. There's not one redeeming quality about this show. Just proves that you can do anything if you got famous friends. Vicky, you should go to screenwriting school bc this is amateur hour. I thoroughly hate it.
8 people found this helpful

VinnyReviewed in the United States on May 12, 2020
2.0 out of 5 stars
Ridiculous Premise, and Then: Smart Characters Continually Making VERY DUMB Decisions/Choices!
First, as other reviewers have already noted, the storyline/premise is ridiculous and unbelievable, and then, to add insult to injury, the entire series, in each and every episode, consists of ALL of the rather intelligent main characters continually, consistently, and repeatedly making very bad decisions/choices, not once, not twice, but several times per hour, every hour, if not more often. The net result is that the entire story is unbelievable, and also insulting to the intelligence of the viewer.

Next, I was appalled, as well as extremely irritated and annoyed, by the fact that all of the main characters lie all of the time, both to themselves, and to each other. Again, much as I noted above, this is not normal human behavior, nor sane human behavior, but rather, it is a demonstration once again of relatively intelligent characters repeatedly and consistently making very bad choices.

Oh, and it is hardly worth mentioning this fact, since at least 90 percent of my readers will have intuited it from what I have written above, and from what other reviewers have written as well, but ALL of the major characters behave continually in ways that are morally, ethically and spiritually bereft, and all of them are totally lost and extremely disoriented, and they simply stumble through life, making one bad choice after another. In other words, none of the main characters has any kind of sane and stable core to their personality. As a former clinical psychologist, I would wryly point out that this means at the very least, among other things, that each of the main characters (not just Ruby and Billy, the runaway couple), that each of these characters are mentally ill and spiritually ill, and each has less emotional intelligence than a caterpillar.

So, no, this show is not simply "dark", nor "noir" (in fact, I happen to love really dark and noir shows, at least the well-written ones...), but rather it is stupid and unrealistic.
2 people found this helpful
See all reviews
Back to top
Get to Know Us
Make Money with Us
Amazon Payment Products
Let Us Help You
EnglishChoose a language for shopping. United StatesChoose a country/region for shopping.
© 1996-2022, Amazon.com, Inc. or its affiliates