The Runaway Bride (The Bride Ships Book #2) and millions of other books are available for Amazon Kindle. Learn more 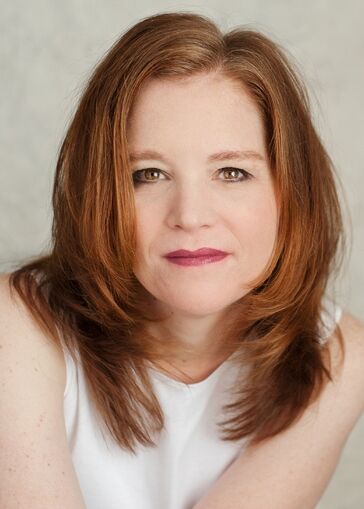 by Jody Hedlund (Author)
4.7 out of 5 stars 425 ratings
Book 2 of 4: The Bride Ships
See all formats and editions
Sorry, there was a problem loading this page. Try again.

Haunted by Mistakes in Her Past, Will She Ever Again
Trust Her Heart to Another?

Wealthy Arabella Lawrence flees to British Columbia on a bride ship, still bearing the scars of past mistakes. One of the few single women in the boomtown, she immediately attracts suitors, but she is determined not to find herself trapped again by making a poor choice.

Vying for her hand are two very different men. Lieutenant Richard Drummond is a gentleman in the Navy, held in high esteem. Peter Kelly is the town's baker who has worked hard to build a thriving business. He and Drummond not only compete for Arabella's affections, but also clash over their views of how the natives should be treated in the midst of a smallpox outbreak.

As Arabella begins to overcome her fears, she discovers someone in dire need--a starving girl left behind by her tribe. Intent on helping the child, Arabella leans on Peter's advice and guidance. Will she have the wisdom to make the right decision, or will seeking what's right cost both her and Peter everything?

"The Runaway Bride is an uplifting and well-crafted second installment in Hedlund's Bride Ships series. Hedlund has a knack for creating unlikely yet alluring matches. . . . Period details, such as relations with local Native Americans and a smallpox epidemic, help immerse readers in the story's 1862 world of cultural, class, and gender injustices. Tender moments of light sensuality infuse this inspirational romance with delectable heat."--Booklist starred review

"The book's inspirational aspect is also evident in the struggles the main characters have had in their past and their path to understanding God's plans for their future. It's not merely a romance, as the tension between the settlers and their Native American neighbors provides plenty of dramatic action. I found this book a real page-turner and look forward to checking out the other books in the series."--Historical Novels Review

Jody Hedlund (www.jodyhedlund.com) is the bestselling author of more than thirty historical novels for both adults and teens, including Come Back to Me, and is the winner of numerous awards, including the Christy, Carol, and Christian Book Awards. Jody lives in Michigan with her husband, busy family, and five spoiled cats. She loves to imagine that she really can visit the past, although she's yet to accomplish the feat, except via the many books she reads.
Start reading The Runaway Bride (The Bride Ships Book #2) on your Kindle in under a minute.

4.7 out of 5 stars
4.7 out of 5
425 global ratings
How are ratings calculated?
To calculate the overall star rating and percentage breakdown by star, we don’t use a simple average. Instead, our system considers things like how recent a review is and if the reviewer bought the item on Amazon. It also analyzes reviews to verify trustworthiness.

Stephanie McCallTop Contributor: Harry Potter
TOP 1000 REVIEWER
4.0 out of 5 stars She Ran to Save Her Life, But Forgot About Her Heart
Reviewed in the United States on March 28, 2020
Verified Purchase
Jody Hedlund returns with a new Bride Ships book, and takes us into the psyche of another type of woman who might have chosen a bride ship voyage--even if she didn't have to and arguably didn't need to. After meeting Arabella Lawrence in The Reluctant Bride, I looked forward to her story and found the results a pleasure to read.

Arabella does a great job presenting the POV of a wealthier bride without coming off snobby, shallow, or overly sheltered. She does admit she has classist attitudes, but here you can tell they are a product of her time and the pressures placed on women of her standing. Inside Arabella lurks a compassionate, hardworking, independent woman screaming to get out, and seeing her make that journey was probably the most gratifying part of the book.

As for hero Pete Kelly, he's not the match I'd have chosen for Arabella--funny, since she feels the same way for much of Runaway Bride. I enjoyed him though, because he is an atypical hero for this type of novel. That is, he's charming and he knows it. He flirts shamelessly and as Arabella says, can be downright arrogant and annoying. But unlike a lot of other annoying characters, Pete is also an endearing man with a good heart, one who manages to be realistically flawed without turning off readers. I did think he was way too forward and cavalier at various points, but he develops mature love for Arabella, and again, watching him grow is a high point.

I also enjoyed the secondary characters and underlying plot. Some people might argue it's not best to read about smallpox during a coronavirus pandemic, but I found some solace there. I enjoyed Haiel-Wat, Kwa-nis, and the other native characters, and was sobered and interested in how they may have been used as biological warfare weapons. Once again, Jody proves she can make historical issues current and find the universal themes within events that happened long ago. Arabella and Pete's emotional and spiritual development as people kept my interest much better than their romance at times.

There are some small-to-medium issues, but most are a matter of preference. For instance, I wanted to see more development of certain plot points, and more character development around those. For instance, Arabella comes to love cake baking, but it's rather sudden, and we rarely see her baking in a scene or nurturing creative ideas. I wanted to see how this woman learned to develop interests that weren't class-based, and how she would make them her own. The presence of Hayward, who by the way is a wonderful secondary character, helped some, but I needed more shading.

The same is true for Pete. His wild past is alluded to several times, but we're not given many specifics as to what caused the rift in his family, other than not wanting to take over Dad's bakehouse (which, okay, but families work through that sort of conflict every day and across centuries). I also felt like Pete's spiritual development was rushed, and frankly, I got kind of tired of seeing him get arrested.

Jody repeats some concepts again and again, especially within introspection (it's made *very* clear, for instance, that Arabella feels uncertain about marrying below her station--because she thinks about it over and over). She also shortchanges or demeans some characters (I hated the character of Blind Billy because he is quite literally defined by blindness and a grouchy personality--very one-note). Because of these issues, maybe Runaway Bride is more a 3.5. However, it's still a solid book and a good addition to the series.

Liz R.
4.0 out of 5 stars A great read
Reviewed in the United States on March 18, 2020
Verified Purchase
With her new Bride Ship series Jody Hedlund has been exploring what would drive women from different walks of life to seek a new, unknown life on the Canadian frontier. Arabella Lawrence is a gentlewoman running from a dangerous situation. When she arrives on Vancouver Island, she must learn to overcome her fears and break away from the expectations of others. The journey from England to Canada is ending as Arabella’s story opens so the focus is now on life in a wilderness town. With Hedlund’s beautiful writing and strong research the town of Victoria really comes alive.

I didn’t connect with Arabella and Pete as much as I did Mercy and Joseph, but I loved how they balanced and strengthened each other. There were strong threads of faith and forgiveness woven into the story as well as some intrigue and the threat of a smallpox epidemic. I’m really looking forward to Pastor Abe’s story in the next book!

You can read The Runaway Bride as a standalone, but I would suggest reading the series in order to get the most out of the story. If you haven’t read anything by Jody Hedlund before you need to check her out ASAP!

I received a copy of this novel from the publisher. All opinions are my own.
Read more
2 people found this helpful
Helpful
Report abuse

I had an ebook copy of this book and I purchased the narration from Audible.

My thoughts about this book:

• A loved the story between a man and a woman from different classes. A wealthy woman that ran away from an arranged marriage and a kind baker.

• I was intrigued by the premise of a bride ship headed to Vancouver.

• I liked the relationship of caring that Peter and Arabella had with each other. I felt it throughout the book. They were people I easily became attached to.

• How much baggage do we carry with us in life? Do we unconsciously drag it along life's pathway hindering our forward progression? These were questions I pondered as I read this book. I like books that make me think.

• The descriptions of locations and emotions were well done and easy to visualize. I felt a part of the scenes.

• The author writes with an easy-to-follow prose that guides the reader without confusion.

• There were some religious overtones in this book, but it was a natural part of the characters' lives. This book was not preachy.

• This story was well edited.

• This was a clean read.

• The narrator did an exceptional job and brought this story to life.

I enjoyed this book very much and I highly recommend it. It is a unique romance and I think you'll enjoy it. I plan to read more books by this author.
Read more
One person found this helpful
Helpful
Report abuse
See all reviews

ginette
5.0 out of 5 stars Finding strength and faith
Reviewed in Canada on January 26, 2021
Verified Purchase
The story of a woman who had suffered much physically and emotionally. She finds courage and strength as she faces new challenges. She finds faith in God and the love of her life.
Read more
Report abuse
See all reviews