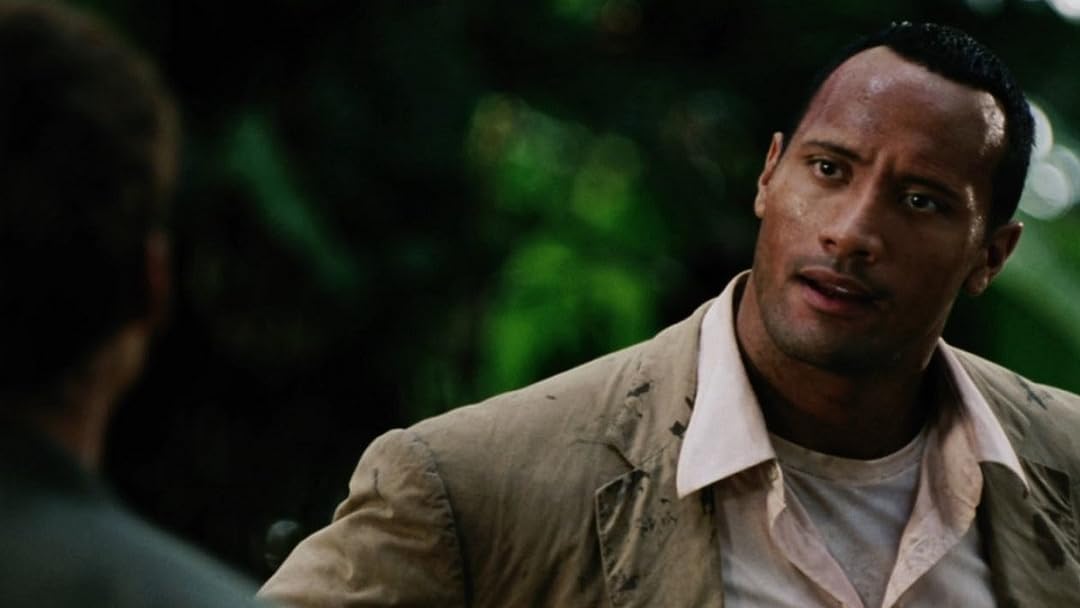 Z. EllisReviewed in the United States on September 27, 2022
4.0 out of 5 stars
Fun movie
Verified purchase
Fun movie. Worth a watch

ChrisReviewed in the United States on August 21, 2022
5.0 out of 5 stars
Great action and comedy
Verified purchase
Just a solid Rock/Sean Williams Scott flick. It's got good action and some comedy. Don't expect anything deep, but my wife and I had a great time watching it.

D. XoXoReviewed in the United States on August 27, 2022
4.0 out of 5 stars
Fun movie
Verified purchase
Just a fun movie.

Matt McGrathReviewed in the United States on August 17, 2022
5.0 out of 5 stars
Funny
Verified purchase
Glad we ordered it

LisaReviewed in the United States on June 12, 2022
4.0 out of 5 stars
Good Movie
Verified purchase
My son and I love Dwayne Johnson. I wanted to watch a movie with him that he'd never seen before, so we rented this. He liked it and while I have watched it before, I still enjoyed watching. They just don't make movies like they used to.

"velurion"Reviewed in the United States on April 24, 2004
4.0 out of 5 stars
Indiana Jones meets Midnight Run
Verified purchase
Well, I for one was pleasantly surprised by this action/adventure flick. Truth be told I like Seann William Scott, Christopher Walken, Ewen Bremner, and Rosario Dawson, who all have roles, but it was The Rock (the films main character), who is surprisingly charming and amusing and - lest I forget - the action star and highlight of this film. Sure, if you were already a fan of his pro wrestling star status, you would buy this DVD anyway, but I only knew him from the recent The Mummy movies, where I wasn't overly impressed with his CGI-assisted Scorpion King character. So really, it was kind of a first meeting for us.
The plot is fairly straightforward: Beck (the Rock) has to find Travis in the Amazon jungles and return him to Los Angeles. It¡¯s like the late 80¡¯s DeNiro movie Midnight Run in this way. Given that it takes place in the Amazon and Travis is seeking an ancient treasure, it also plays a bit like an Indiana Jones instalment.
Christopher Walken plays a bad guy again ¨C no surprise there, and he seems to relish the lines he¡¯s been given. Seann William Scott buffed up for this role, but he retains his smart-ass humour from the American Pie movies, which he is most known for. Rosario Dawson is probably one of the better up-and-comer actresses, and though she looks great and acts well in this, I really was annoyed by her awful attempt at the Brazilian Portuguese accent - sounding a bit Russian, Jamaican, German etc at times. But I¡¯m nitpicking here, right? Ewen Bremner (best known from Trainspotting) is on the other side of the spectrum being (intentionally) fairly difficult to understand with his thick Scottish accent.
Last but not least, The Rock is just oh-so cool and yet he plays his role straight and ¡®real¡¯. Despite the ¡°Rock¡± name, you don¡¯t feel like you¡¯re watching the typical action star (Stallone, Schwarzenegger, Vin Diesel), who is always posing or looking mean with squinty eyes. Rock actually acts a lot more natural than most actors in general; in the DVD commentary he's modest, amusingly self-deprecating, and seems at ease with himself, and those are qualities that are rare in Hollywood, let alone most people you meet. Director Peter Berg¡¯s commentary is only bearable because he has Rock to play against. Berg also oozes a bit too much for Rosario Dawson at times. It¡¯s almost embarrassing to listen to.
Harry Gregson-Williams, who is director Tony Scott¡¯s loyal composer, does the score for The Rundown and it is indeed great, mixing the right amount of energy into what¡¯s required to pace an action movie, but also adding lots of flavour appropriate with the Amazon/Brazil reference.
There are the usual plot holes and at times weird and typically American kind of humour attached to violence (¡°you tried to shoot me¡± ha, ha, ha) as well as the predictable kind of action movie: will-you-choose-to-free-the-slaves-or-get-rich? life altering decisions to make¡­like we can¡¯t guess the ending. The running joke ¡°Option A, Option B¡± is also used one too many times for my liking.
However, for an action/adventure movie, The Rundown is really funny and mostly well-acted. It also sounds and looks good ¨C visually ¨C and most of the effects and stunts are fun to see. The DVD extras aren't exhaustive, but The Rock and cast look like they had fun on the shoot. I¡¯ve watched this DVD a few times now, and it just feels like a different take on a common theme, and a lot of that comes down to the play between the Beck and Travis characters (Rock & Sean). Good fun.

Movies Are CinemaReviewed in the United States on April 6, 2022
4.0 out of 5 stars
Solid Action Film
Verified purchase
Plent of twists and turns in this flick. Very entertaining and Dwayne Johnson is engaging throughout this effort. Sean William Scott is fun to watch, then add in Rosario Dawson and Christopher Walken and you have a killer cast. This is a fun, funny action flick. Get it. Now.

joel wingReviewed in the United States on June 15, 2020
4.0 out of 5 stars
Better than expected action comedy w/Dwayne Johnson's 1st substantive role
Verified purchase
The Rundown was a comedy action flick featuring Dwayne Johnson in just his fourth film. It was one of his first substantial roles where he actually got to act and say lines. He played Beck an enforcer for a bookie. His was sent by his boss to Brazil to find his delinquent son Travis (Seann William Scott), and bring him home. In the process Beck gets caught in the middle of struggle against an exploitative mining operation run by Cornelius Hatcher (Christopher Walken). Mariana (Rosario Dawson) is one of the leaders of the resistance.

Johnson really got to show his stuff both physically in fight scenes and acting with the comedy. Walken was his usual outstanding self. He was an eccentric businessman playing dictator over the hundreds of people under his employment. Scott played the smart ass. Both find a conscience when they confront Mariana’s struggle. That provided for a fun movie that was better than expected.
C
5 people found this helpful
See all reviews
Back to top
Get to Know Us
Make Money with Us
Amazon Payment Products
Let Us Help You
EnglishChoose a language for shopping. United StatesChoose a country/region for shopping.
© 1996-2022, Amazon.com, Inc. or its affiliates