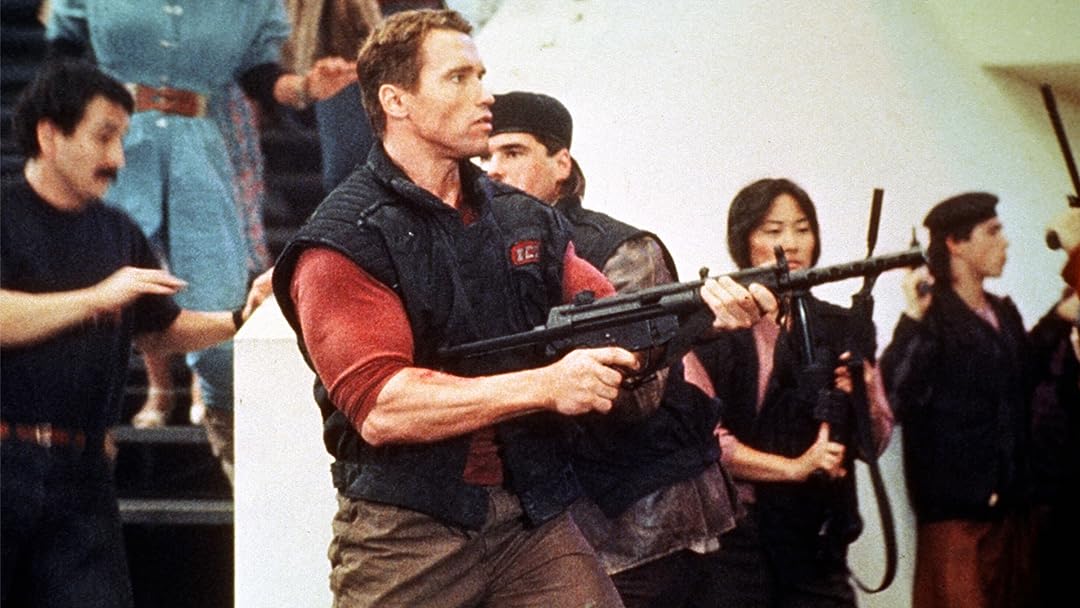 (4,828)
6.61 h 40 min1987X-RayHDRUHDR
HD. Arnold Schwarzenegger battles to survive on a futuristic game show in which contestants are hunted to the death by vicious stalkers.

c1nn1cReviewed in the United States on September 5, 2022
4.0 out of 5 stars
I paid for a thing, and it was delivered.
Verified purchase
on time, as described.

CandymanReviewed in the United States on August 25, 2022
5.0 out of 5 stars
Great ideal
Verified purchase
We should have something like this.

the discordianReviewed in the United States on July 29, 2022
5.0 out of 5 stars
better than the reviews
Verified purchase
Stephen King wrote this story and I do recommend it!!!!

nickReviewed in the United States on July 22, 2022
5.0 out of 5 stars
thanks
Verified purchase
thanks

uncle touchuReviewed in the United States on May 26, 2019
4.0 out of 5 stars
it's not really how 2017 wound up but
Verified purchase
naw 2017 wound up with more deceitful and passive aggressive tactics from lawmakers to remove freedoms and rights using media as a tool to manipulate the masses similar to the lies told in the movie about the main character. the forceful stasi has yet to be implemented since the right to bear arms is still in effect. they can't control you completely until they can execute you without resistance.
the concentration camp prisons aren't quite established just yet in 2019. convicts in 2019 get better health care and cable services than the unemployed, mediocre, tax-burden-of-a-citizen who lives in their mothers basement chanting "socialism works!"
the Running Man shows dancers haircuts and outfits were also time traveled back to the early 80s which was also when hair spray was not yet clarified as an ozone layer depletion cause.
the masses are letting bartenders and enemies of the state become public officials who in turn, immediately turn into power hungry elitists and sway entire classes of children (thru their hippie teacher's advice) to tell a 900 year old senator that they must do "something" to stop global climate change, yet they don't have any idea of what this something is. the representatives squabble for years and waste millions upon millions of taxpayers money on their simple hatred over a president because he is upsetting their global domination plans and casting light on their evil ways. the public still believes these representatives are good people and ignore the facts these same reps haven't really done much in the their 50 years in office. on the other card, a presidential candidate who is obviously perverse, claims, after 50 years in service to the people, NOW he will do something as president and the masses cheer because they simply hate the current president who has years of track records of popularity and becomes so hated because the media portrays him in a certain way. media controlled by the elitists to indoctrinate you to their side...
i figure 50 more years of denying these archaic politicians are all liars and "bad people" before the Running Man becomes a real show, and i will be dead by then, so who cares? it's a movie from cocaine fueled minds of the 80s.
maria conchita alonsovarquez-whatever was always a terrible actress, so that was on point

Amazon CustomerReviewed in the United States on June 29, 2022
5.0 out of 5 stars
very differnt
Verified purchase
not the best arnold swarts movie humurous though

Chris Sauce1977Reviewed in the United States on November 25, 2011
4.0 out of 5 stars
No-Frills HD Transfer of a Popcorn Action Film
Verified purchase
[[ASIN:B002XUBDZ6 The Running Man [Blu-ray]]] played exactly as advertised. This is a crisp HD transfer of one of Arnold Schwarzenegger's 1980s action films.

The Running Man is a story of a society run amok with power - a simplified Orwellian nightmare on a b-movie scale, one with fascist controls over the population, plenty of propaganda, fabrication and manipulation of news, and a #1 TV show where convicts are publicly forced to combat gladiators for a chance at freedom.

Schwarzenegger plays Ben Richards, a former government agent turned convict who ends up on "The Running Man," TV show, fighting for his life against his would-be executioners. The acting is clearly b-movie grade, but beyond watching Arnold Schwarzenegger in his prime, the secondary highlight is watching Richard Dawson play Killian, the host of the show. Dawson lends his experience from over 25 years of game shows and talk shows to provide a slightly darker side of himself, a character that has no problem with making sport of man's life.

The film itself is presented in 7.1 DTS-HD, and this blu-ray version looks and sounds better than anything I've ever previously experienced. Included in audio options are 2 different commentaries. One features director Paul Michael Glaser and producer Tim Zinnemann. The other is by the film's executive producer, Rob Cohen.

In the Special Features section, this blu-ray contains the theatrical trailer and 2 documentaries.

One is a documentary short titled "Lockdown on Main Street: Civil Liberties Post 9/11." It's a somewhat biased look at the USA PATRIOT Act of 2001. The documentary is concerned with just how far the US government could go with PATRIOT, based on the loose scope and resulting broad power contained within that law.

The other documentary is "Game Theory: An Examination of Reality TV." This documentary examines the intricacies of reality television and how the shows manipulate the reality they purport to portray. It also addresses the growing amount of surveillance cameras in daily life, and in a slightly-biased point of view, they play up the concern for peoples' liberty associated with these new potential intrusions.

Comparatively, this is a no-frills blu-ray release. The audio commentaries are nice, but the special features section is sparse when stacked up against your average popular film's blu-ray release. There are no deleted scenes, nor is there a still gallery with lobby cards and other memorabilia. 2 mediocre documentaries and a theatrical trailer is all you get for extras.

Anyone who is a fan of Arnold Schwarzenegger films, however, should be completely satisfied with this product.

YossarianReviewed in the United States on August 5, 2003
4.0 out of 5 stars
Captain Freedom to Wardrobe... Captain Freedom to Wardrobe..
Verified purchase
The Running Man is a film based on a surprisingly good short story by Stephen King. King's tale, a sort of beefed-up '1984', has a man on the run not only from the law, but from a repressive society at large. It's gritty, gruesome, and so different from the film as to be nearly unrecognizable.
The film itself is quite good, although it should be noted from the onset that it has a lot of truly agonizing mid-1980s styles and mannerisms. Some seem almost farcical, such as the earrings and female hairstyles, but if you can look beyond them you'll likely enjoy this film. In a nutshell, good ol' Arnie plays a cop (really a special police trooper) who refuses to fire on unarmed food rioters and is arrested. Society has been transformed into a totalitarian nightmare where the masses are controlled through the media and spoon-fed various gameshows such as 'Climbing for Dollars' where people try to avoid attack dogs and earn cash prizes, and of course the most popular, the Running Man. The Running Man itself is a gameshow in which fugitives are released into 200 square blocks (the "game zone") of burnt out LA and then chased around by stalkers as a live studio audience watches. You can probably see where this is going.
Long story short, of course Arnie and his buddies end up in The Running Man show and are chased around by some colorful and entertaining stalkers. The film does a fairly good job of playing around with the underlying social commentaries of facism and media control (Robocop actually does a better job, and there are similar tongue-in-cheek remarks made in Starship Troopers). Stalkers are picked to chase our heroes by housewives who like them "big and cuddly," audience members are chosen a la The Price is Right to win extra prizes including "The Running Man Home Version" board game, and as Arnie smashes, bludgeons, mauls, and one-liners his way through the various stalkers sent to kill him, he gradually wins over the crowd, and manages to roll back the media control gripping the masses.
The film isn't nearly as gritty as the novel, and often seems downright cartoonish, with stalkers effectively interchangeable with modern professional wrestlers (in a few cases literally, such as Jesse "Captain Freedom" Ventura, who does a hilarious turn as a retired champion tapped to do away with vexatious Ahnold and who refuses to wear pastic robot armor for the home audience). All in all the film is a guilty pleasure with its endlessly entertaining one-liners and is about on par with Total Recall for its production values. As Arnold pictures go, I think it loses out to classics such as Conan the Barbarian or Predator, but still deserves a place in your DVD library.
6 people found this helpful
See all reviews
Back to top
Get to Know Us
Make Money with Us
Amazon Payment Products
Let Us Help You
EnglishChoose a language for shopping. United StatesChoose a country/region for shopping.
© 1996-2022, Amazon.com, Inc. or its affiliates