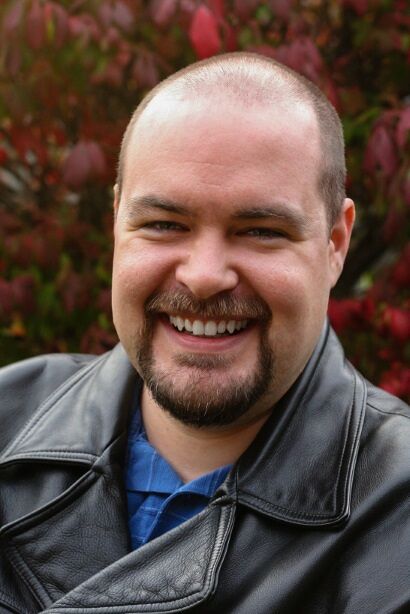 Ryan Toxopeus, award winning writer, has finished the Empire's Foundation fantasy trilogy. His first award was received in university, when he entered a short story contest with a work of fiction that chronicled a Dutch resistance fighter in World War II, who was captured by the Nazis and put in a concentration camp. The story took first place, much to the surprise of the judges who said they were not used to seeing that quality of writing, especially from an engineering student. Although he loved writing, his schooling took him elsewhere, and he did not start writing seriously again until after the birth of his daughter. Since then, Ryan has published three novels (A Noble's Quest, A Wizard's Gambit, A Hero's Birth), two novellas (Demon Invasion, Dangers of Tensire), and several short stories both related to his larger fantasy world, and stand alone stories including Macimanito Môswa which won Honourable Mention in the L. Ron Hubbard Writers of the Future contest.

While writing, he keeps the mantra, "If I'm bored writing it, readers will be bored reading it," in mind. Thus his focus is on fast-paced action and intrigue. His world and plots are rich and complex, keeping readers guessing right until the end.

He lives in Canada with his children. He also works on creating games related to his writing. 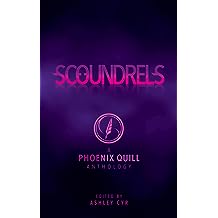 Scoundrels: A TPQ Anthology (Bushmead Archetypes Book 3) Oct 30, 2017
by Ashley Cyr, Ryan Toxopeus, Linda G. Hill, John Ryers, Tiffany Woodbeck, Drew Carmody, Laura Johnson, Isa McLaren, P. A. Cornell
( 1 )
$3.99
The Han Solo to Luke Skywalker or the Moriarty to Sherlock Holmes. The White Witch of Narnia or the pig Napoleon. Carmilla or Loki or Black Mariah. There's more than can be listed, and and all too often, we fall in love with them: Scoundrels.

Whether they’re villains or rogues, merciless killers, or thieves with codes of honour, so often, they steal the show. The tight-laced lead plays the straight man or woman to their jokes and schemes.

Included in this anthology are stories about thieves with hearts of gold, and adventurers who aren't so noble.
Read more
Other Formats: Paperback 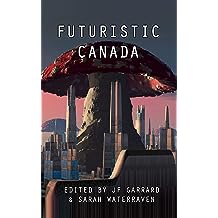 Futuristic Canada Jun 26, 2019
by JF Garrard, Sarah WaterRaven
( 1 )
$3.99
Canada is a land known for polite people and poutine, but don’t be fooled. Canada is as diverse as is it vast. From an apocalyptic future to genetically designed children gone bad, from librarians trained in the martial arts to sentient bookshops using spell books to increase sales; this collection of speculative fiction was inspired by the cities, wilderness, and rich cultural diversity which makes Canada great. Sit back, relax, and get your alien-blaster ready, as you experience a Futuristic Canada.

Whoever said Canlit was boring‽ 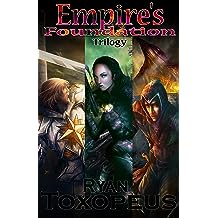 Empire's Foundation trilogy May 29, 2018
by Ryan Toxopeus, Harvey Bunda, J.M. Hilton
$9.99
Read A Noble's Quest (Toxopeus' debut fantasy novel), A Wizard's Gambit, and A Hero's Birth all in one e-book!

Follow Thomas and Sarentha from their beginnings as fugitive lumberjacks right up until they become heroes of legend! Eliza grows as a leader throughout the series, making the difficult choices both for herself and her people.

They must overcome all manner of threats, from overt strikes from monsters, to insidious illnesses, to interpersonal differences that threaten to tear their empire apart from within.

The series focuses on keeping a fast pace, with lots of action and intrigue throughout. The three individual books are all well-rated on Amazon and Goodreads (4 to 4.5+ stars) with readers saying the books just get better and better, the deeper you get into the series.
Read more 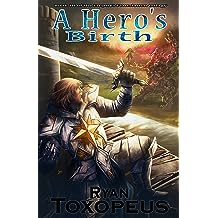 A Hero's Birth (Empire's Foundation Book 3) Jan 20, 2018
by Ryan Toxopeus, Harvey Bunda, J.M. Hilton, Karen Conlin
( 3 )
$5.99
After more than four months abroad, Eliza, Thomas, and Sarentha return home in the face of dire warnings and sweeping changes in the empire. They go their separate ways to reflect on their lives and look for ways to move forward. New allies and enemies emerge, and grave challenges face the up-and-coming heroes. They will need to come together, combining their wits and strengths, to overcome ancient foes. In the balance is the world of Illuma: will it enter an age of light, or will it plunge into everlasting darkness, ruled by demons and the undead?
Read more
Other Formats: Paperback 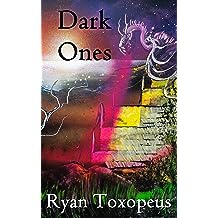 Dark Ones Jul 12, 2017
by Ryan Toxopeus, Nathan Salmon, Karen Conlin
$0.99
Eshe's peaceful meditation is disturbed by a barbarian raiding party. While raids on the outlying farmlands are not an uncommon occurrence, this attack holds dangerous surprises. Can Eshe and the order of monks protect the city of Bisoro against these new threats?
Read more 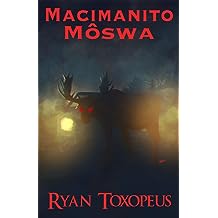 Macimanito Môswa Oct 31, 2016
by Ryan Toxopeus, Harvey Bunda, J.M. Hilton, Karen Conlin
( 2 )
$0.99
Hannah, a suburbanite mother of two, runs afoul of a demon-possessed moose on her drive through the wilds of Northwestern Ontario.

The second story was added in 2019, with plans to continue the series.
Read more 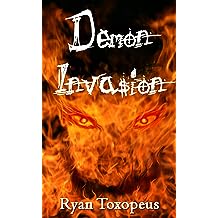 Demon Invasion Jun 4, 2016
by Ryan Toxopeus, Harvey Bunda, J.M. Hilton
( 4 )
$2.99
The demon lord Zeracth has a plan to take an army to the world of Illuma. However, his spawn Glezxnodin has his own plans to save his people and create a demon nation.

Illuma at first appears ripe for the taking, but the world has changed since the demons fled ages ago and many new challenges await them.

There is a glossary at the back with pronunciations for demon names.
Read more
Other Formats: Paperback 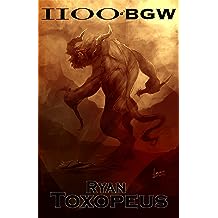 Amurtag and her fellow minotaur farmers are called away from the harvest by the priests. Margaff, their new chief, is making a play for power over all the minotaur tribes using a secret weapon. But when Amurtag questions him publicly, he shares his vision for the future. The question is, will everyone stand by and allow him to take control?
Read more 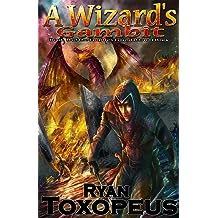 A Wizard's Gambit (Empire's Foundation Book 2) Apr 5, 2015
by Ryan Toxopeus, Harvey Bunda, J.M. Hilton, R.J. Blain
( 5 )
$4.99
Thomas, Sarentha, and Eliza will learn that peace never lasts. After fighting for their freedom, wicked forces beyond the Tamorran Empire's borders rise against them. Tamor's king falters when threats of genocide and an undead plague arise. The would-be heroes must fill new roles of responsibility and power to hold Tamor together.
When more menaces emerge, each darker than the last, their adventure spans the entire continent. Thomas, Sarentha, and Eliza must make difficult choices and face their darkest fears to uncover their lost history by reviving long-dead wizards. Only by illuminating the past will they be able to step into the future.
One misstep could lead to their undoing.
Read more
Other Formats: Paperback 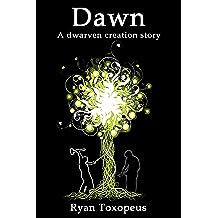 The universe was created through conflicting forces of light and dark, and so it continues. War has ravaged Illuma throughout its history, and this collection of short stories gives readers a sneak peek at four pivotal moments.

If you enjoy the fast paced style, fantastic settings, and broad scope of these stories, look up my first novel in the Empire's Foundation trilogy, A Noble's Quest. It is available online in e-book format from the same site you found this anthology, or in paper back from createspace.

The sequel, A Wizard's Gambit, will be available early 2015.
Read more 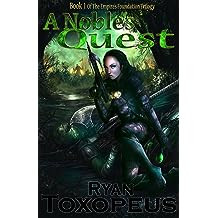 A Noble's Quest (The Empire's Foundation Book 1) Dec 17, 2013
by Ryan Toxopeus, Harvey Bunda
( 15 )
$3.99
What would you do if you were surviving on stale bread and water and were offered a feast? All it would cost you is your unquestioning aid. Thomas and Sarentha, two fugitive lumberjacks, find themselves in this exact position when a mysterious nobleman offers them more money than they ever dreamed possible. Teaming up with the nobleman’s spirited niece, Eliza, they travel around the Tamorran Empire and beyond. Through their adventures they learn that the world is far larger and more magical than they could have imagined. At the heart of it all is the reason for the nobleman’s secrecy: a terrifying truth, lost to time.
Read more
Other Formats: Paperback