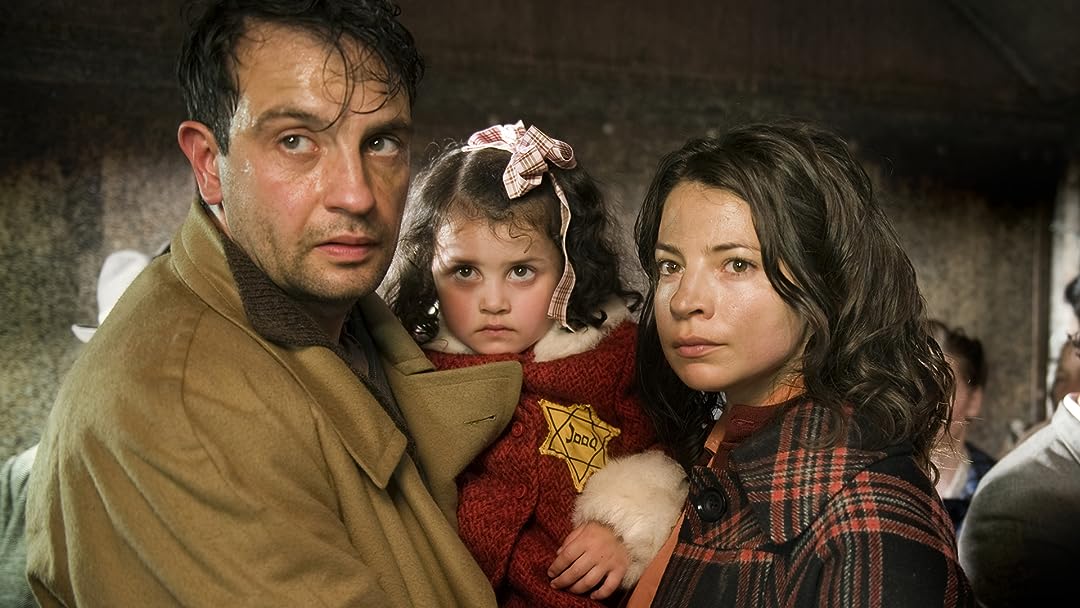 (40)1 h 57 min201213+
During WWII, a member of the Jewish Council of Amsterdam finds a way to spare children from deportation to the death camps. Dutch film with English subtitles.

NiCKANdERiKA420Reviewed in the United States on September 27, 2017
5.0 out of 5 stars
Süskind, Definite 5 stars, must watch drama, w/great acting, very informative about lives of the Judenrat during the Holocaust.
Verified purchase
I enjoyed this movie very much. If you are interested in WWII or Jewish Holocaust, this is a must see for you. It helped me to understand, from a different prospective, the inside lives and different attitudes of each member serving on the Judenrat or "Jewish Council".

Amazon: All of the reviews are positive for this movie, having been given 5 stars, except for one review-which is the only one that gave 1 star. Please read the comments of that review. It is very inappropriate, with lots of insults, name calling, berating, and it doesn't pertain to this movies comment section in the least bit. Please remove that comment from this movies reviews. The 'title' of the review I am referring to is: 'Rise above the filth that follywood is known for'.

bossaboyReviewed in the United States on February 17, 2019
3.0 out of 5 stars
I finally realized something while watching this.
Verified purchase
I realized that I live in a world in which it is both permitted and encouraged to feel compassion for the Jewish people who suffered in this movie, and the literally dozens of other movies about the Holocaust I've watched, and been moved to tear viewing. But that it is not permitted or encouraged that I feel compassion for Palestinians who are suffering today, or Libyans, or Syrians, or Nicaraguans, or Rwandans or any of the other peoples around the planet that are targets of American or Israeli or Western violence , repression and murder. Of course I knew this intellectually, but during this movie it hit me viscerally and unmercifully in the clear utter and completely ugly hypocrisy of it all.
15 people found this helpful

MichaelReviewed in the United States on September 28, 2018
5.0 out of 5 stars
Brilliant film about Netherlands during Nazi occupation. True Story
Verified purchase
The main character is liken to a Schindler. He saved may Jewish children .
But sadly, he died by the hands of Nazis.
SIDE NOTE: In college I had a Dutch Professor that was in a Nazi work camp during the war.
He told us a few stories. He told us many times how much he loves America.
He always seemed to have a sadness in his eyes.
15 people found this helpful

Mary B.Reviewed in the United States on April 27, 2019
4.0 out of 5 stars
Dedicated to All Those Still Beinging Humiliated and Persecuted Today
Verified purchase
So very sad yet uplifting. A film about a man who managed to save up to 1,000 people - mostly children - from being exterminated by the Nazis. I am glad there are films made about those who did their best to stop at least some individuals from being killed by Hitler's henchmen. Saving even 1 person constitutes an act of bravery since the penalty for being caught was death. Least we forget . . . & sadly the public memory is very, very short lived. Well with watching. I only gave the movie 4 stars because (& I do understand why) most of these recent films do not portray the harsh realities of what the people in the ghettos & the concentration camps went through. Not since the 1978 mini series Holocaust (with the exception perhaps of Schindler's List) has there been a realistic depiction of what starvation did to those who suffered.
5 people found this helpful

RescuepetsruleReviewed in the United States on September 17, 2020
5.0 out of 5 stars
Powerful drama
Verified purchase
Suskind is a powerful tale of sacrifice by a man that was willing to risk everything to save people. Most of the Dutch people were afraid or apathetic, but the ones who did help, like Corrie Ten Boom, were true heroes. How sad that none of the Suskinds lived. As for those Diamonds, I suspect that may of the finest stones are in Germany, being handed down or sold. As an amateur Gemologist, I can tell you that the Jewish craftsman in Amsterdam cut the finest stones in the Amsterdam Diamond District, gems that make the filthy Diamonds so prevalent in the USA look like junk. Have a Jeweler loan you his loop and see for yourself, most have so many inclusions they are only fit to be used on the drill bits used to dig for Oil. The Germans were well aware of this, so the German Commandant knew that what Suskind had was worth risking his job if Suskind had simply disappeared. I hope he was killed or at least arrested before he could profit from them. It seems surreal today that a child's life could be bought for a stone, no matter how rare it was. I admit I get impatient waiting for The Lord's justice, but it happen to all who killed and abused innocents in WWII, if not in this life in eternity. SALUTE Suskind and thank you Amazon for offering the finest collection of war era films ever!
2 people found this helpful

FrancescaReviewed in the United States on October 28, 2017
5.0 out of 5 stars
Well Done.
Verified purchase
An excellent movie about heroes who take a stand against the psychotic nazis. Walter Suskind orchestrated the rescue of approximately 600 -- 1,000 children, (and some adults). The movie is rich with emotion without being maudlin. The depth of the richness exists in facial expressions, and other nonverbal cues. This is a fine film worthy of watching more than once.
10 people found this helpful