The Outsider: A Novel and millions of other books are available for Amazon Kindle. Learn more
Share <Embed> 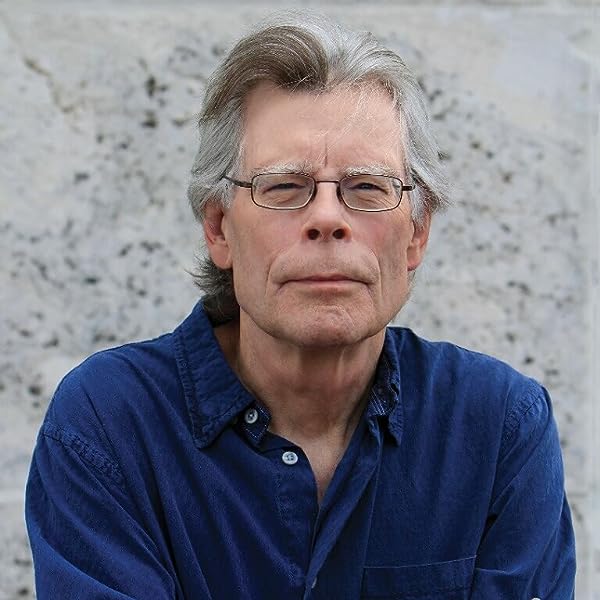 by Stephen King (based on a book by) (Author), Glenn Chadbourne (Illustrator)
4.6 out of 5 stars 21,876 ratings
Editors' pick Best Mystery, Thriller & Suspense
See all formats and editions
Sorry, there was a problem loading this page. Try again.

Page 1 of 1 Start overPage 1 of 1
Previous page
Next page
Start reading The Outsider: A Novel on your Kindle in under a minute.

4.6 out of 5 stars
4.6 out of 5
21,876 global ratings
How are ratings calculated?
To calculate the overall star rating and percentage breakdown by star, we don’t use a simple average. Instead, our system considers things like how recent a review is and if the reviewer bought the item on Amazon. It also analyzes reviews to verify trustworthiness.

Rebecca Harn
1.0 out of 5 stars Sexual violence/murder in detail towards a child in the first 14 pages.
Reviewed in the United States on September 11, 2018
Verified Purchase
This book should have come with a trigger warning. I understand that it is a crime/supernatural novel but no where in the preview of the book did it mention murder, molestation, rape and sexual violence towards a child. Wish I would have known about that before spending money on this.
Read more
482 people found this helpful
Helpful
Report abuse

Paco
1.0 out of 5 stars Too many plot holes
Reviewed in the United States on November 1, 2018
Verified Purchase
To be honest, I couldn't finish this book. It had some plot holes, and some of the political stuff was so clumsily delivered that it jarred me out of the story.

Yes, I know Stephen King is a raging SJW, but he has written some great stories, so I typically don't mind his politics. I'm not a political person, so I could care less. Some things are better delivered with nuance, rather than a sledgehammer.

One of the witnesses, Willow Rainwater (the name is a glaring stereotype, and I can't take it seriously), seems like a carbon copy of Annie WIlkes - minus the cockadoodie. She is disagreeable with the cops, and no motive is given. The way her interview is conducted is just unbelievable. She's telling a story and cops can't interrupt? Since when is that normal?

Later in the story, there is a discussion between the DA and a cop, and one of them says that Willow Rainwater is not a reliable witness to use on the stand, because their fellow townsfolk still don't take too kindly to Native Americans. WTF? This is a contemporary story, not a pre-civil rights era story. Race is NOT a factor here.

The young boy was sodomized with a tree branch. It was done with such force that bark was stripped from the branch and a bloody hand print was left behind. However, the police never check the hands of their suspect for injuries. It never dawns on them. In the real world, that's one of the first things they'd do.

There are other examples of plot holes, and silly SJW nonsense, but I think this is sufficient.

To be honest, I think King is getting too old to keep up with the details, and he has gone off the rails politically. There is no nuance to his introduction of political views into his storytelling, which he used to be able to do. Americans are so trapped in politics that they can no longer relate to one another, and they don't know how to relax and have a good time. People read fiction for fun, not to be bludgeoned with clumsily delivered politics.

Stephen King wrote good stories when he wasn't obsessed with Twitter and could keep track of details. That's just no longer the case. It was a good run while it lasted. I am no longer a constant reader. Well, there's always the back catalog to revisit.

This is more in the Mr. Mercedes universe than the old Derry/Castle Rock/Things that go bump in the night universe of old. It starts out being a perplexing murder mystery, and it's not until later in the story that supernatural elements start creeping in. By that time, though, you're so involved in the story that the supernatural elements seem plausible...and then they start making sense. As the book quotes, Arthur Conan Doyle (via Sherlock Holmes) said "Once you eliminate the impossible, whatever remains, no matter how improbable, must be the truth." King manages to eliminate the impossible, slowly yet surely.

I've started measuring how good I think a mystery/horror book is by how tense I get when I read it. I was extremely tense reading this one, wondering just what the solution was going to be.

I highly recommend this for anyone who enjoyed the Mr. Mercedes trilogy, or 11/22/63.
Read more
880 people found this helpful
Helpful
Report abuse

Carolyn Zint
5.0 out of 5 stars Must call in sick
Reviewed in the United States on May 23, 2018
Verified Purchase
Damn you, Stephen King, Damn you to Hell! I had no sleep, the battery died on my Kindle, and my dog discovered me crouched in a corner gibbering like a mad monkey. The horror. The madness. Thank you, the one and only King, for giving me night terrors once again. Now, where's the coffee...
Read more
1,071 people found this helpful
Helpful
Report abuse

read_read_read
5.0 out of 5 stars Vintage Stephen King
Reviewed in the United States on May 23, 2018
Verified Purchase
I loved this book! It’s always a sign of a good book when I can’t predict the plot. This book had me on the edge of my seat and made me feel a range of emotions from anger, sadness, and joy. I don’t like to include spoilers, so I won’t. This book was more old school Stephen King to me, and I liked that.
Read more
345 people found this helpful
Helpful
Report abuse
See all reviews

MR T STRETTON
5.0 out of 5 stars On word..... Excellent.
Reviewed in the United Kingdom on June 6, 2018
Verified Purchase
I'm not sure how Stephen King keeps on doing it. For over 40 years now he's managed to keep the shocks coming whilst always moving with the times and writing in such an excellently descriptive way that we as the reader feel as though we are going along for the ride with his always colourful and diverse group of characters.

The Outsider once again fits in with all of the above as Detective Ralph Anderson sets out to solve a sickening crime, for which he has a suspect, sports coach Terry Maitland, in custody for along with his fingerprints and DNA at the crime scene as well as a long list of eyewitnesses placing Maitland at the scene. The only problem is there is also proof Maitland was elsewhere at the time of the crime.

Stephen King then takes us on another one of those journeys that only he can as the story unfolds piece by piece before all the said pieces tie together beautifully at the end.

I thoroughly enjoyed reading The Outsider and if I could give any other prospective readers of this book a bit of advice it would be to savour every last page and place yourself in the story at all times. Do not rush any part of it. 5 stars!!
Read more
90 people found this helpful
Report abuse

Patrick Troy
1.0 out of 5 stars Unadulterated rubbish.
Reviewed in the United Kingdom on August 22, 2018
Verified Purchase
I have written this review with 13 % to go on my kindle,.The first half was great ,but after that it just became boring rubbish.None of the characters would leave a lasting impression.I might finish this book in a year or two but I doubt as I really don't care what happened.Pure waste of money ,in future I will read the one star reviews as they seem more honest.
Read more
67 people found this helpful
Report abuse

Mr. John Fletcher
1.0 out of 5 stars A generic “horror” novel that should be avoided.
Reviewed in the United Kingdom on September 18, 2018
Verified Purchase
Oh dear. It started so promisingly, pulling you in as to how the accused could be in two places at once. Half way in I was thinking, “I really hope this doesn’t turn out the way it appears to be going...” But, alas, it did. The book was so bad I really don’t think Stephen King actually wrote it. A truly awful book, predicatable plot and ending.
Read more
63 people found this helpful
Report abuse

A. Kernaghan
1.0 out of 5 stars Dull Stuff from the Ex-Master
Reviewed in the United Kingdom on November 21, 2018
Verified Purchase
This is dull stuff - despite what other reviewers say. There is hardly an original thought in it. It's more a police proceedural novel than anything else, and, after the first few chapters, not very interesting for that. Stuck for a climax, King has the bad cop shooting at the good cops. And then (spoiler alert) they take down the 'evil one' by bashing him over the head. Deep stuff! King has been off his game for a long time now. This does nothing to put him back on track.
Read more
51 people found this helpful
Report abuse

L. Law
5.0 out of 5 stars A great involved read
Reviewed in the United Kingdom on August 2, 2018
Verified Purchase
I haven't bought or read a Stephen King book in quite a long time but have read many in the past. I bought this to read on holiday, with a few others but actually it took me most of the holiday to read this. The writing, as you'd expect, was nothing short of brilliant. I won't spoil for others but the character build up and attention to detail was fantastic, the storyline was intriguing and kept me guessing for a long long time. With the turns in the story I found myself rooting for characters and then equally loathing them in a space of a few chapters. The ending was fantastic and I'm sure there could be more stories off the back of this one....? I would highly recommend, maybe not a light easy read for the beach but certainly worthwhile and memorable. I have already recommended to a number of friends and will be looking for more Stephen King books as soon as I've cleared the holiday book backlog.
Read more
42 people found this helpful
Report abuse
See all reviews
Back to top
Get to Know Us
Make Money with Us
Amazon Payment Products
Let Us Help You
EnglishChoose a language for shopping. United StatesChoose a country/region for shopping.
© 1996-2022, Amazon.com, Inc. or its affiliates