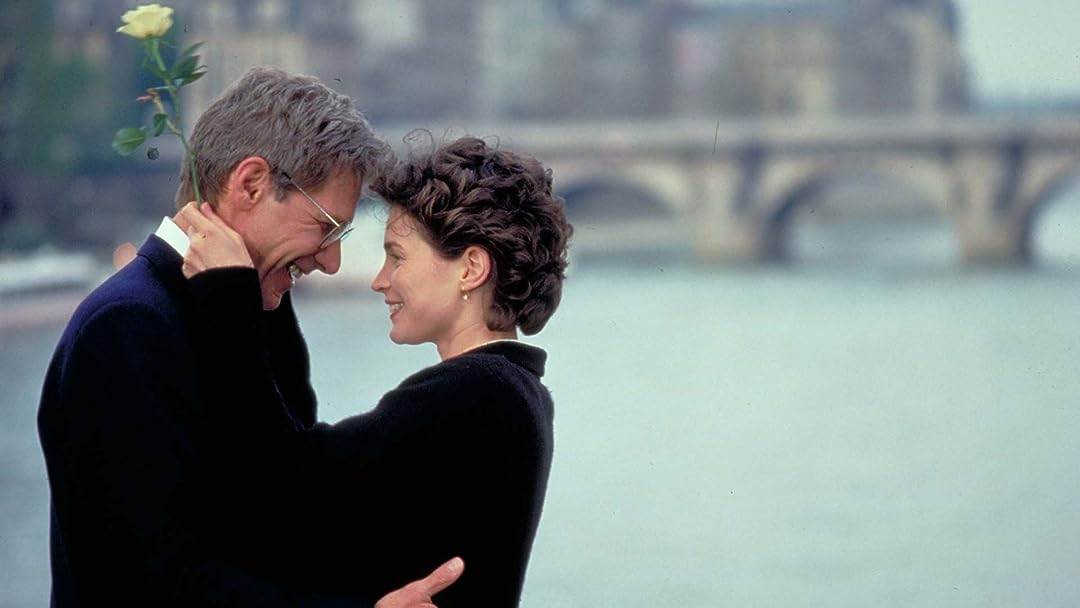 (4,173)
6.32 h 7 min1995X-RayPG
Sabrina has grown up enchanted from afar with the Larrabees' sparkling world of privilege and wealth, but she's especially enamored of younger Larrabee brother David (Greg Kinnear), a charming womanizer.

David E. BaldwinReviewed in the United States on January 11, 2018
4.0 out of 5 stars
Old Fashioned Romance a Near Success
Verified purchase
There were great things expected of Julia Ormond circa 1994-95 with this film as well as "Legends of the Fall" in which she co-starred with Brad Pitt. Because both films either underperformed or were met with mixed critical reaction Ormond's career kind of fizzled which is kind of a shame. She is quite good here assaying the transformation from ugly duckling to elegant swan quite convincingly. This is also a departure of sorts for Harrison Ford playing the uptight erect business tycoon who allows his heart to be stolen by the upstart chauffeur's daughter. The chemistry between the two is indelible and palpable. I also liked Greg Kinnear in his screen debut as Ford's ne'er-do-well younger brother. Kinnear was previously best known as the host of the E! Channel's "Talk Soup". "Sabrina" is a throwback because it is an adult film in the strictest sense of the term. There is zero on-screen sex or nudity and I couldn't recall a single swear word. The film derives its romanticism by the simple art of conversation. I don't assign this film the full five star treatment because it kind of meanders before arriving at its inevitable conclusion. I would have trimmed possibly fifteen or twenty minutes from the film's 127 minute running time to relieve the occasional tedium. Regardless, a nice film for those lamenting the loss of honest-to-goodness love stories in this day and age.
67 people found this helpful

Old Movie WatcherReviewed in the United States on August 28, 2019
4.0 out of 5 stars
Better than the original?
Verified purchase
Well, when this first came out, I said "I hate remakes", as I grew up with Bogart playing Linus and lovely A. Hepburn playing the title role. Well, one night on Netflix, I had nothing else to watch on the tube, and I do like Harrison Ford, so what the heck! It took me a little while to adjust to a movie that didn't quite follow the plot of the original, but once I got into it, I LIKED it! In fact, unlike the original, I bought this DVD and have watched it several times. For once, unlike with so many remakes, I can honestly say that I like THIS one better than the original. In fact, I've come to realize how terribly wrong-cast was Bogart for the role of Linus, and how well Ford handles the role. Love a good mature romance!
34 people found this helpful

HubbieOReviewed in the United States on November 3, 2020
5.0 out of 5 stars
A remake better than the original in many ways
Verified purchase
I had always liked the original Audrey Hepburn version, but I think I like the remake quite a bit better. It is updated to be relatable today and they did a great job. I've watched this many times and it's still enjoyable every time. The script is witty. Harrison Ford is a better fit than Humphrey Bogart. While she is not Audrey Hepburn, Julia Ormond is luminous in this movie. As David says, she is dazzling. I think her performance is what really makes this movie. Her soft voice, and the blend of sophistication and innocence, make it easy to understand why both brothers were smitten. Her portrayal of joy and heartbreak in Linus' office is so touching. I think her performance in Sabrina is so much better than her other big movies during this period of her career, Legends of the Fall and First Knight.

You can always find things to criticize in any movie and Sabrina is no exception. I think the opening scenes in Paris could have been better, but I think they are better than the original. Sabrina is a really good movie and one of the few that I can watch over and over. And the soundtrack is really good too.

Cookie, Olive, Sadie, StellaReviewed in the United States on February 12, 2018
5.0 out of 5 stars
Wonderful movie
Verified purchase
My all time favorite movie ---- can't say enough good things about it --- Julia Ormond was a perfect fit for the part of Sabrina and Harrison and Kinnear were excellent as well. And great supporting actors -- especially Nancy Marchand. Would highly recommend to others ----- its one of those rare movies that you can watch over and over again.
34 people found this helpful

garguyReviewed in the United States on March 17, 2019
1.0 out of 5 stars
Waste of Two Hours
Verified purchase
Well first of all, Linus (Harrison Ford) looked SO much older than Sabrina that I thought he was her dad. So when *SPOILER* he kissed her, I was disgusted for the thirty minutes it took me to realize that he actually wasn't. It left me a sour taste in my mouth, something that even the finest meal by Gordon Ramsay wouldn't even begin to combat. Then, the whole drama between Linus and David was wildin' and frankly, I don't understand how David could slice his tushie by sitting on a wine glass. In the end, Sabrina cLeArLy ends up with the wrong person, and she takes back Linus, who obviously was using her the whole time and will probably go on to make some Parisian business in the which he completely ignores her #sabrinadeservesbetter2k19 I was left to scream at the TV for the last thirty minutes. When Sabrina saw Linus on the street in Paris, she should have made like a tree and GOTTEN OUT OF THERE but instead she was wooed by his gray, old man hair and was instantly swept back into a life of treachery. Meanwhile, David is left to run the company instead of being able to freely sit on MORE wine glasses as he chooses, probably being forced to spend the rest of his life crying himself to sleep over the utter lack of Sabrina in his life. Also if Sabrina and Linus got married that would be wacko. Basically the whole thing was a romance story with a VERY (probably at least 30 year) large age-gap that made me highly uncomfortable, and the whole stealing-the-bae-between-the-family thing was an eye-opener into a whole new world of disgust. I wish I had watched Phineas and Ferb instead.
19 people found this helpful

SueReviewed in the United States on November 1, 2020
5.0 out of 5 stars
Don't miss this one!
Verified purchase
Somehow, during the time I was raising five kids, this movie came and went, and I never saw it. But during a recent slow weekend when I had some time, this movie popped up on my recommended list and I gave it a shot. I thought maybe it would feel tired and altogether out-of-date, but it was wonderful! I loved the pacing, loved the love story between the two main characters, loved the morality that showed up in the story, loved the beautiful, happy ending.....There are so many lousy movies that are made. This is not one of them. I don't think they make stories and movies like this anymore, and everyone is poorer because if it. Well worth your time, and a wonderful film. Highly recommended!
9 people found this helpful

ABS123Reviewed in the United States on February 12, 2017
4.0 out of 5 stars
Nice Movie to Watch
Verified purchase
I had seen the original version of this film with Audrey Hepburn and after watching this newer version, I must say, I was pleased seeing Julia Ormond doing justice to the plot just as well as Audrey Hepburn did. The plot is similar to the original version in that the two wealthy brothers vie for the love of their choffeur's daughter. There are some funny scenes in the movie but the main theme of the movie is romantic with some interesting underlying subplots involving character's struggles in carrying out their daily lives. I thought the acting by Julia Ormond deserved 4.5 stars with 3.5 stars for Harrison Ford and 3 for the rest of the lead characters. Overall, the plot was quite interesting and kept me glued to the screen to the end, even though I knew how it would end. It is a family-oriented movie and fun to watch, with neither sex nor violence, so I recommend it to all ages older than 12.
32 people found this helpful

seafanReviewed in the United States on March 4, 2017
5.0 out of 5 stars
Romantic movie and Romantic sound track - double stars!
Verified purchase
One of the best remakes of a golden classic by the same name. Well worth watching no matter as a romantic evening or a night alone with a glass of wine and warm blanket. This is one of my all time favorite romances - right along with You've Got Mail, The Shop Around the Corner, Pride and Prejudice (with Mathew Macfadyen), Under the Tuscan Sun, and Lost in Austen, and People Will Talk. I highly recommend this movie, and the soundtrack. It is one of the most romantic soundtracks ever.
27 people found this helpful
See all reviews
Back to top
Get to Know Us
Make Money with Us
Amazon Payment Products
Let Us Help You
EnglishChoose a language for shopping. United StatesChoose a country/region for shopping.
© 1996-2022, Amazon.com, Inc. or its affiliates