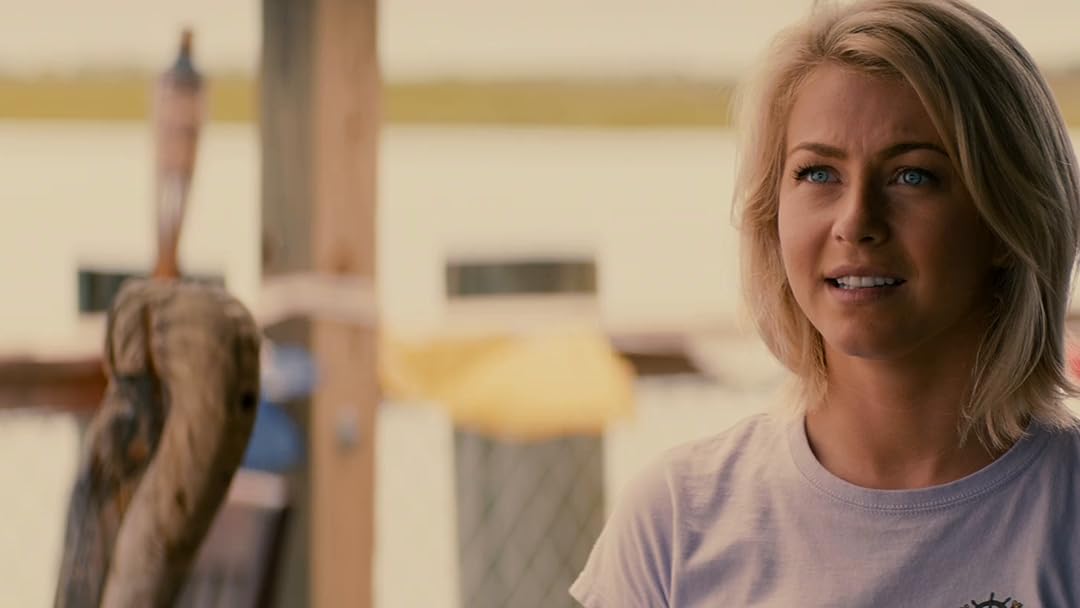 (12,334)
6.61 h 55 min2013PG-13
A young woman with a mysterious past lands in Southport, North Carolina where her bond with a widower forces her to confront the dark secret that haunts her.

KenReviewed in the United States on December 1, 2022
5.0 out of 5 stars
Wonderful movie
Verified purchase
One of my favorite Sparks novels. Surprise ending. Loved it.

FreddyReviewed in the United States on October 11, 2022
4.0 out of 5 stars
ok
Verified purchase
Interesting

BunnyhbReviewed in the United States on September 21, 2022
5.0 out of 5 stars
The Best
Verified purchase
Very good movie

TrotvaReviewed in the United States on August 25, 2022
5.0 out of 5 stars
Cute movie
Verified purchase
This is another of the woman being in bad relationship movies. Like JLo in, Enough, Julia Roberts in Sleeping with the Enemy. All 3 very entertaining.

A.Q.L.Reviewed in the United States on May 11, 2013
4.0 out of 5 stars
Enjoyable -- forget the bad reviews
Verified purchase
I've never been a fan of Nicholas Sparks; I read A Walk to Remember when I was in high school at the recommendation of my friends who all cried and went bananas over the book, but I was unimpressed. Since then, I've been turning my nose up at anything having to do with Sparks. And then, for some reason, maybe because it was so cheap, I bought the book Safe Haven on my Kindle, blew through it in no time, and found that I actually enjoyed the story, especially because the book allows readers into the mind of the man after the heroine.

It follows then that I had to see this movie.

Katie (Julianne Hough) is a girl on the run -- from what the viewers don't know, but it's not that hard to figure out. If you're one of those viewers who falls for every, single thing shown on screen, then what she's running from may come as a surprise, but then I just feel sorry for you. She makes her way from Boston to a small town in (North?) Carolina. Location doesn't matter. What matters is that she's found her "safe haven," far from whatever troubles she had been running from. She makes friends with a little girl, Lexie, who's father, Alex (Josh Duhamel), owns the general store right on the water. Katie also makes another friend named Jo, a woman who claims to be a neighbor to Katie's teeny shanty in the woods. Katie frequents the store to buy rice and paint and what not and continues to be friendly with Lexie, which of course interests Alex, as does the mystery of her appearance in the town at all. Cue the mellow tunes, show the waves lapping, show small town people walking down the street, have a parade, catch fish, go canoeing... These things, however, do not mean that this movie is your typical rom-com. I'd call it more of a wannabe thriller/romantic movie. It's not really funny. Forget the com.

While I'm glad I didn't pay theater prices, it's worth a rental, especially if you like good looking people frolicking in idyllic settings, making goo goo guys at each other, with a happy ending that'll make you go, "Aww..." and "Holy crap!" at the same time (if you haven't read the book that is... if you have, then obviously nothing will come as a surprise.)

I was annoyed that Julianne Hough's character, Katie, wasn't as terrified or vulnerable as her novel counterpart. Her genuine fear of men is part of what made the book interesting, and I didn't get the sense at all that she was afraid of Alex in the same way she is in the book. The movie would've been more interesting if they filmmakers had characterized Alex and Katie in the same way. (And don't even bother saying to me, "But they have to make changes in order to adapt from page to screen." Bull honky.)

Despite the missed opportunities in terms of characterization, I still found myself rooting for Katie, so if you like these two actors, like this book (and won't freak the **** out by some changes), then you'll most likely enjoy this movie.

Hannelore G. DillReviewed in the United States on August 30, 2022
5.0 out of 5 stars
Love it
Verified purchase
Love it - thanks

SandyReviewed in the United States on June 14, 2022
5.0 out of 5 stars
Absolutely great movie.
Verified purchase
Part way through the movie it stopped and to rewind it it takes you back to the beginning so then you have to fast forward and you get by that spot in a little bit later it gets another spot that stops but it is an awesome movie

PamReviewed in the United States on March 28, 2022
5.0 out of 5 stars
Thought provoking romance
Verified purchase
This is a new favorite. Domestic violence seems to be a common problem unfortunately. This story is about a women who runs away and finds a better life and a better man. Katie is wary at the beginning; but as time passes, the horror of her past starts to fade. More realistic than many films on this subject. It details the lengths Katie goes through to escape. It also points out how far her husband goes to find her to resume their violent relationship. Totally believable with a great twist at the end. I love this movie.
See all reviews
Back to top
Get to Know Us
Make Money with Us
Amazon Payment Products
Let Us Help You
EnglishChoose a language for shopping. United StatesChoose a country/region for shopping.
© 1996-2022, Amazon.com, Inc. or its affiliates