The Saga of the Renunciates (Darkover Book 3) and millions of other books are available for Amazon Kindle. Learn more 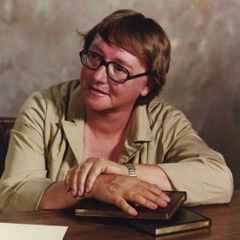 The Saga of the Renunciates Hardcover – January 1, 2002

by Marion Zimmer Bradley (Author)
4.7 out of 5 stars 108 ratings
Book 3 of 6: Darkover Omnibus
See all formats and editions
Sorry, there was a problem loading this page. Try again.
Read more Read less
Previous page
Next page

Page 1 of 1 Start overPage 1 of 1
Previous page
Next page
Start reading The Saga of the Renunciates (Darkover Book 3) on your Kindle in under a minute.

4.7 out of 5 stars
4.7 out of 5
108 global ratings
How are ratings calculated?
To calculate the overall star rating and percentage breakdown by star, we don’t use a simple average. Instead, our system considers things like how recent a review is and if the reviewer bought the item on Amazon. It also analyzes reviews to verify trustworthiness.
Top reviews

Kindle Customer
5.0 out of 5 stars Brave women finding a unique path in a male dominated society.
Reviewed in the United States on February 10, 2016
Verified Purchase
This book has very well developed characters, a good plot line and a unique perspective on women surviving in a very male dominated society. I am a long time fan of the Darkover novels and found this collection of stories so much fun to read I couldn't put it down. Fantasy and science fiction combined in a believable context. Also there is a love story between women on so many different levels. If you are homophobic some of this may bother you but there is no graphic sex just implied and only a microscopic part of the story. Most of the love story here is bonding on a mental level and is what makes these books so different. Learning about natives of Darkover and what makes them so special is fun.
Read more
2 people found this helpful
Helpful
Report abuse

NFLA Mom
4.0 out of 5 stars 5-Star Story, 3-Star Kindle Scan
Reviewed in the United States on March 7, 2016
Verified Purchase
5-stars for the story, 3-stars (being generous!) for the "Kindle-ization." Not as bad a some scanned-in Kindle books, but enough words wrong/missing/etc. to be distressing; I really wanted to grab my tattered paperback and do a page-by-page but sent it on to Goodwill instead. After all, I KNOW the words from several readings over the decades. I feel sorry for any new readers who are likely to wonder why us old-timers heap such high praise on ancient writers who seem oblivious to spelling/grammar/word choice or usage/etc., and agree with a comment I read somewhere from another aggravated-but-loyal reader wishing publishers and/or AMZ would make some provision to permit avid detail-freak readers to make or at least more-conveniently note errors for updating by those "in charge."
Read more
6 people found this helpful
Helpful
Report abuse

me
3.0 out of 5 stars Hasn't aged well...
Reviewed in the United States on February 4, 2020
Verified Purchase
I read these decades ago when I first discovered the Darkover series. I was happy to find the books as a bundle that could be used on the Kindle text-to-voice feature. I was disappointed that they seemed too stridently "fem-lib" (all men are bad...etc) for todays culture. They are still good stories in an interesting fictional world, but other Darkover books have aged better.
Read more
Helpful
Report abuse

schristy
5.0 out of 5 stars Searching for truth.
Reviewed in the United States on March 21, 2018
Verified Purchase
This a definitive series of books that display the culture of Darkover and how it interacts with the Terran Empire and the changes that befall both of their peoples. One culture is a space traveling entity and the other is more feudal with strict gender roles. This story follows the life of a group from both sides and shows how they adapt. Thought provoking and dazzlingly written.
Read more
Helpful
Report abuse

Nanakitteh
4.0 out of 5 stars Three books in one
Reviewed in the United States on April 4, 2017
Verified Purchase
The Shattered Chain, Thendara House and City of Sorcery. Tales of Magda the Terran born on Darkover and Jaelle, who both become Renunciates and their times together. In the first book, it's mostly about Magda who lives as a Terran Intelligence on Darkover. The second book is a crossing of lives: Madga lives in the Renunciates Guild house and Jaelle lives with the Terrans. The last book is a very long travel took Nevarsin, city of snows and beyond. It is very philosophical.
Read more
Helpful
Report abuse

Therin
5.0 out of 5 stars Darkover Series
Reviewed in the United States on October 24, 2013
Verified Purchase
Until reading the Darkover Series, I had read little of this Author past "The Mists of Avalon," which totally captivated me. I was looking for a fantasy series that would hold my interest and stretch my imagination in ways it had not been challenged previously. This series does an amazing job in creating an entire world, a new planet, including climate, suns and moons. The characters are fun, creative and the ideas are fun well worth reading and considering. This was my favorite.
Read more
2 people found this helpful
Helpful
Report abuse

R. Roderick Rowe
5.0 out of 5 stars Delving into the battle of the sexes
Reviewed in the United States on October 21, 2016
Verified Purchase
And found much more than expected. This world of Darkover sometimes seems more real, more fleshed out and complete, than the mundane world I am forced to live in. I was amazed that an artist, as an author, could make me feel headblind in the absence of laran, yet that is exactly what Bradley has done.
Read more
Helpful
Report abuse
See all reviews

Grey Lady
5.0 out of 5 stars Great read, original and interesting characters
Reviewed in the United Kingdom on February 25, 2008
Verified Purchase
I enjoyed this book very much. I got "hooked" to Darkover through the Spell sword and the Forbidden Tower, but this book is even better than those two (although as I said I enjoyed them as well!).

Although having read Marion's work on early Britain, Troy and Atlantis, Darkover was a nice original surprise. And this book especially. Well, actually, it's three books, but once you start off with the first you just won't stop reading until you've also finished the third! The two central characters, two renunciates from very different origins, develop a great deal during the course of the books, but remain interesting all the time.

The Dry Towners are a bit simplistic, although to be honest, I just couldn't help thinking about the Taliban and their view of women when I was reading that particular part. And, as I have very strong negative feelings about the stupidity in being afraid women might sometimes be more intelligent than certain men are, and then just forbidding schooling altogether, I quite liked reading this part anyway even if it was simplistic.

But the reading about the very different cultures (Darkovan and Terran), as well as the clash between them, were terribly interesting. You must have a high developed imagination just to put the strorylines together.

I also liked two side characters very much, Rohana in the first two books, and of course Camilla in all three of them.

Finally, I enjoyed meeting up with some of the characters from the two earlier books. But, if I had not read those, I am sure it would not have a problem whatsoever. You truly can read every Darkovan novel in itself. But, if you do read more, it's just nice to meet up with old friends!
Read more
Report abuse

Kindle Customer
4.0 out of 5 stars A great exploration of gender roles in society
Reviewed in the United Kingdom on February 25, 2006
Verified Purchase
While some of the other reviewers have considered this a feminist work, I would rather deem "The Saga of the Renunciates" a look at the chains that both men and women bind themselves with, willingly and not so willingly. Trying to free ourselves from our previous roles can often lead us to new chains and so the dance goes on. At the same time, I do realize that the chains that men bind themselves with are a whole lot more pleasant than women get to, so in that sense this is a feminist work. I would call it a sociological study of a potential society or perhaps even a sociological study of our own societies. All of the different customes portrayed in it are found in one place or another on this world.
As the other reviewers have stated, this is a highly entertaining read. There was suspense, humor and sadness throughout. Magdalena, Peter and Jaella's characters are enjoyable to get to know. The fact that I got to follow them through a long period of time in these three books (though Peter had a tiny role in the last book) made it even more pleasing to read Bradley's work. This is a book that I have read before and will come back to later.
Read more
Report abuse

april
4.0 out of 5 stars ok
Reviewed in the United Kingdom on February 27, 2020
Verified Purchase
i did not remenber all the agonizing...all the swirling emotions...i read it, years ago, for the adventure...still good, just much more conflict than i recalled...
Read more
Report abuse

S. Loftus
5.0 out of 5 stars One of the Best Darkover books
Reviewed in Italy on September 25, 2017
Verified Purchase
I am slowly working my way through the entirety of the Darkover chronicles. Written as they were, when authors were often paid a penny per word, these books can be a bit uneven - this was great all the way through! Loved it.
Read more
Report abuse
Translate review to English
See all reviews