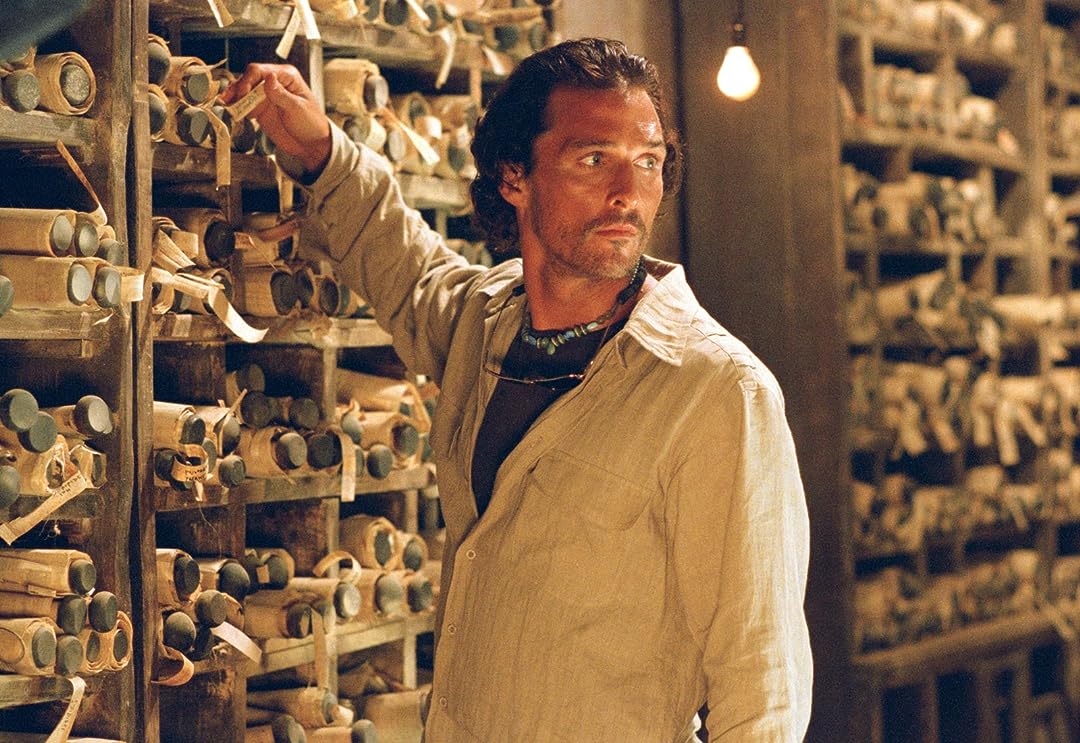 (3,949)
6.02 h 4 min2005X-RayPG-13
Dirk Pitt takes on the adventure of his life when he embarks on a treasure hunt through some of the most dangerous regions of West Africa. Searching for what locals call "The Ship of Death", a long lost Civil War battleship.

Victoria KingReviewed in the United States on July 14, 2018
5.0 out of 5 stars
Fun movie
Verified purchase
I believe when this movie came out the critics panned it. Well, obviously! It's a fun movie to watch. There are some nods to politically hot buttons, but, overall, it's just fun. I loved that the character played by Penelope Cruz was not one of those scream-all-the-time women. She was also not a man-hating person. The repartee among the main characters was also great.
69 people found this helpful

Bhatta's ReviewsReviewed in the United States on March 3, 2019
4.0 out of 5 stars
Sidekick Awesome!
Verified purchase
This movie is not new. Granted it failed to recoup all of its costs and counts one among the biggest box-office movie failures. But, The movie has still some entertaining value. Granted nothing that takes place in the movie can be treated seriously and that is the whole point in 'wholesome nonsense' type of entertainment.

Not all movies needs to be historically correct and not every move has to have a serious adventure. The movie does have some mindless adventures, utterly absurd and ridiculous plot. But a lot of laughter, chuckles and punch-lines that keeps you entertained especially by the sidekick Steve Zahn who plays the role of Al Giordino.

I loved watching it. Rating it with four stars!

Kim43Reviewed in the United States on August 25, 2016
5.0 out of 5 stars
G-R-R-E-A-T!!!
Verified purchase
I loved it! I've read many of his books, including "Sahara"& totally disagree w/ what some of the other reviewers had to say about Mr. Cussler as an author. He has become one of my favorites. I appreciate the minimal profanity, the lack of sex & nudity, the frequent injection of humor & the un-put-downable nature of his story lines. Most of his books have made the NY Times best seller list. I believe "Sahara" made the transition to the big screen beautifully. It held my interest from start to finish, & I wasn't left feeling that anything of importance was omitted. I'd highly recommend it to anyone who likes action/adventure flicks.
69 people found this helpful

aleyayatReviewed in the United States on March 1, 2019
5.0 out of 5 stars
Fun and clean!!
Verified purchase
I really enjoyed this movie. The acting was ok and the theme interesting and relevant. Also, its a balanced film in terms that it avoids the usual stereotyping of certain groups of people, religion, or nationality. But what I like the most is that is not loaded with sexual and erotic unnecessary scenes that add nothing to the movie which is almost nonexistent this days. Actually there are no SEX scenes!!! Its all about the adventure and doing the right thing. So it is possible to watch it with the whole family.
27 people found this helpful

DesperadoReviewed in the United States on May 24, 2019
1.0 out of 5 stars
To much BS
Verified purchase
Yeah your typical action flick, fight scenes to long, bad guys shoot like the A-Team, story line all over the place. At one point in the movie They start out over the desert no money, food or water in a foreign country. They have an AK 47 that has an endless number of bullets (in the chase scene at the end). The helicopter straffing the boat, making passes like a plane instead of just hovering over it and shooting them to pieces. They see this solar plant out in the middle of the desert, then say hey let's check it out, I want spoil the rest of it for you. But if you want a realistic movie this isn't close.
22 people found this helpful

RDDReviewed in the United States on November 8, 2020
5.0 out of 5 stars
A Great Action Film Worthy of a Franchise!
Verified purchase
Breck Eisner’s 2005 film, “Sahara,” adapts the 1992 novel of the same name by Clive Cussler. In the story, Dirk Pitt (Matthew McConaughey), Al Girodino (Steve Zahn), retired Admiral James Sandecker (William H. Macy), and retired Commander Rudi Gunn (Rainn Wilson) work for the NUMA organization to recover sunken antiquities and shipwrecks. While in Africa, Dirk starts looking for a Confederate ironclad that fled Virginia near the end of the Civil War laden down with gold and supposedly made it to West Africa. Along the way, they must help Dr. Eva Rojas (Penélope Cruz), a doctor with the WHO, who discovered what appears to be a plague spreading through the water in Mali. Her investigation raises the hackles of local warlord General Kazim (Lennie James) and Yves Massarde (Lambert Wilson), a businessman working with General Kazim, so Dirk and Al must postpone their search for the Confederate gold to help Dr. Rojas uncover the cause of the plague. The production on this film is wonderful, with great character development, tense action scenes, and some real comedy. It’s everything a movie viewer could want in an action flick. Unfortunately, it doesn’t look like there will be a sequel anytime soon, which is a pity as McConaughey, Zahn, and Macy make a good team.
6 people found this helpful

joel wingReviewed in the United States on January 24, 2021
3.0 out of 5 stars
It's a big fun action adventure
Verified purchase
Three treasure hunters Dirk (Matthew McConaughey), Al (Steven Zahn), and Rudi (Rainn Wilson) along with two World Health Organization doctors Eva (Penelope Cruz) and Frank (Glynn Turman) all find themselves in Mali which is run by a warlord General Kazim (Lennie James). Dirk and company are looking for a missing Confederate ironside with gold inside while Eva and Frank and looking into a disease breaking out in the country. As you can guess the two stories converge.

The movie has plenty of action as Kazim’s men are after the foreigners. There’s chase scenes and gun play with some light moments thrown in as well. There’s also a mystery element as Eva and Frank investigate the outbreak. It even goes over the top at certain moments like when Dirk and Al create a land cruiser in the middle of the desert. You have to see it to believe it. It’s all a lot of fun.
C
4 people found this helpful

TigerlillyReviewed in the United States on July 15, 2018
4.0 out of 5 stars
Great Saturday Night Flick
Verified purchase
Bond inspired action adventure wherein British cool is replaced by American/Navy Seal audacity and humor. (There are also parallels between this movie and "National Treasure", the Indiana Jones movies, and "MacGyver".) The cinematography is not as beautiful as in a Bond film, but is very good. The soundtrack is fun and the Bond feel is laid on thick with the music during the action sequences. (I wonder if they had to pay royalties to cover any copyright infringement). Overall, it's a fun and entertaining action film. It would have been great on a big screen. There were a few moments I had to suspend disbelief, but it was easy to do as I was having a good time. The one misstep, was not telling us what happened to the money or the why of things. But I still enjoyed it.
20 people found this helpful
See all reviews
Back to top
Get to Know Us
Make Money with Us
Amazon Payment Products
Let Us Help You
EnglishChoose a language for shopping. United StatesChoose a country/region for shopping.
© 1996-2022, Amazon.com, Inc. or its affiliates